Moderator
In North West Leicestershire, near Leicester, lies the Charnwood Forest area. Although the name suggests otherwise, it is not a forest but a hilly, stony area with stretches of shrubs and trees.
For centuries the very hard stone from Charnwood has been used as a hone: Charnley Forest. Very hard, because of a kind of novaculite, like black Arkansas, which made it very difficult to flatten the stones. Most of the time the stones were then used to maintain tools, and later, when the stone became flatter, things like chisels, knives and finally razors.
The stone is very slow. As a razor finisher you need 50-100 strokes, and more is not worse. In the 1880s-1890s the first synthetics came to England, the Wachita-Hones etc., which were much much faster, and that was the end of Charnley Forest. So that means that the stones that exist are from before that time, and the beautiful individual wooden boxes in which they come, too. The stone is mostly green, but can have red lines or areas, as you can see on this picture of my stone: 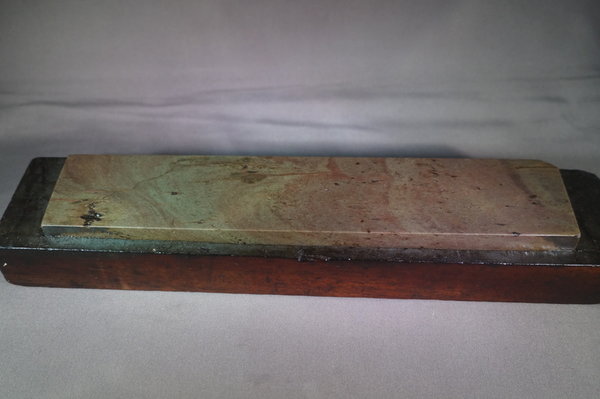 The Charnley Forest is an oil stone, but can also be used with water. With water it is best to add a drop of dishwashing liquid, otherwise you will just push the water off the stone. Although you can't really talk about grain size with natural stones the CF is often used with water compared to grain size 15k-16k, with oil it is more likely to be 20k+. So with oil the results are sharper, but imho also softer than with water, and I experience the CF as a soft stone anyway. There are those that experience the CF edge as too sharp however.
A facet polished by CF is like a mirror, but can also be slightly "cloudy". Both is fine.
An’ I don’t need no safety razor, neither.

Nothing to add to Richards comments about the CF; a great finisher, hard to get lately.
Here’s my CF. 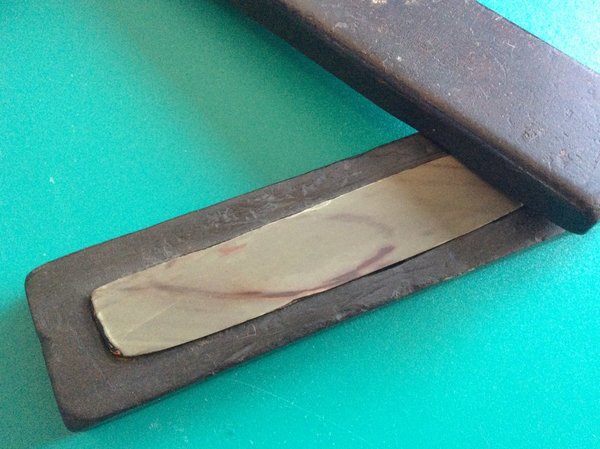 Here is my shallow friend from charnley forest.

It measures 8 by 1 inches and was selled as Llyn Idwal but I've learned that LI cannot have red inclusions and it must be a CF.
It is also a true finisher and much finer than my other Llyn Idwal.
I use it more often with slurry (created by rubbing another small piece of CF) followed by soapy water, seldom i take a ballistoil diluted with water. 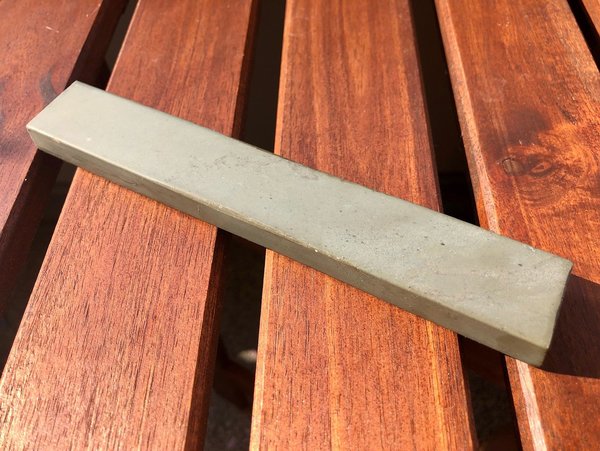 When whet a lovely pattern comes out on its surface. 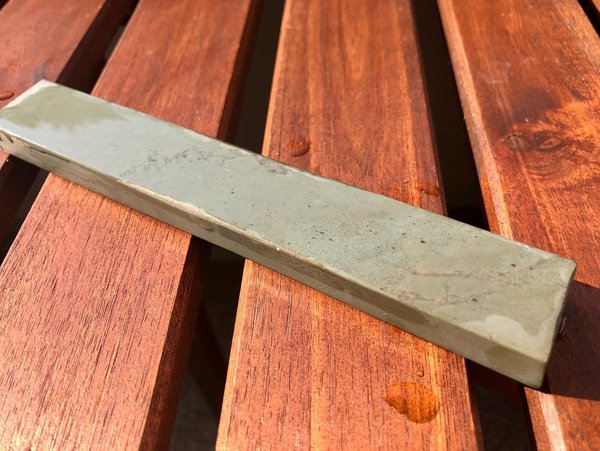 The red inclusion which to my knowledge identifies it being a Charnley Forest hone, another red inclusion (same appearance) runs also out of the back side of the stone. 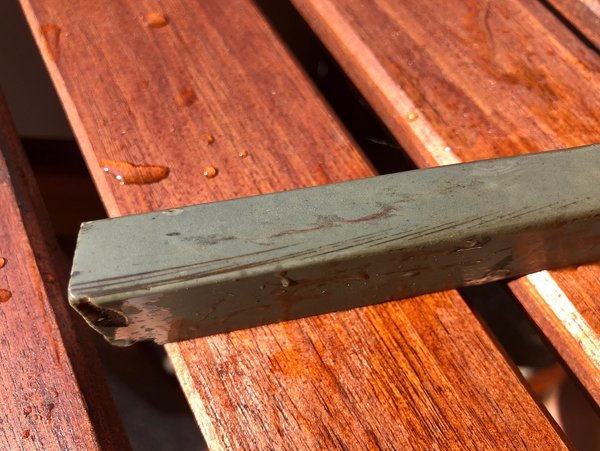 The Robin Hood slate stone recently found in Sherwood Forest is supposed to be a much better stone...

Great news, how about the "Robin Hood much better slate stone" - Thread?