Evaluate one of my hones please

you might know me from B&B or SRP. I have had the coticule im about to post for over 2 years, but never use it. I was just never able to get a decent finish with it, but in all honesty I never really tried. I just recently purchased a beautiful La Petite Blanche hone a few weeks ago, on the suggestion of Russell. Im trying to learn how to use it. I primarily hone on Shaptons on glass. I wouldnt say im a honemeister, but I do well on my own with occasional hairs being pulled out, and not for the HHT. So tell me what you think of this hone. I picked it up from Howard at the perfect edge awhile ago. 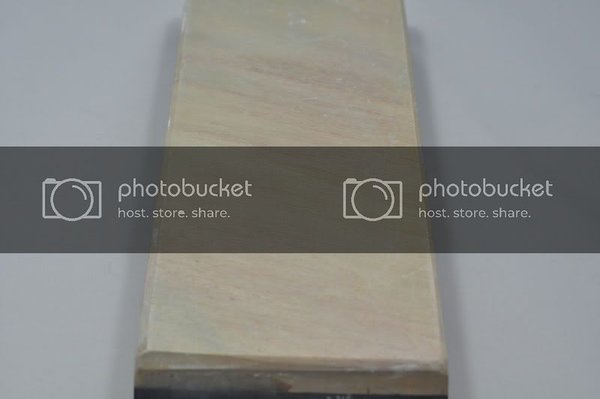 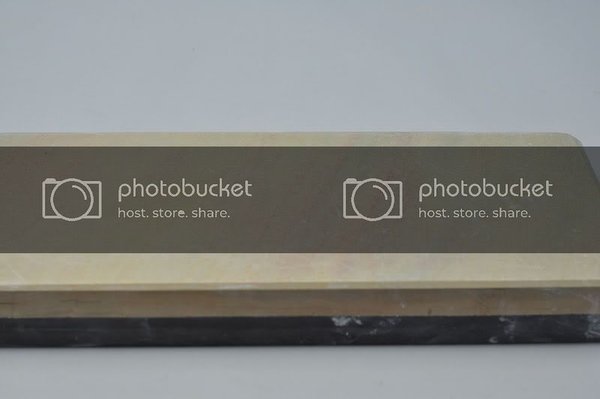 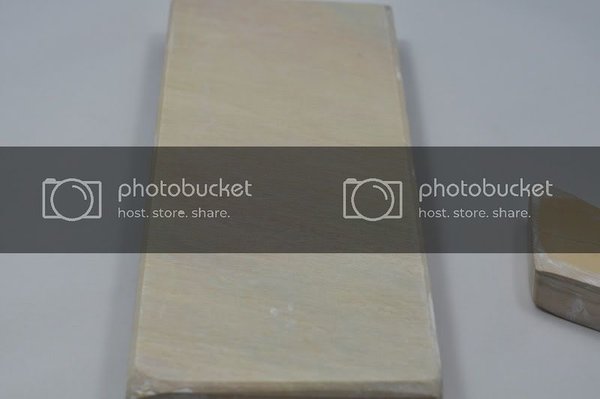 That is a lovely La Dressante. Probably of the fast side of that layer. Those with red stripes usually are, but I can't be certain of that without being able to assess the hone myself.

Honing on Shaptons, the first think I would do is to refinish a Shapton 16K edge on one of the Coticules,using water only on the surface. About 30 light laps should suffice. The edge will definitely have a different feel.
I know Russell recently made the change from synthetic to natural, so I hope he will chime in here with some additional markers for those who are used to honing with a setup of synthetic hones. Both naturals and synthetics each have their do's and dont's.

Other than that, I can recommend the Dilucot method as something that will be completely different than progressing through the Shapton setup. I am not talking about the end result, but just about the actual experience of doing it. Dilucot has a very organic aspect, that many around here find rewarding and relaxing. I don't know how much something like that would appeal to you, but I recommend trying it at least once or twice. There's an article in the Sharpening academy that deals specifically with this approach of honing. I often call Unicot a "method" and Dilucot an "approach", because that is how both relate to each other: the former very methodical, not unlike honing on synthetics, the latter more relying on a "feel" that needs to be developed.

By the way:
Welcome on Coticule.be, Isaac.

Thanks for the response. I did not think the stone to be that fast of a cutter, but that may be my inexperience. I talk to Russel a great deal and he is helping me out. Im trying to do a whole Dilcot method from bevel setting to finishing. Im going to try to move to the natural methods as Russel did.

I have noticed that i was having some issues with a blade I was working on. I have the heel shaving arm hairs after the bevel setting stage, but thats about it. Under the microscope, the heel has a shiny line where the edge is, while the middle and toe has a black line. I dont think its a wire edge, since ive heard its almost impossible to create one on a coticule. I just purchased some proper electrical tape, and will be going at it again tomorrow.

Hey Isaac, I was right on the 'La Dressante'. Glad Bart confirmed it as I am no Coticule expert by far, but I know what a good edge feels like on one now as I have only honed on 4 different coti's. I think your stone is pretty fast but maybe not as fast as your 'La Petite Blanche' from what you have described to me. Now that you have some decent tape, do what Bart said and retape a razor that had already been honed with tape and do some super light finishing strokes on water only and strop and shave. It should feel more like the edge of the razors I sent you to test. More mellow than off the shaptons.

Dilucot can be challenging at first but once you get it you won't turn back. In the beginning, if the Dilucot fails add a layer of tape and Unicot it, it will make up the extra keeness of a not so successful Dilucot.
You must log in or register to reply here.
Share:
Facebook Twitter Reddit Pinterest Tumblr WhatsApp Email Share Link
Menu
Log in
Register
Install the app
Top