Greetings from Down Under

I have been lurking around for a little while soaking up the information on the board. Thanks for this resource Bart!

I'm pretty new to shaving with the straight razor. Just over a month now so I feel like I have climbed the first few humps. I can give myself a perfectly good shave quality for going to work in two passes although the BBS is a long way off. Basically I have got together a basic skill set and am progressing from there.

I am also a long way away from any people offering honing services so I have been investigating hone options as I know my pasted strop is only a medium term solution to edge degradation and postage is likely to turn rehonings into a $40 a shot exercise :scared:

Having found this board I decided to try the coticule route. It seems like a stone that should provide good service refreshing the edge of my razors that I purchased shave ready and also provide some learning ability for razors that are in less good condition. I have a few likely candidates in for cheap on ebay to practice with. I have a 150x50 coti in the post from superior shave so I will likely start another thread once I receive it and start to learn the honing process. Other Straight razor boards seem to consider the coti more for advanced honers after you have managed the synthetic stones but I'm confident that with some application I should be able to learn this skill also.

Coticule honing isn't for the masters, or Ralfy and I wouldn't be allowed to touch one

When you get yours, we'll be here to help you along the way.

Sorry... couldn't resist
I'll admit, i don't think I would have been any further behind if I'd started with a coti. I spent a bit of time and more money than my wife liked on a bunch of synthetic hones, and finally settled on a coti as being the stone for me. I kind of wish i'd just started here. They really aren't that hard to learn.
But, at least you know where to come for great advice, a bit of witty reparté, and some pretty cool people.

G'day mate and welcome
As said from me, I actually started with a coticule, and if Paul and me can do it so can you.
Glad to have you aboard

Thanks for the welcome guys. I can't wait to have a crack at it. I have been watching the videos and reading, reading reading here.

I'm sure trying it will be the best for learning though. It was like that with the straight. At least it should be harder to slice my nose off on the hone
C

I am fairly new to using a Coticule and by no means am I an expert and so far I have done fairly well if I may say so myself. I have been able to get great shaves from the razors I have honed on the Coticule.

The instructions and advise that is given here will get you up to speed in no time.

nice to have you on board

Glad to have you on board!

Welcome friend,
It is very true that many would not be here if the coticule were a difficult stone. I personally cannot get an edge that I like off of my sythetics, therefore they are used to stabilize the table leg that I have been meaning to fix.
I am also sure that Chris would have hurt himself by now if they were all that difficult.
seriously, I think a lot of that has to do with the feeling you get when you are learning. As a person who recently went through this learning process it can be frustrating. I found that I would not get an edge no matter what I tried, but with careful practice and reading and reading and reading something finally clicked. It seems like, in my experience, that there is definitely a plateau in honing that once reached you get to play with small variations. Therefore 90% of the learning is actually done quickly, but once you get that edge you start the life long journey to perfect that last 10%.
ok, I'm done babbling.

I'll second that. Getting most of the way there is easy... it's the last little bit that takes the most effort. But i think thats true for most hones. or most anything in life, for that matter.

Thanks again for the warm welcomes.

I am hoping Santa gets to me by Xmas. A lump of coti will be much better than my usual lump of coal!

Welcome, PF, where are you in Australia? I've been to most of it and really had a great time. Do you guys still talk of "charisma"?
P

I am based in sunny Perth. Capital city of the Western state

I don't think we talk about "charisma" any more than is commonplace but the slang of each generation/time period changes so much. I am only 32 and I have no idea what the teenagers are on about these days

Perhaps you were the cause of this charisma stir DJ...do you resemble this fellow?? 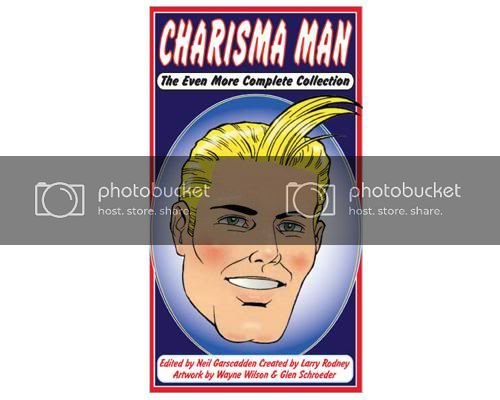 Have you been to Australia many times or just for one big experience?

I guess I will have to tell the story. I was in the USN flying down there to Perth for the most part, but also to Brisbane, Sydney, Darwin (ugh) and several other destinations moving people and cargo for the fleet. While having a few beers in a Sydney hotel bar with a local gent just to hear his accent, a great looking girl walked by wearing a halter top. She was literally hanging out of her clothes, fried eggs and everything. I nearly fell off the stool, but my new Aussie friend paid little attention other than remarking, "Ah, mate, yuv just d'scuvverd charisma." I bit, of course and asked him what the definition of "charisma" was in this context. He never missed a beat and said, "Yeah, pal, Charisma---that indefinable quality of gull with big titts." Trying not to blow beer through my nose, I asked him how come down here all the girls had charisma, thinking I had made a pretty snappy retort. Again, without losing cadence, he replied immediately, "Well, mate, if they a'int got big titts when they're born we kill 'em." Beer through my nose instantly. Either this guy was super sharp or he had been waiting for someone to ask that particular question for a long time.

I do have a small resemblance to Hawaii/California surfer dudes, and lived in both locations, but have not been exposed to Charisma Man. Reminds me of Max Headroom.

You mentioned not having access to honing services. I would suggest you try to get another razor to play with if you get hooked on open razor shaving, as you could easily look with disdain at cartridges.

If you would like, I have several very inexpensive though thoroughly serviceable blades and could send you one with a decent edge.

Guess this is the wrong forum but you may try this for your first razor
http://straightrazorplace.com/classifieds/showproduct.php/product/3168/cat/4

Not the wrong forum, however its definitely the wrong section of this forum, all commercial based posts should be kept to the marketplace only as per our rules:
Please, Log in or Register to view URLs content!

Besides that, our Aussie friend already has a straight or two from the way I read his posts?

A very acceptable idea would be to send him a message to suggest that he check out a post you place in the Marketplace, and include the SRP link there.

That story is a cracker. Over here in the West I guess most would have described the lass as "talented" :w00t:

Thanks for the generous offer of a honed razor! I will take a raincheck for now if possible as I want to learn a bit first and then maybe try an expert coti honed razor to assess my development.

I have a couple of shave ready straights purchased from on-line vendors. I also have a nice Sheffield razor from ebay that responded well to the pasted strop and is satisfactory if not quite as keen. I also have a couple of Ebay specials to take to the coti for practice before I attempt to do anything to my razors I know are in OK condition. I will likely post some pictures of these before I try anything to work out which is likely to cause me the least grief in the learning process.

Here is a pic of my Sheffield razor: 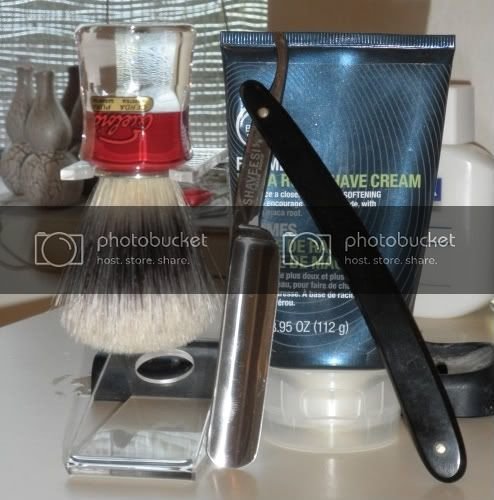 I am not in the military, I'm not sure why I use the term based really. I work in Agriculture, which is a bit dismal this year, a very bad drought in the West and flooding in the East has really impacted our growers of winter cereals.

Hardly any USN ships through Fremantle any more. Our working girls must have got too expensive?? :blink: :huh:

:
I remember during the gulf war the USS Missouri visited on it's way to or from before it was decommissioned. I am very glad I had the experience to stand on the place where Japan signed the surrender at the end of WWII. Probably the most historic thing I have got to do so far in my life!

Jan,
He is right.
Your intent was pure and helpful, and appreciated :thumbup:
But regardles of that, any direct references to sales belong in the MarketPlace section.