Moderator
Back in the old days, when I first moved away from cartridges, I was very much into straights. A, those were the days, talking about straights on the Dutch forum, have Joost advise me on what to buy first, and then show me how to hone, really nice. I digress, however.
In those days, I found a huge razorlot on eBay. Rockets, Parats, blades, straights, weird stuff I didn't know what to think of, all for a price which was below what this one NOS Schulze straight I spotted in that lot would normally cost by itself. Not knowing what I know now, I sold everything Gillette for way to cheap, kept the straights and wondered what these bent things were.
Well now, one was a DDR-era Golf aluminium slant, the other a plastic slant with big screw on the base of the handle and a logo of a house on the baseplate. Horrible shave, really, horrible. Sold it.
The, I figured these slants were weird enough to warrant more investigation, found a displaycase full of Mulcuto, a Fasan, an Apollo, and a collection was forming. Bought back the horrible shaving thing with screw in the bottom.
Years later, meanwhile more variations of this model had surfaced, a picture in the Compendium was discovered, that showed these razors were made by Otto Backhaus, and were branded Hohlraum. The crappy razor had a name. 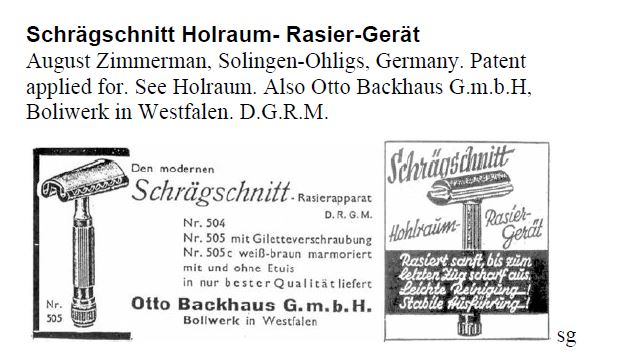 So. Here it is. The razors that started my Slant-obsession. 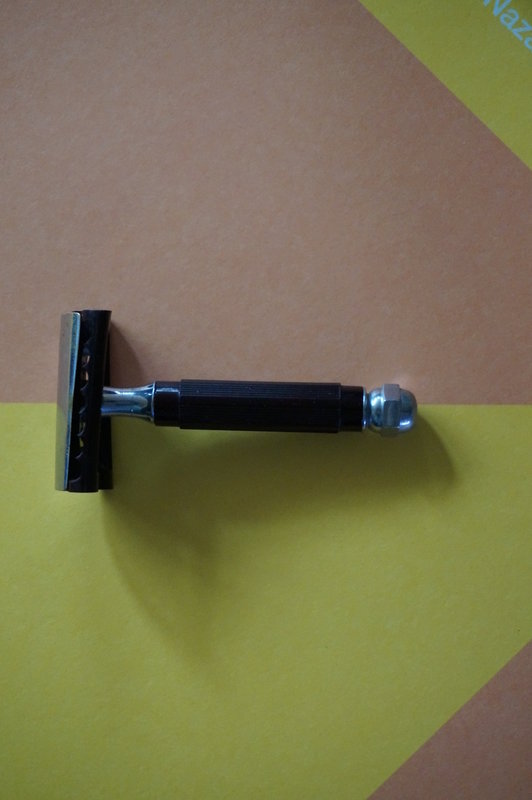 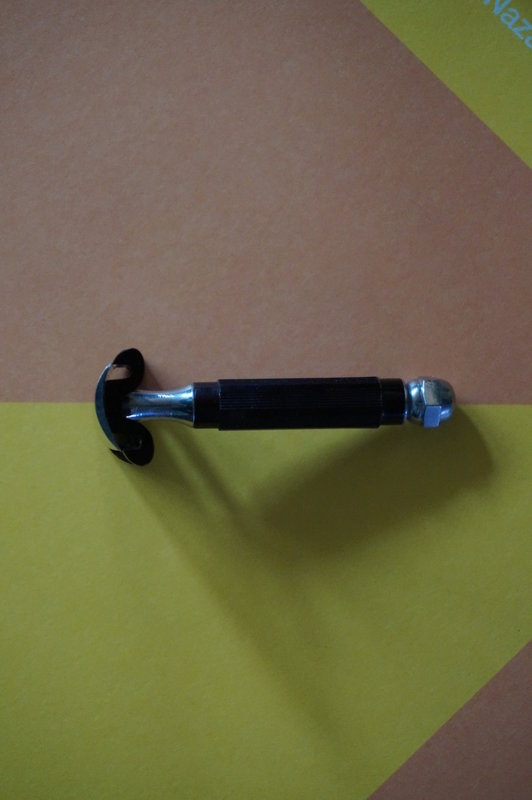 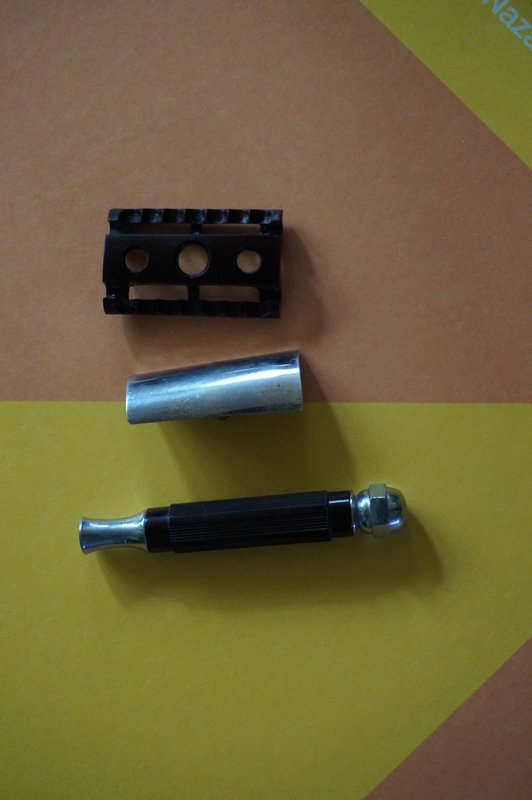 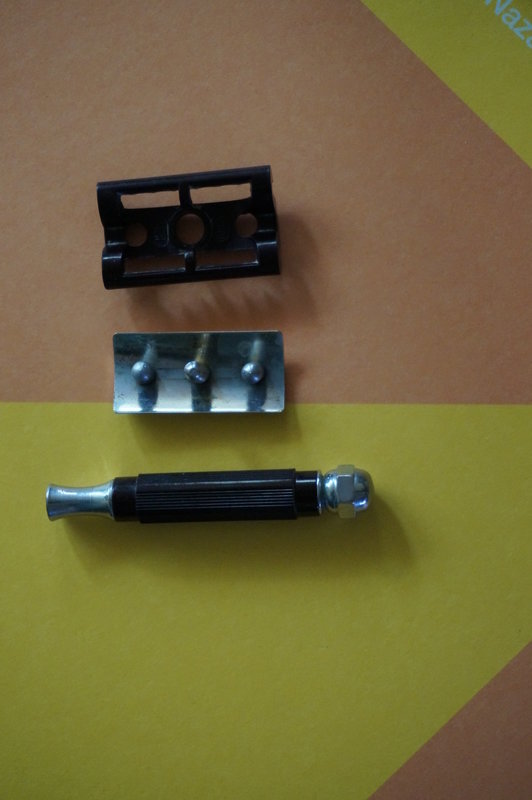 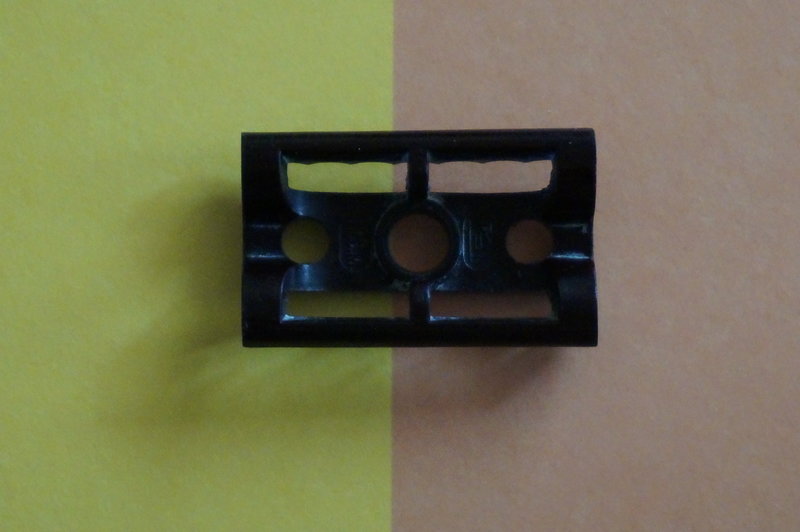 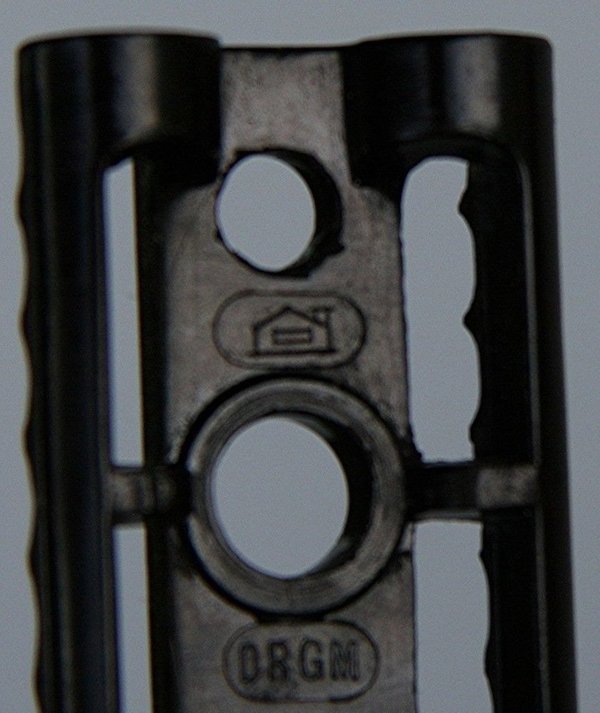 Moderator
Later, before the brand was found, I got this 504K. 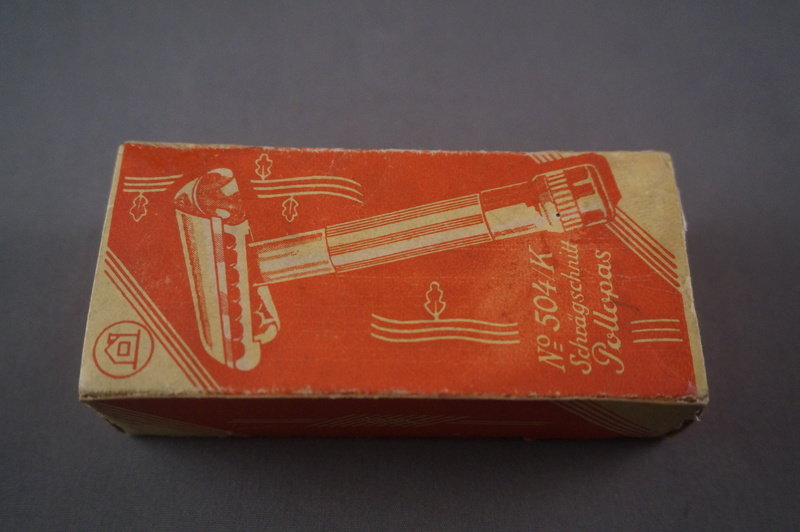 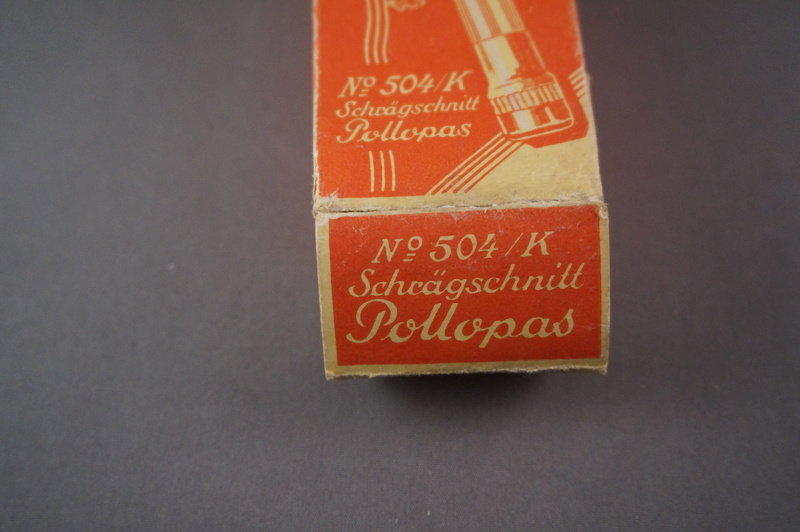 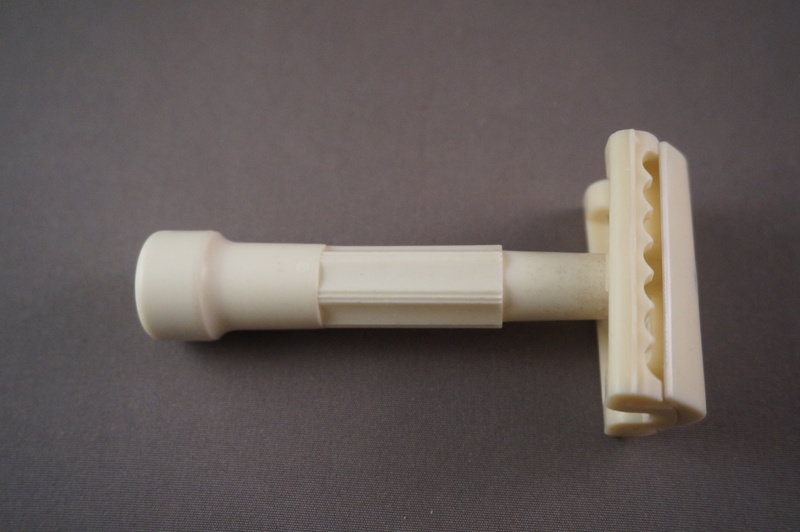 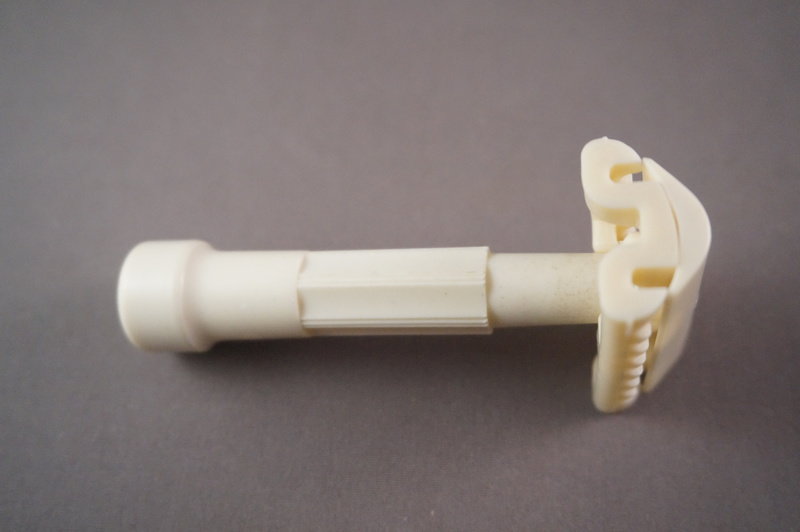 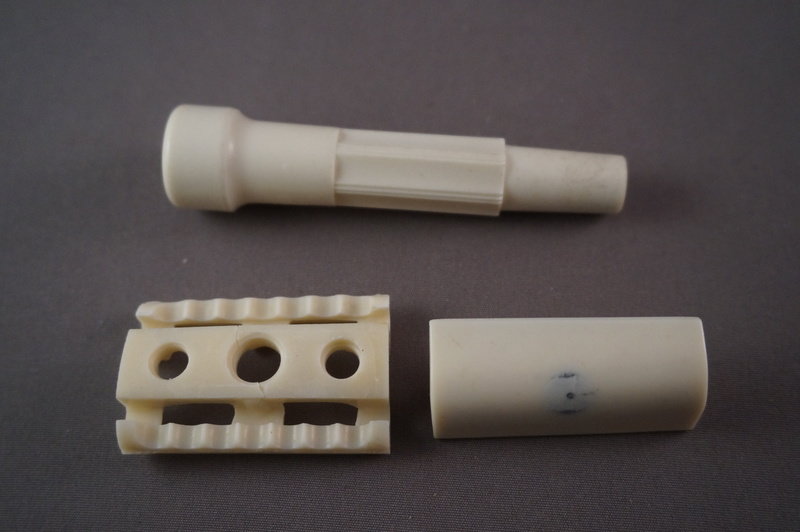 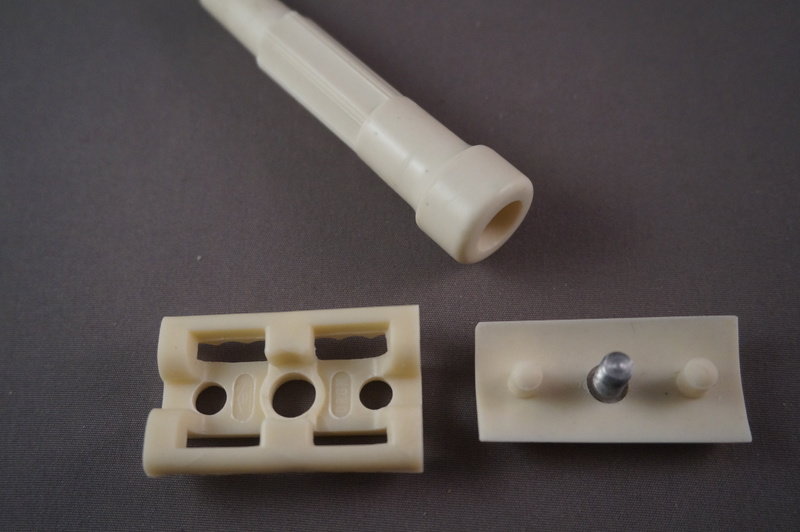 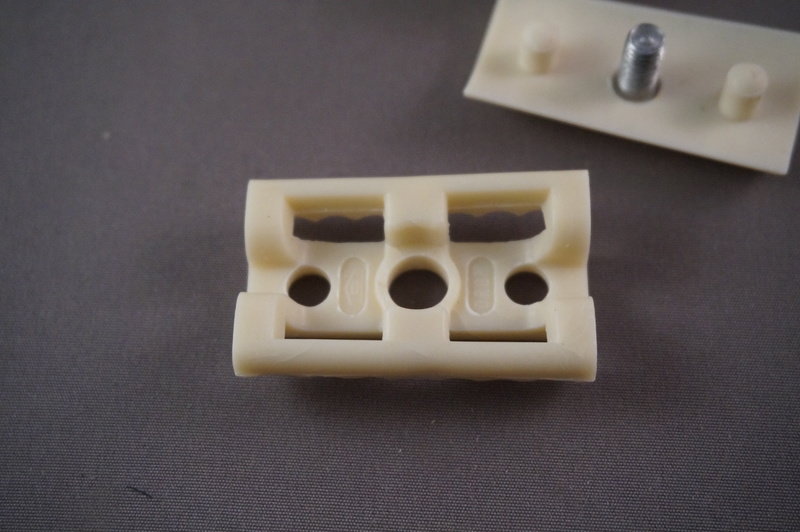 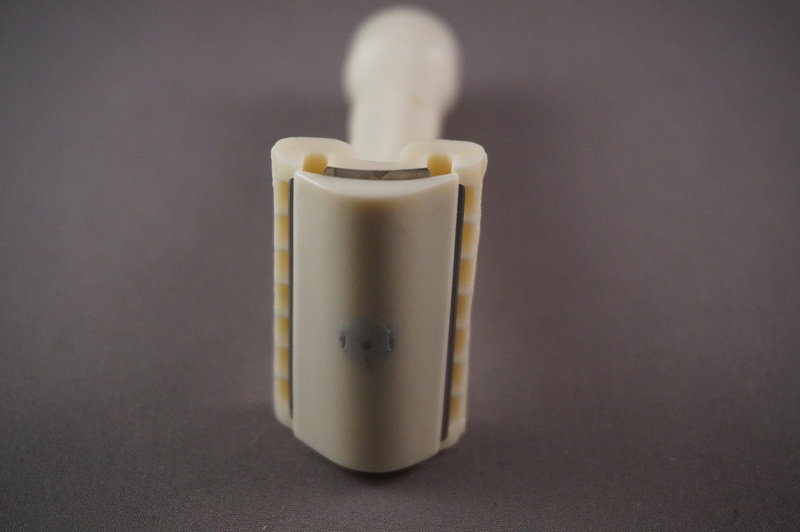 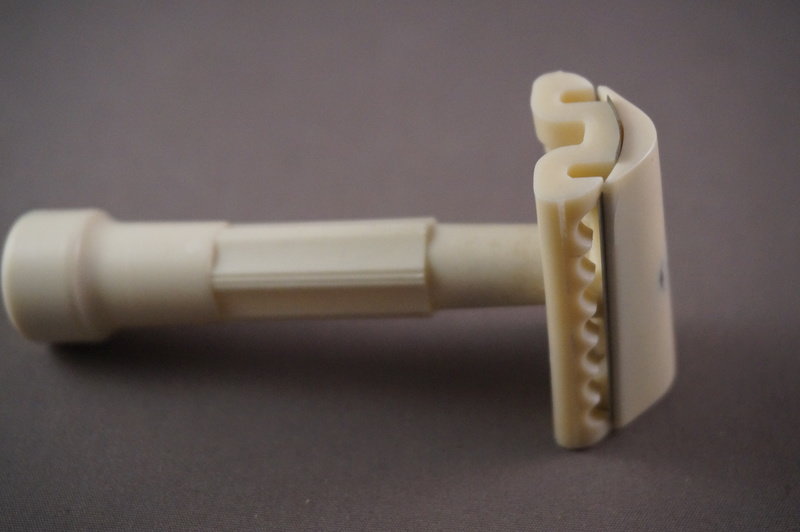 Moderator
Still more later, the 605 travelset. I do not believe the bladebanks belong to this set, however it is possible that like Gillette they basically took parts that were available and combined them. 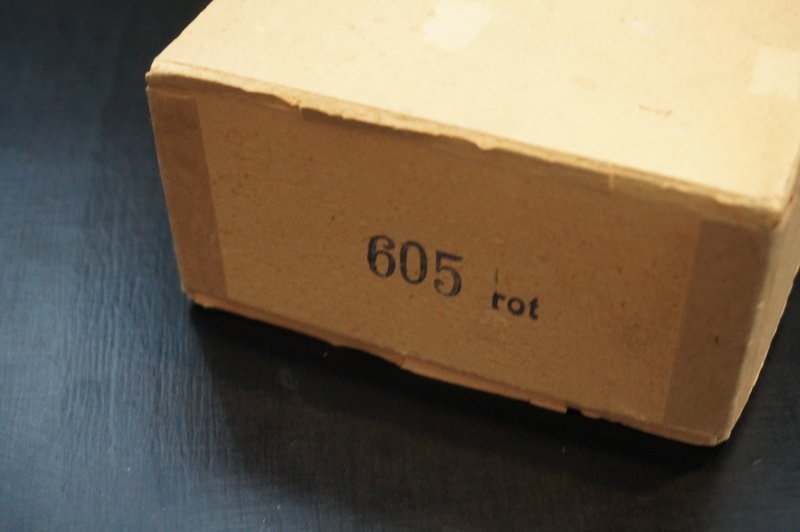 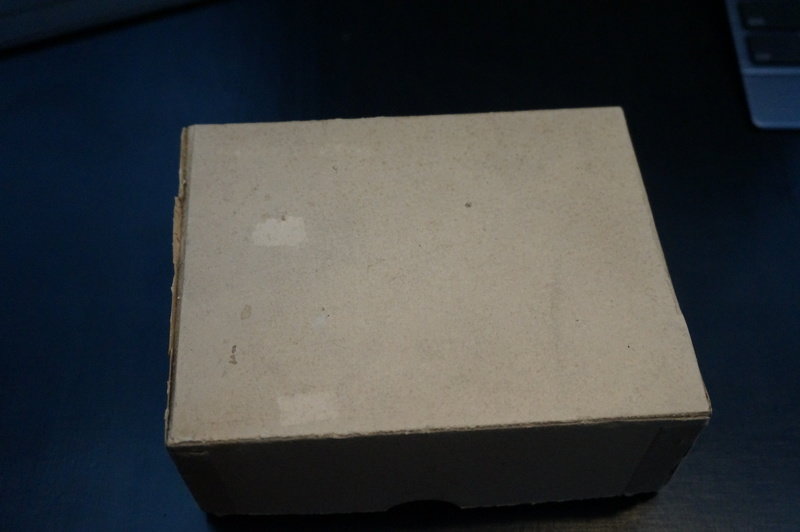 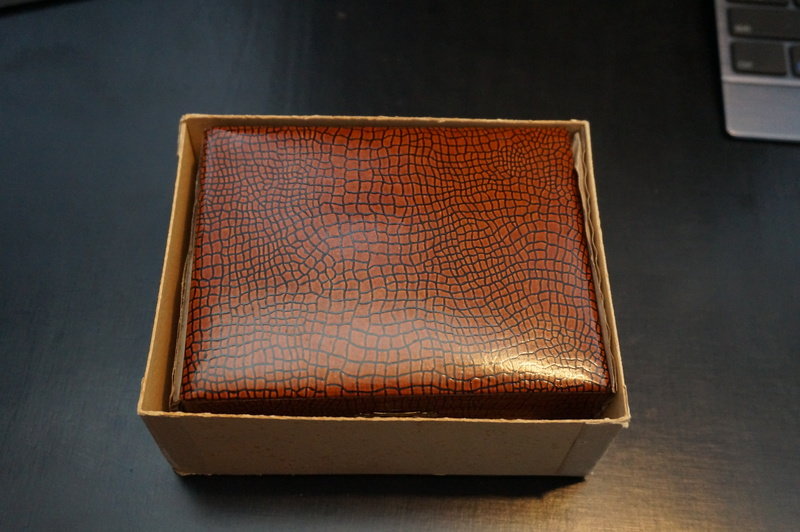 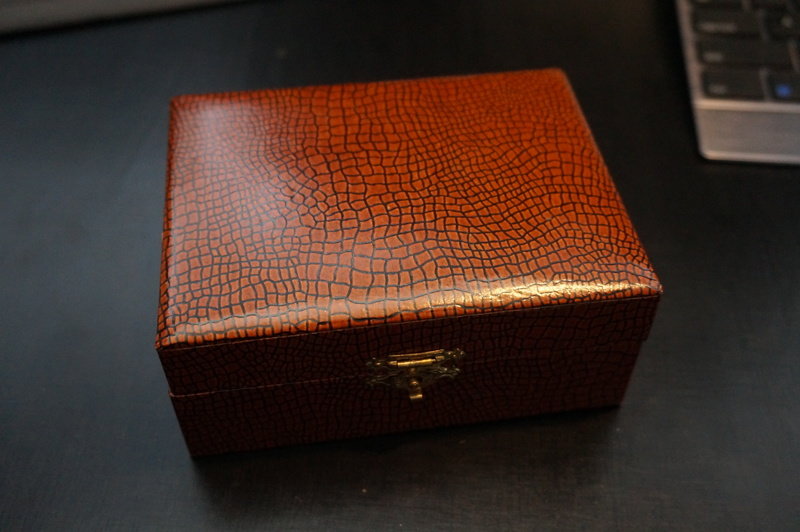 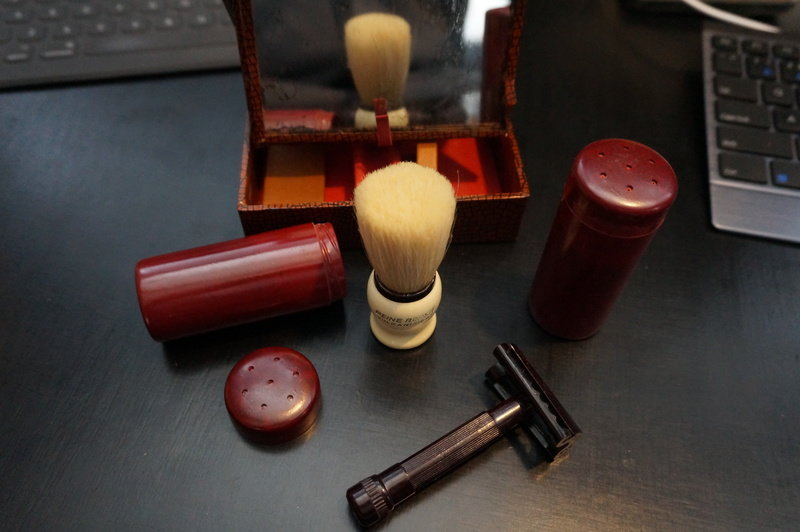 Moderator
And while we're at it, looking at the add in the first post, the razor on the right might well be this: 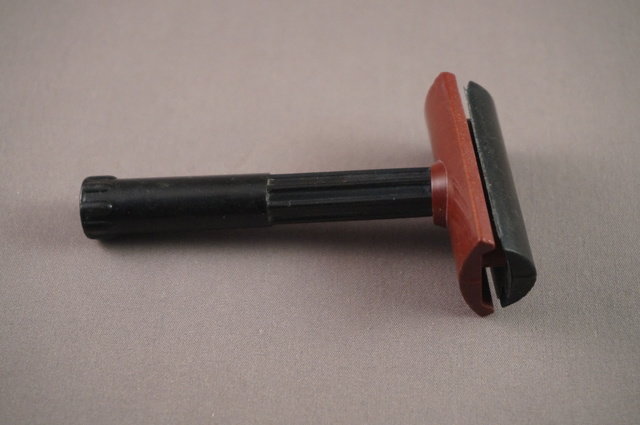 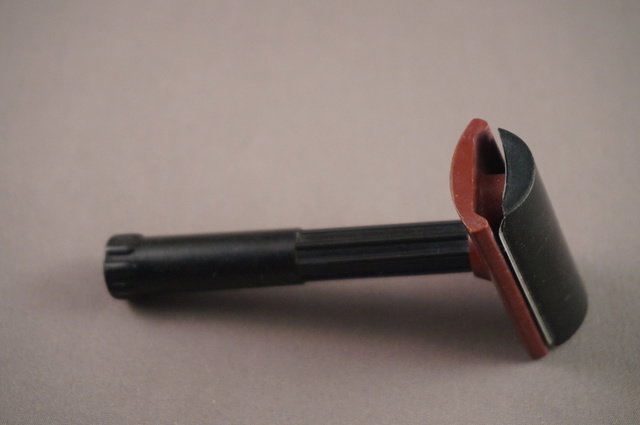 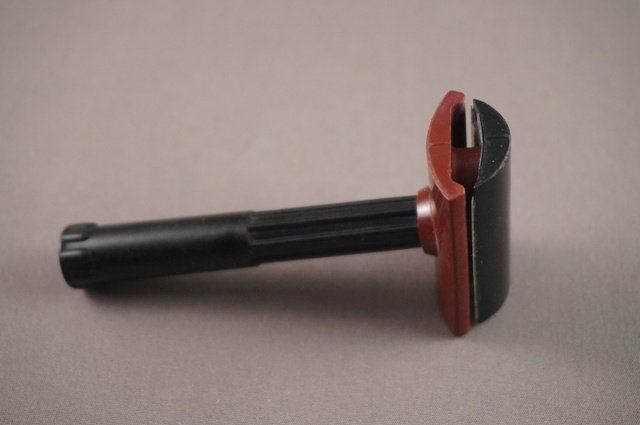 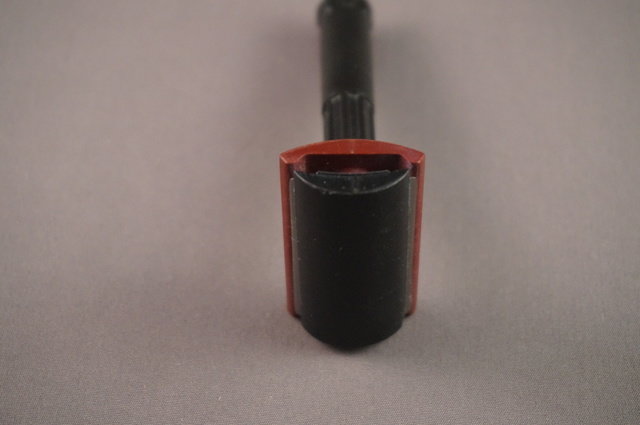 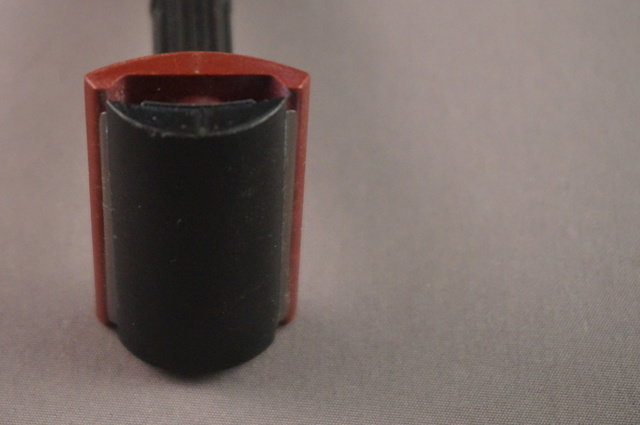 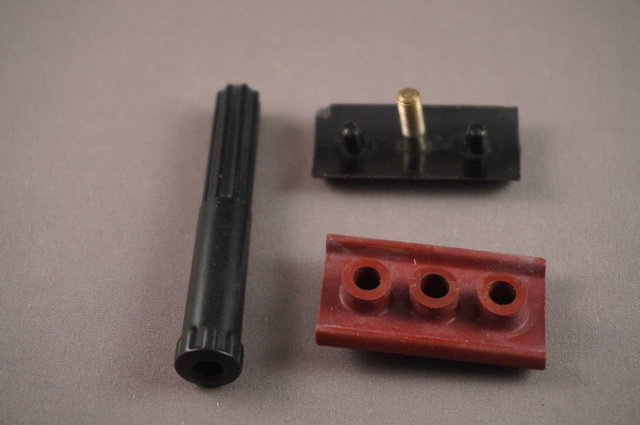 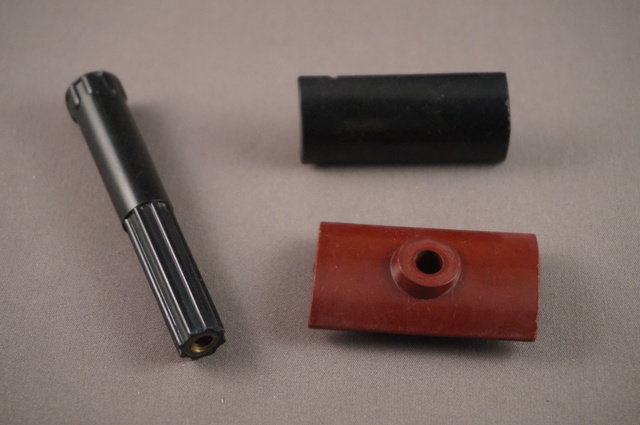 So THAT is the mysterious Hohlraum! It certainly has a lot of empty space in the head design. That last one looks like one of those pics where the seller puts the base plate upside down, but it actually is one of those designs where there are no lather slots and lather is pushed to the other side. Great stuff.

If the Hohlraum was the razor that started your collection, I can see where your interest in strange razors came from.