I blame Ralfy for me being here....

How do folks, got me'sen a coti after reading a lot of posts on here (had to have one).
So I thought I'd find a place to introduce myself.
I'm Rhys from York - been shaving with a straight for a few years now and after only having a Cambrock Silkstone and a Charnley Forest (care of my late gran and my father) I decided to get a water hone namely an Ice Bear King waterhone 1k/6k after seeing one at my local hardware store. Went great for a while then the coticule bug hit.... Saw some on fleabay and a couple of really nice ones which happened to be owned by a chap just 5 mins away from me. Argh! Too much temptation..

Anyways, here's a couple of dry pics (not that great I'm afraid) 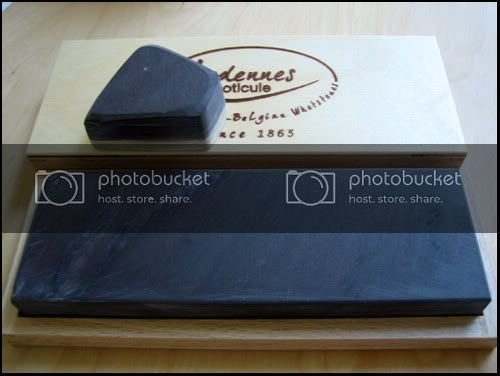 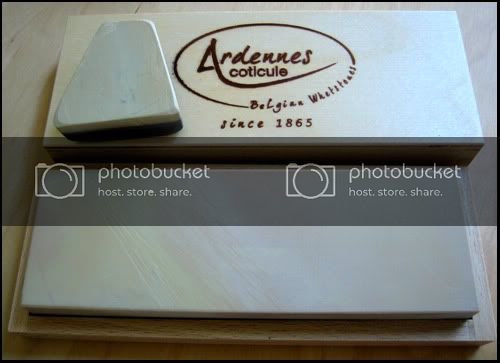 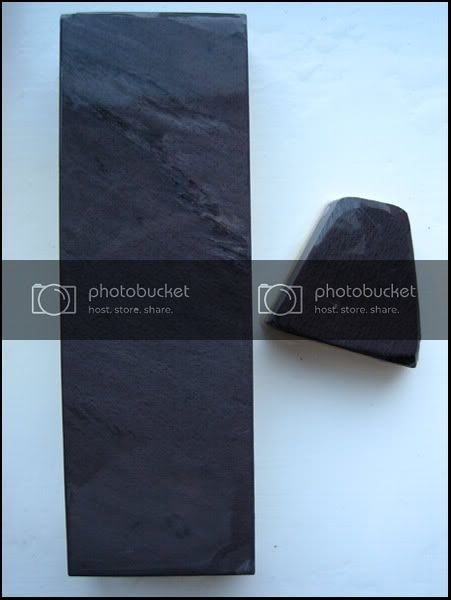 ..and the coti side, well... (camera doesn't do them justice tbh) 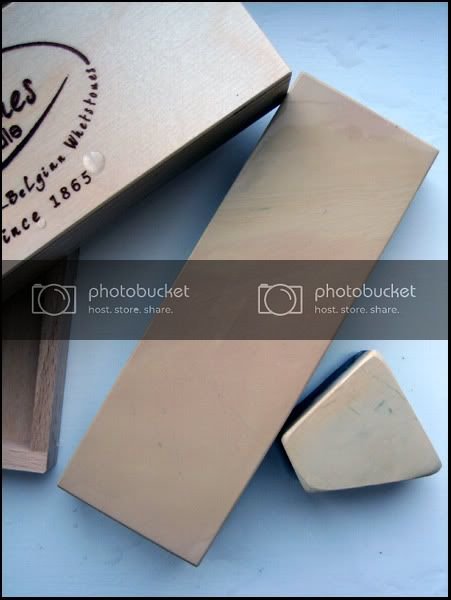 I'd like your opinions also as after reading everything on here to do with the different veins my head has gone numb.
I've already got a couple of great edges of this hone - far better than my others. Have to say I'm hooked :thumbup:

Welcome to coticule.be Rhys. Nice coticule you've got there !
Wim

The more you use that coticule the better you get to know it and the edges will improve even more. Welcome to the forum!
Practice for a Long Long Time and All Is Coming
R

Do I know you ? Bwhahahaha

welcome on board Rhys :thumbup: its very nice to see you here mate

Hello mate, yet another forum we are both on!
R

Thanks for the welcomes folks, I'm sure along the way I'll be picking up another Coti at some point... B)

Hello Rhys!! Coticule? You are in trouble now!! Welcome!
~Richard

As you may have read, there are two sides of the La Nouvelle Veine layer. One side is slow on slurry and water, the other is fast on slurry-to very fast and slow on water. I owned one that was of the fast on slurry--slow on water side and it was a great finishing stone, it left a very forgiving edge to a razor. The only reason I sold mine was due to the dilution being very difficult to master since the slurry dulling issue was huge due to the bipolar nature of the stone. The slow on slurry--slow on water side should be easier to use though.

Either way if you practice with it you'll be fine...
R

Hi, thanks for that info. I was told mine is more medium in speed. I've used both sides (after reading about using one on here and on youtube). I've noticed the slurry goes grey pretty quickly when pretty thick but I just use the dilucot method ad it works a treat. Think I've got a good'un here B)