This week, at least for the weekday, I decided I was going to shave with some of my favorite bakelite/plastic razors. First up tonight was my Knockout. This was a razor made in Sheffield, England between 1930s - 50s (maybe) and made of either white bakelite or plastic. It was a very unusual design in that the guide pins for the blade was on he base plate and the cap had holes in it to secure the blade, very similar to the Gillette Goodwill and RR Mamba and Game Changer. Another unusual feature is that the base plate had not lather exit holes, similar to the Merkur Progress, but the lather was directed out the other side of the plate where the opposite cutting edge was. the Progress had a trough that directed lather out through the side of the plate. If all this wasn't enough unusual things about the Knockout, the blades came with cards of boxers of the time. I think there were about 50 or 60 cards which you could collect and trade, or you could collect any 50 and send it in to Knockout and they will send you a complete set.

After searching for a long time, I was able to find one at a reasonable price on eBay UK. when I told @efsk about my find, he was nice enough to send me a couple of Knockout boxer cards, because shaving with a Knockout would not be complete without cards.

The razor itself is a very efficient shaver. It does allow for a mild or slightly more aggressive shave by adjusting the angle. Efficiency is not significantly lost by going milder. Overall, this is a two pass plus touch up shave. 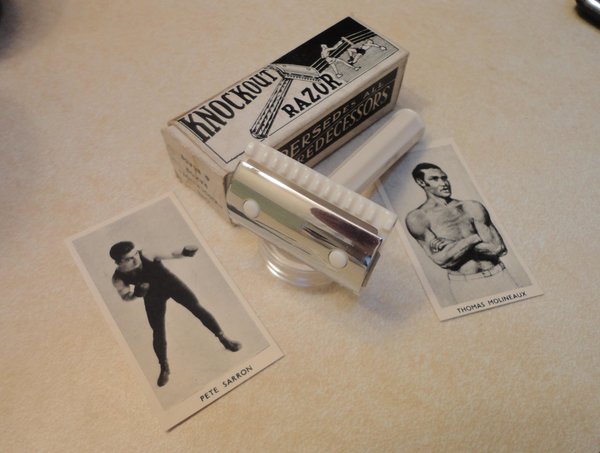 Moderator
This is the best razor I've ever tried. Very happy to have one, and very happy to see one here, thanks for showing.
There were ndeed 50 boxers, later there came motivational cards as well.
An’ I don’t need no safety razor, neither.

Motivational cards? Just what I need to motivate myself into getting more razors! 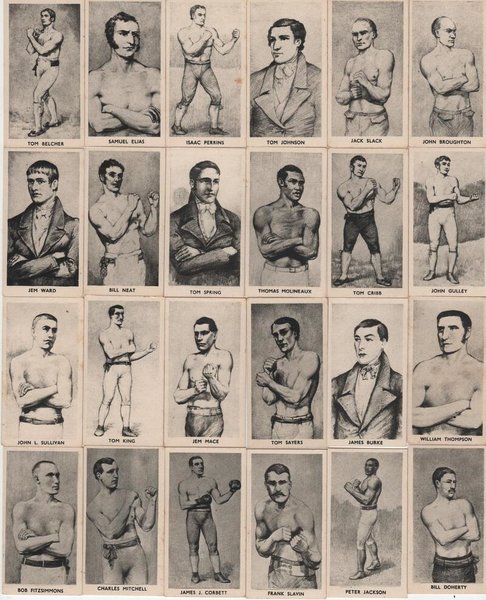 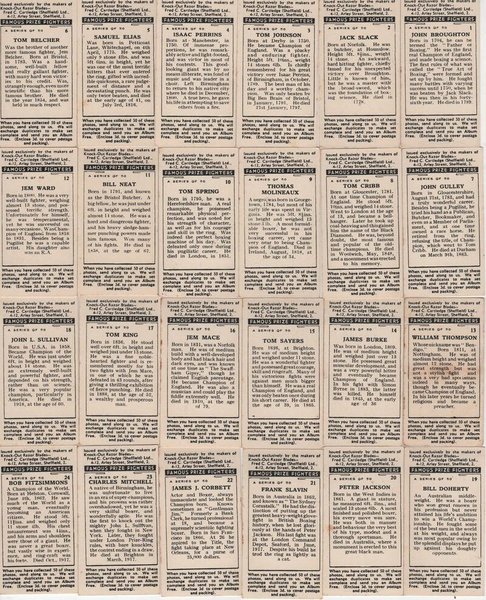 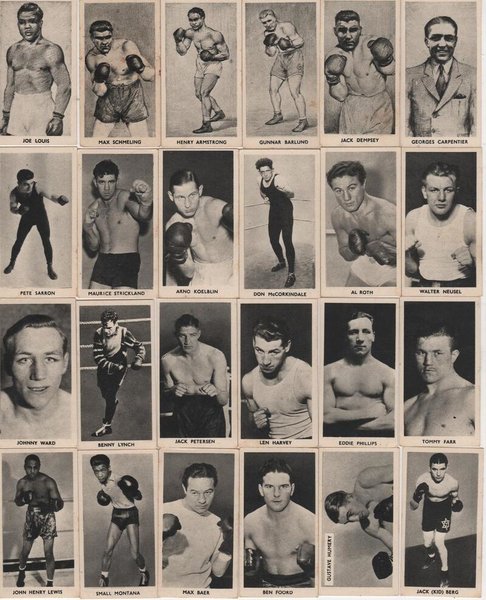 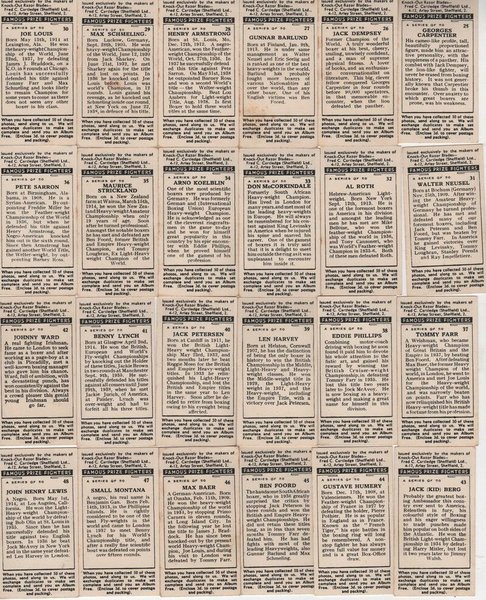 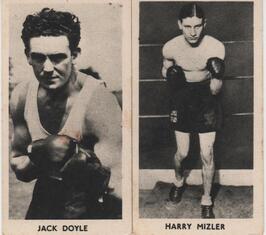 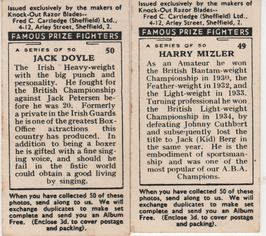 Moderator
The Knockout razor was produced by FC Cartledge Ltd, Arley Street, Sheffield. This FC Cartledge was a certain Fred C Cartledge, from Hull. In 1948, Fred published a book "Brass Tacks", which consisted of motivational slogans. Later, these slogans were printed on cards that came with Knockout razorblades. I do not know how many different cards there are. Shown here are those I've acquired, including some doubles. 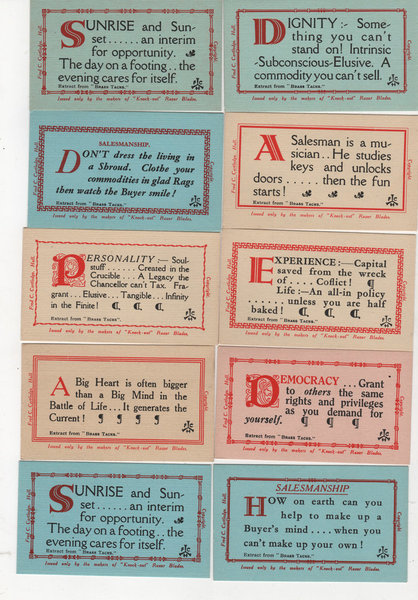 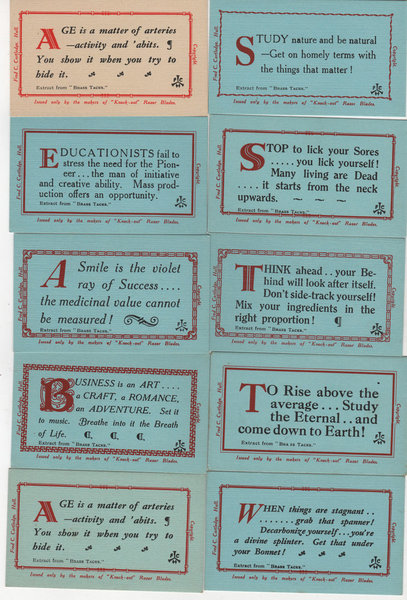 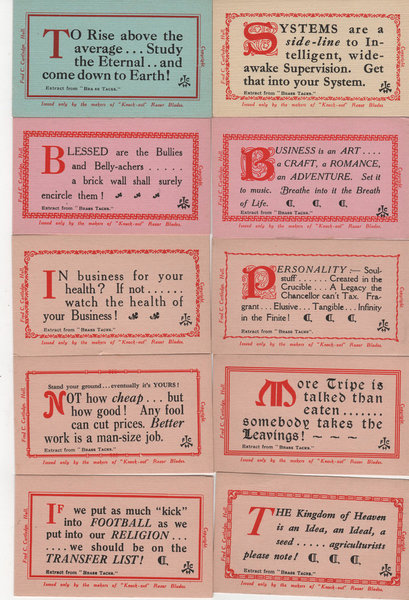 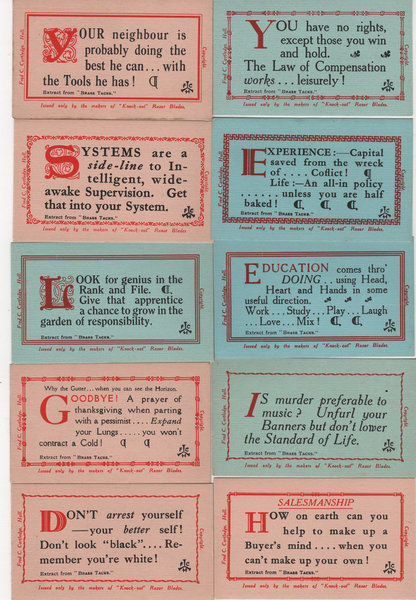 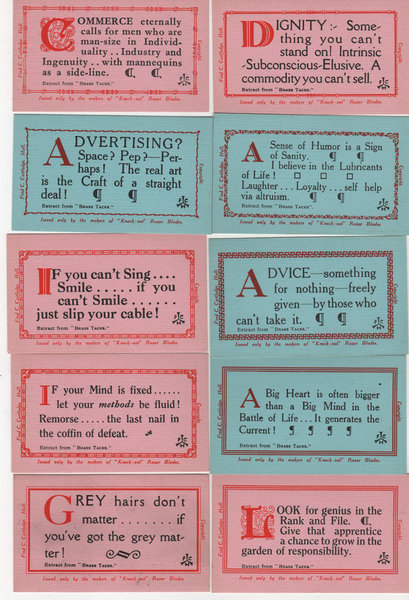 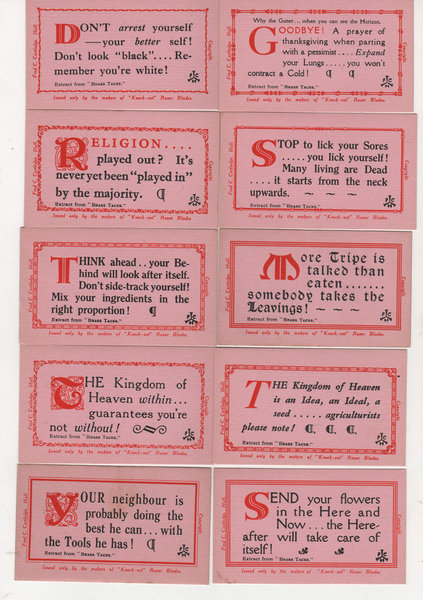 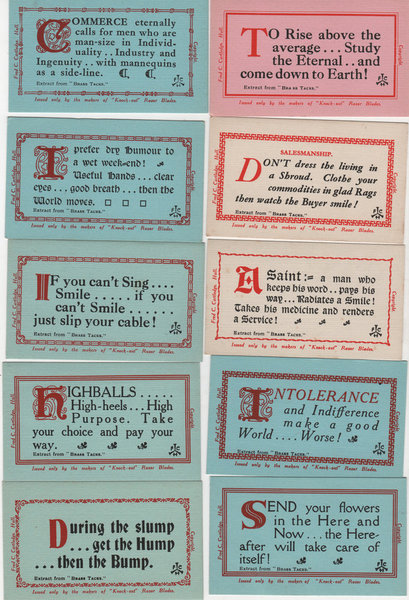 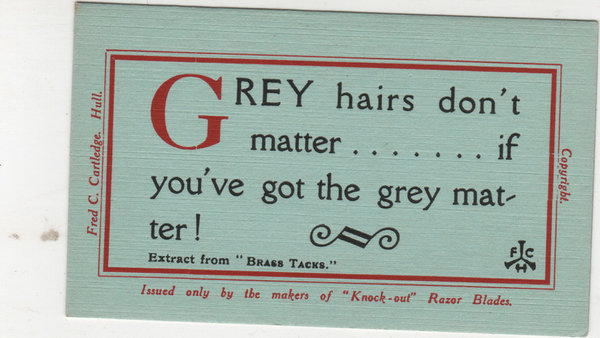 Excellent words of motivation! Is there any relation between the motivation cards and the cards of boxers that get into a ring and bludgeon each other?

Moderator
Good question. I've wondered about the pastel colors of the cards myself. For some reason, I don't think that matches the image of a knockout razor with atomic edge.
An’ I don’t need no safety razor, neither. 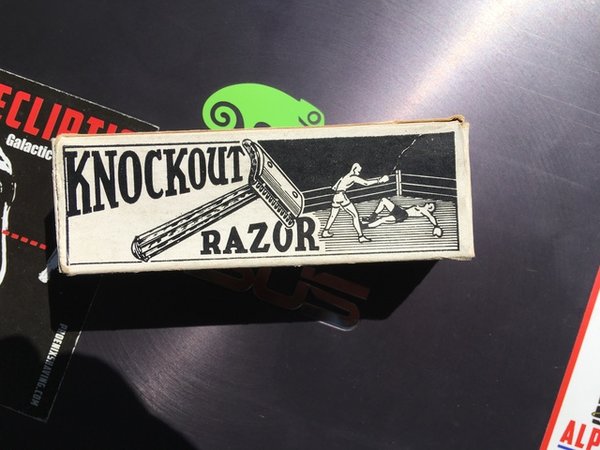 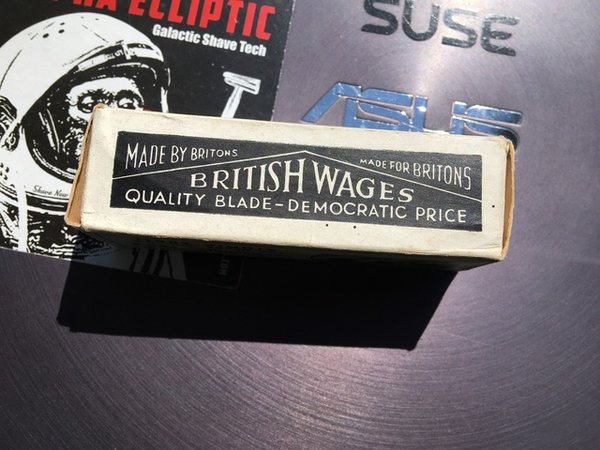 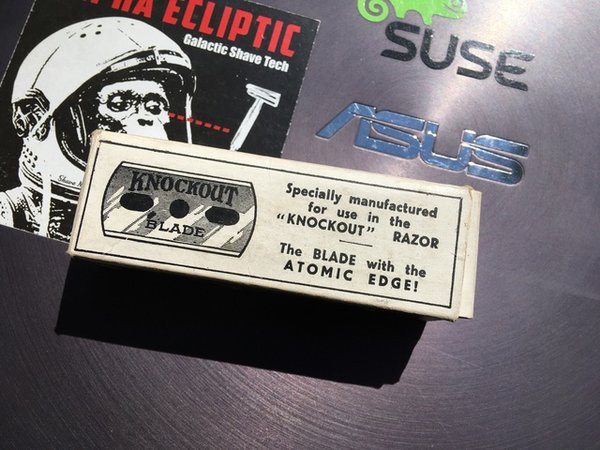 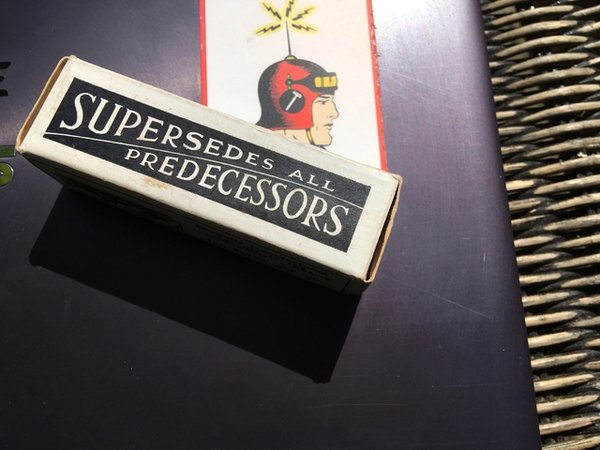 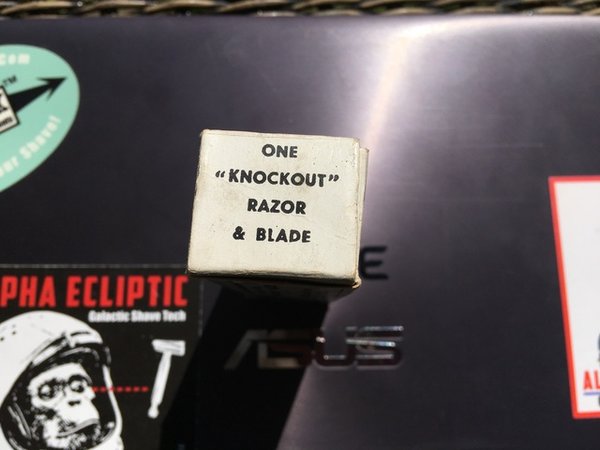 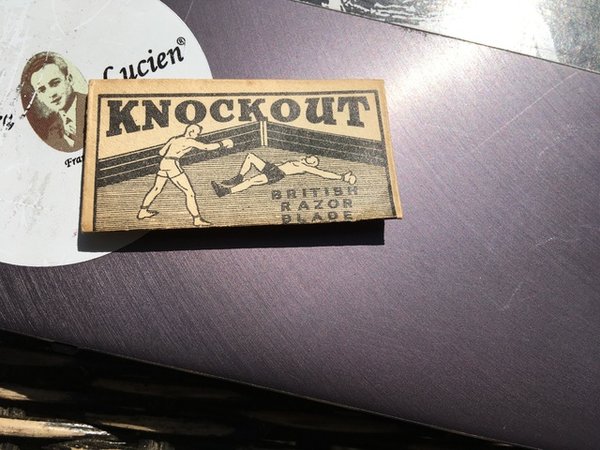 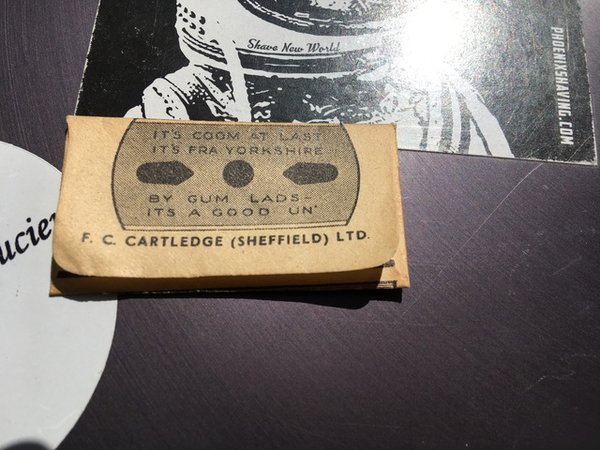 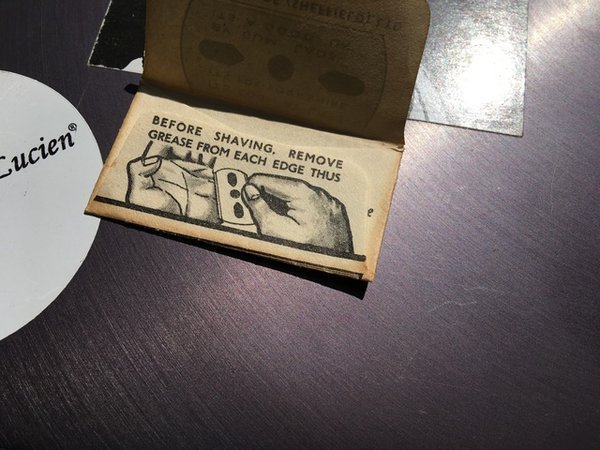 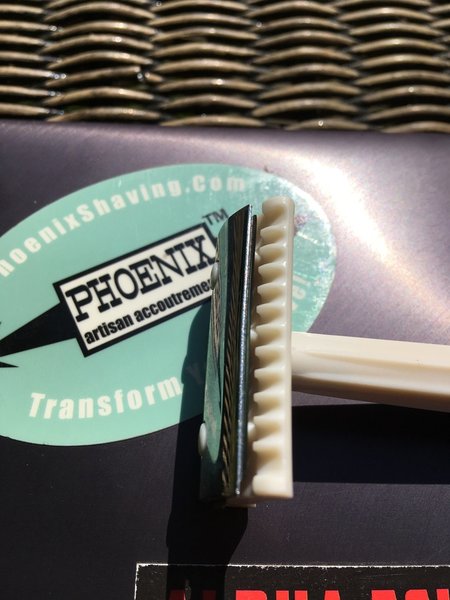 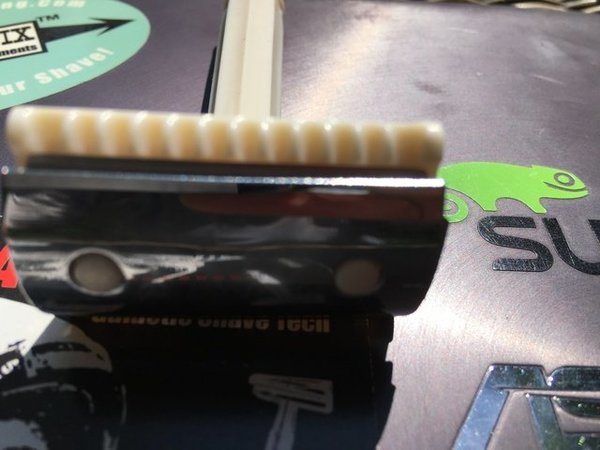 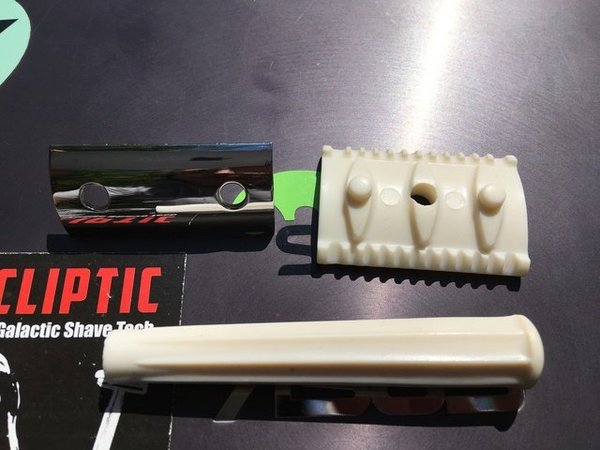 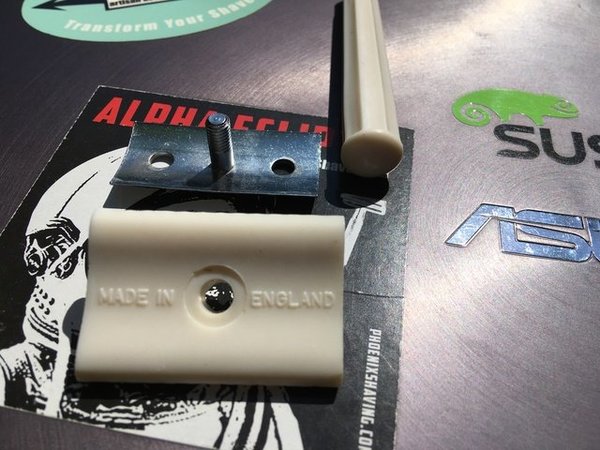 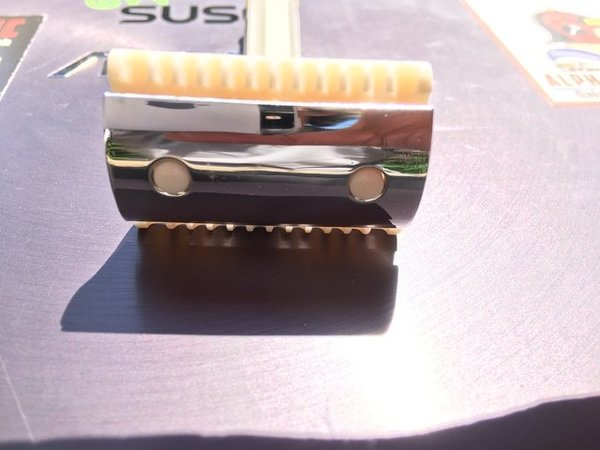 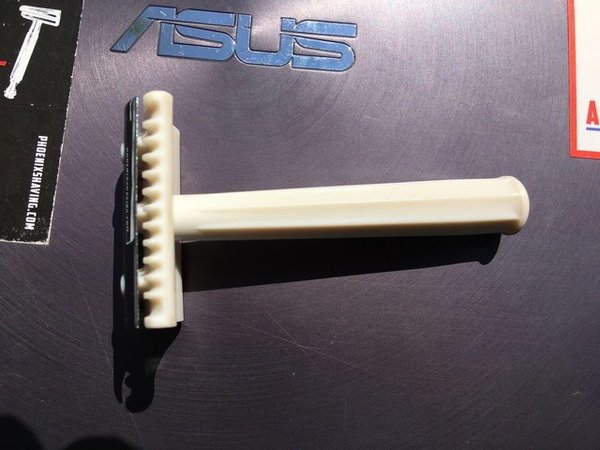 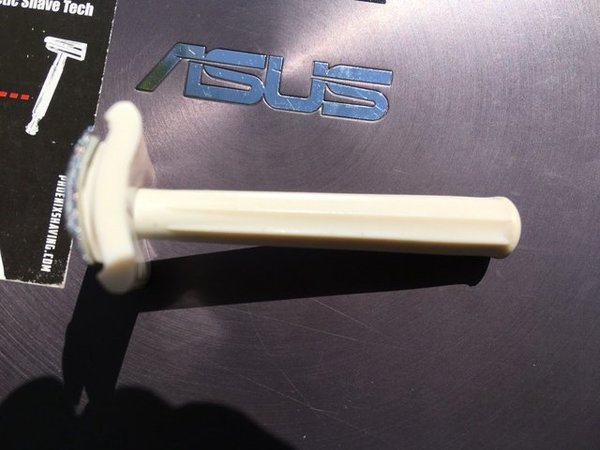 Great to see the advise to how to remove the grease from each edge!

What blade is good in this razor guys? Do you do mild or sharp? Thank you!

Moderator
So far I've used Voskhod in it.
An’ I don’t need no safety razor, neither.

I might have a line on one. Is it worth getting it? It is new, although the box could be in better shape...

Moderator
Best DE I've ever used.
An’ I don’t need no safety razor, neither.

Thank you! I will give it a go.

You will not regret it!

I too love my Knockout.