Moderator
SU-Patron Gold
The MARS Razor: the Modular Adjustable Razor System.
The first I heard about this razor was from the Dutch forum, where a Belgian had bought one. I looked at the razor, not the prettiest, and then the video:
The combination of ugly razor - video with toilet roll and wash stand won me over: I really needed such a razor. I have to explain something extra here: I NEVER watch shaving videos. What do I have to do with half-naked 40-50-60 year old men in the bathroom? The MARS video, however, I watched all the way through: the slightly naive, I'm just a guy with a razor and this is how it works, right on the dot.
Contact sought with @Rob - Mars Razors at the English neighbours at ATGshaving.com, and there, for £60,- including shipping to an English friend bought the complete everything: Handle, 10 DE sub-plates, 10 Injector sub-plates, 2 sub-plate holders, a plane stand and a DE-snapper that breaks a DE blade in half. If you want only DE-plates or only Injector-plates it will be cheaper.
Why shipping to an English friend? There were more razors waiting for me there so the whole thing could go in one package.
So. razor came, in a simple cardboard box with sticker on the outside, what information on the inside and a pair of ziplock bags which, one emptied, showed the following: 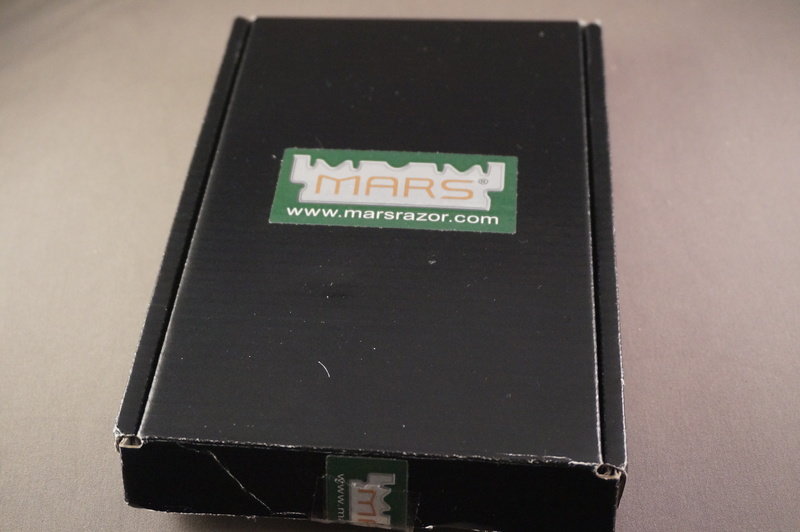 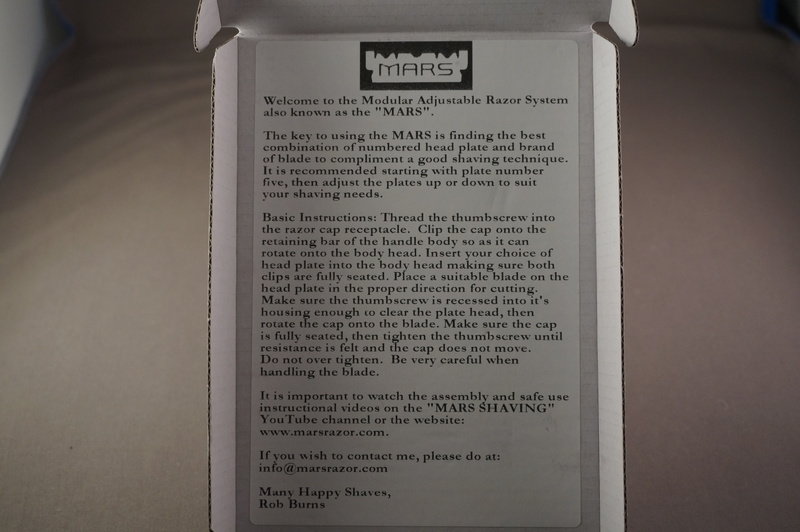 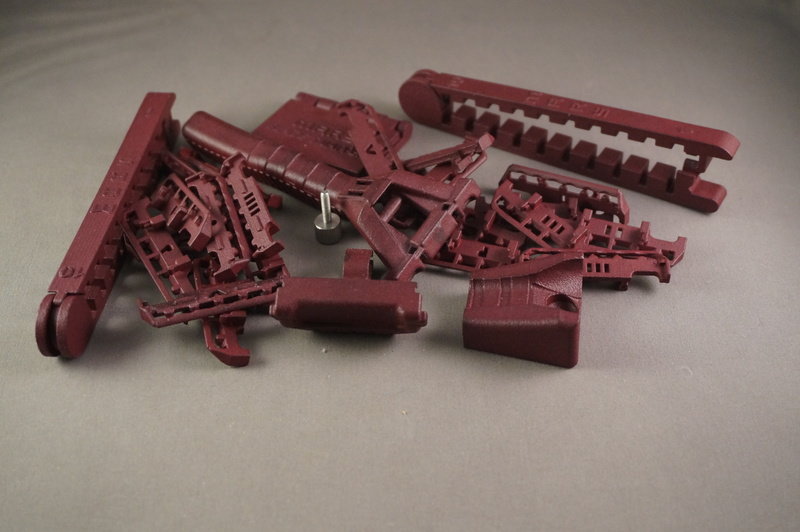 If you assemble the plane (if you need instructions:
Please, Log in or Register to view URLs content!
shows everything you need or want to know) and place the different sub-plates in the sub-plate stands, it becomes more clear: 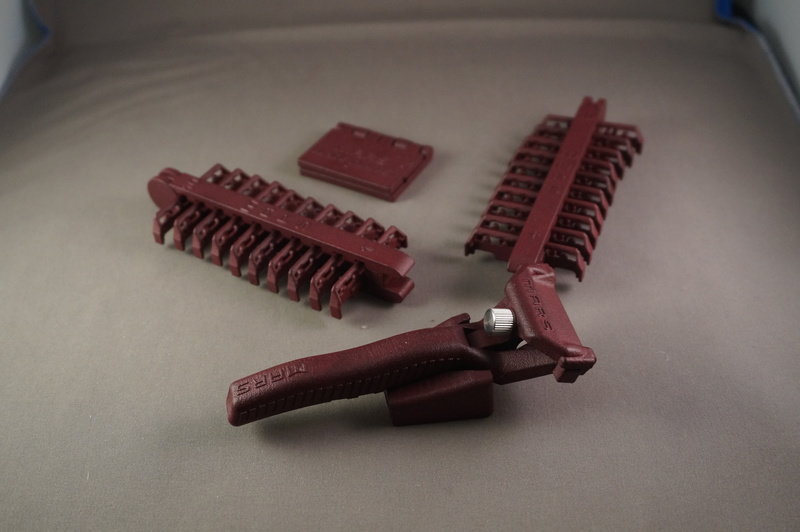 Basically we are talking about a razor with interchangeable base plates, and you have the choice between half DE or Injector blades. The next picture shows the difference between the half DE (left) and the Injector (right) bottom plate: 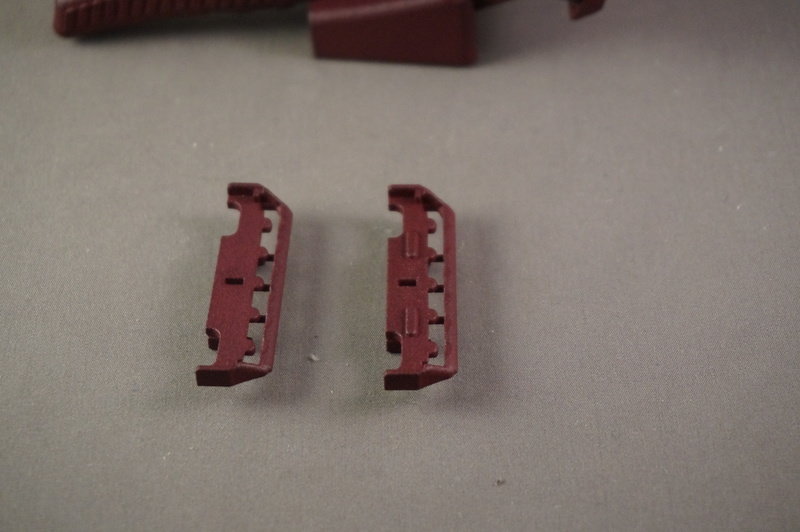 Rob has also thought of something to halve the DE blades and that is this device: 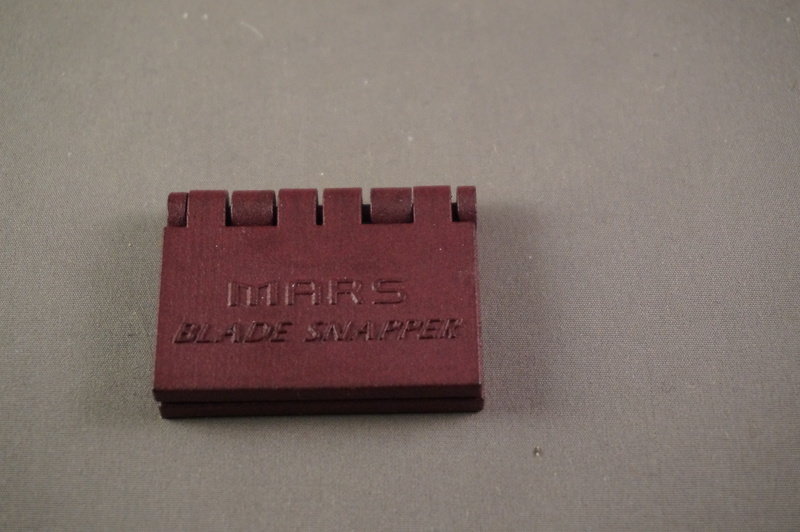 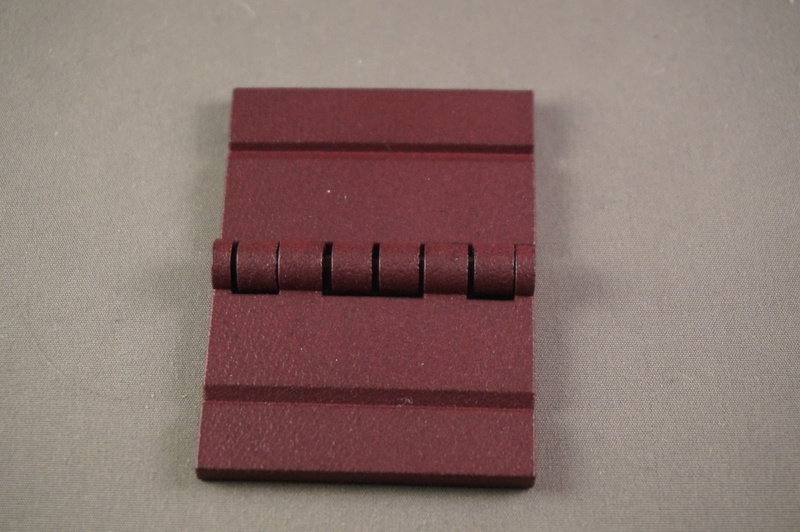 It still gives me half a blade with a bit of a bent side, but that has no negative effect on shaving.

So. the razor.
So far the MARS is 3D printed, so expect it to be lightweight nylon. Rob has written that he hopes to have a metal handle later this year. Once assembled you have a SE with a pretty big head. That's not a problem, that's what the GEM and Ever-Ready used to have, you just have to get used to it. The bottom plate of the razor is easily interchangeable: top plate out of the way (screw loose, flip back) and the plates can be easily slid out and in. Half blade or injector in, top plate pushed back, screw, done. Sounds complicated, but it's really no more difficult or work than replacing a DE blade in a DE plane. 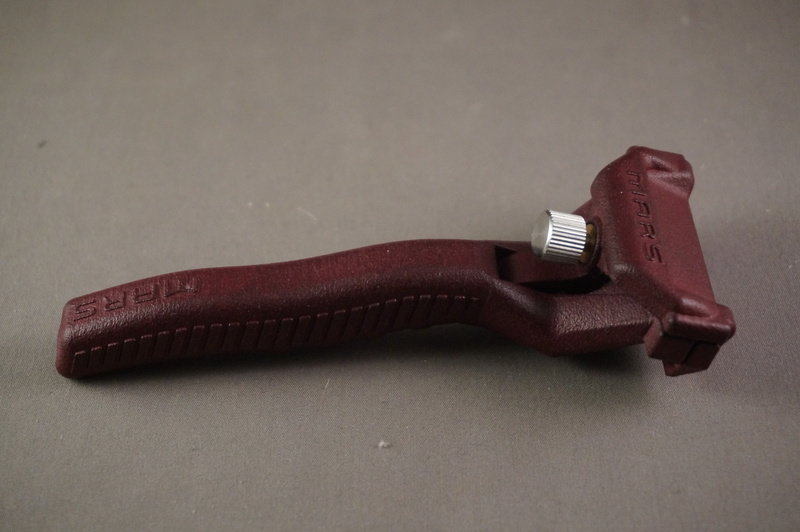 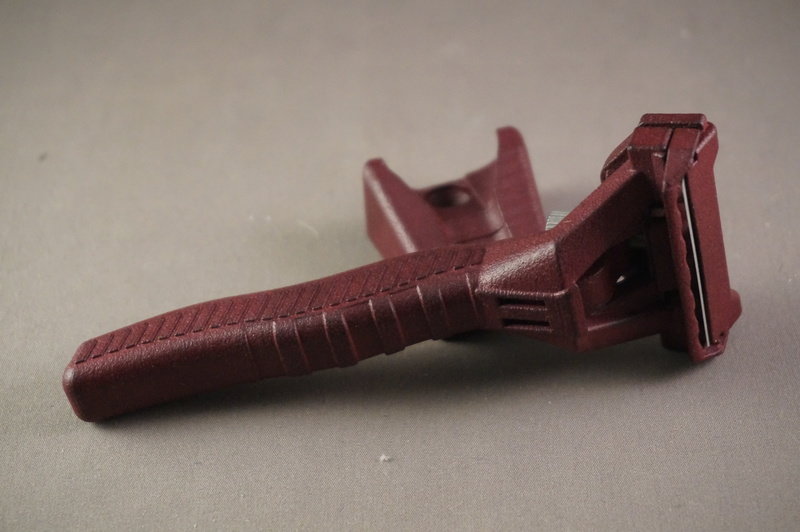 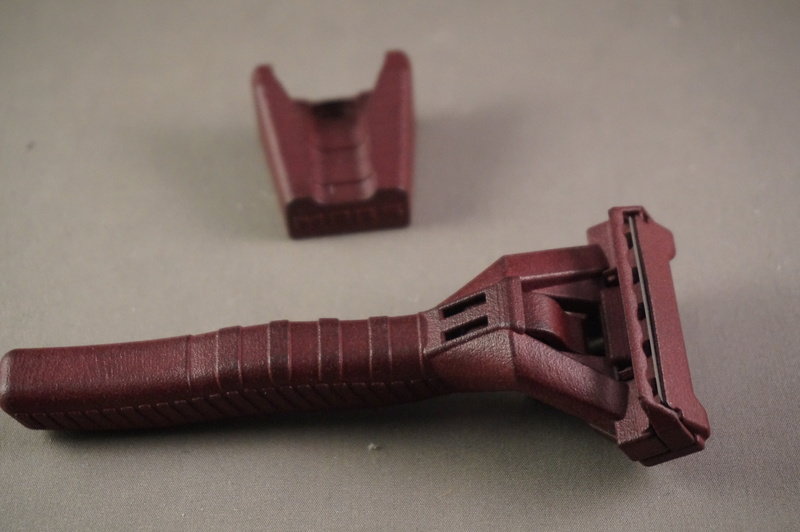 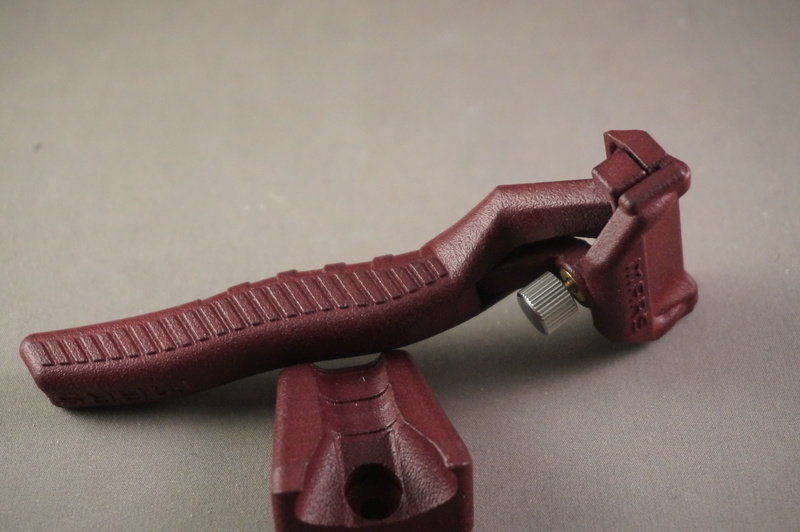 The different bottomplates all have their own blade gap. The 1 is the smallest, the 10 the largest. Strange is that plates 1-V are numbered Roman, 6-10 with today's numbering. Difference between Injector I and Injector 10: 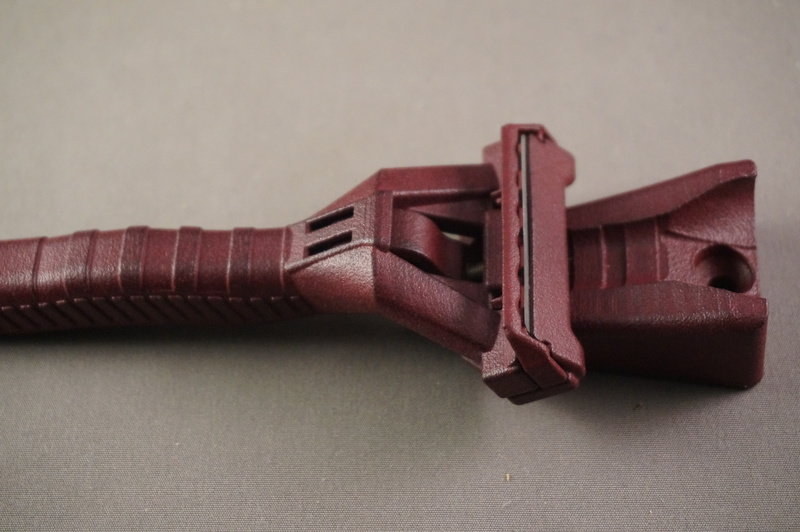 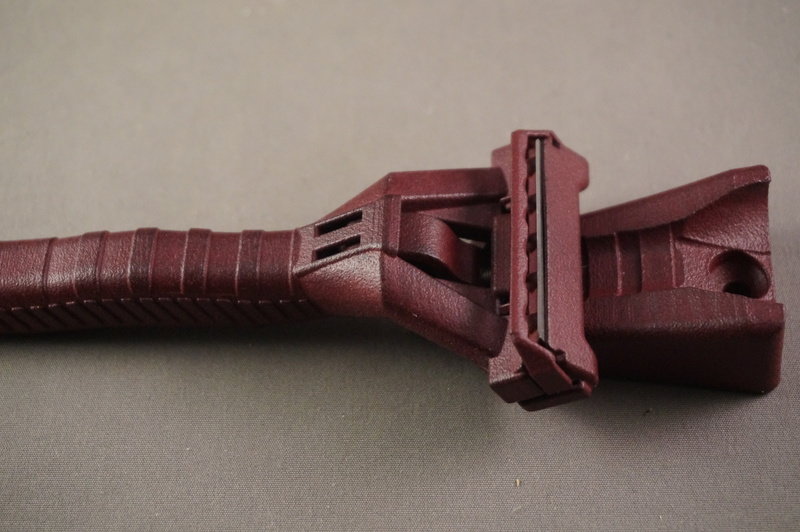 OK. So much theory.
In the meantime I have shaved more often with the MARS. Both with half DE and with Injector blade, and both with different lower plates. DE plates are a little milder than Injector plates. 5-day beard needs rather plate 7 with half DE, and plate 5 with Injector. Short practice makes that the right angle (top plate almost flat on the face, like with the old SE) is simply held, and then the BBS come as if by itself.
Is this razor a game-changer? No idea. You have to like the material and the system. But. The thing shaves well, and pleasantly. The result is really good. This is not a toy, not a hobby project, not a gimmick. It really is a good razor
. 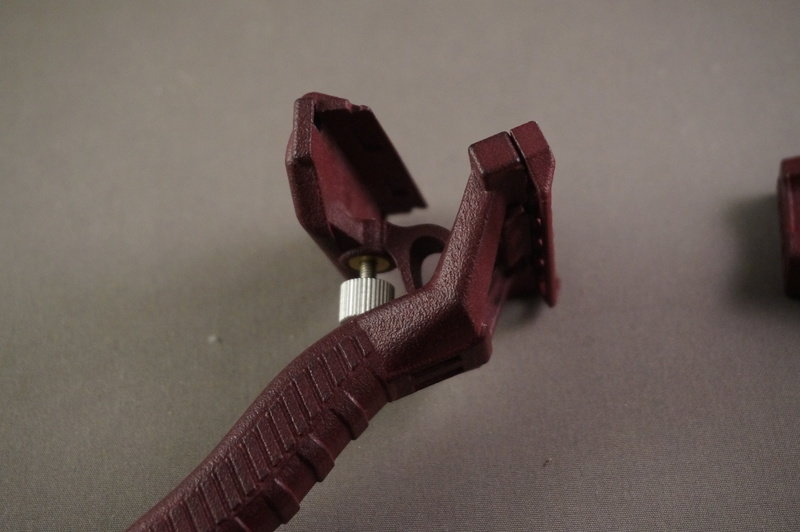 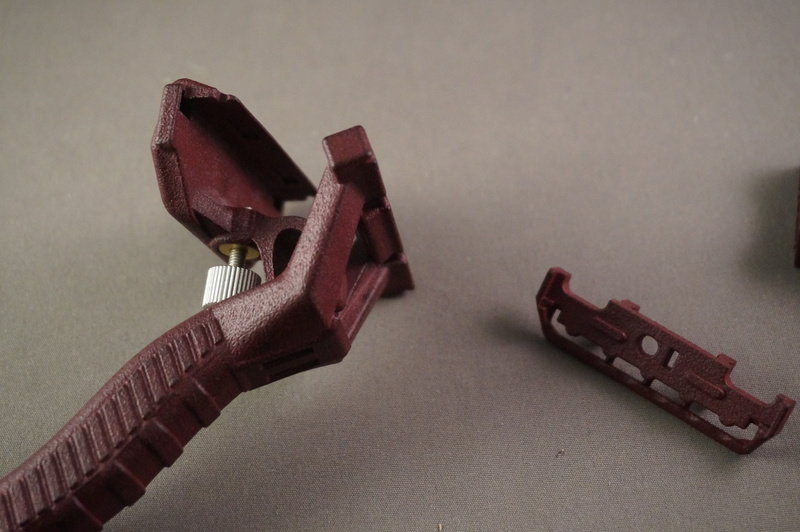 Two more photos. With and without the bottom plate.
Cheers!
Richard