Two rounds with care and the stubble is gone. But the razor is in now way as smooth as the Rocca. 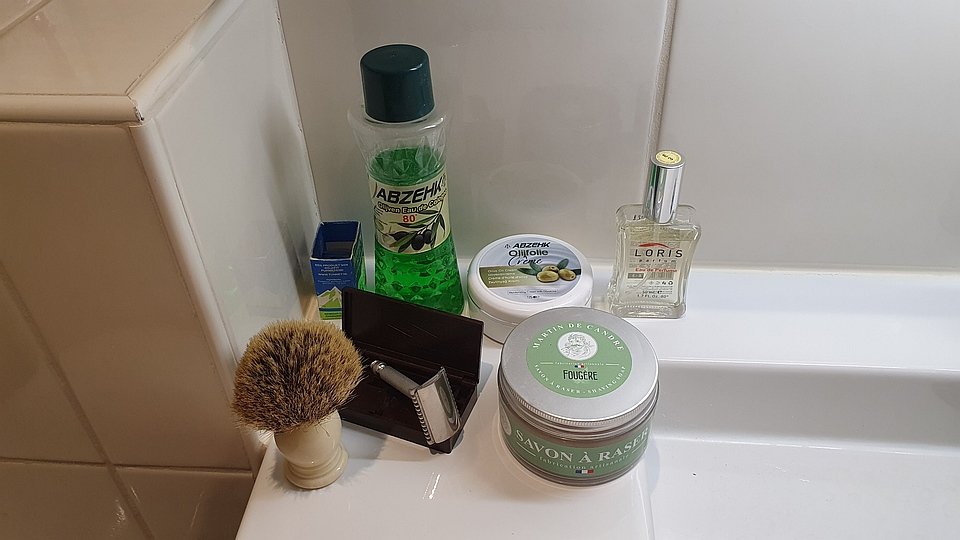 Brush and soap:
LiJüN silvertip 3 band and Martin de Candre Fougère:
The LiJüN silvertip 3 band with Martin de Candre Fougère can only go so nicely. A soft badger, that has just enough backbone to not swab with a firm soap, that loads the brush well, if I support the knot with three fingers for a moment. Then whipped up with plenty of water in the Grail and a very nice dense lather formed. Can't think of a better lather.
Blade and razor:
Used the Kai Stainless Steel for the 8th time.
The Kai Stainless Steel still shaves well, but 8x is clearly enough for it to be completely comfortable and effective. So it disappeared into the piggy bank. In the Gillette New Made in England, the Kai Stainless Steel is still usable, but the flashy sharpness of the Japanese blade is gone. Despite that in 3 rounds smooth, as usual and without cuts.
Result: BBS.
Finally: firm splash with Abzehk Olive edc, lubrication with Abzehk Olive oil cream and a good spray Loris E-003 Acqua Di Gio rounded off the turn again in style. Was good again like this. 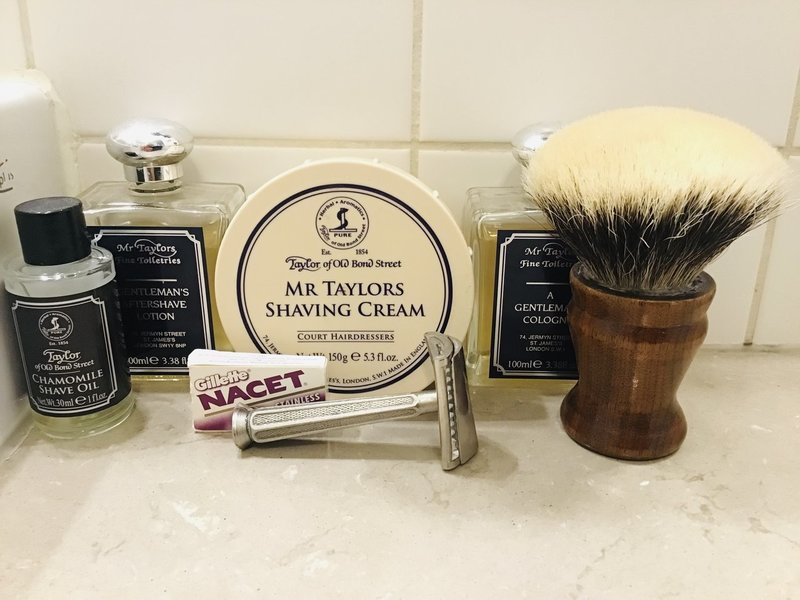 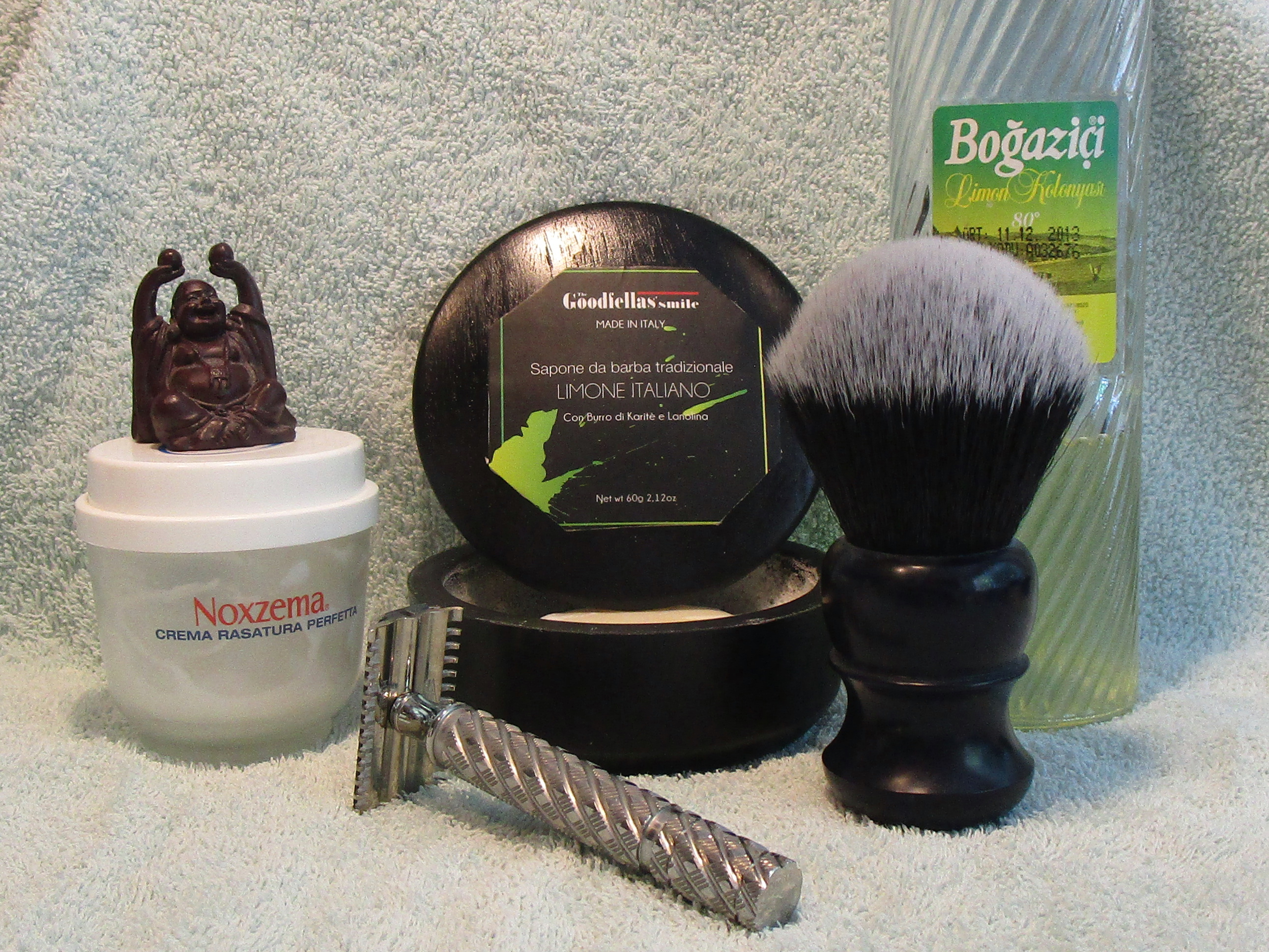 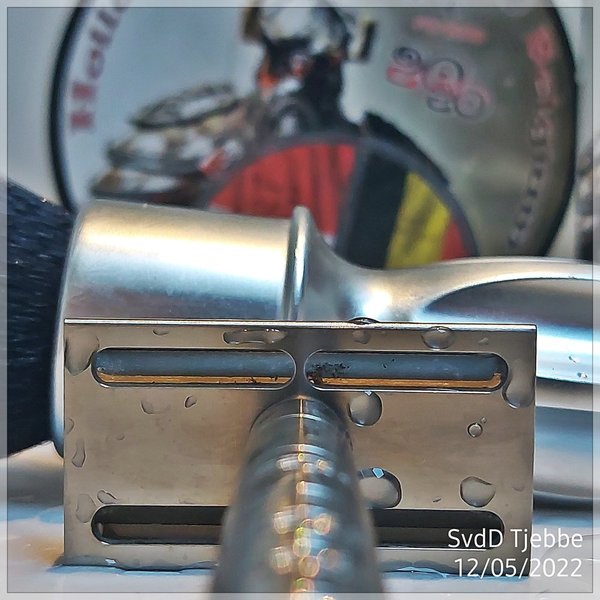 I thought after yesterday's shave it might be the blade. So I swapped the carbon treet for a voskhod. But a cold water shave with a R41 doesn't feel smooth. Not a relaxed shave, but the result is no irritation and an absolutely smooth face. 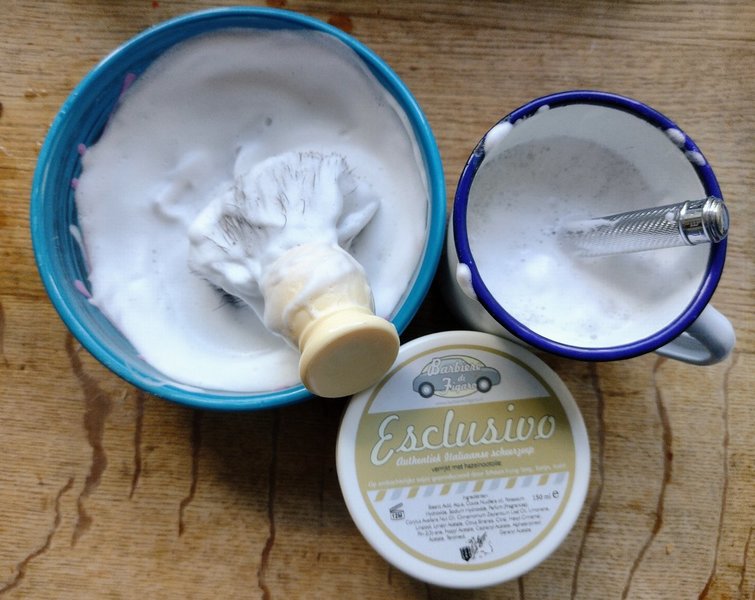 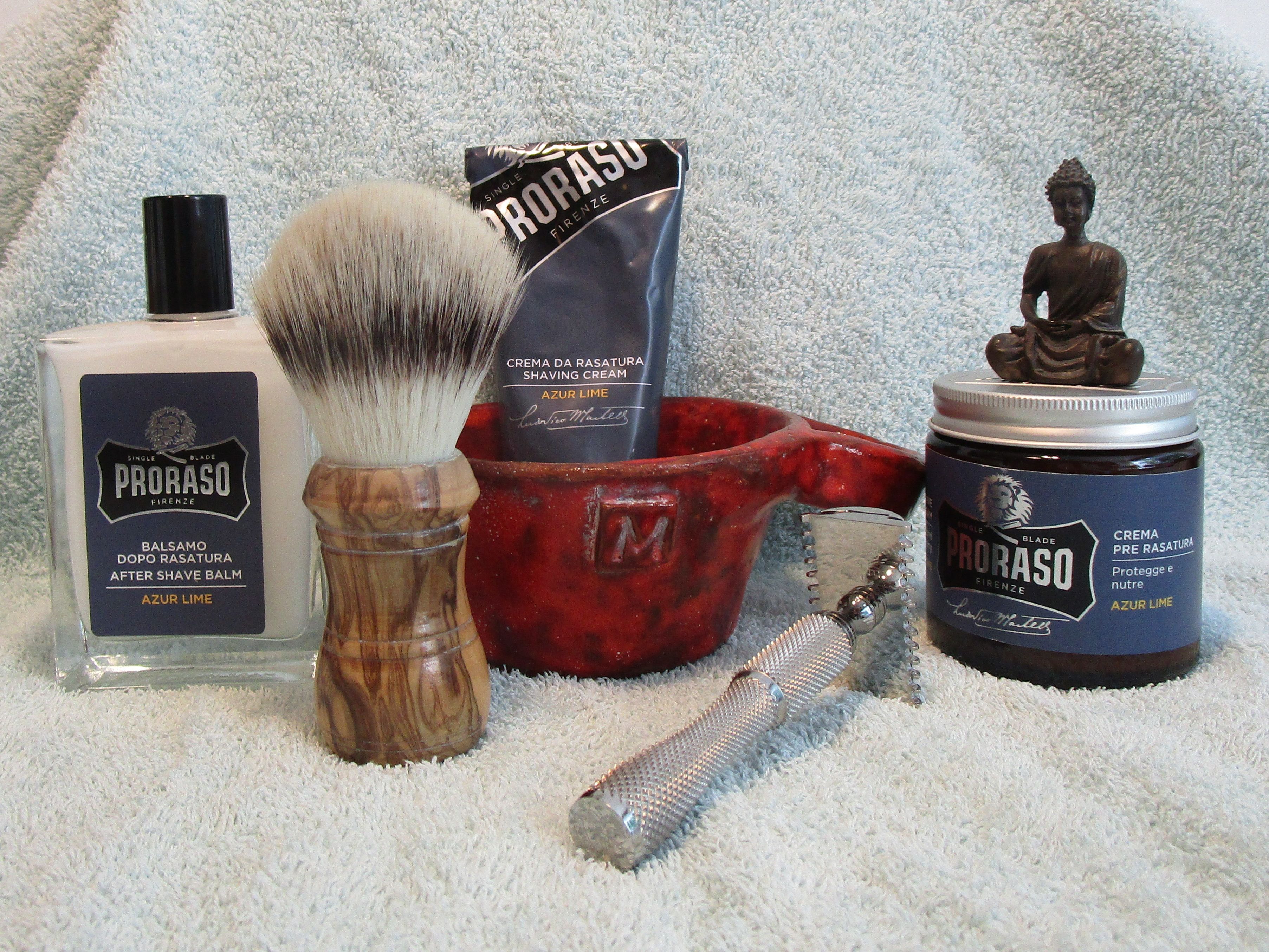 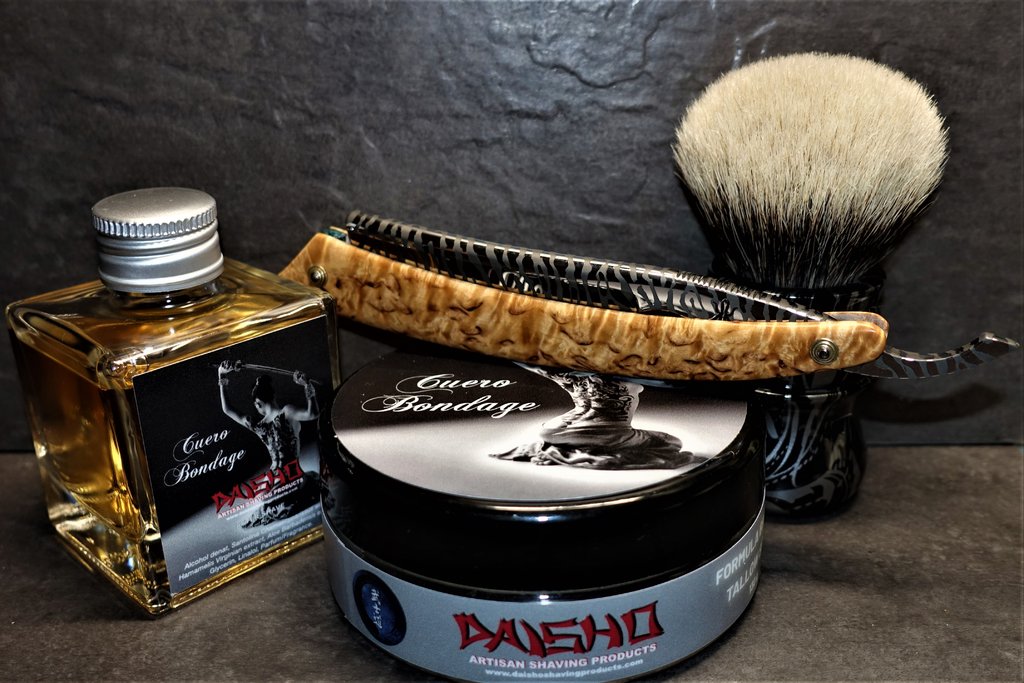 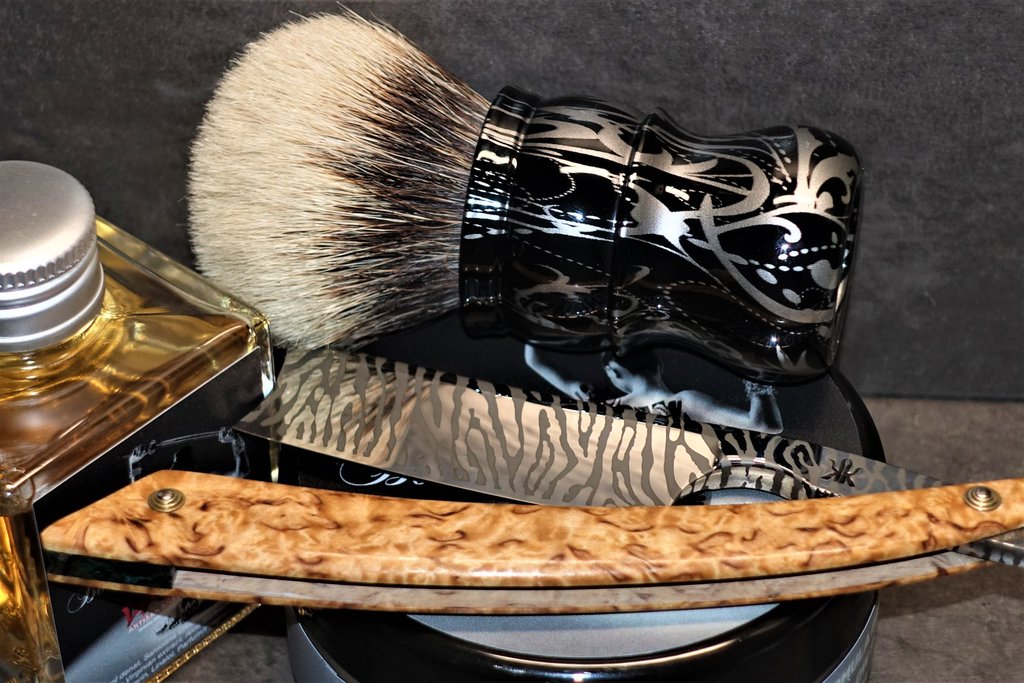 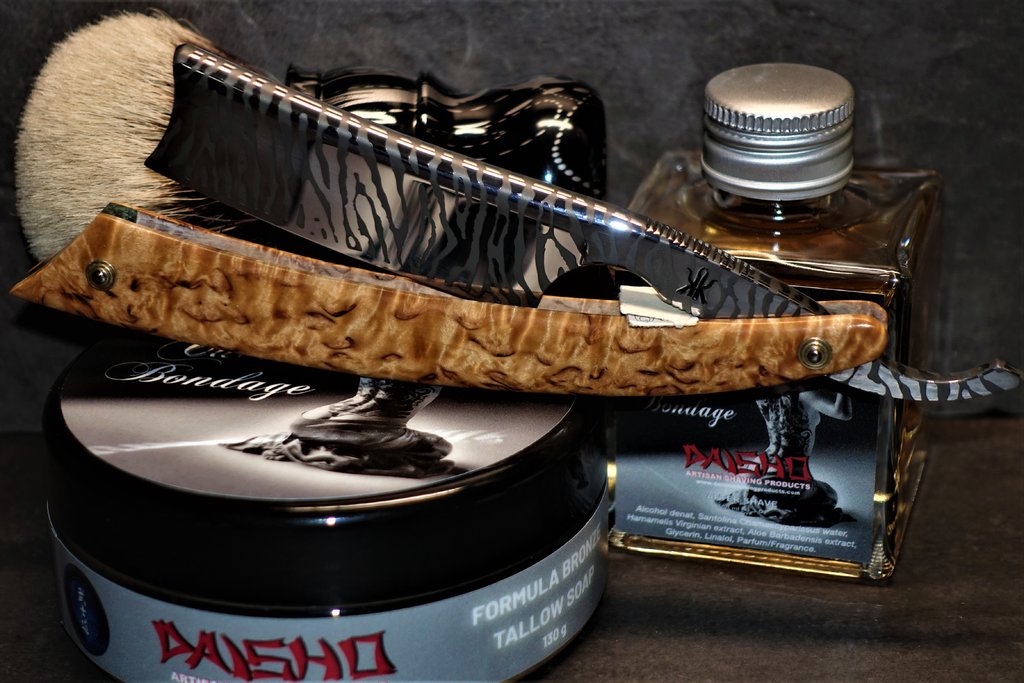 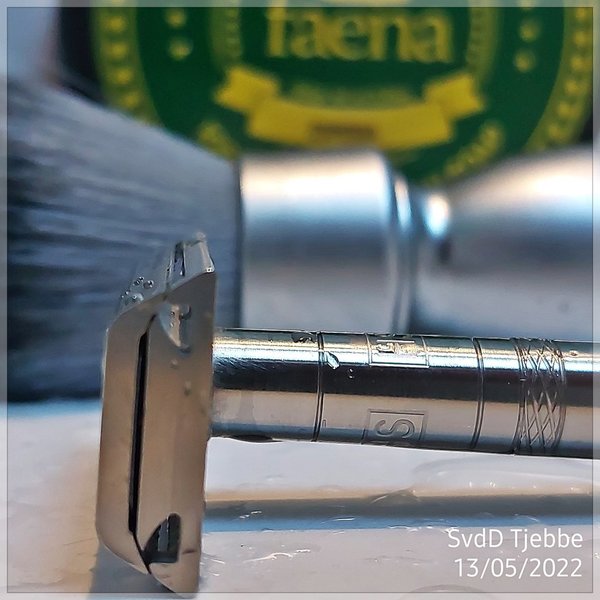 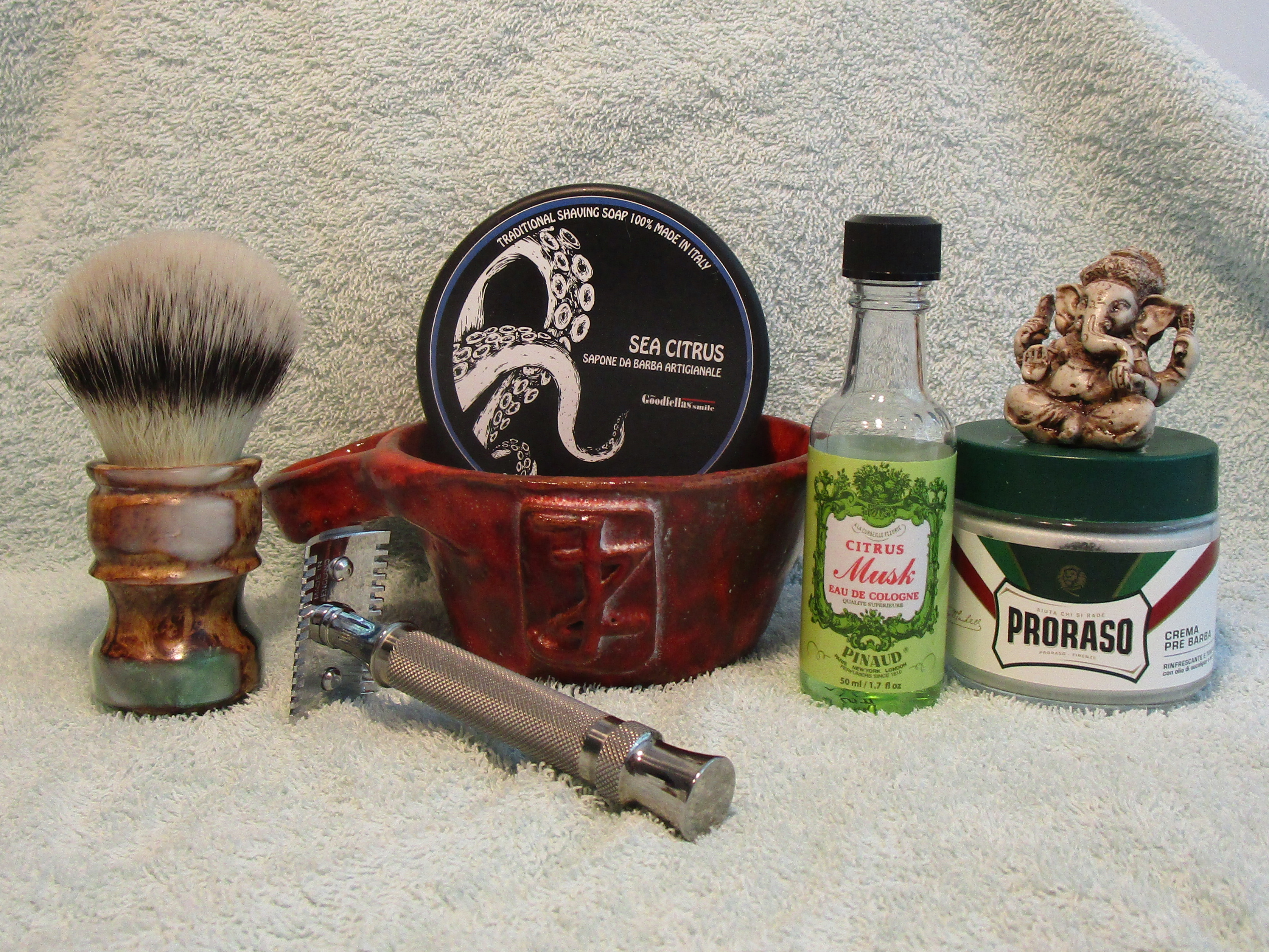 A Dutch shave in France
U 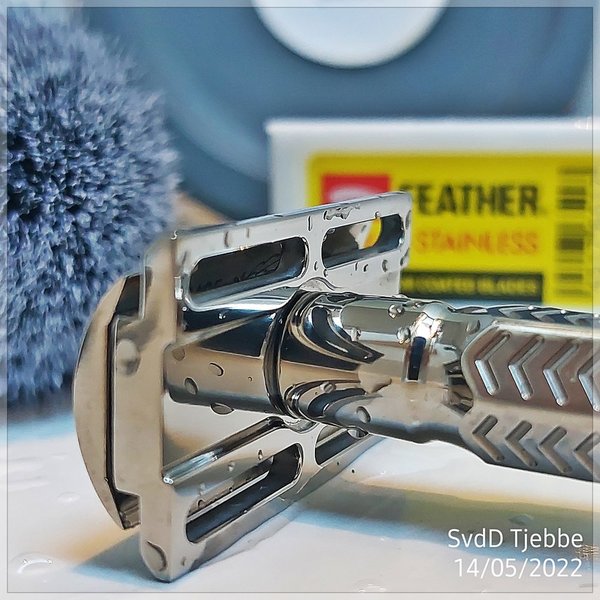 Now the menthol kick is at a level that I like! 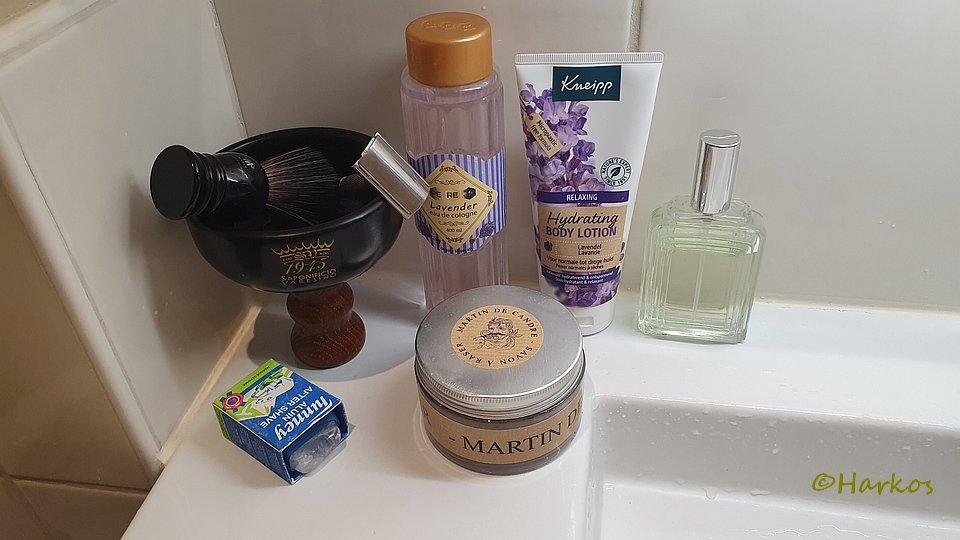 Brush and soap:
Mühle Black Fibre and Martin de Candre Original:
Martin de Candre Original has a decent lavender component along with rosemary and mint. I find it nicely fragrant and not overpowering. With the Mühle Black Fibre, the soap easily creates a nice full fat lather that retains the scent well. Nice stuff to shave with.
Blade and razor:
Used the Feather stainless Platinium for the 5th time.
The Feather stainless Platinium continues to shave well. This one will do it a few more times. The Gillette Tech with this Feather stainless Platinium shaves very basic. Must be careful that the skull is smooth and some touching up in the face also had to do, but I attribute that to the Tech.
Result: BBS.
Finally: because of the lavender in the soap PeReJa Lavender edc, Kneipp Lotion Lavender and L.T. Piver lotion Lavande is a fine finale.
E 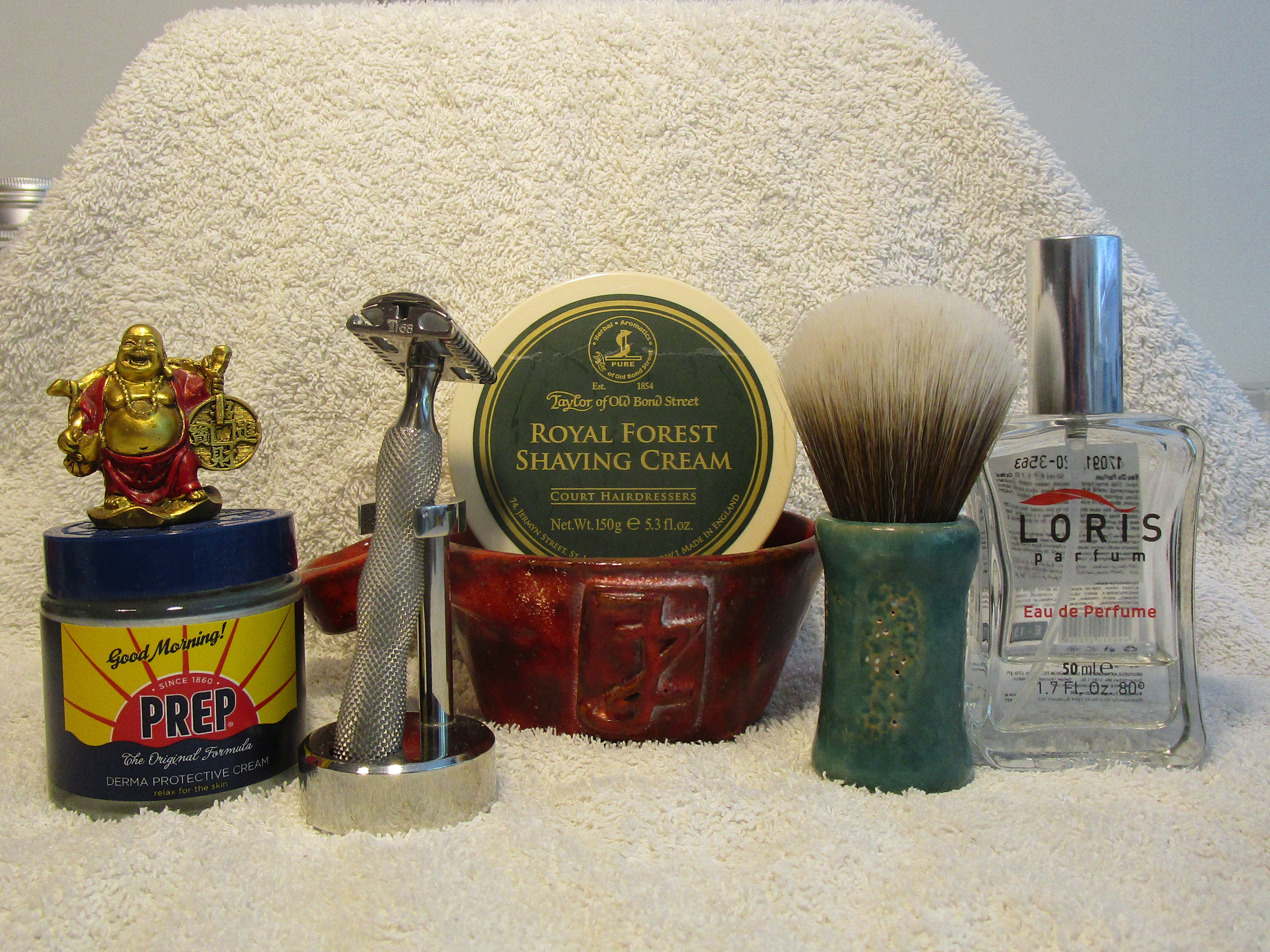 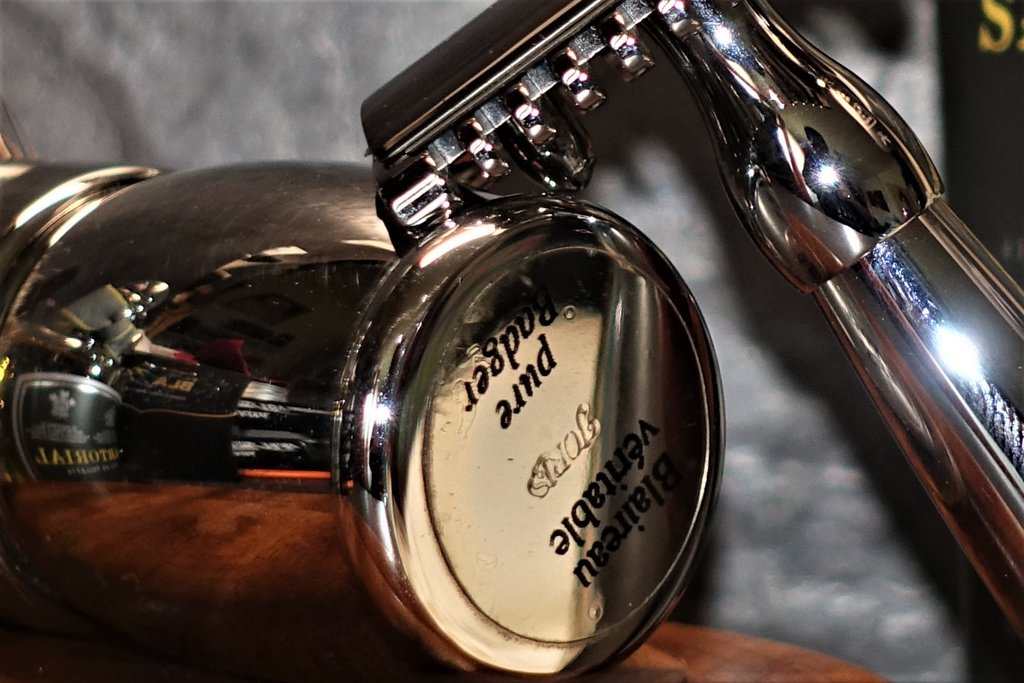 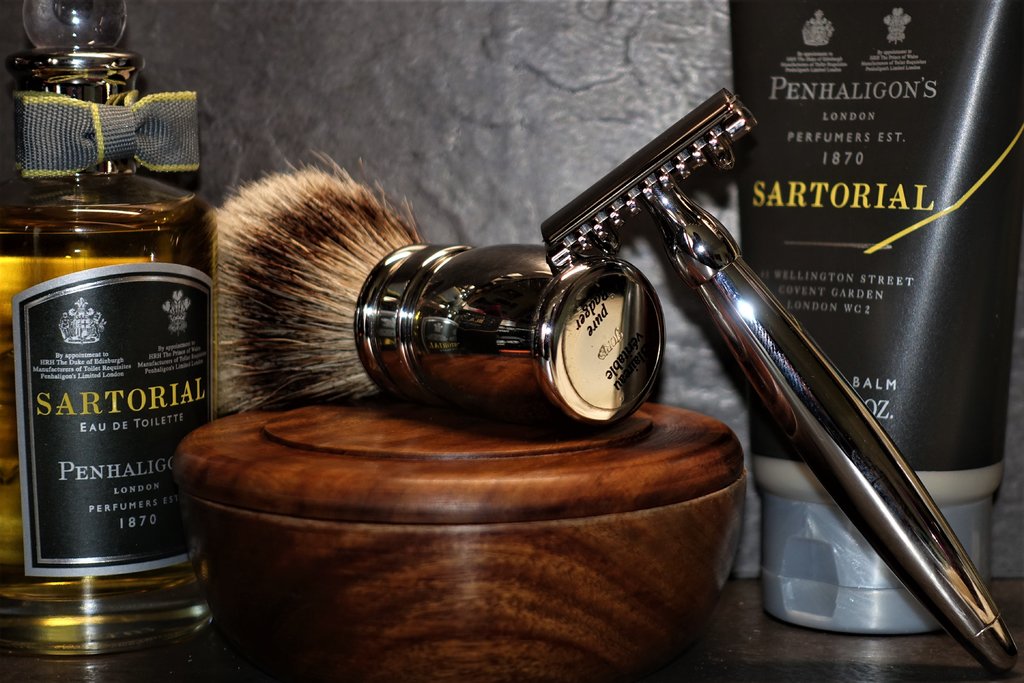 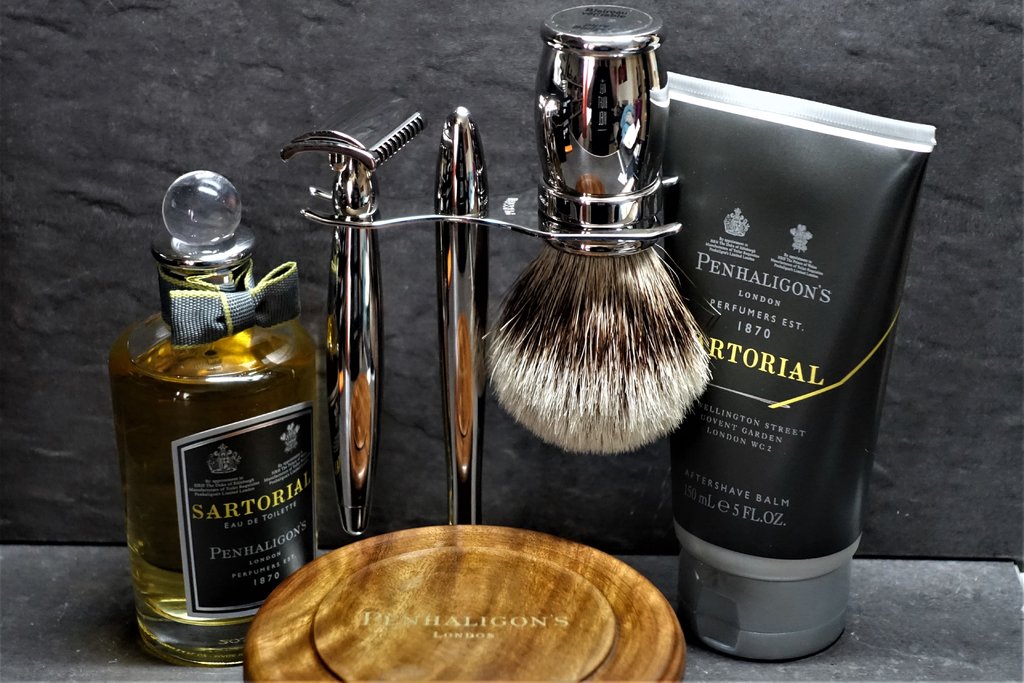 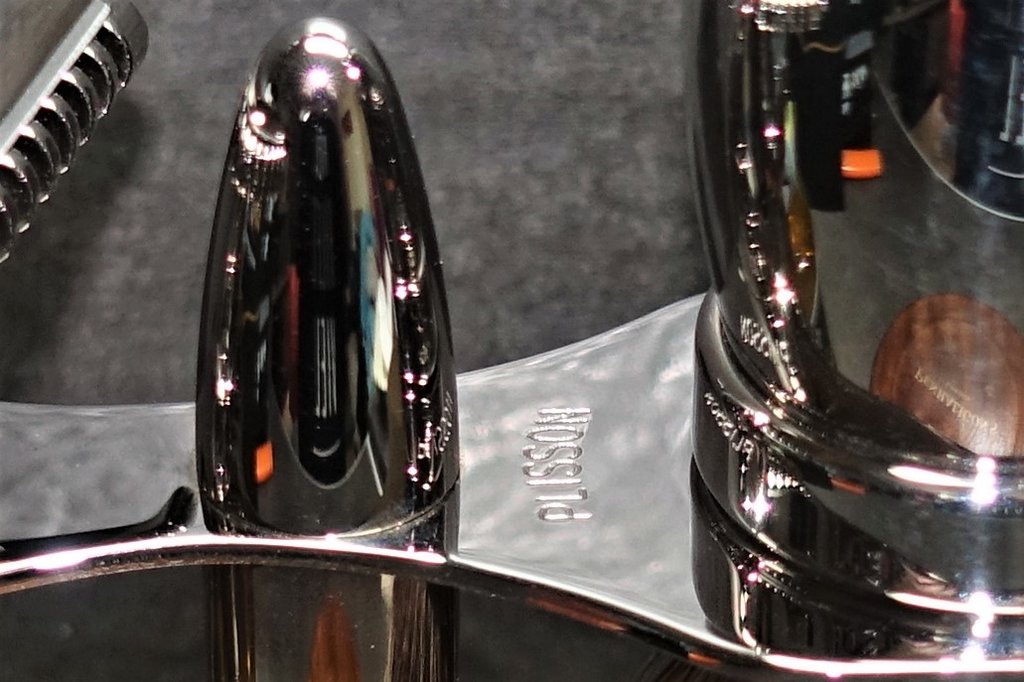