Now that I have gotten the feel of a quality badger brush, I am starting to experiment with the latest synthetic brushes to see how close they come to the real badger. My first brush was the Omega Evo, which was a very good brush and tried to mimic the new SHD type badgers where the individual strands were soft but packed densely together to give it backbone. This worked well, but I still preferred the gel tips of the real badgers, which the Evo did not translate very well.

Luckily I found someone else on another BST that was selling his Muhle Silvertip Fiber brush, who just happened to be on the same journey of trying to find the latest synth brush that came close to real badgers. So, after a little more than a week, my Evo went to the other end of my state and the Muhle arrived yesterday. 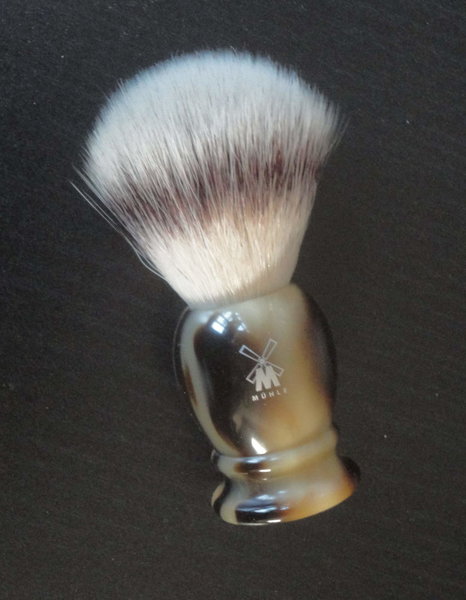 I lathered it up last night and found out why the previous owner wanted to sell it - it was significantly more floppy than the SHD brushes, and felt more like the traditional silvertip and finest brushes without al the added features. The brush was very easy to load and lather, the tips were very soft, and it did not leak water at the bottom of the brush like many other synths (oncluding the Evo). I enjoyed my shave.

Tonight, I took out my original finest badger brush (also with no additional features), which was a classic handle with a new finest badger knot put in. I believe this knot was 22mm, which was very similar to my Muhle 23mm. Loft between the two looked close enough to be a good comparison. 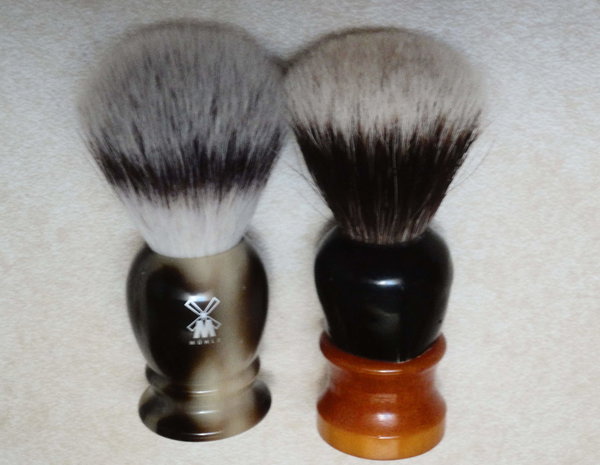 When I lathered it tonight, I found the same characteristics that I found and enjoyed on the Muhle the night before. For those that like the newer features such as big knots, SHD, gel tips, and those things, the Evo is probably a better match. For folks that enjoy the older type badgers, this Muhle is a perfect match for that.