I picked up the weirdest barber hone I have ever used today. It is a Carborundum Aloxite #79. It says "dry razor hone" on the box. It had a few gouges in it so I decided to hit it on the 750 diamond plate. I got the plate wet and put the hone on there....Guess what happened? It turned into mud! Ive taken pictures. First the hone dry, and then the resulting slurry of wetting the hone and rubbing my finger across it lightly 10 times. It easily scratches with your fingernail yet it puts the best edge from any barber hone I have used.

Does anyone know of this hone? A google search tells of carborundrum razor hones, but not one like this. It feels like a dry peice of clay. 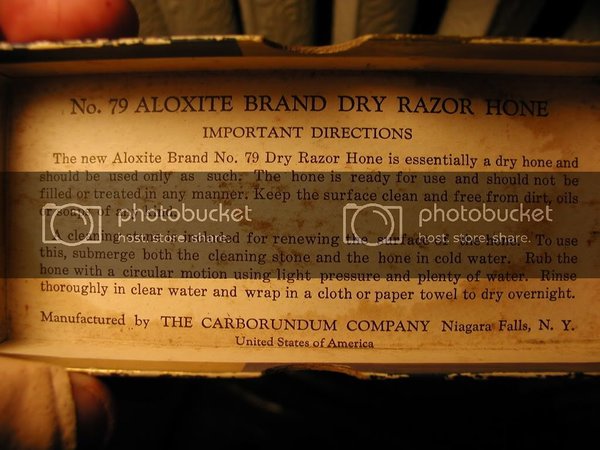 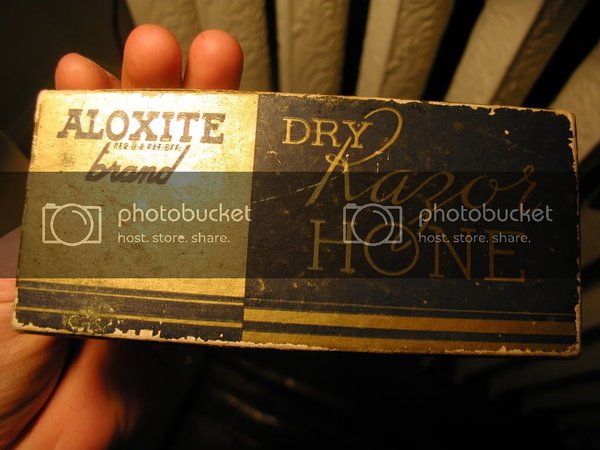 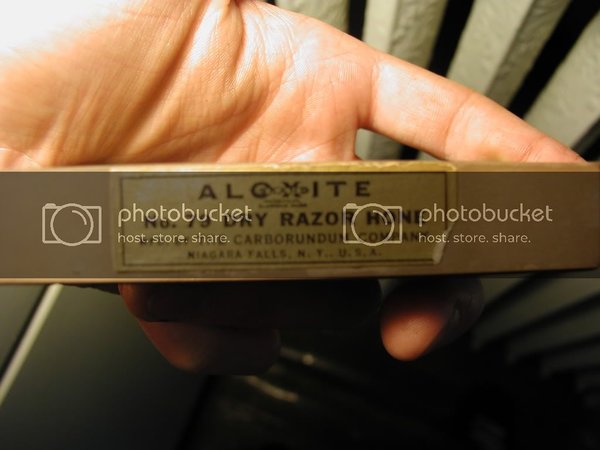 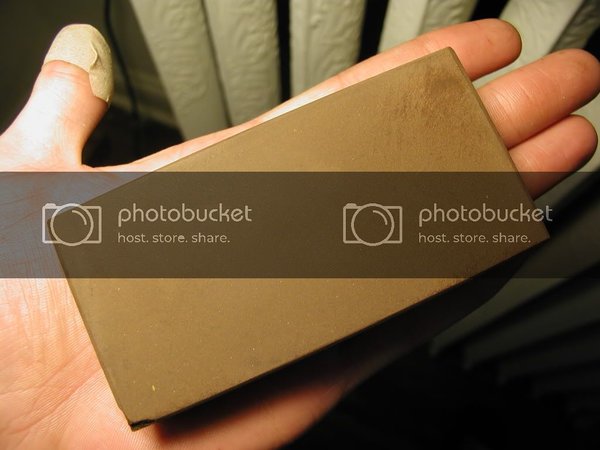 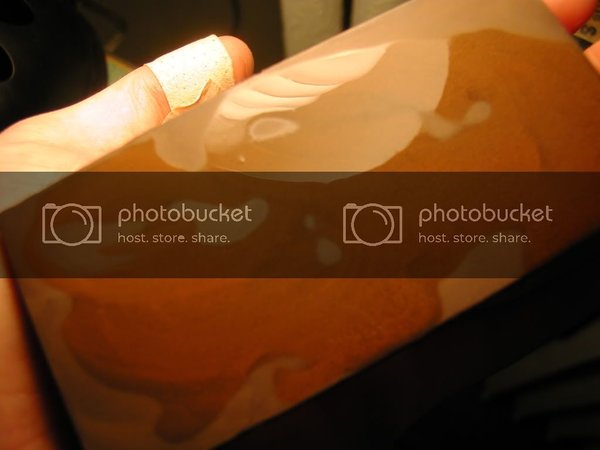 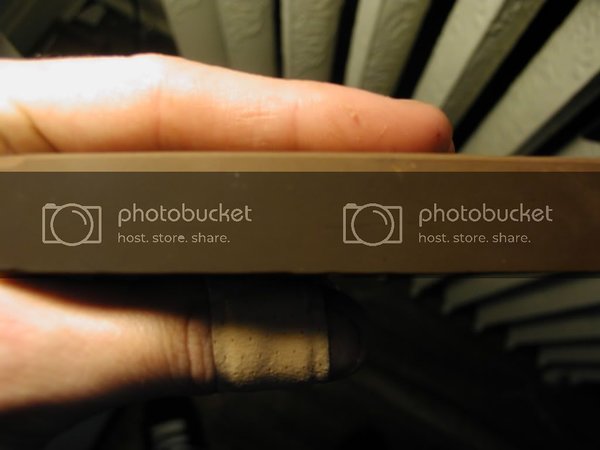 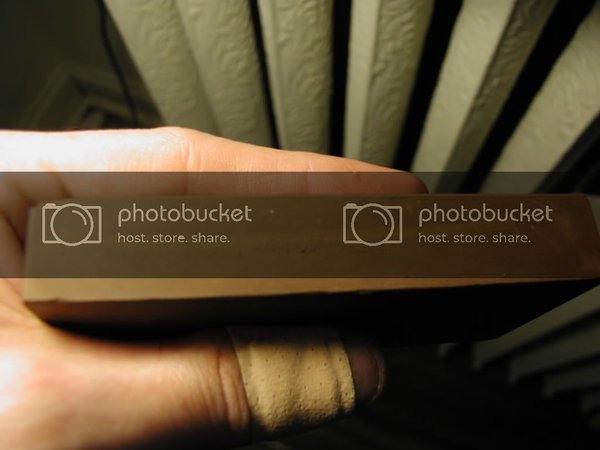 Looks like you have quite a rare and unusual gem.

It's made from Aluminum Oxide abrasive (not the more common Silicon Carbide from the same company).
And unlike the SIC hone, the binder in this one is a "soft blend" so you should not use it with water or it may produce too much slurry and that would be counterproductive (will dull the edge).
It will also clog with steel bits, so the cleaning stone is necessary (so don't lose it), but because the stone is soft you should rub very lightly or you will waste the abrasive.

Its a cross between a barber hone and a water hone... while i would not recommend you try to remove chips, but use dry for finish or touch-up and should put a damn good edge or your razor.

I have only seen one other such unusual vintage hone like that, it's a Tonsorial Gem, my first thought was it's hard, but when I attempt to lap the thing it almost seem to melt away in slurry like a hot chocolate bar... still not sure it was meant to be that way... but it makes a better edge than my Swaty.

Wow that looks like a really nice barber's hone. The mud thing is very weird indeed, it's very soft!
M

Smythe, you are correct on it producing a killer edge. My radiumite razor honed on it was way to sharp for my liking. I nicked my face 5 times with it before quitting. It does a great job though. BTW, I don't have the rubber, it didn't come with it.

Don't have the rubber/cleaner?... not a problem, there are so many modern cleaning solutions available today... you can use a scouring pad to gently clean swarf from the surface.
Or get yourself a Coticule rubbing stone... that will work too... and if all else fails a small strip of 2k grit W/D sandpaper glued to a 1 inch cube of plastic or wood will also do nicely.