The idea seems bright enough; the place you’ll need the most light where shaving is just where your hand and razor will shade for the light. The solution – the light bulb idea, if you will – is to place the light in or on the razor. And that is what Raymond H Wilhelm did in his patent application one hundred years ago.


Bathrooms were darker in the past. One needed to position oneself just so, or the shadows were more than the five o’clock ones. But if your light was on, or in, the razors, there would be less care needed when you shaved. Or in the words of the erstwhile inventor: 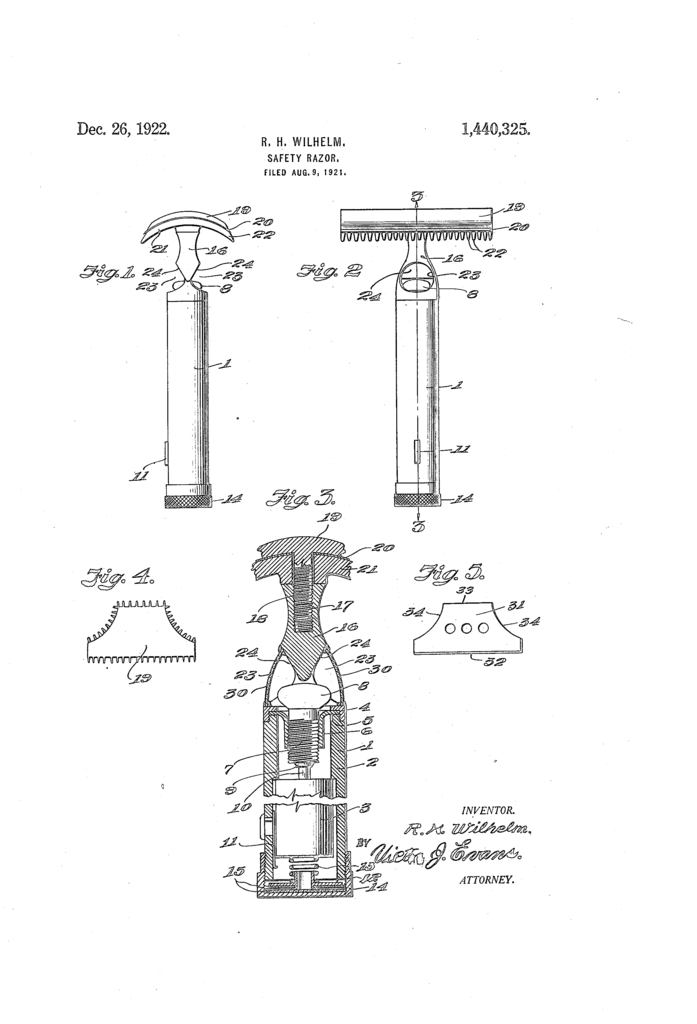 
​
The head of the razor is fairly straight forward, even if Raymond H Wilhelm also suggested an “improved” razor head and blade.^ An improvement he didn’t elaborate too much upon in the text, and probably wasn’t much of an improvement to begin with. The bright spark of his invention was the light source, and the shaped holes and concave-convex lenses that directed the light. Overall it is one of the better ideas I’ve seen for illuminating razors prior to the modern era and bright LEDs.

With the patent long expired, there is nothing stopping an aspiring machinist from making a modern version. One could use modern LEDs and batteries to make a handier and brighter version than what was possible in 1921. The only question is why, in the era of brightly lit bathrooms?

* Which put you at risk of burning your hand.
** Who’s invention would cast more shade than light.
^ Figure 4 is the improved razor head, and figure 5 is the improved blade.

And if you're interested in patents for razors with lights built in or attached to them...
Here are 14 of them: