Moderator
The Schick Injector is a razor with history. The first models were produced 1926, sales in the US stopped 1998, 2003 models were still produced. Of course, different models were produced over this period of time, in that sense longest continuous run probably still goes to the Merkur 37, however, the basic principle, have a razor you shove a narrow single edge disposable blade in, remained the same.
Some history and a nice summing up of models can be found
Please, Log in or Register to view URLs content!

Today I had my first ever shave with one, and that is an atypical model. Called the Fashion Razor, it came in two variants: cream/gold, and turquoise. I was underwhelmed, but maybe I need more practice. After all, there are those that call this the very best razor ever made. 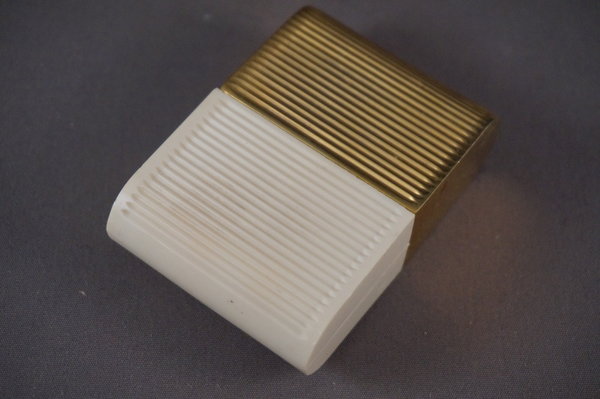 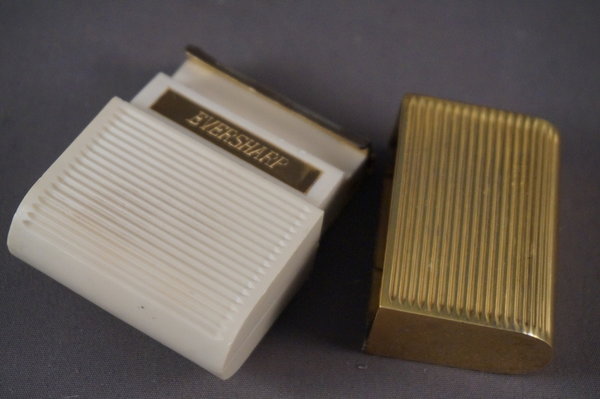 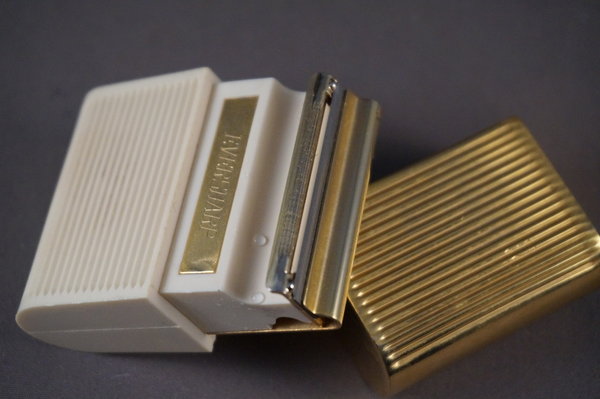 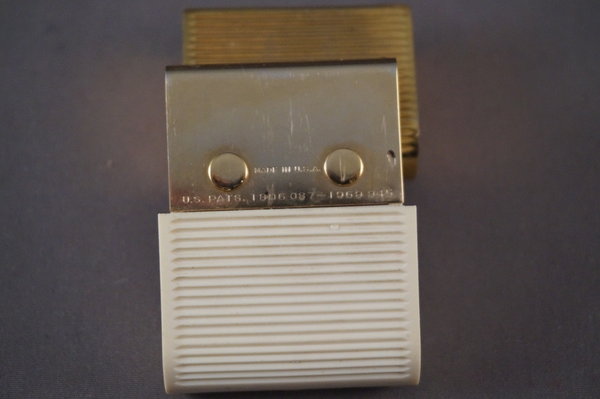 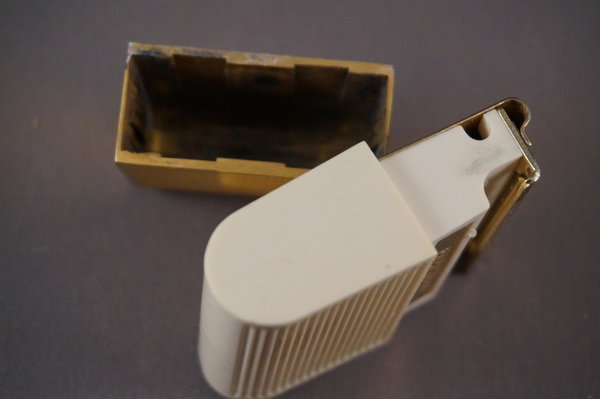 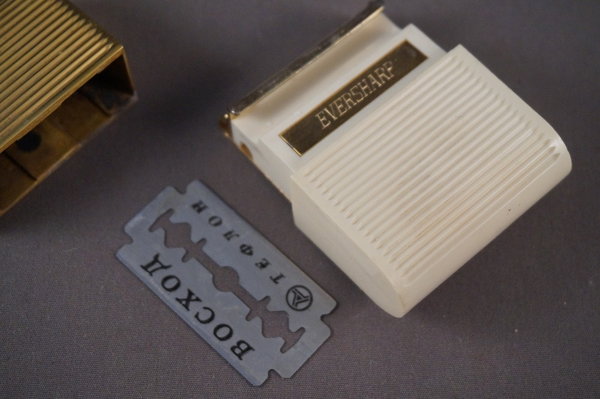 There are not "those"... there is just me

As I said elsewhere: Choice of blade and angle can be a problem with the Fashion Razor.

For me Hussy is one of the best razor that i have.

It need few shaves to learn how to shave with it, but after that... Pure pleasure!

I never shaved with an injector and that on my age. Now it makes me curious, time to try one....

For me, injectors are THE razors.

Try and find out why!

If I need a safe nonsense and best shave, I take a Schick or Pal Injector.
Nothing better, or

Are the blades for the injector allowed in hand luggage when travelling by plane?

I would not take the risk. If you have the key with you and blades than I see I high risk that you will lose your blades. If you don’t have it with you, then worst case you loose the razor together with the blade. You won’t have a discussion about the definition of „safety razors“ with the security staff that either wears a beard or only knows cartridge razors and thinks that is a „safety razor“.. e.g I remember a checkin in Berlin when I had to open my wash after the security guy saw a Merkur 34 and asked: „is there a blade in?.. please Open the case„ luckily I was on the trip back an had only one blade with me that I throw away before leaving Berlin.. so I kept the razor and had no further discussion. But obviously this guy knew what a safety razor is... so the rule is: „no loose blades“ (That can be removed from the razor) in hand luggage.. with an injector it’s subject of discussion if the blade can be removed without a key (frankly speaking.. it can, an therefore leve it better home or in the suitcase)
---------------------------------
Forum FAQ | Support us and donate! | FdR-German wetshaving community

Thanks for the information @Hellas , I was hoping that this one would be accepted. No need to try, and the cartridge razor will stay in the hand luggage.
It would be a good excuse to buy one, but who needs a excuse to buy shaving gear

Moderator
Found blades in the stash of stuff that came with stuff: 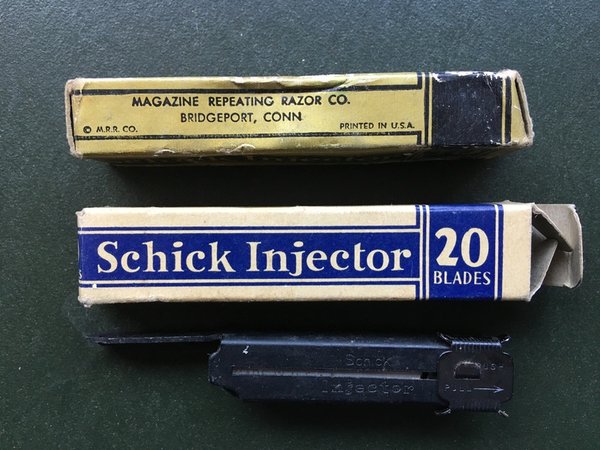