I was testing out my new "Pikes extra choice selected vintage belgian coticule" with some bevel setting. This thing is wicked fast with slurry, but very slow with water. I couldn't help but notice that when using coticules that are harder like this one the slurry gets darker much more quickly. We know that coticules continually release garnet by being abraded with garnet released by slurry stone. But on these harder coticules I wonder if it happens at a much slower rate? It seems that my Pikes, and Latnueses hybrid show this quality the most.

The second part of this is the breakdown of the slurry. On hones such as slate types, thuringians, and from what I have read J-nats, this process is an integral part of dilution. However, the general consensus is that this happens only minimally on coticules.

I was doing some heavy bevel work on a 7 day set razor (sunday) and started with a paste like slurry. I worked it for probably 15 minutes or so. I noticed that the bevel was very sandblasted in appearance during the beginning of the process. After 10 or so minutes, I checked again and the bevel looked much more polished given the same thickness of slurry.

When I was finished, instead of rinsing the stone and starting with fresh slurry, I just finished the dilocot with the black slurry. During the very start of the dilution/halfstroke phase I diluted to regular milky level. It seemed to have a lot less "bite" when it was blackened. It took longer to reach keenness during the thicker slurry parts (say halfstroke sets 1-3 of 10). However, It seemed to reach keeness much more quickly during the final dilution stages.

The problem I am trying to wrap my head around is whether this happens because of slurry breakdown, OR because of increased steel in the slurry causing a psuedo-dilution.

Think of it like this. With fresh thick slurry, all of that slurry is garnet. With the same amount and thickness of slurry that has a lot of steel in it, there would be a lot less garnets no? My amount of slurry stays the same because a little of it falls off the sides.

Has anyone else tried to make a super black slurry and then start the dilution process? What were your findings? Sorry if I am getting to crazy about all this!:scared:

Spessartine garnets don't cleave, so theres no "breakdown" as such. But they do wear and loose their bite from rubbing together and working the steel. I never refresh slurry on a Coticule, as I always had the impression that dirty slurry works better for the dilution phase.

Bart your a man after my own heart I seldom refresh my slurry either and just thin it as I go along. I've never seen any benefit from constantly refreshing the slurry.

I have better luck if I use "dirty" slurry

As said from me on the slurry, I never refresh, I figure that the slurry that set the bevel, is sure good enough to refine it

I gotta start writing these little gems down.
Thanks for the pointer.
M

Here are pics of two Pike coticules, the first an "extra choice selected" the second a "superfine".

The extra choice selected is white in color and very fine. It cuts slowly on water, but faster than the superfine. The edge is also a little smoother. Dilocot is also easier. 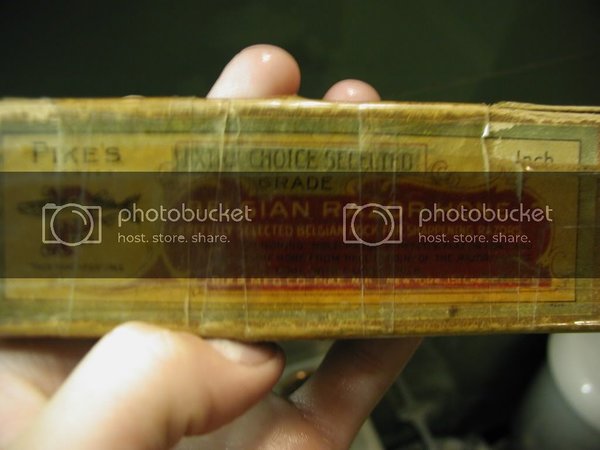 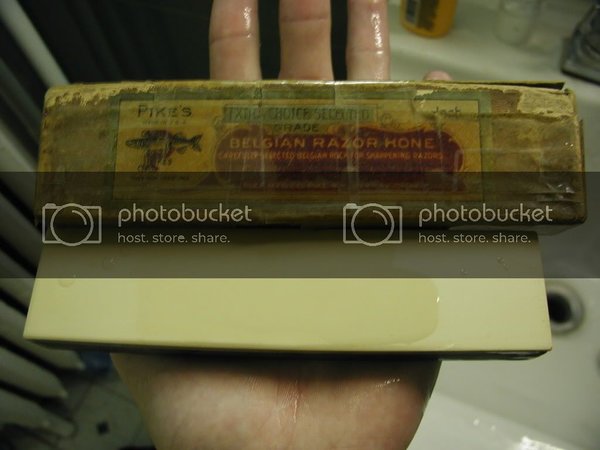 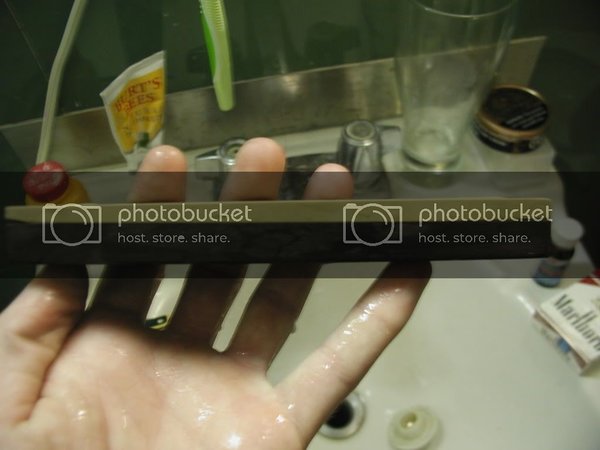 The superfine is yellower than the ECS. It is slower on water and harder feeling. It also feels a little coarser but only slightly. It was labeled superfine on the end, but the stamp was lost due to lapping/honing. 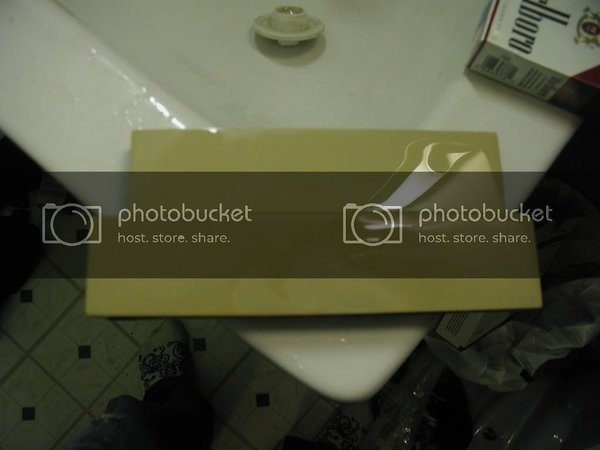 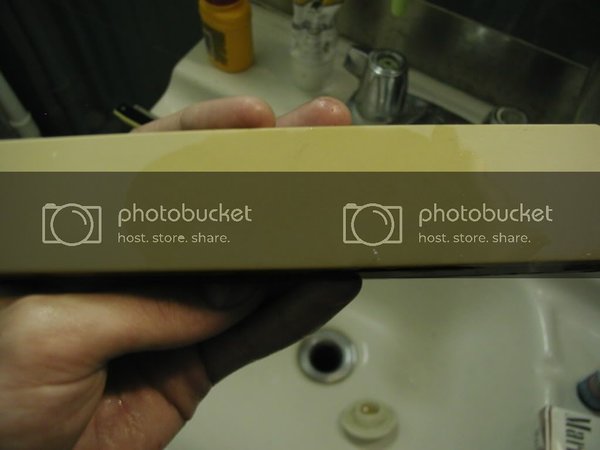 In all, I would say the gradings are correct on these two. I prefer the ECS but it is an inch shorter. I got that 7 inch long one for a score of 38 dollars! The Ebayer listed it as a "Shavng stone" so a regular search on ebay wouldn't find it.

These are nice stones, Caleb. You really have a nose for these Ebay finds. :thumbup: