This Threat will not have many contributions, but nevertheless worth a mention.

We are in 1915, when Evangelos Porichis opened his still existing grinding shop in the center of Athens. He was followed by his son Spyros Porichis, who dedicated many years to the art of sharpening and, working with the best barbers of his time, made the name "Porichis" famous, especially as a specialist in sharpening/regrinding razors. The store was located for 65 years (1943-2008) at the corner of Lycurgos & Kleisthenous streets. There also started, Nikos Porichis, nephew of Spyros, together with his brother, until they were the first to manufacture scissors with the logo EBEM in their new factory on the island of Eubaea in Greece.

Spyros Porichis had his razors made in Solingen. With which manufacturer I still investigate, but as I know the "old Greeks" from the time: "only from the finest German manufacturers" (If already from abroad, then also expensive).

I had once mentioned that my father was a barber in Greeces. Well, he was allowed to deal with that during his military service. He told me once that he used razors in the army, which were made in Germany, but with inscription Ελληνικός Στρατός, so "Greek Army" and he shaved officers with it. I had this in memory, however never seen such a razor. Also searches of friends with acquaintances with the army and searches in old army stocks brought no results. I had almost forgotten about it until I saw this Razor. Apparently, old Spyros Porichis had actually received an order from the Greek Army for razors and had made the razors in Solingen under his logo "Σ. ΠΟΡΙΧΗΣ" for the order. One of these knives apparently never left Germany. Well, now it's not in, it's with Hellas. 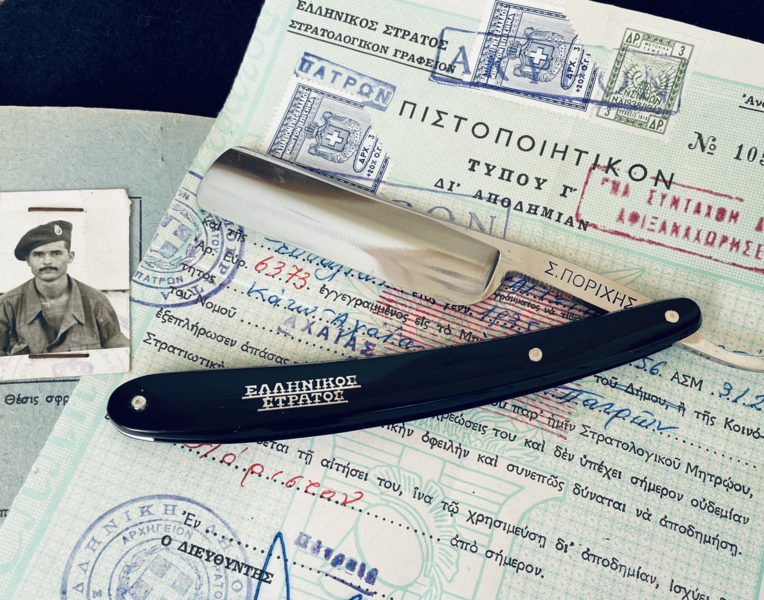 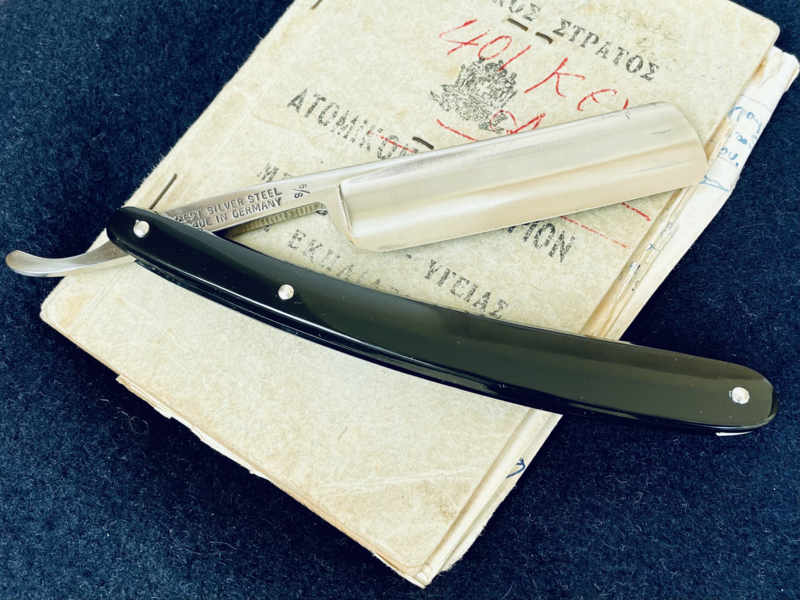 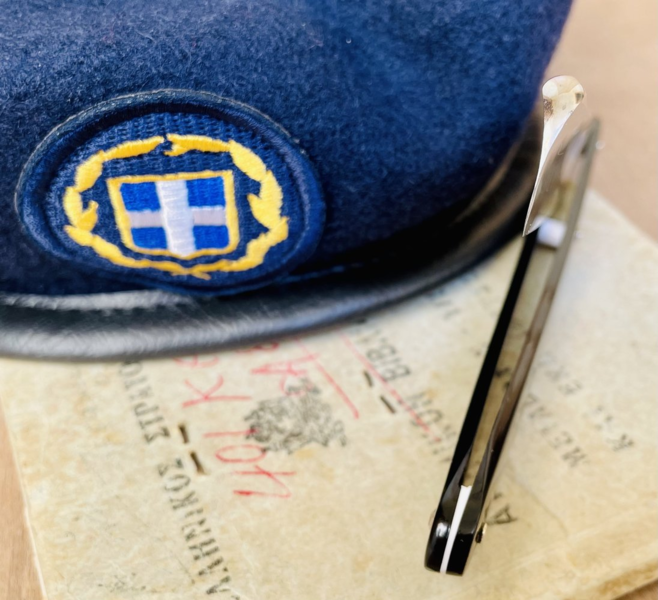 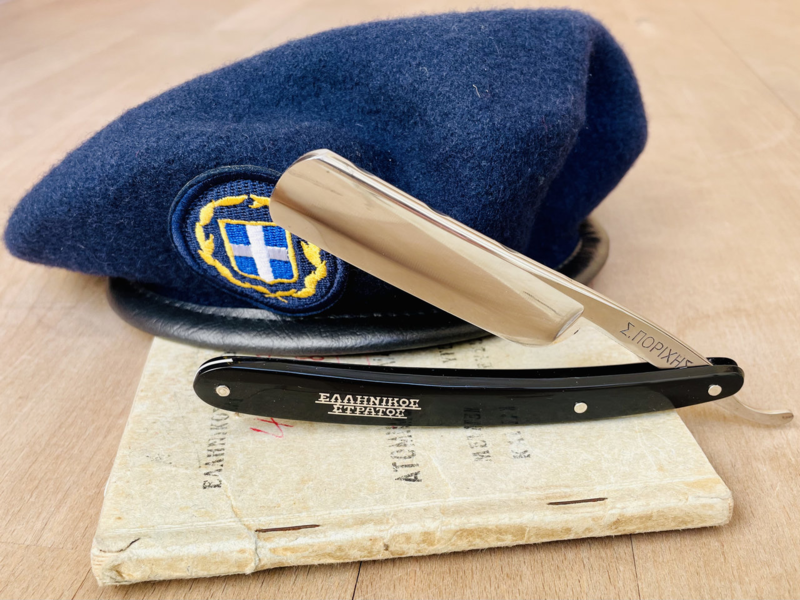 SU-Patron
That's a nice find!
It completes a story

Moderator
Great story, great background, thanks for sharing @Hellas
An’ I don’t need no safety razor, neither.