My Muramasa has landed....
Finally, four days late - after a mix-up between Fedex and TNT locally. 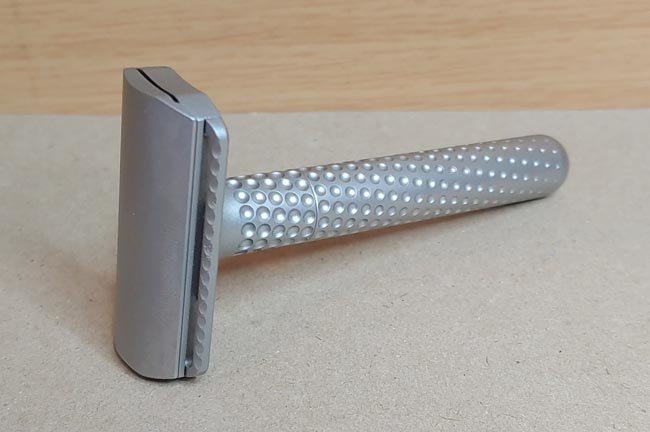 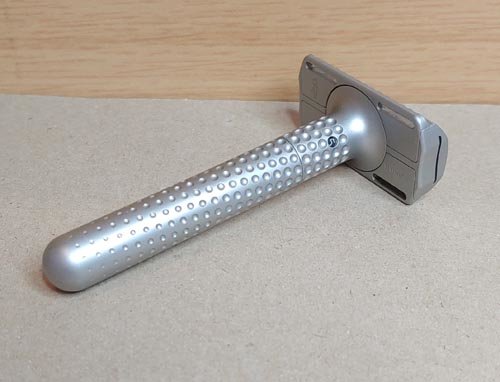 I've always liked the design of their razors and when I heard that they were looking at releasing an adjustable I knew that one was going to land here. Its a great looking razor - JMHO.

Its an all Satin finished stainless steel razor with a "sort of" a totally new take on adjustability. The two solid bars move in and out, turn the dial under the head and it moves the bars - very ingenious. The L'Essor Le Supreme is a vintage that does this. 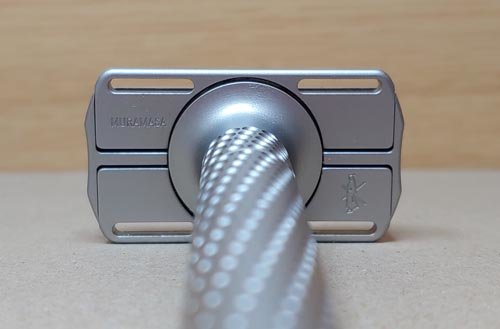 When I received it, I found the adjustment dial difficult to move. It has a little O-ring that provides the resistance that holds the adjustment, so I put a bit of vaseline in it which allows it to move smoothly and also hold the adjustment.

Two, maybe three negatives...
Its too mild and I think that it should start where 3 currently is.
The "setting" window is way too small for my eyes and the black background, I suspect that the black will wear off over time and that will make the numbers more difficult to see.

Some say that the handle length is too short, but for me its pretty much spot-on if anything a tad too long

Tatara provide a key to dismantle it for deep cleaning.
Look at the shape of the recess where the blade bars fit, they are the "T" from Tatara - the attention to detail....

So - How does it shave 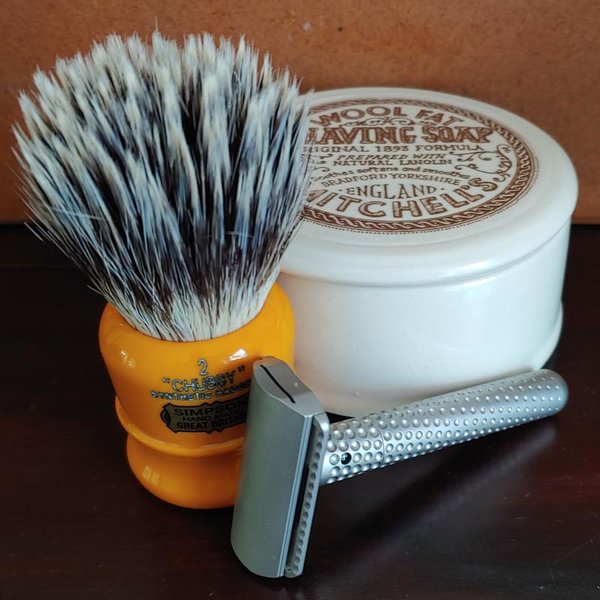 I have the benefit of other guys reviewing this before me, so I sort of knew what to expect. After seeing their reviews I made sure that I had a twice used Wizamet waiting for it. I started on 3 ATG and immediately realized that it needed to go up, so dialed it to 4 and finished off the ATG portion of the shave, relathered and dialed it up to 5 and did the WTG part of the shave. I had to do my normal touch-ups and I'm pretty much BBS.

thanks for the review, will let this pass what with the Rocnel adjustable on it's way, too mild for me it seems.
Practice for a Long Long Time and All Is Coming

Great review. I am just amazed at the design and aesthetics of this razor. With many reviewers saying it is too mild, I am hoping that they come out with a version that starts with 3 and moves up five adjustments from there. It will also give me time to sell my plasma at the local plasma bank to save up to get one.