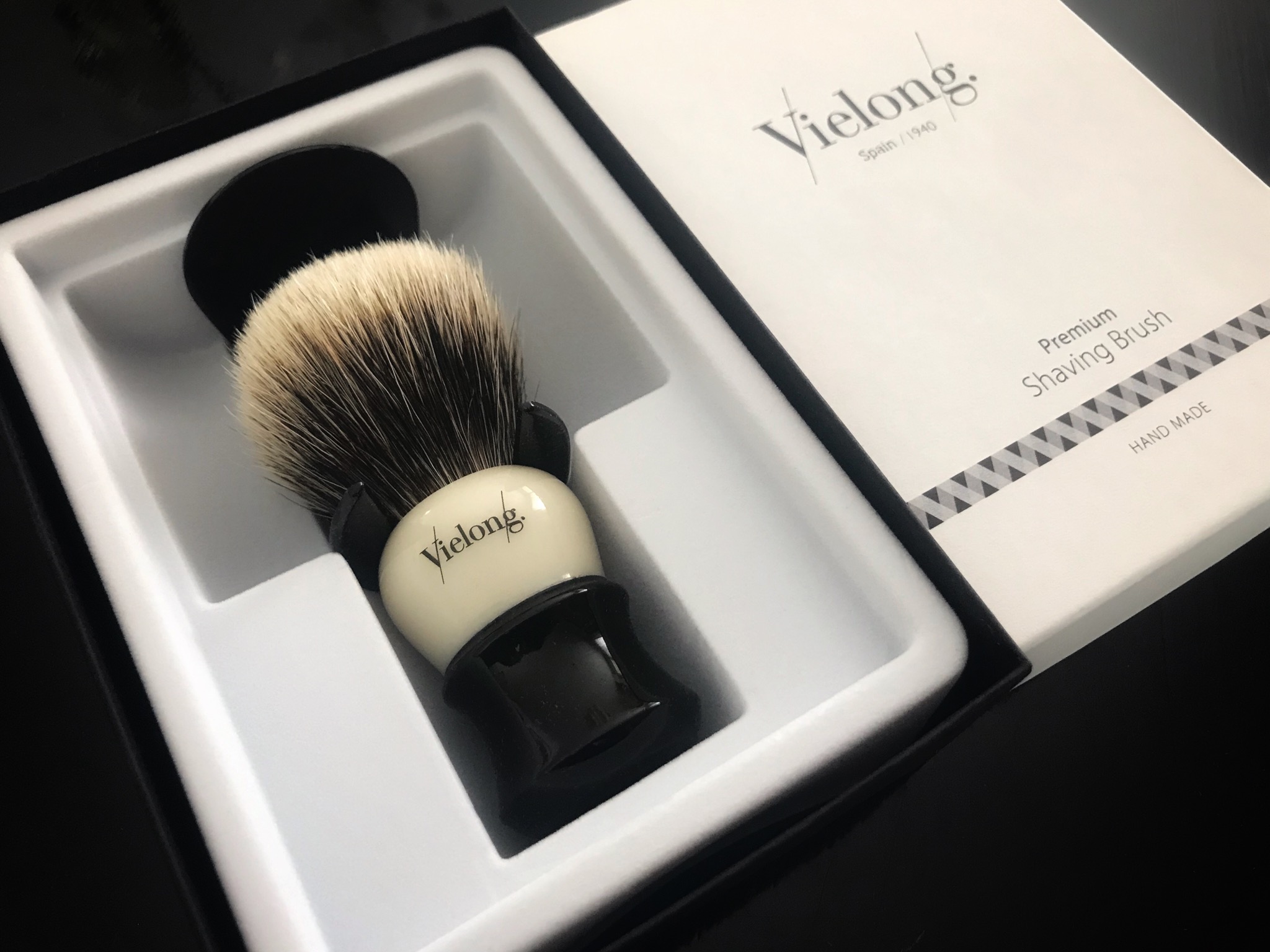 I have been indirectly involved with this brush , which is the foroafeitado Vie Long LE 2018 brush , but with different hair , in this case the European White badger. 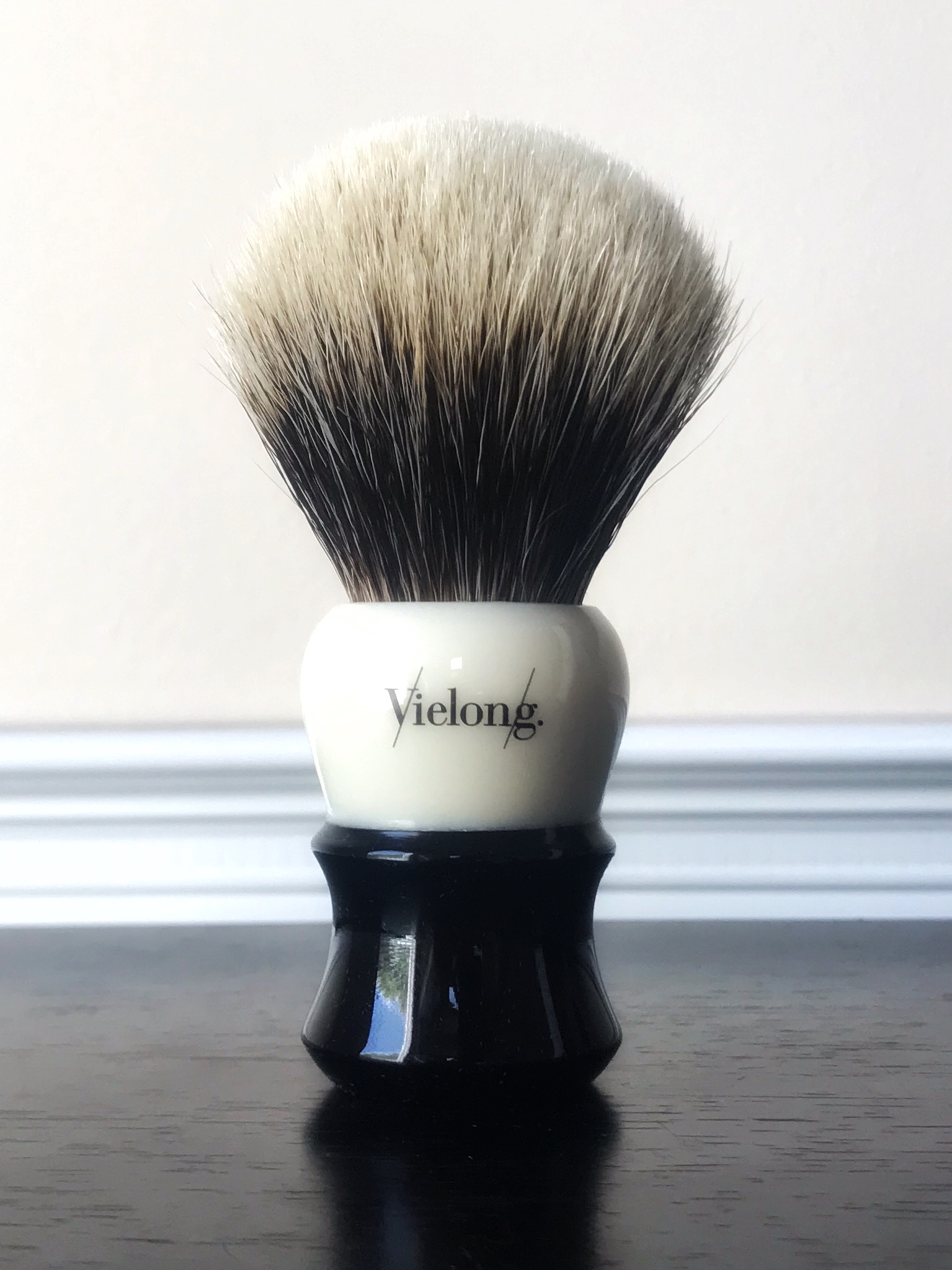 And , as I was pointing out earlier , the badger hair used on this LE brush is the European White from the Meles Meles badgers raised in China , instead of hog badger , which is mostly used to make the two band brushes/knots these days. 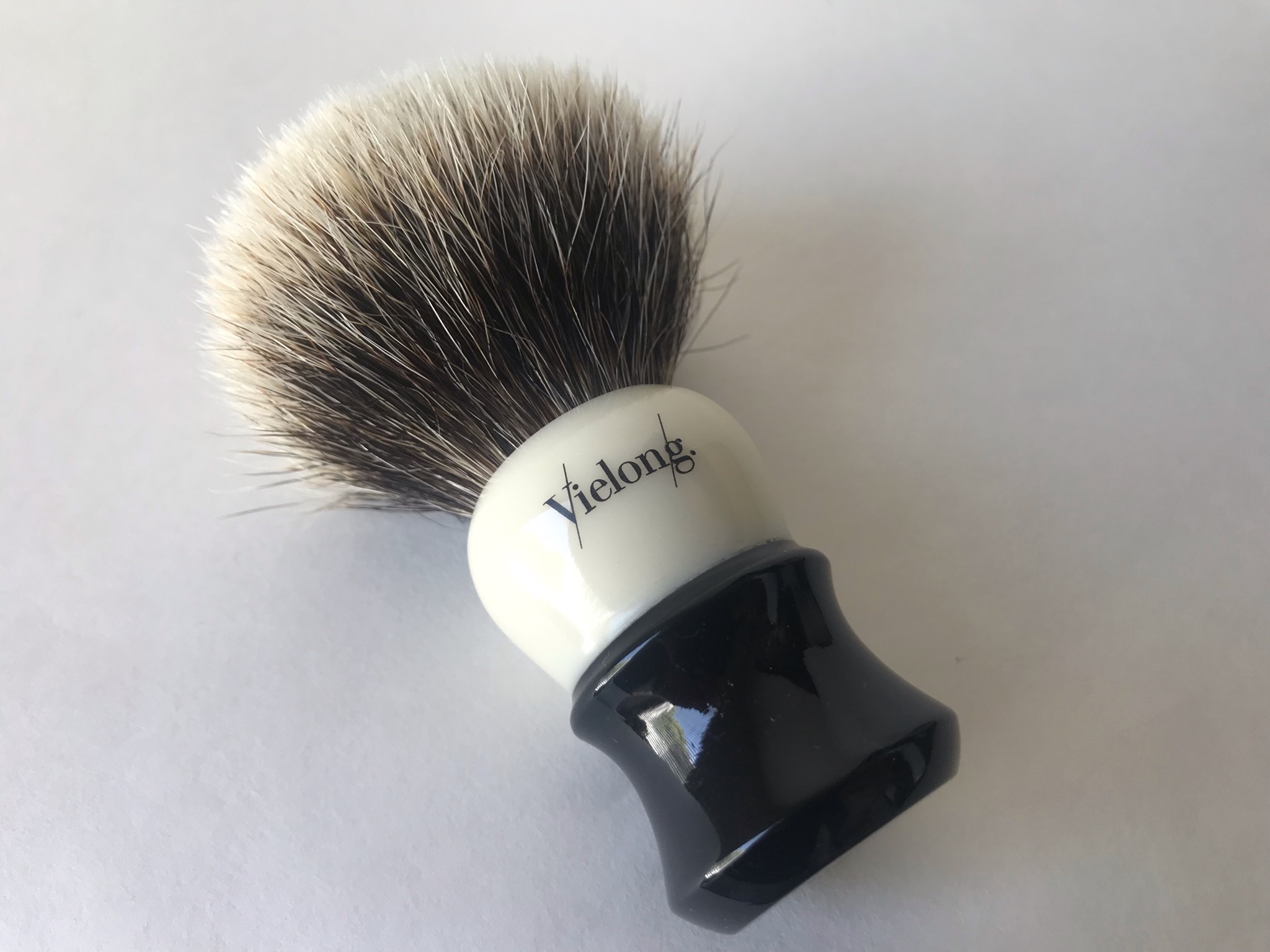 The brush has a very high hair density , reminding me of the old Morris and Forndran blonde badger brushes (circa 2010-2012) , as you can see on this pic : 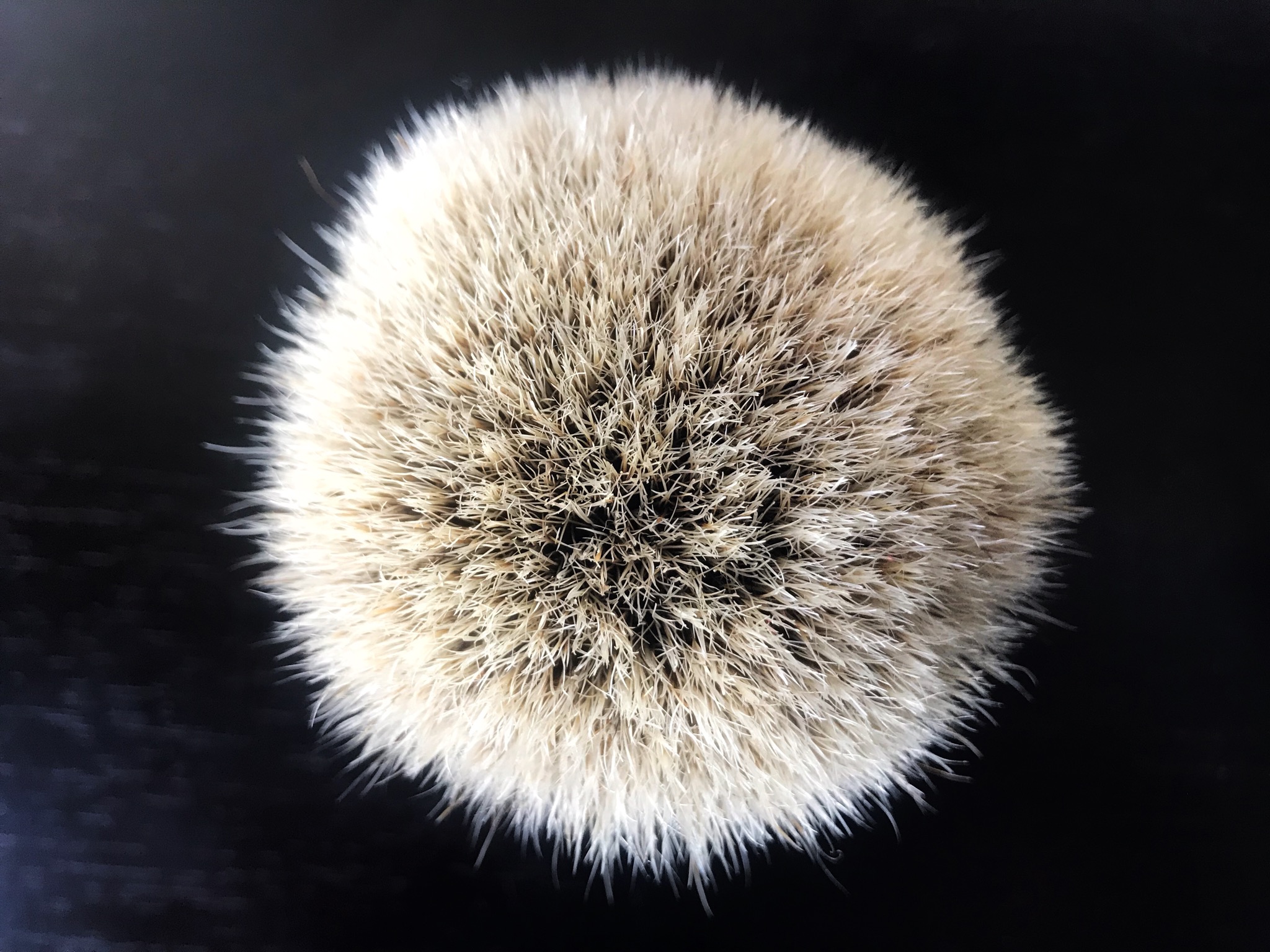 I have the advantage that I already have used one of the prototypes of this brush and I already know how it “behaves”...for the die hard face latherers our there this brush is a dream.Soft tips (they even get softer with use) , firm backbone mixed with a good flow/flexibility.
The tips are soft and they’re non bleached , but Vie Long treat the badger hair on a way that it softened it.

It blooms perfectly for me (I’m another die hard face latherers) also reminding me of the old Plisson European White brushes : 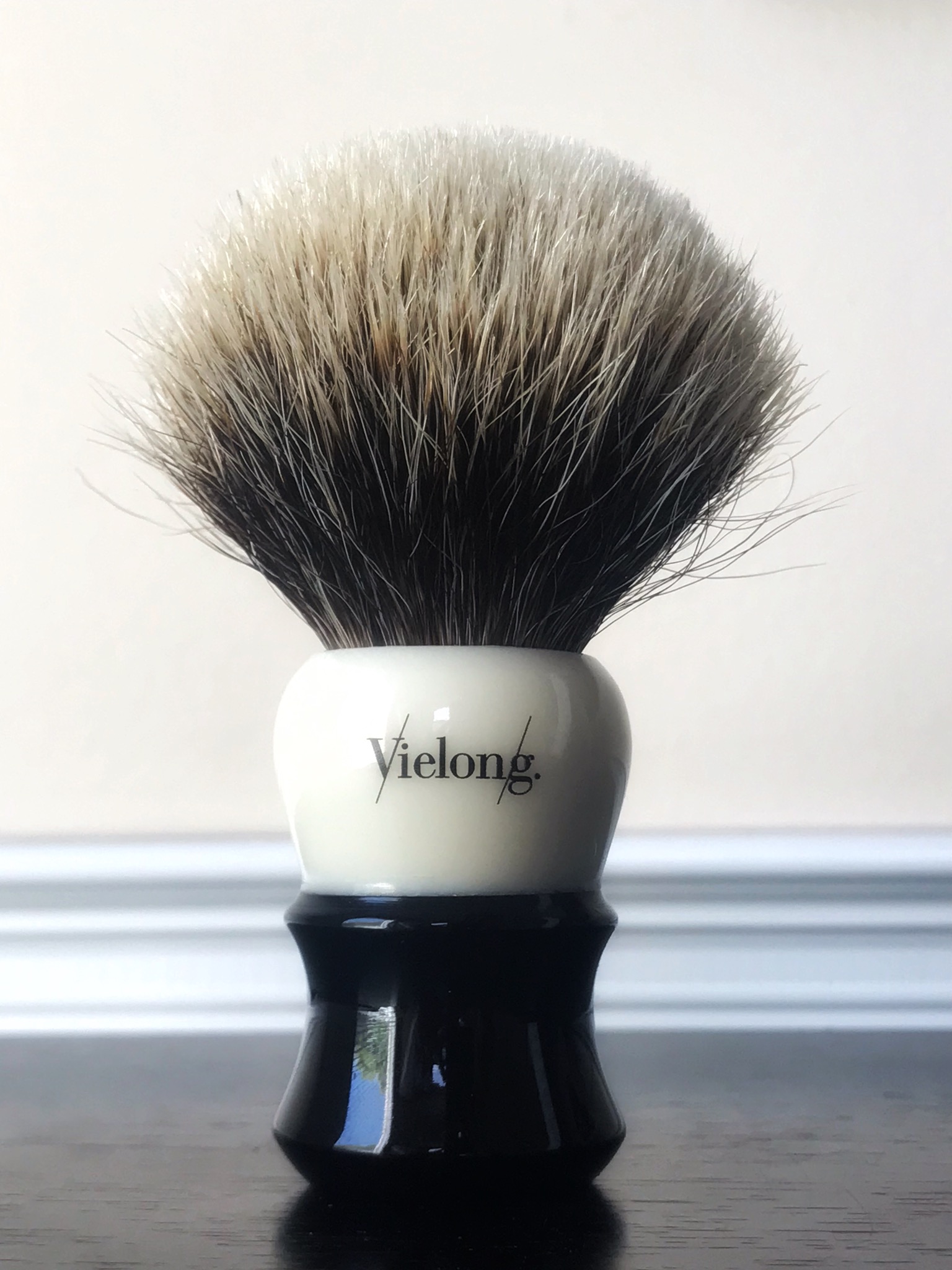 Perfect to use with triple milled soaps and a lather machine , making larger very fast and easy , with no too much effort and not absorbing the larger like other high density hair brushes.

No matter of you use circular or painting movements , the knot works well with both of then.And if you use it for bowl lathering , the same.

What can I say ? I might be bias since I’m from Spain and been a Vie Long user for a loooong time now , but Vie Long uses some of the best badger hair out there , no matter 3 band or 2 band and this brush , as well as the foroafeitado LE 2018 , is a clear example of that.

And for its price , a total steal , for a brush 100% handmade in Spain by shaving brush artisans.

Moderator
SU-Patron Gold
Beautiful brush, and a very nice presentation. Actually makes me want to own one.
Cheers!
Richard

Same here, thanks for that
Practice for a Long Long Time and All Is Coming

Great review. I owned a couple of Vie-Long brushes, but they were all horse hair. For a long time, I thought that was all they made, however this white badger looks interesting. This will be another thing to put on my ever growing list of things to get. Looks like I better start my Autumn cabbages and broccoli very soon, as I see more soups and stews for the rest of the year.

Seems like they will be going up in price very soon, better act now.
Practice for a Long Long Time and All Is Coming

Also, this is limited production of 100, so soon you may not be able to get one no matter the price.
T

Thank you so much for your kind words , gentlemen.

I truly can recommend this brush with my eyes closed.Vie Long have made a superb brush and this badger hair is quite unique these days of hog badger bleached (most of the two band hair these days)

Is price right now is a steal for it's quality and type of badger hair.