This section looked very lonely and so I decided to start things off talking about my favorite replaceable blade straight razor, the Weck Sextoblade. This was the creation of Edward Weck and patented in 1909. The blade looked like a Gem blade that was stretched out. It had a spine and was approximately 6 cm long (the current Feather AC blade is approximately 5 cm). So the Weck beat out the Feather AC razors by about 50 years.

The early razors had scales like the regular straight razors of the time and could even be stropped, as most of the blades were made of thick carbon steel. The blade slid in from the front of the razor and when used, slid out the same way. This saved the working man from needing to hone his straight razor on a regular basis. The razor did come with a guard, one type being open comb and the other type being a safety bar.

So where does the Sex part of Sextoblade come from? Early razors were sold as seven day sets, but instead of seven razors, there was one razor with seven blades and so it was Sext (six) extra blades, and not Sex (you get the idea). 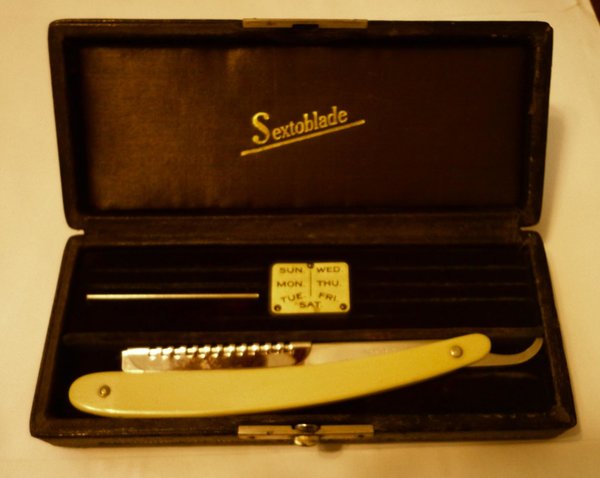 Over time, there were some versions made for the US military which were stainless steel scales with the Caduceus symbol on the front. These were used by medical personnel on the front lines for quick operations and not for shaving, unless you had to shave hair from some other body area. 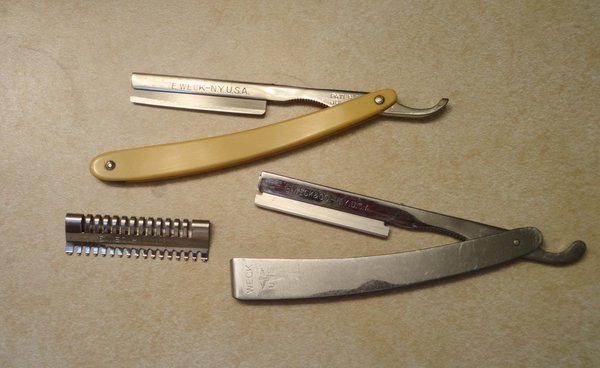 Long after the Sextoblade and the Surgical Prep stopped production, the Weck blade was very popular for barbers and hair stylists to use as hair shapers, and many are still used today for that purpose. Of course, some, like the ones in my bathroom are still used for shaving.

Moderator
SU-Patron Gold
Reminds me. I still have to try the ones you sent me ...
Cheers!
Richard