I could never understand the advantage of a safety razor that used a half DE blade. I think I could understand more the razors that used a whole DE blade but exposed only one surface because you did not have to go through the effort of snapping a blade in half. In any case, I wanted the Apollo clone white plastic handle and the half DE Katana head came with it so I tried it out the past two nights.

The razor itself was easy to load once the blade was snapped in half. care must be taken because the snapped portion curved toward one side and could cut you if you were not careful. 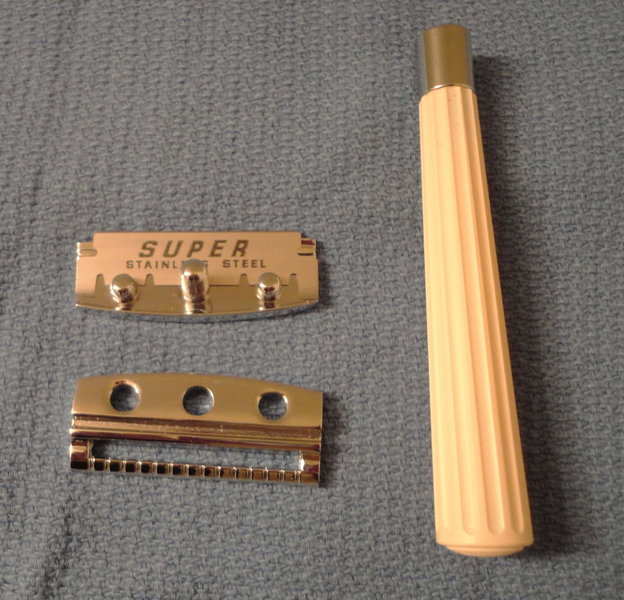 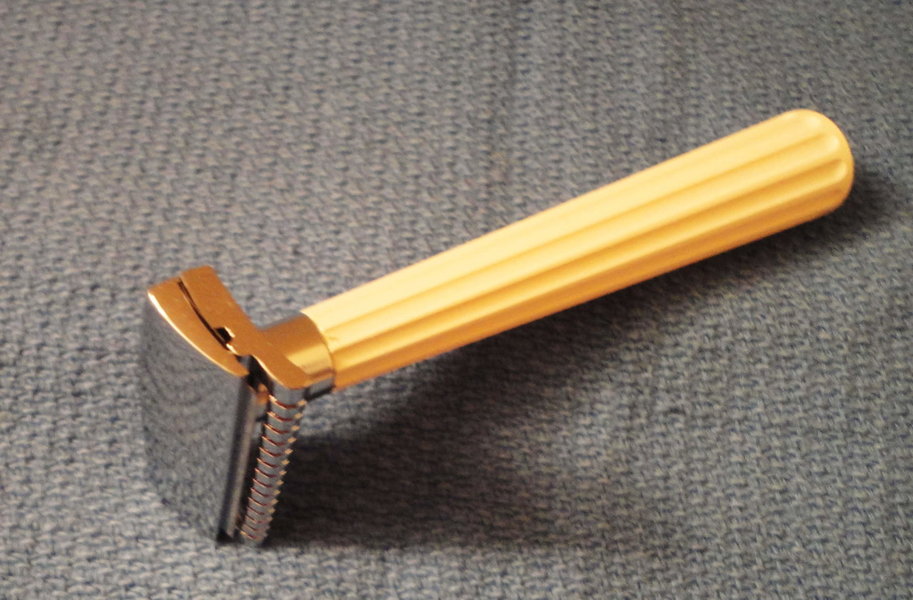 First shave with the Katana was unusual. The shave started out a little rough, however I realized that the blade I was using was part of a PIF where we reviewed different blades. This one was a Viking's Sword blade from Israel. Interesting the name of the blade because the razor name - Katana is a Japanese Sword. The Viking's Sword blade had a characteristic of having a rough first couple of shaves before settling in. It was possible that the initial roughness of the shave came from the blade or from the razor itself. Going WTG was very noisy and rough. ATG went a little better, but I had to do a lot of buffing to end up with something close to a BBS. After the first shave, I was not impressed with the performance of the half DE concept. At least with the injector type razors or the Feather AC safety razors, the blade remained stiff without much other support, and the shave would always end up decent. The only advantage the half DE head had over the other two types was nothing.

i had my second shave with the Katana tonight. The blade did mellow a bit (or maybe I learned the characteristics of the Katana). The shave was still a little on the rough side and I still had to work to get somewhere close to a BBs, however I still could not see any advantage of a half DE safety razor.

Oh well, at least I ended up with a Chinese clone of this handle: 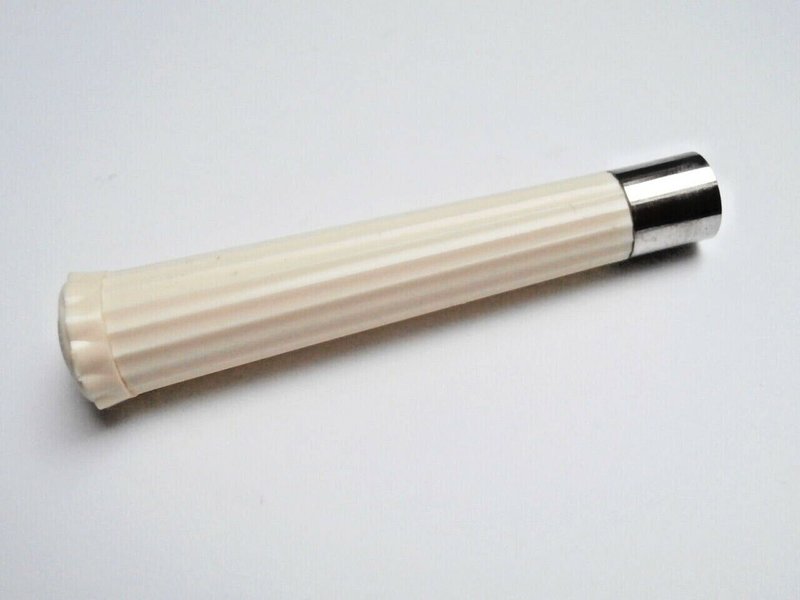