I have quite a few coticules. I am a victim of serious HAD. A former member of SRP is a honemeister, lived nearby, and was nice enough to allow me to pay visits. He tutored me in honing. He had bought this combo 8x3 from Howard at The Perfect Edge. Of course it was harvested at Ardennes Coticule. I don't know what layer this beauty came out of, perhaps Bart can enlighten me ?

My friend honed his razors with a Norton 4/8 and finished with a Shapton pro 15k or a Thuringan. He bought the coticule from Howard and he didn't care for it. He said that it got a razor sharp but not 'scary sharp' (his words) the way the Shapton 15k did. So he offered it to me and I bought it. I am so glad that I did because it turned out to be an exceptional hone.

We have seen how the transition on some combos is distinct while others, such as this one, seem to blend the way good tattoo shading sweeps out in a gradual transition. This is one of the more gradual blends. The top of the yellow is speckled with tiny speckles of magenta or pinkish bits. We all know how fast pink coticules cut. Perhaps this accounts for the speed of this particular hone. I have never made slurry on it. I don't have the heart to rub it with a stone yet with water only it cuts fast yet fine.The bbw side is also an exceptional cutter with slurry. 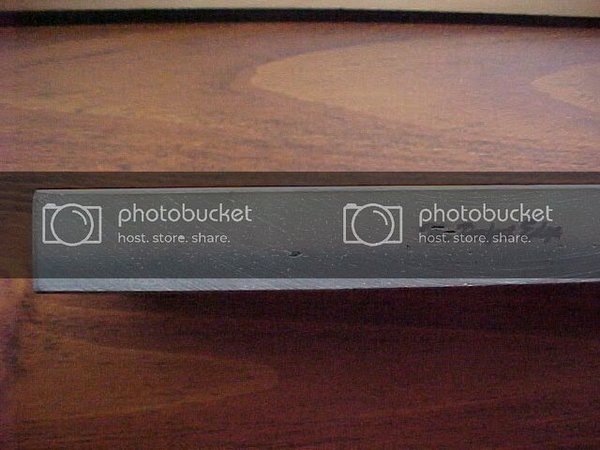 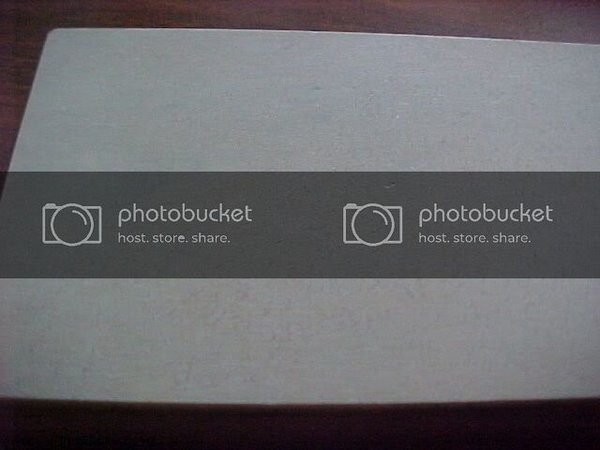 Hi Jimmy,
It's ever so nice to hear from you.

I think (let's say, with 85% certainty), that your hone is from the "La Grise" layer. Check out n°9 at the Coticule Vault. From the layers they access at the Ol' Preu quarry, I've only seen that gradual transition on "La Grise" and "La Verte" (both layers are mined closely together and they are related in properties as well). I'll ask Maurice Celis about it. He's much better versed than I for determining Coticule layers (I'm only his humble apprentice

I believe you know that I don't like to compare Coticules on a grit-rating scale against synthetic hones such as the Shaptons and others. But I believe the reason why many people have failed to get "competitive" sharpness of a Coticule, is because they don't realize that with slurry, it acts like a 2K hone and with water is acts like a 20K hone. Please don't pin me on those figures, I'm just using them to illustrate that there is quite a big gap between both modes of use.

I get results of a Coticule that are very comparable to those I get of an generally more highly regarded Nakayama. The difference is that most Nakayamas are purchased by experienced honers who take razors to it that shave already very well, coming of a previous hone in their progression. Coticules are much more entry-level hones, because they are not that expensive, compared to a Nakayama. They fail to bridge the gap, or finish edges on it that are not quite ready to be fnished. For that reason Coticules have an undeserved reputation for being incapable of matching the keenness one gets of an Escher, Nakayama, Shapton 16K or Naniwa 12K. The differences between all those hones are more in shaving feel than in actual keenness, probably even less than the variance in feel between let 's say a Dovo Bergischer Löwe and a Thiers Issard Silverwing, both finished on the same hone.

Bart... more work for you... Don't remember if a asked this question before but we should have a Coticule ID page... You know like things to look for so one can ID the layer the hone is from... and possibly have this info in the Coticule Heritage?

Well, it's not very high on my priorities list. For starters, there way too much that I don't know about determining Coticules. I can't write such an article without at least the notion that I see the whole picture. But more importantly, The determinations I've done are only meaningful for the Ol'Preu quarry. There were other mining sites in the past, that had access to the same layers several miles apart form Ol'Preu. Other mining sites had access to a different "Gisement" (sort of a very wide vein, made up of different layers of Blue and yellow). The other Gisements had named layers also, sometimes identical names. Hence La Grise Ol' Preu is not the same as La Grise "Sur Les Minières". I can only determine La Grise Ol' Preu. To make it even more complicated, Coticules are mined/quarried both horizontally and vertically. For instance: the first year, they excavate a depth of 1 meter of La Grise, next they dig out the same depth of La Verte, which is right behind La Grise. Next 1m depth of La Dressante. Followed by Les Latneuses, La Nouvelle Veine, La Veinette, etc... (Don't mind the order. This is just an example, I don't know the actual order of the layers by heart). By the time they hit the last layer of the gisement, they just start over with the following 1m of the very first layer. That might be years later, depending on the length of the excavation. It 's like reading text: from left to right, sentence by sentence. There are many decades between the first meter and the 30th meter of a layer. I can imagine that some of these layers show considered variation, both over their entire length and over their entire depth.
Excuse me if that all sounds confusing. The point is, that I can only partially determine the Coticules from Ol'Preu, over a timespan of two or three decades.

What we could do, is to start a public Vault, where people can post their vintage (and other) Coticule, together with pictures of surface, back and sides, and a description of properties. (We need to sketch up a good and fun protocol for doing the assessment, so that the results more or less correlate.) That would be far more meaningful to determine whether new and vintage hones with similar morphology also have similar properties.

Wow, Sounds like the Coticule has a more colorful history than I previously thought.
The Public Vault is a great idea Bart, I have a couple of vintages that I been trying to ID by comparing to the ones in the current Vault.
It would also help some folks selling Coticules with a bit more information for the prospective buyer (you know, like De Beers and diamonds ).
You must log in or register to reply here.
Share:
Facebook Twitter Reddit Pinterest Tumblr WhatsApp Email Share Link
Menu
Log in
Register
Install the app
Top