First, upon request, a picture of a Cotiucle surface. 80X optical* magnification.
(*) This is according to my Nikon stereo scope and a Dino eyepiece for digital imaging through one of the scope's tubes. Cheap USB-scopes promote this kind of magnification as 500X and more. I hate today's marketing tricks.

This is L#4,
Please, Log in or Register to view URLs content!
.
I've enhanced the picture in photoshop to improve the contrast a little bit of what I believe to be the actual garnets.

Next, I would like to share a picture of a dull razor. It's a "Colibri" n°60 "Forgé et évidé Solingen", 6/8 blade.
This razor was send back to me for rehoning, after the owner, who has very sensitive skin, shaved with it for several months. It was his smoothest shaving edge to date, and he would like me to do "the magic" again.

:
Now, some of you guys may be highly surprised by the amount of damage you're about to see. I'm not. I look at all razors with magnification that arrive here, and I often see this kind of damage, cause by impact with hard beard hairs. It's the main reason, why I always say that no matter what, if you have an abrasive beard, touching-up only works a number of times. Till the damage accumulates enough to demand a full honing. This razor has clearly arrived at that point.

To close, I present another shot of the same blade, almost the same spot, but with a the light shearing very low over the razor, aimed to cause dark shadows and bright highlights. Note how a Coticule produces fairly wide yet very shallow scratches, that leaves an almost undulating pattern.

Now, off to hone this thing. I'll post a final picture after I'm done with this razor.

Here's a picture after bevel correction stage on the same razor.
You can clearly see the "sandblasted" pattern left by slurry on a Coticule. The damage is completely gone, and replaced by a nice, non-jagged edge, that shaves arm hair easily. All it requires is further refinement (I'm putting a Dilucot edge on the razor) and finisging on water.

It took me about 10 minutes to work the heavily deteriorated edge from the previous post into the edge you can see below. To be precise: 5 sets of 30 halfstrokes on either side (working out the damage), next one downstroke on glass (pre-dulling), 1 set of 30 halfstrokes and 50 regular X-strokes.
I could not do this any faster on my slightly worn DMT-E, and that one does leave a jagged edge. Who said that a Coticule is not a great bevel-setter?

And the finished edge (Coticule + water):

That is awesome. I love this kind of stuff. :thumbup:

Great post Sir Bart..One question : How do you capture the pictures????

I use a Nikon vintage high end stereozoom microscope with one of the oculars replaced by a digital one, by the brand Dino.
Here's a link:
Please, Log in or Register to view URLs content!

Bart do you always pre dull after setting bevel?

No, usually pre-dulling is the first thing I do, before anything else. Because I had to remove so much damage, I decided to first do a couple sets of halfstrokes before pre-dulling the edge. Obviously I pre-dull to turn it into a no-brainer to recognize the fully developed bevel, but I also believe that pre-dulling leads to a new edge in fresh and sturdy steel. I don't want the user to see his edge dull prematurely, because I created it in steel that was previously stropped lame on pastes.

I watched a honing dvd wher they created a edge then lightly redulled and then reformed a agian.Fresh edge makes sense.
M

Despite of an endless sequence of failures on the field of honing (will cover that in another thread) I'm thinking about buying a microscope.
What should I look for in terms magnification span, portability and common sense to have it handy for bevel inspection?
The extremes are quite far away from each other with a lot of normal, funny and fancy stuff between, plus some vintage or even ancient specimens: 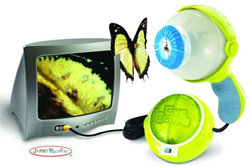 I have the first one at the top. I still prefer my 30k loop i find thats all i need.

what does everyone mean when they say 30K loop - is it a type of microscope?

Take a object of 1cm². Enlarge it 5X. The image will be 5cm by 5cm, which is 25cm². A marketeer will state that the magnification is 25X. (from 1cm² to 25cm²). For this reason, a so-called 30X loupe is usually a 5X magnifying lens. If you want more, you need at least 2 or more lenses working together in some kind of device.
For razor honing, the optic quality isn't very critical. The third picture shows a device with cheap optics that does a reasonable job for edge inspection. The first picture shows a device that combines optical and digital magnification. They come in a huge price and quality range. You could check
Please, Log in or Register to view URLs content!
, they offer a wide range of digital magnification devices. The big advantage is that they connect to a USB port of a computer. The second and the 4th pictures show toys. The 4th is a toy compound microscope, intended to at translucent samples. I'm not saying that it would be completely useless for looking at razor edges, but it would be difficult to set-up, because the lens must almost touch the specimen. It's clumsy to inspect an entire edge that way.
The 5th picture shows a simple (vintage?) compound microscope. Not a toy, but with the same restrictions as the toy from the 4th pic.
I love the 6th pic, if only for the "Jules Verne" looks of that apparatus. It looks like a beautiful vintage inspections microscope with enough focal distance to allow easy manipulation of the razor. If the specs are good, at least 20X optical (not marketing) magnification, and the price is acceptable, I'd get it. Such a beautiful microscope is worthy for inspection of a traditional straight razor honed on a noble natural whetstone.

I have a microscope very similar to the 4th picture - was a childhood birthday present - and its still tucked away under my bed at home!! I'm going back in a few days so ill dig it out and have a peek. I think it had magnification of upto 400x or something of the like. That magnification was plenty to see individual cells from plants and things like locust (it came with some locus samples), so if I can get the right light onto the edge and the right position, i should be able to see a good image

If it did have a 40X objective and 10X ocular that would make it a 400X scope. The only problem with that would be that with the 40X objective the depth of field and the focal length would be very short ---- probably not much good for razor work. Of course, it probably has a 10X and 20X objective as well. The 10X objective would be more than enough.

The critical thing here would be the light source. Most microscopes come with a condenser and lighting source for transmitted light detection (from the bottom of the scope - good for looking at very thin essentially transparent samples - biological samples and the like). A diffuse overhead light source is not ideal. What's most useful is to have a light source from the side and top......a fibreoptic source or an LED source will do - you just need some way to hold it in place.

I have access to very good scopes at work (I'm a crystallographer), and they all have digital cameras attached. On a slow day at work once I took a few razors in to work. It was then that I first noticed the difference between the scratch patterns from my synthetic hones and the Asagi (I didn't have the coti at that time).
G

i stand directly under a 50 watt cealing light with my loop that works realy well.

Well, check this out:

It was just a DSLR with an old Soviet (good quality, though!) lens and extension tubes (
Please, Log in or Register to view URLs content!
) - no need to buy extra expensive and fancy macro lens, provided you're a lucky owner of a DSLR. Not that impressive as Bart's pictures, but still good enough to see how your bevel looks, I guess. I'll have to try some angled pictures, BTW.

You don't really need much more than that for use with a loupe. Compound microscopes need a lot more light, as the lenses are so many and so small.

Still, I prefer to use natural sunlight, if it can be had (not much chance of that around here at this time of the year).
M

This specimen is dated 1907, claimed to be in perfect condition and can be purchased on this auction:

Please, Log in or Register to view URLs content!
Seems to be an almost complete set (eyepiece is missing?). Nothing is written about magnification and I don't speak German so can't translate the piece of paper. It looks beautiful yet the price (1600PLN = ~400EUR) is quite high. :huh:

That was one of my concerns and reasons for writing the post.

Thanks Matis!!! :thumbup: This reminds me that I'm the lucky owner of following stuff 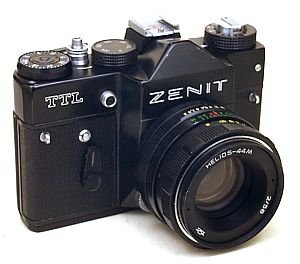