According to Waits:
The Trade Mark was filed on 26 January 1937. It's a double Edge razor with ribbed guard, blades stored in the handle and a knob that controls blade exposure. Versions are Red, Black or White (Ivory).

It comes in a very well made little wooden box, complete with little finger joints. Definitely not something that you would see today. The insert is cardboard.

Onto the razor itself:

Lets start at the top with the scalloped head. They probably thought that it would leave a thin layer of soap to help with slickness while you shaved. I personally wouldn't buy that but it sure looks nice.

Moving to the bottom plate. The "Custom" adjustability comes from a piece of spring steel (read shim) that is riveted to the bottom plate. Its the same system that is used in the various "XOXO" razors, which would make sense as one of them were sold under the Berkeley brand. Such a simple system yet it works surprisingly well.

On to the handle. The top "silver" part forms part of the bottom plate and is cast so hazarding a guess, it would be Zinc.
The bottom part of the handle is plastic and as you can see by the bottom image, it's hollow, allowing you to store spare blades in it. It has a center shaft that extends through the bottom to a marked plastic dial. All in all an ingenious little system!

It takes standard DE blades so no need for me to do any modifying on this one.

How does it shave?
Once you get around the odd feeling that you are shaving with a block, it gives an excellent shave.

Interesting razor. I am more familiar with the Berkely that had the handle similar to the Krect Spiral Curve. It also had that XOXO adjustment on the bottom of the base plate.

Its the same adjustment concept. That "XOXO" razor was sold under various labels, Doehler Jarvis, Berkeley & Club. I don't like that handle so when I use mine I generally use something more substantial (see my SOTD on 28/04/20)

Not very elegant, but certainly impressive.

Moderator
SU-Patron Gold
Got one too! Bought it because of being butt-ugly 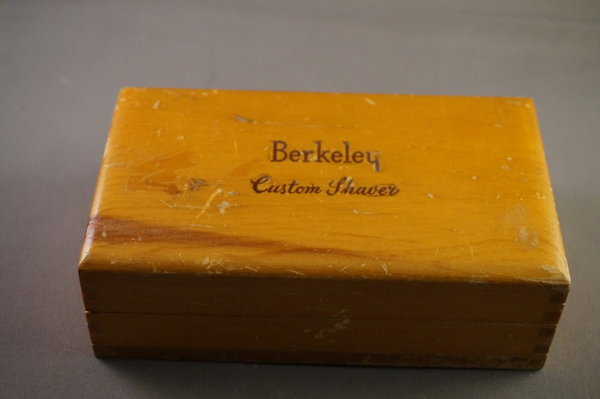 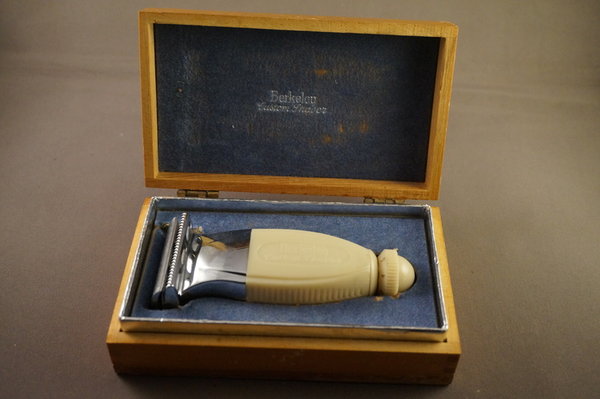 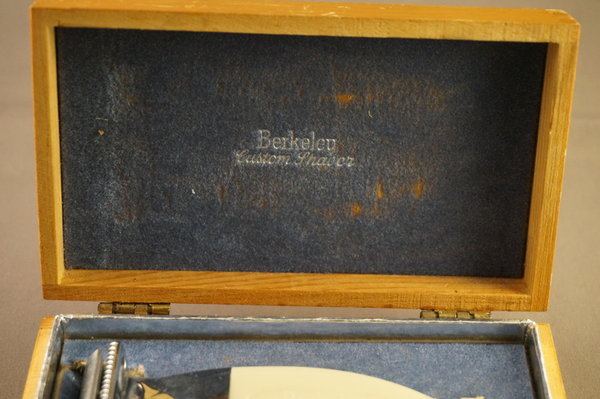 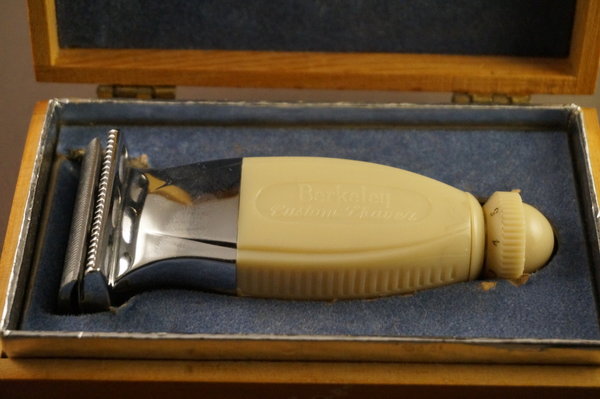 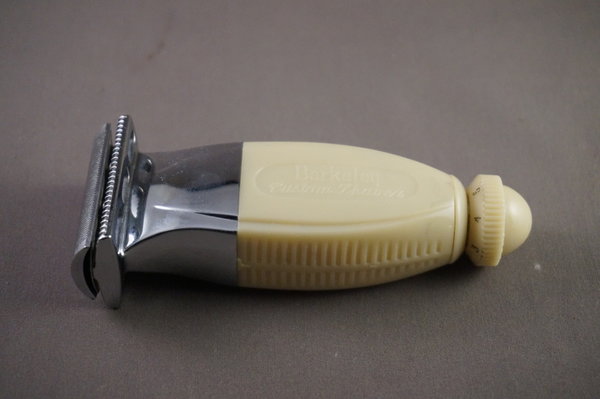 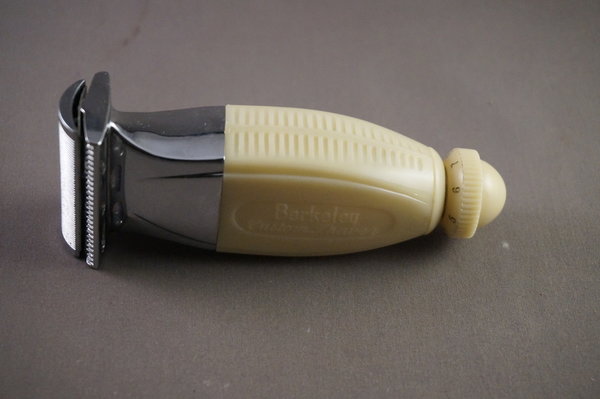 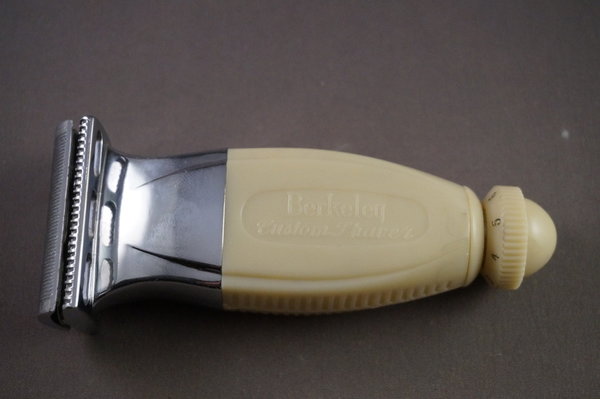 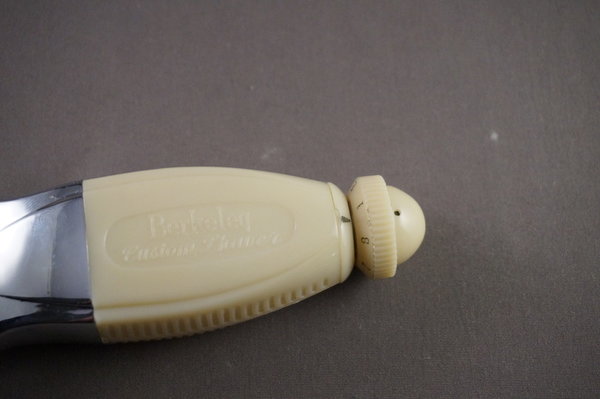 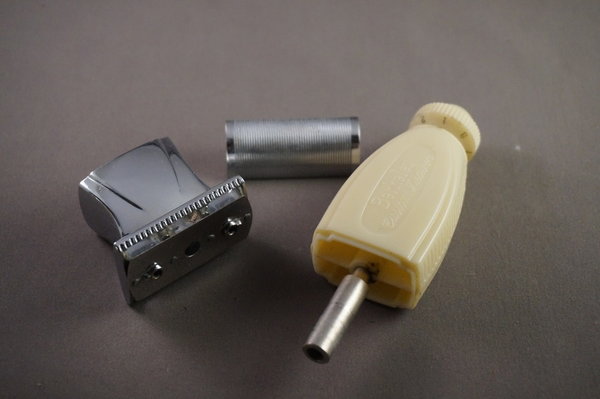 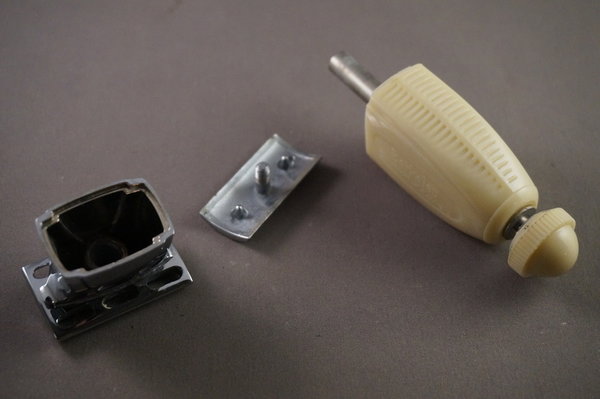 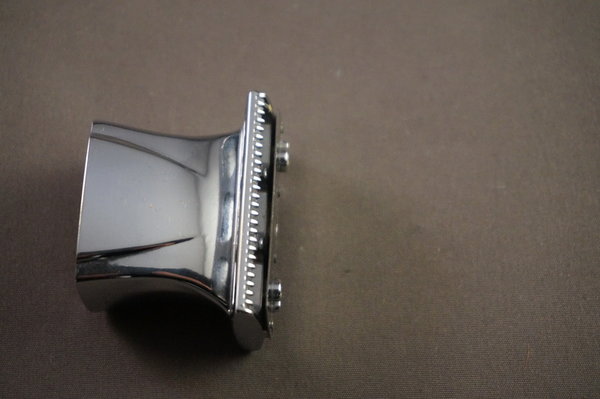 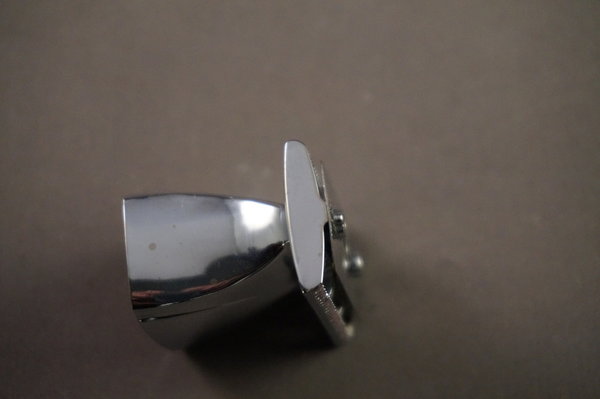 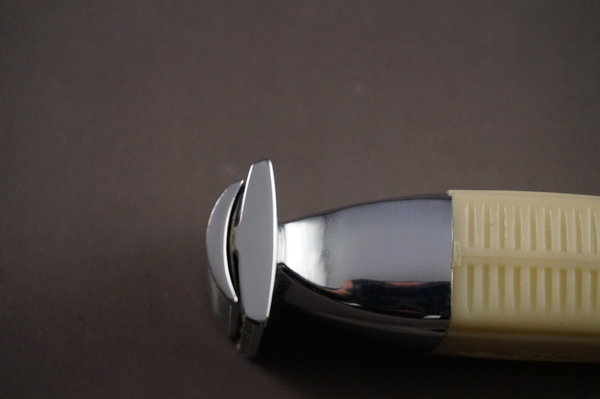 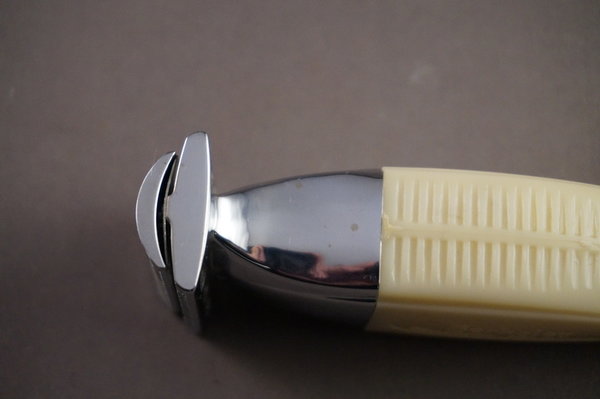 Wow! That is really a big butt.

Hope this doesn't get banned. Big butt AND ugly.