This is another 3D printed razor designed for the Gem type razor. This particular design came with three different heads ranging from Dot 1 to 3 with Dot 1 being the mildest and 3 being the most aggressive. This pass around was for the Dot 1. The basic design was simple enough and very closely resembled the old lather catcher Gem and the early wedge blade razors. Blade loading was easy, which just required sliding the blade i from the front and seating it to the rear.

When starting my shave, I treated it similar to the lather catchers - I rested the entire top of the cap on my face and started shaving from that angle. The shave was very comfortable and it was a little on the loud side, which was a characteristic of the old lather catchers. Like the old lather catchers, I was able to complete almost an entire pass without rinsing the lather off. Although the shave was very comfortable, I really had to work hard at getting a close shave with the Dot 1, and at the end of three passes plus considerable touch up, it still fell short of a BBS. I will try later with a Feather FHS blade. Hopefully friction will keep it in place, and the fraction more width will push the edge of the blade out further. 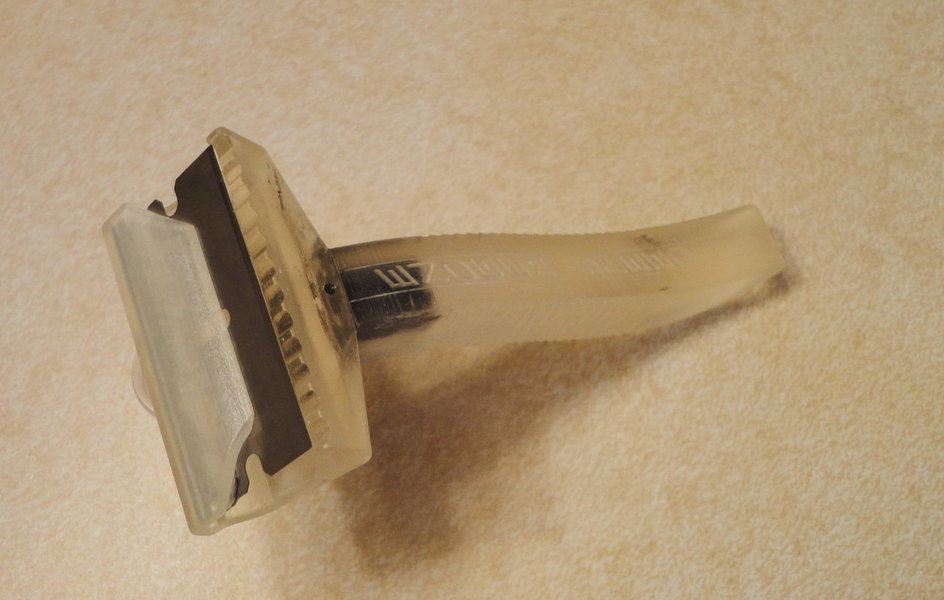