A while back I reported on the Occam DE razor from Classic Shaving. While not impressed with the cap with the bar running across or the two semi open comb base plates, I was impressed with the smooth cap and the safety bar base plate and thought that this was a very good stainless steel clone of the Muhle/EJ 89 head. It shaved similar to it being medium in all attributes and a very comfortable shaver.

Recently I saw the Fendrihan Mk II razor head which appeared to be a stainless steel clone of the Merkur 23 head. Thinking that things would be similar, I ordered the head. When it arrived, I noticed immediately that instead of round alignment pins, there were rectangular pins and slots in the base plate more similar to a Rotbart. The guard was not positioned as low as the Rotbart, but more similar to the Merkur.

Second thing I noticed was that although the cap was smooth, the base plate had a rough finish and the scallops along the safety bar was very shallow and not as deep as the Merkur or Rotbart. It seemed interesting and so I shaved with it tonight, not expecting which razor the Mk II will shave closer to. 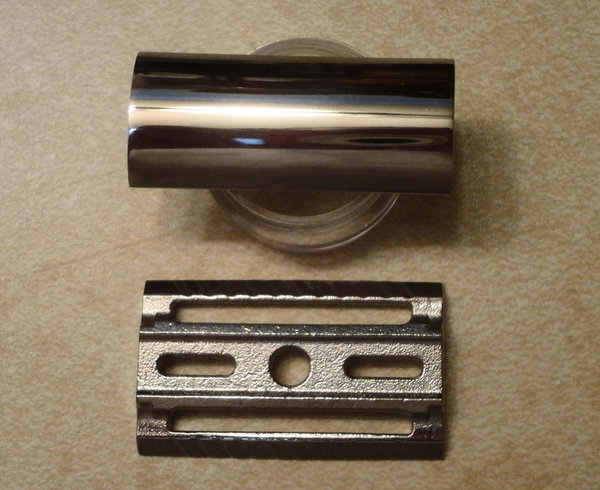 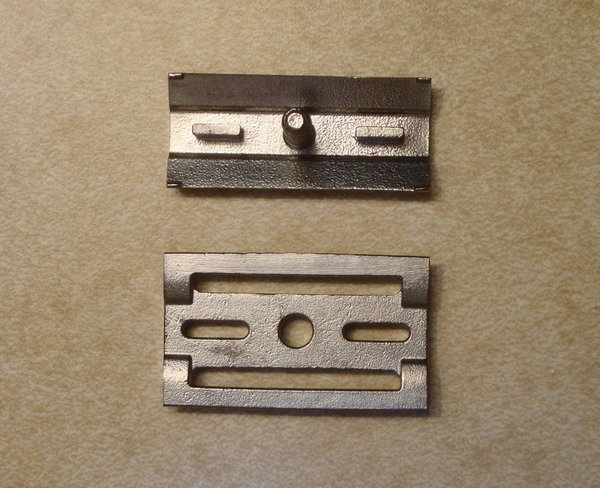 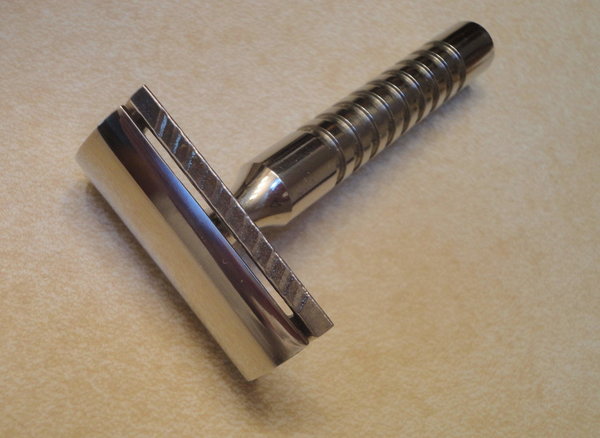 I was pleasantly surprised that the shave was in between the two razors - slightly more blade feel and efficiency than the Merkur, but not as rough a shave as the Rotbart.

I got one of their copper PVD coated SS razors. The finish is superb. As you said, the baseplate is a bit rough around the scalopping. Having said that, I do t think I can use this razor. The top cap where it pushes the blade is uneven. There is a slight bow on the underside and that deforms the blade when clamped in. I will need a new top cap to be able to use it, but nothing I have fits.
I won the razor in a drawing and had to pay shipping and vat and a surcharge to Fedex. I contacted Fendrihan about it and they refunded the shipping, but the VAT and surcharge are my loss. Now I have a 50€ paperweight... This is a bummer because I was looking forward to using this razor. At least it has a nice SS satin finished handle. I can use it with my other razors...

That PVD coated razors were the next generation of what I got. These took design elements from the Flat Bottom Techs, but many have said that it shaved way more aggressive than a Tech. It is unusual that other caps do not fit as it looks like the standard Gillette Tech/New cap.

I have a flat bottom tech that was made in England. I tried it and didn’t fit unfortunately...