SU-Patron
In 1920 Friedrich Dorten built up a plant in Solingen-Merscheid which initially produced only straight razors and mainly supplied Solingen exporters. Constant growth, however, made it advisable for the firm to start exporting on its own. Soon other articles of the cutlery industry were added to the selection of products. After the Second World War Friedrich Dorten jr. joined the firm and the name was changed to 'DORKO Stahlwarenfabrik Dorten & Co.'. The expansion of the factory made it possible also to increase the range of products, which now included scissors, shaving utensils, manicure and pedicure implements. Particular attention has always been paid to quality, a fact that has made DORKO renowned throughout the world. Today Robert Dorten represents the third generation of the family but do not produce razors any more:

Here my "PERMANENT CUT". I received it NOS and the honning left nothing to be desired. Width, a bit more than 11/13" (for 7/8 maybe a thin hair width is missing). Full hollow ground with singing blade. 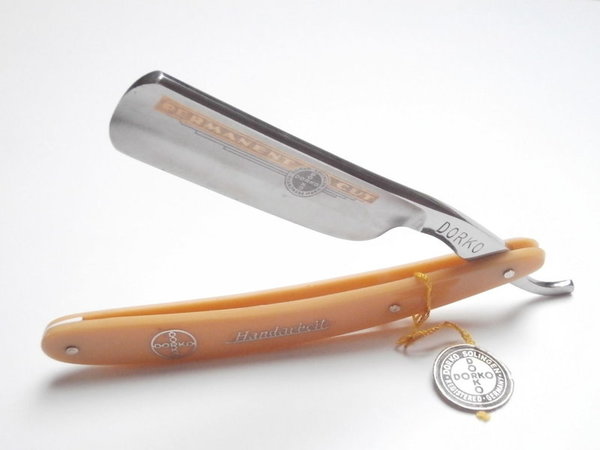 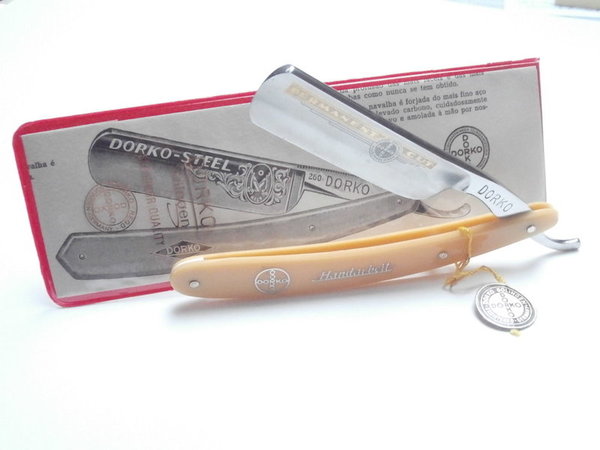 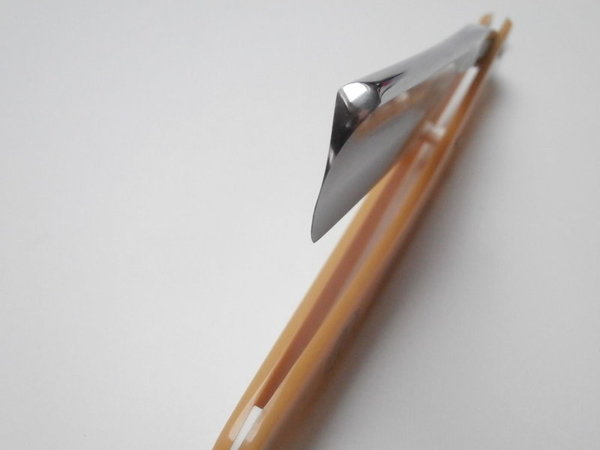 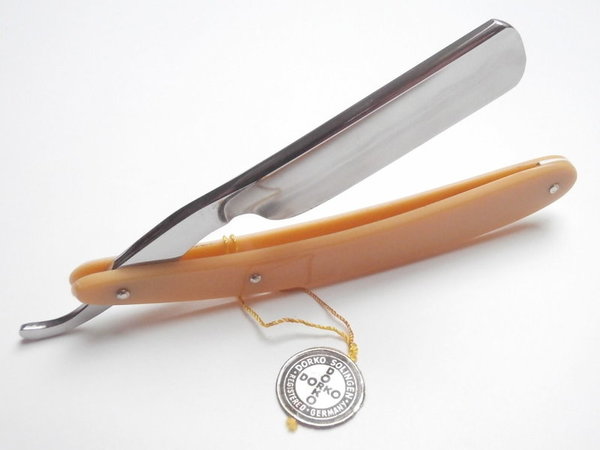 And here is my Wacker MoDoSo 14. Old MoDoSo (Dorko) blank, grinded by Heribert Wacker (who by the way was trained as razor maker at Dorko factory) 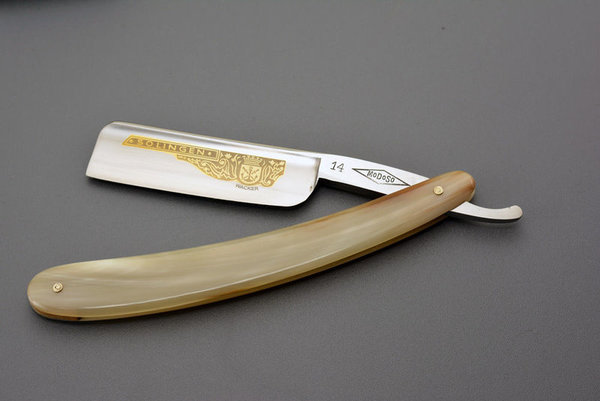 SU-Patron
What’s up here. No Dorkos in the shelf’s? However, let me show one that I will unfortunately not held. It’s one of the most iconic Dorkos ever made. The legendary 1151.

Up to now, I have only seen some in 6/8“. This one is a 5/8“ and the seller, a collector from Italy, told me that 5/8 and 4/8 1151 where mainly sold for the Italian and French market. The 6/8 where mainly for US market and there were also - quite rare - 7/8“ Razors for the South American, mainly Argentinian market. This one is not only 5/8 but has also quite rare brown Inlays. Most I know have the silver Inlays and I was told that some most rare with purple Inlays may exist. 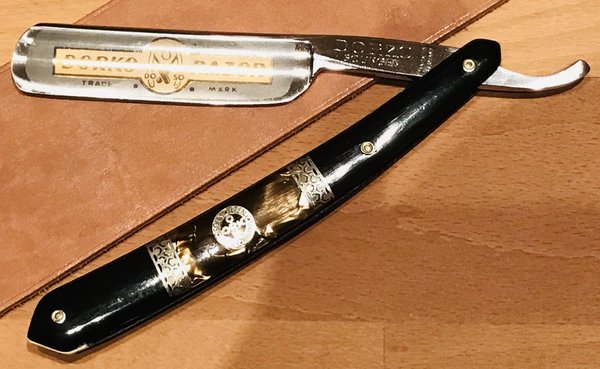 However, unfortunately the scales a warped and I have not the skills to reward celluloid scales without running the risk that the scale will brake and therefore we agreed with the seller that I sent him the razor back. So, I owned this razor only for a very few days and have again to look for a 1151.
---------------------------------
Forum FAQ | Support us and donate! | FdR-German wetshaving community

SU-Patron
I found out that my ‘De Coiffeur’ razor in de display case is a Dorko brand, they are stamped Dorko on the backside.
In the case is a model 100 hardened but not polished yet and a model 1216 in finished state
I probably won’t be shaving with them 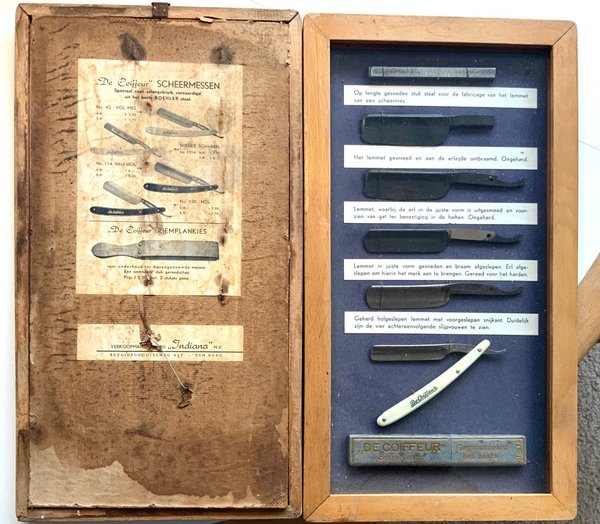 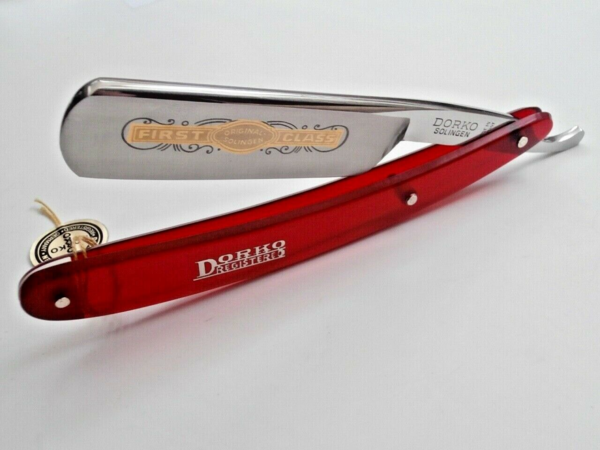 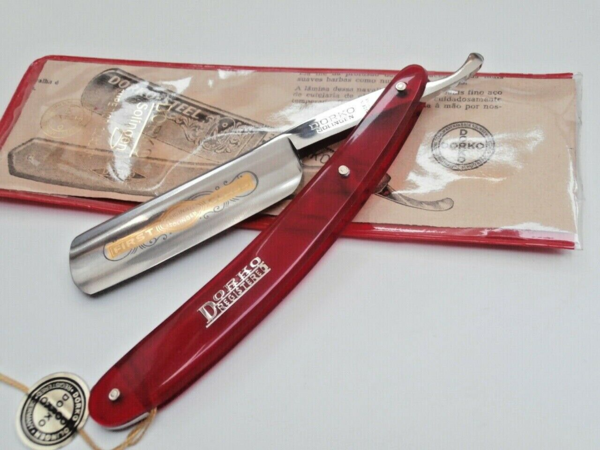 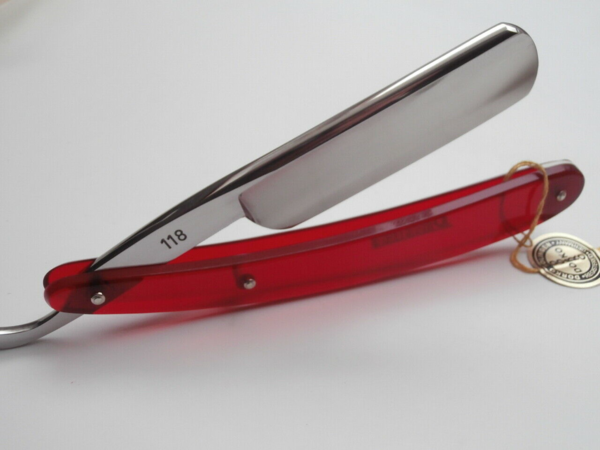 SU-Patron
A long search came to an end today. 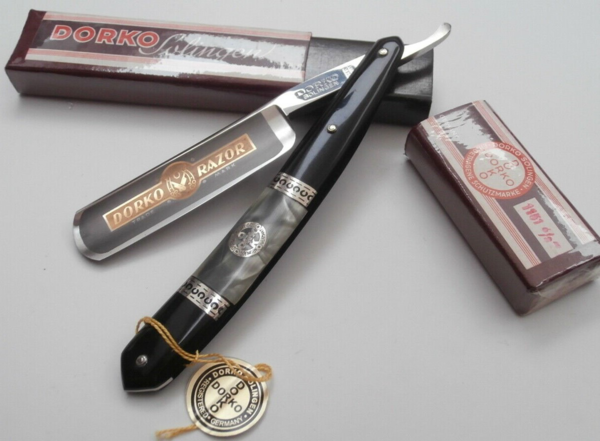 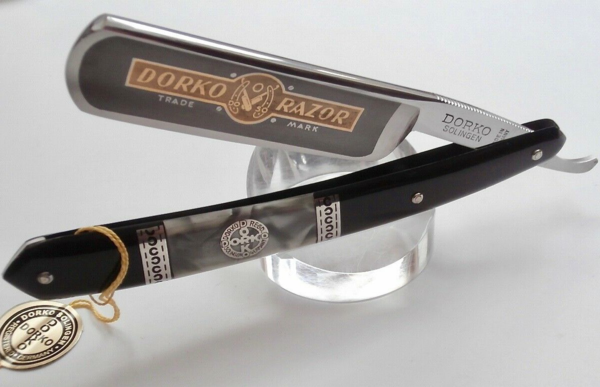 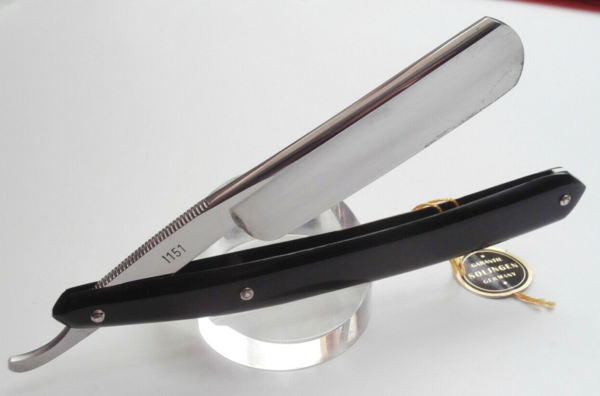 I've also got a MoDoSo 14 finished be Herr Wacker... although, in dark horn. 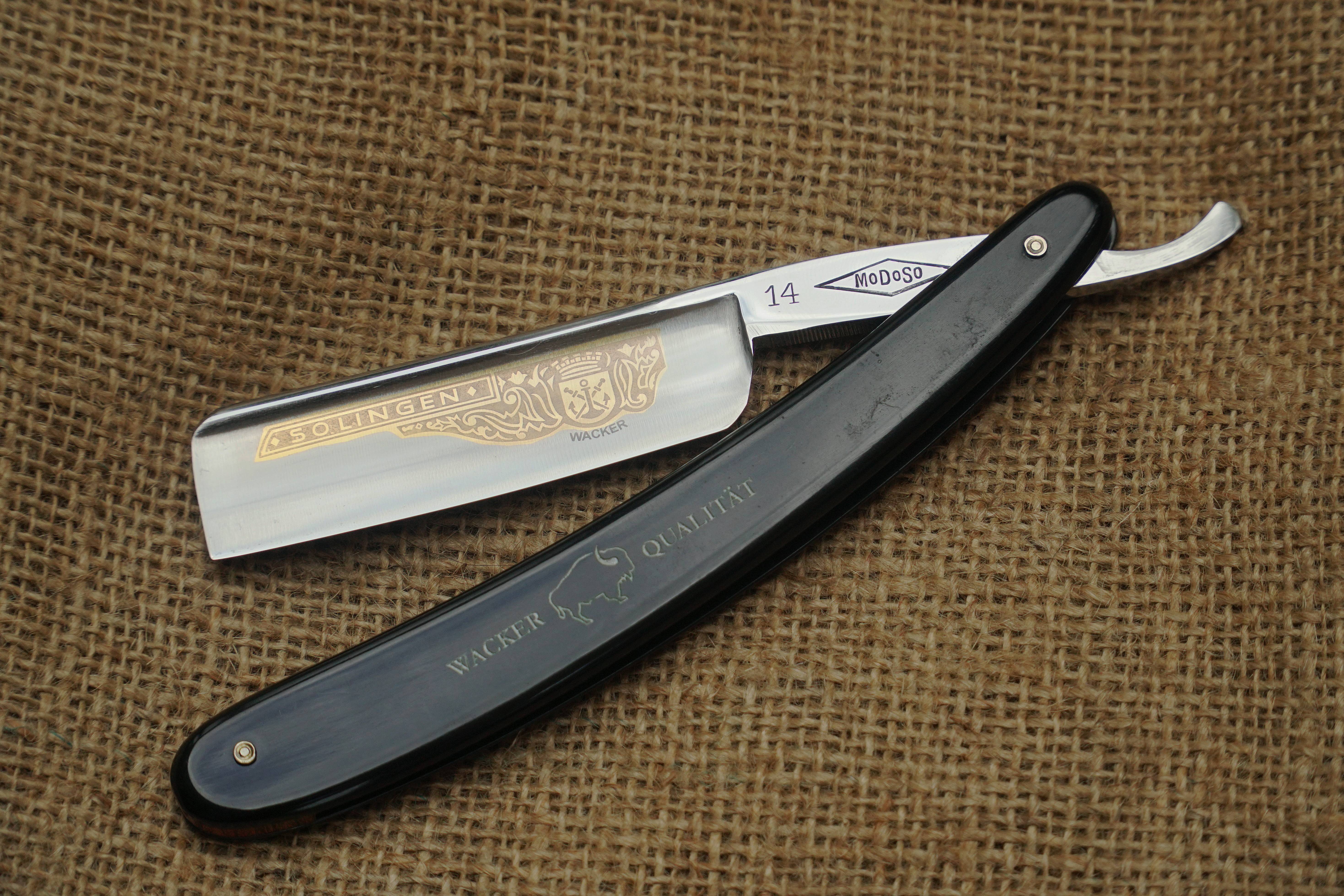 SU-Patron
Well, not the prettiest one, but as good as my other Dorkos. 11/16“ full hollow ground. 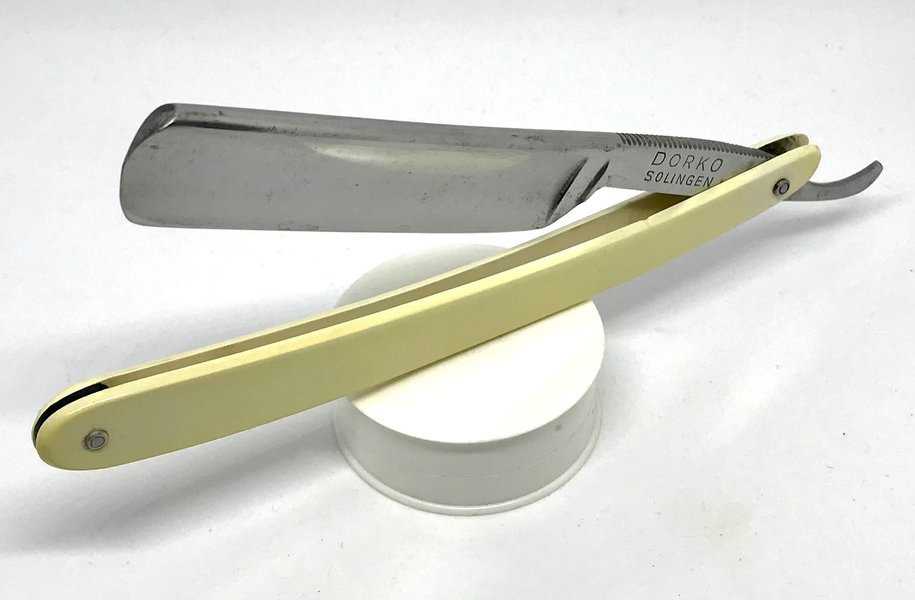