I am not sure when the New Deluxe was introduced in relation to the New or the New RFB because there were examples of each all around the early 1930s. The New Deluxe was different from the New or the RFB by having a thick flat base plate and a short comb. The early examples were all models with base plates attached to the handle with the exception of the Lady Gillette 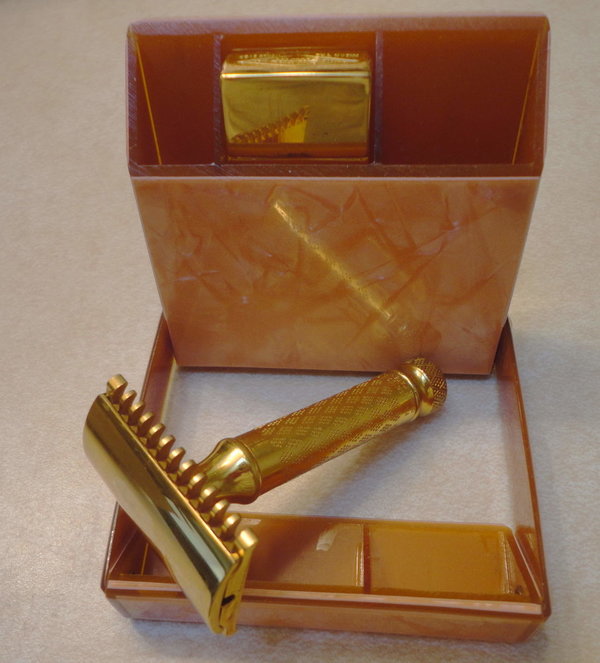 The New Deluxe was one of my favorite shavers, preferring that to the RFB series which were all long combs except for the Rotbart versions. Recently I found a New Deluxe that was a three piece model but not a Lady Gillette. It had a version of the Common Bar handle and researching it on mr-razor, I found it was part of a Red and Black Special set. Of course, the one I found did not have the Red and Black case and was replated in black rhodium, but nothing is perfect in this world. I now have a set of the three types of New Deluxe. Since I am not a collector such as @efsk, but just one that enjoys a good shave, these will do, even though two are caseless, one need a good replating, and the other replated in a metal that it never came with originally. 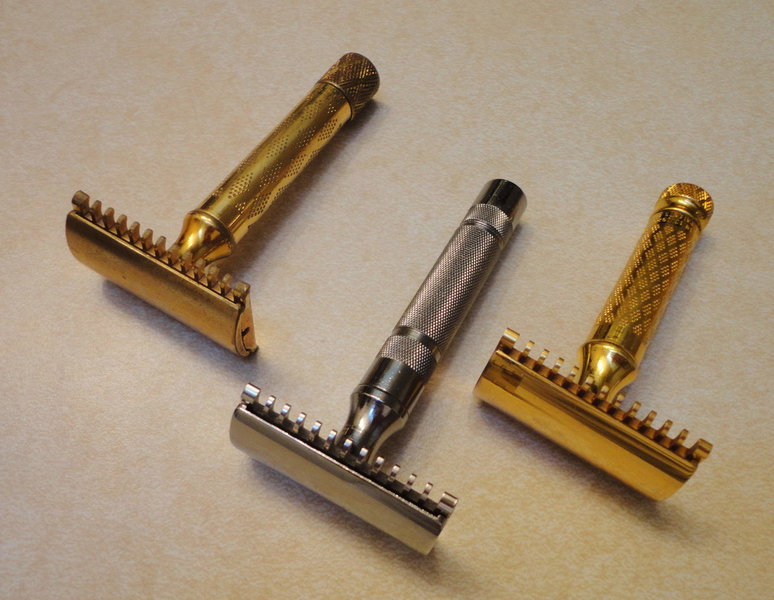 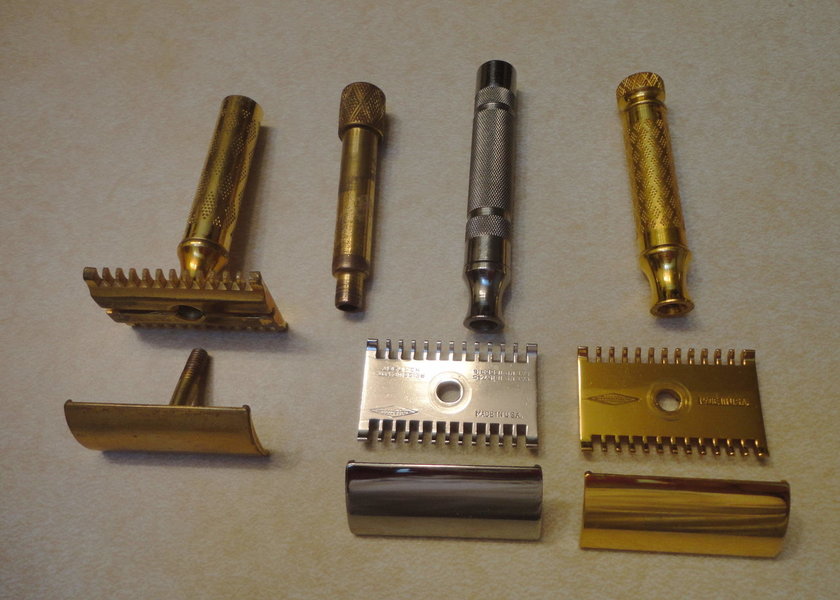