So, lets open a thread for the legendary Gillette Adjustables.

To my knowledge the first Adjustable by Gillette came on the market in 1958 and was produced until the 4th quarter of 1961. The model name of Gillette was "Gillette 195 Adjustable Razor", but only affectionately called "Fatboy" by all, because its handle is shorter and thicker than that of its successor, the "Slim".

As all Gillette Adjustables it is a one-piece razor with twist-to-open ("TTO" / "Butterfly") - head and adjusting ring for adjusting the blade distance from the bar and thus the aggressiveness of 1-9. In contrast to some other razors, not only the distance between the blade and the bar but also the angle of the blade itself changes by adjustment, since the blade is bent slightly differently by adjustment.

For me, both the Fatboy and the Slim are quite mild and predictable journeymen, who are a bit as "aggressive" as a Mühle R89 at level 3 and reach the "aggressiveness" of a Merkur Progress at level 2.5 at level 5 and you can slowly get to the bigger levels, whereas it never reaches the aggressiveness of a R41 even at 9. By the way, one of the most blade-tolerant razor I know. There is no (good) blade that works for me in other razors and not in Fatboy. Also for me one of the most beautiful safety razors ever made.

When adjusting - especially from smaller to larger steps - please always make sure to loosen the butterfly head with the lower wheel slightly by turning it to the left so that the mechanics do not get damaged.

For further information about the Gillette Adjustables I can only recommend the page of Glenn Conti: 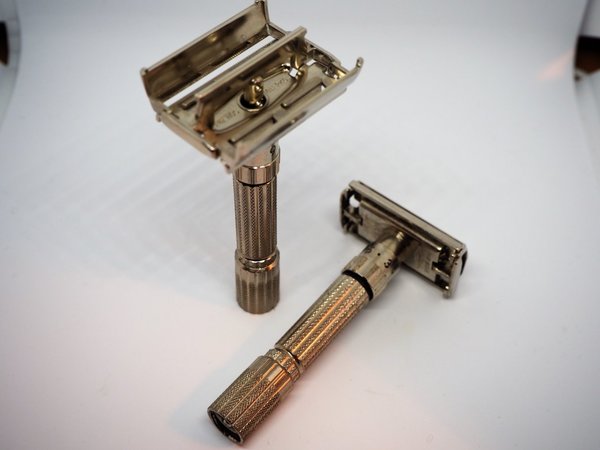 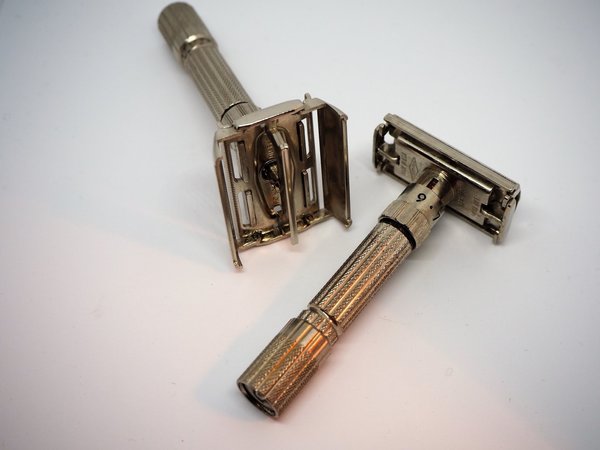 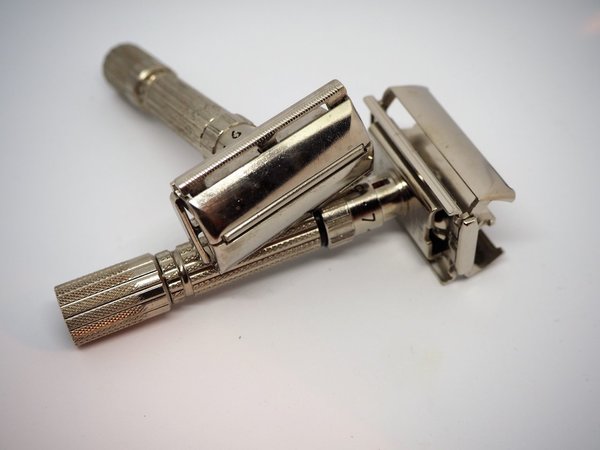 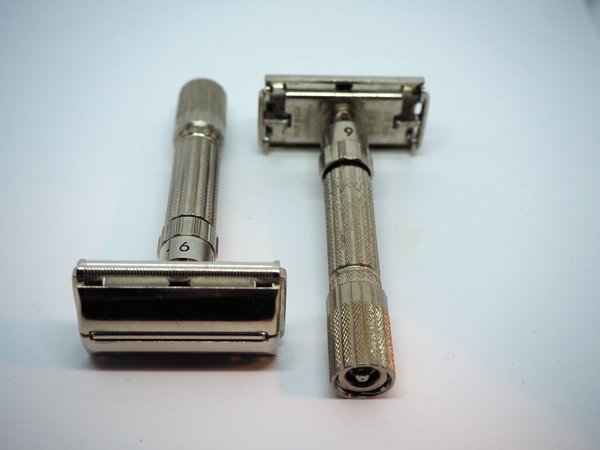 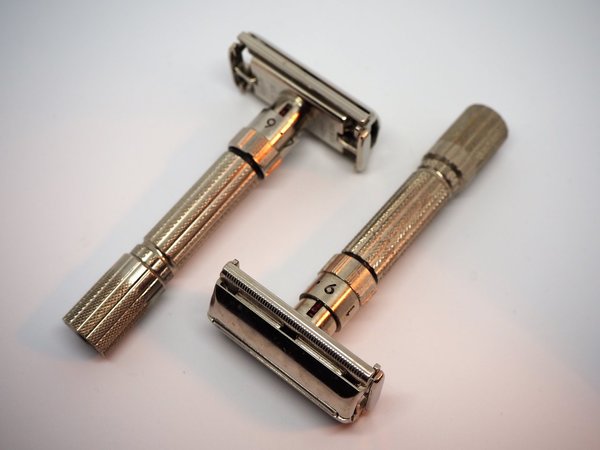 An here my "birthday-slim" N-2 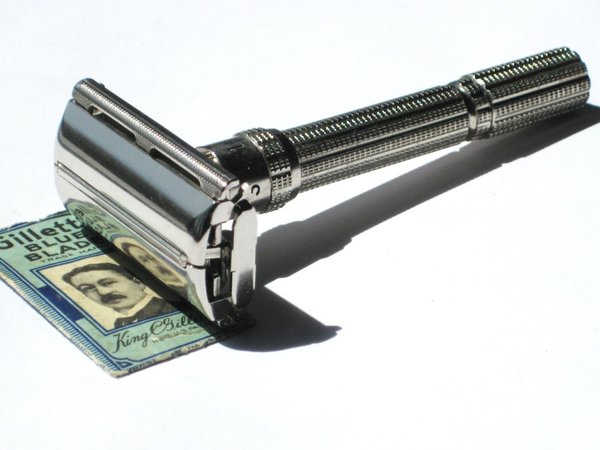 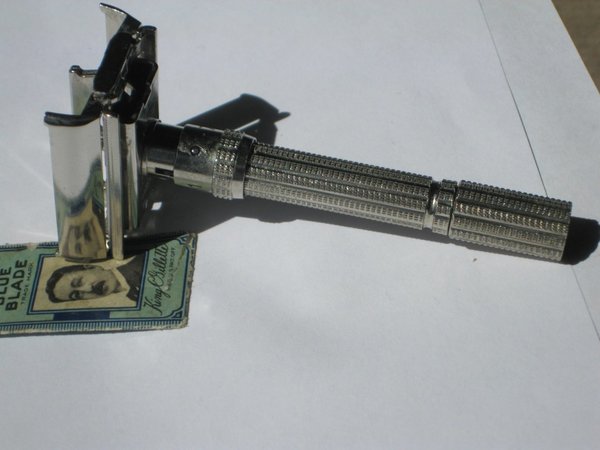 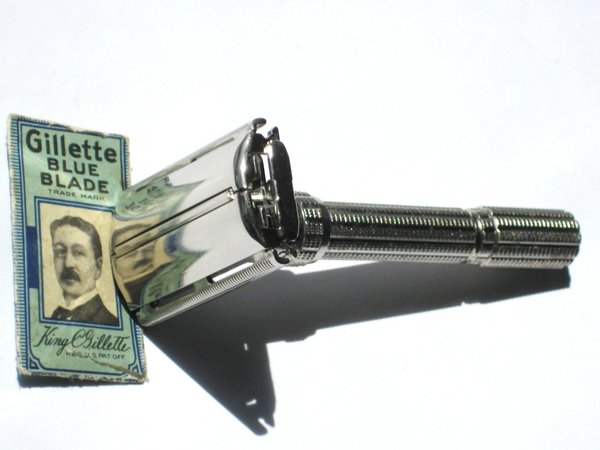 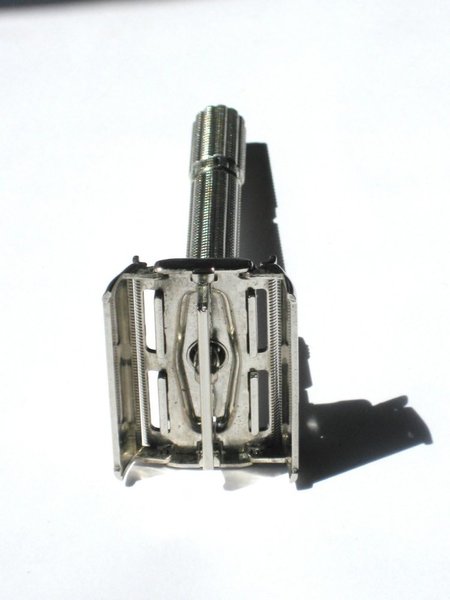 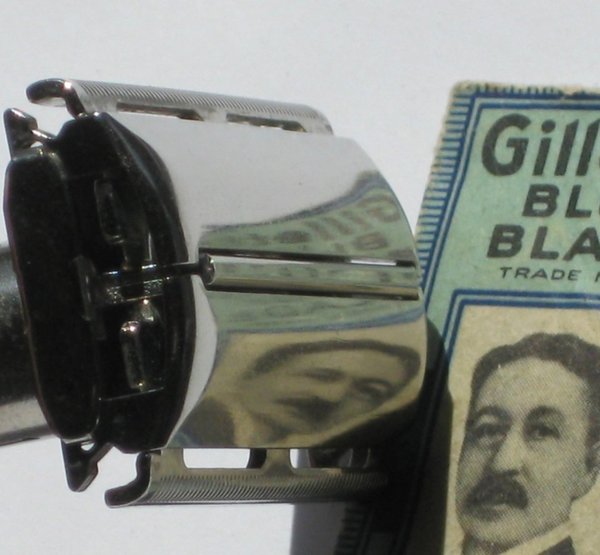 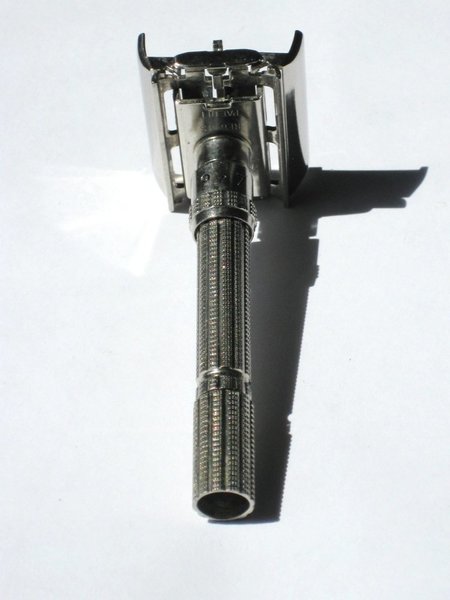 Moderator
I've had Slim, Fatboy and Super Adjustable/Black Beauty, and I've never liked the shaves with them. All of them have left the house. Pity, because I really like the looks of the long handled, metal bottomed Super Adjustable.
An’ I don’t need no safety razor, neither.

I've always been looking for these scrapers at flea markets, but I never found them there.

Through forum members got access to the adjustable Fatboy and Slim but also I didn't like to shave them.

So also here they are all sold again.

Earlier in my Gillette exploration, I had a Fatboy, Slim, Super Adjustable short handle, and gold Super Adjustable long handle. Then I got a Parker Variant and a Merkur Progress and the Gillette adjustables left shortly after that. They are well built razors, but I just started moving away from TTO razors.

Here are my Gillette adjustables. I really like the shaves I get from all of them, and my favorite is the Slim - that’s why I have 2 including a rhodium birth year one ... with Coca-Cola red markings just for the heck of it

I find the Slim one of the very most beautiful DE’s ever made!

Let's not neglect the remarkable Bottom Dialer Gillette adjustable. Only made for a short time -- 1960 -- sadly. 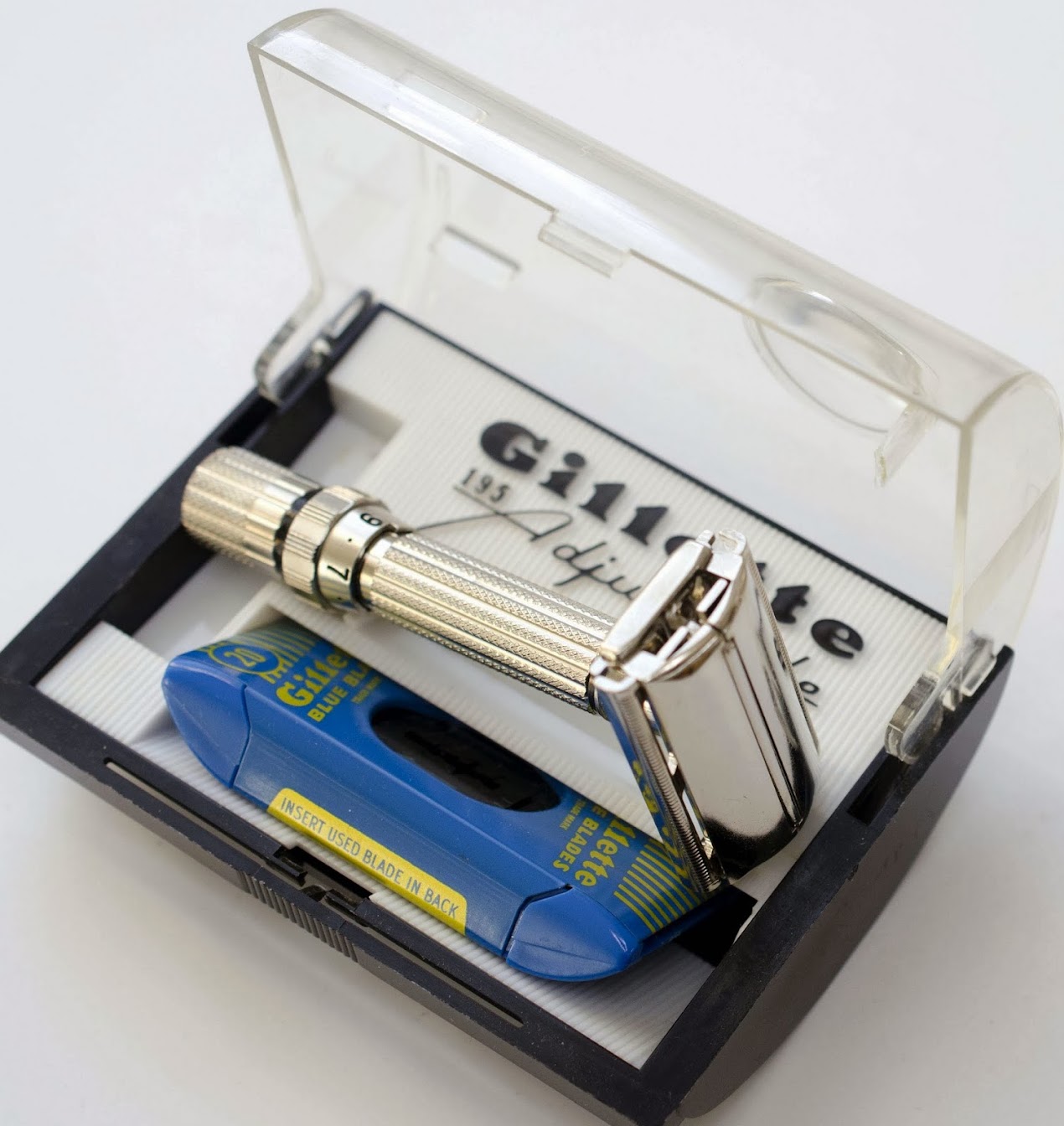 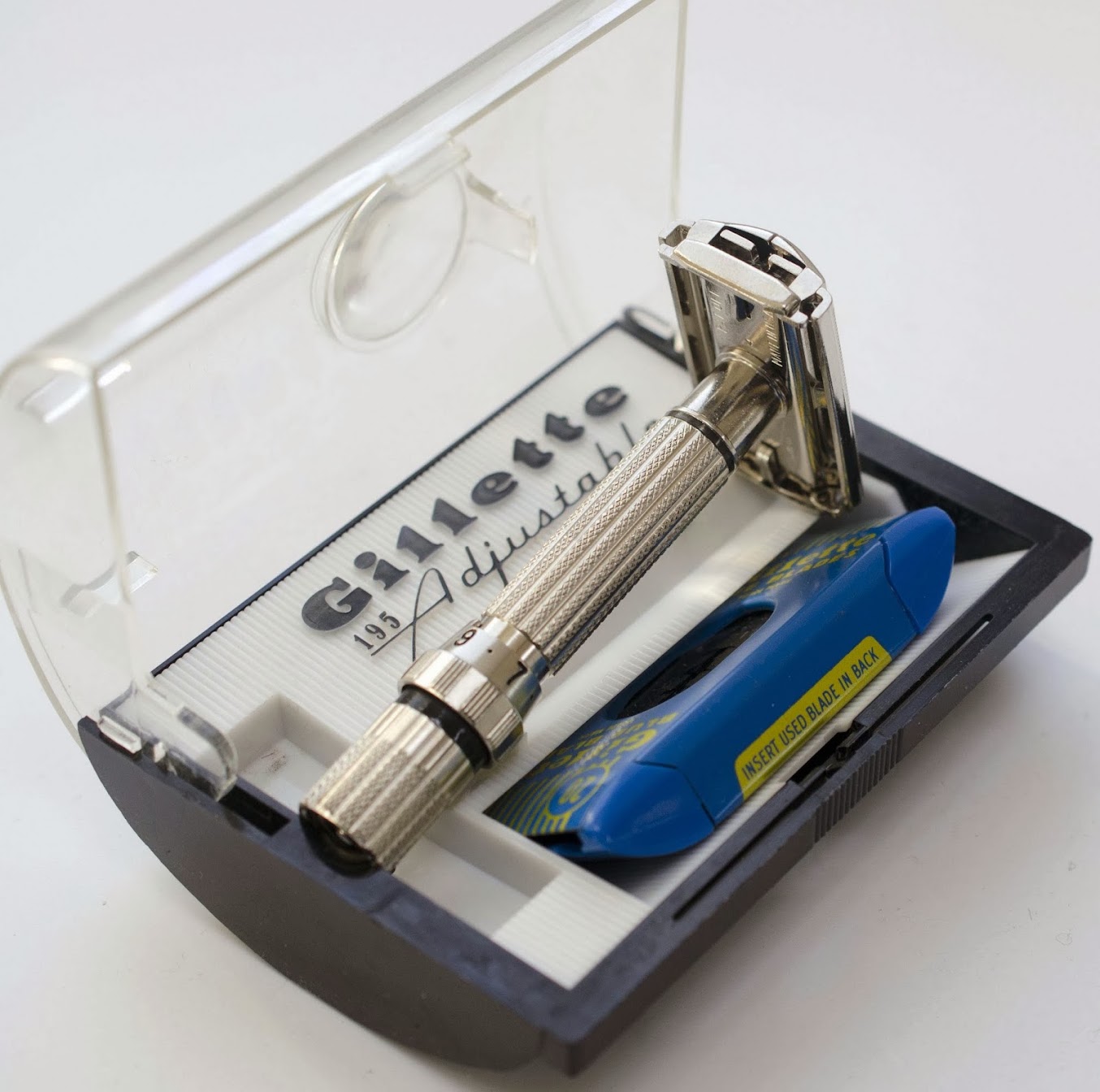 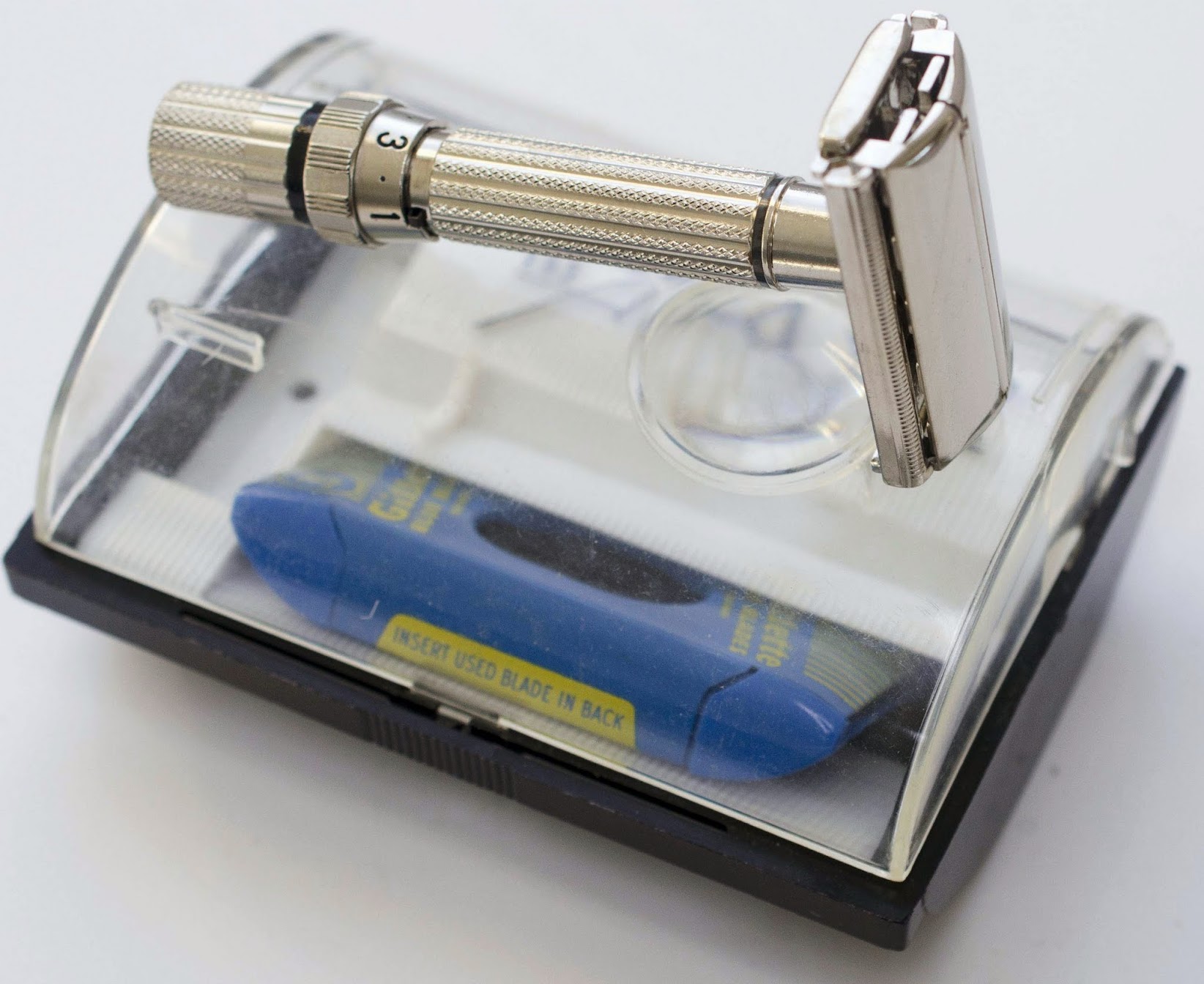 What a beautiful razor! Gillette at its most creative and aesthetically-minded. At the height of ingenuity and functionality.

Ha, no let’s not forget that either, Jake - what a wonderful sight to see!

There can't be an adjustable discussion without Gillette coming into it.
I'm done with the Gillette Adjustable rabbit hole. I have a sample of each of the major changes that they made.
Plus there is also a Birth North Shore Slim.

I believe that the Toggle and Bottom Dial (Both F4's) share the same head
My best shaver is the SA84, followed by the F4's and then the Slim. I probably tend to favor the Bottom Dial, just because its rarer but in all honesty, they both give the same shave on the same settings. I usually have a Gillette adjustable in my weekly rotation. (This pic is my current wallpaper) 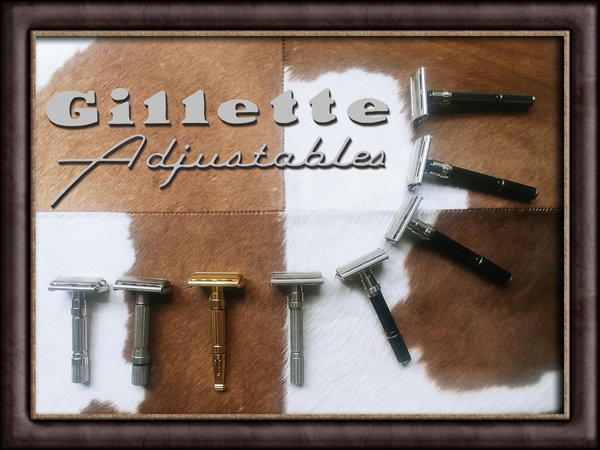 If you ever wondered what the insides of a Toggle look like. Amazing, right? This is my F4 receiving TLC from Captain Murphy 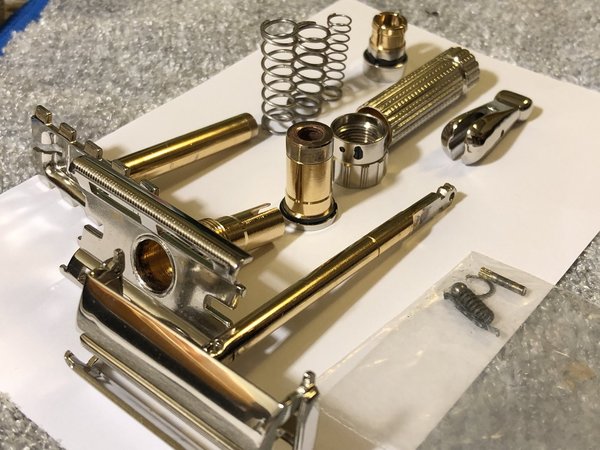 This is why Rockwell took two years with the Model T.