The original Gillette safety razors was an open comb razor that had two guide pins on each side of the screw post. This was to accommodate the original Gillette blade design which had three holes in it. These razors had a curved base plate and a curved cap to match. The original razors had the handle attached to the base plate and a shaft that tightened a long stem screw cap. These were later called the Double Ring and the Single Ring to identify their traits of having two rings between the handle and the bottom of the base plate or one ring. Gillette never called these razors by that name.

One of the earliest three piece razors were what we know as the Pocket Editions. These were the open comb razors paired with a short handle and kept in a fancy metal box. The idea was for a gentleman to be able to keep his razor in his shirt pocket in order to touch up his shave during the day (or night). I guess he would be dry shaving since the case did not include a place for a brush or soap.

My latest herb garden rake set is a later model of this made in Canada: 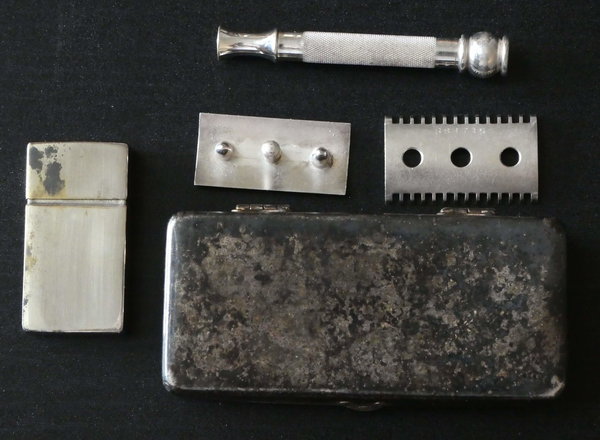 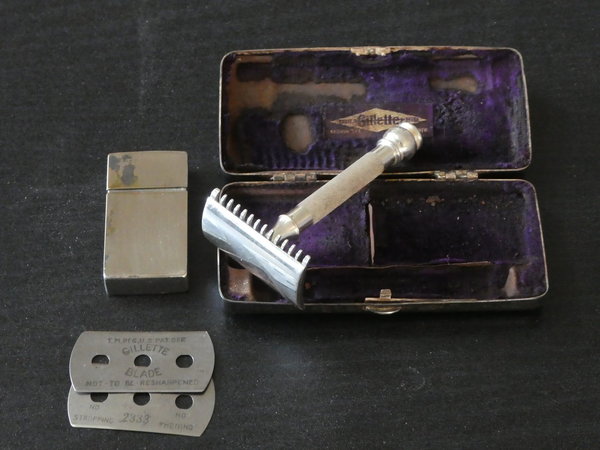 I have an earlier set that was the one of the original Pocket Edition called the ABC Sets. Early on, Gillette had contracted with the American Button Company to make some very ornate razors. There were several different design of cases and handles: 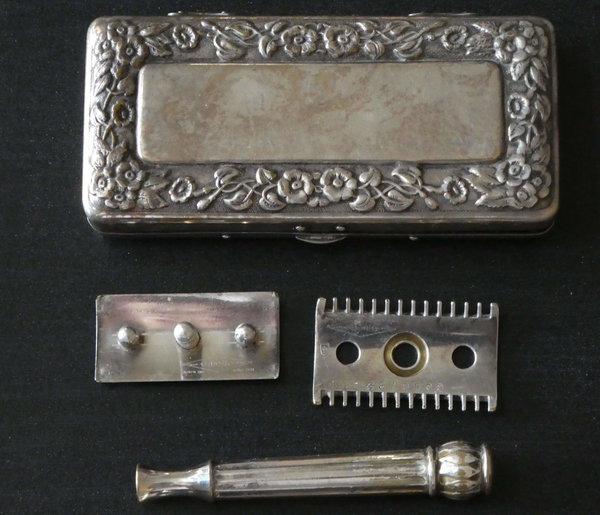 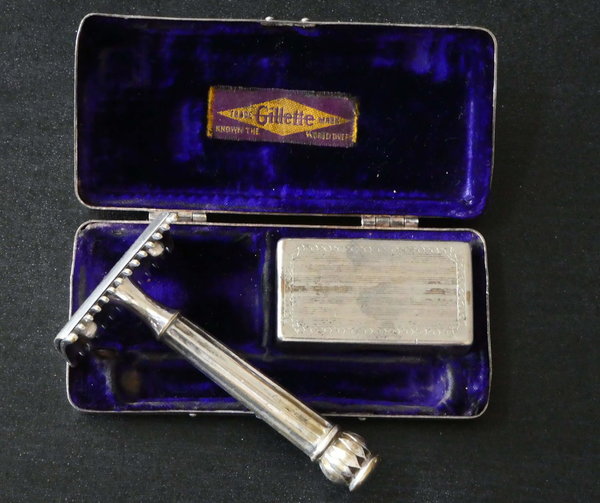 Gillette eventually did produce a three piece razor for the masses with a ball end handle, which I cannot show you at this time because it is on it's way to a secret location in the Netherlands.

So now you wonder why I call this thread Gillette Old Type? It was because after a 20 year run of the original open comb razor head, Gillette decided to improve on it by making the base plate thicker, making the cap more domed, and a redesigned handle. They called this razor the New Improved which meant they now had to differentiate with the older razor, and so now the original razor was called the Old Type by almost everyone. the New Improved was really an improved old type. This will later get real confusing because the next open comb razor introduced by Gillette was the New which was newer than the New Improved.

Comparisons of the New Improved (gold and on the left) and the now know as Old Type: 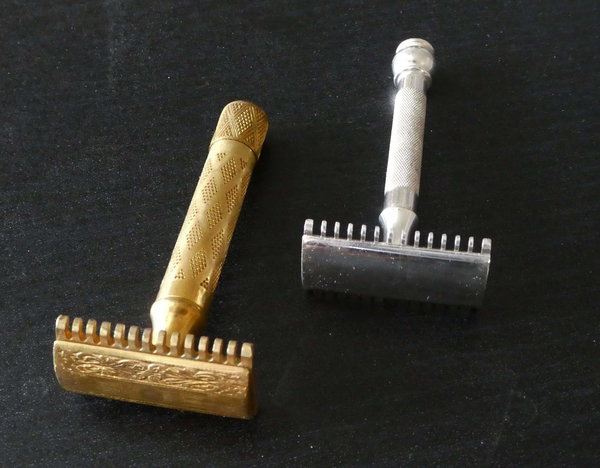 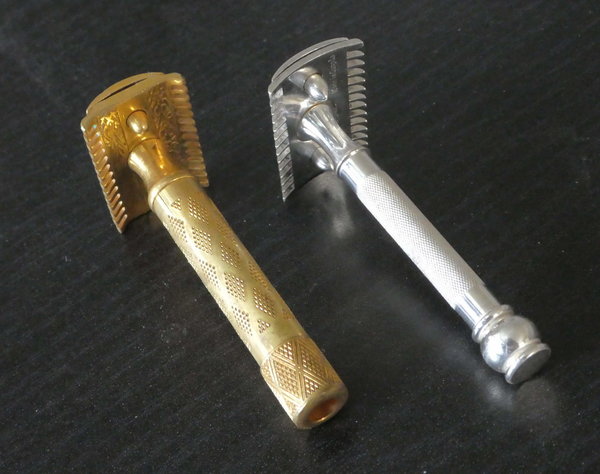 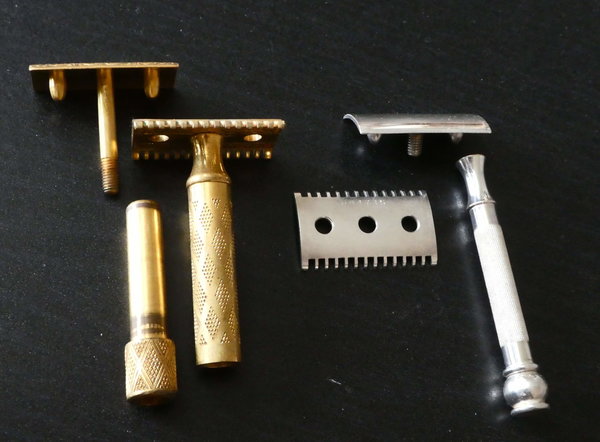 Note that the New Improved from my collection is part of a Cavalier set that somehow got separated from the set.. the regular New Improved did not have the fancy scroll work.

One interesting side note with the Gillette Old Type is that in the late 1920s, a company made an after market roller guard base plate for the Old Type. this company was called the Roller Guard Razor Co, which I guess was less confusing than Gillette using the New name. This company actually did make a clone of an Old Type razor but suing their base plate instead. However, their main business was to sell after market base plates to Gillette owners. 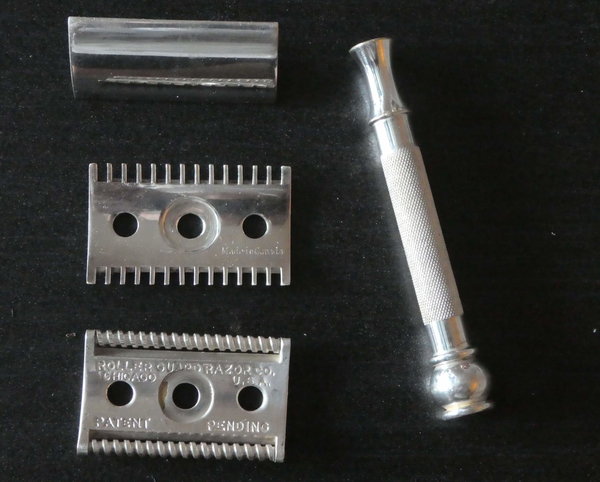 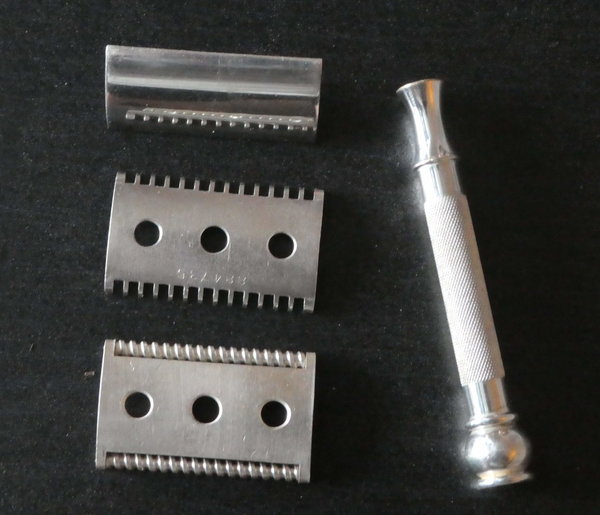 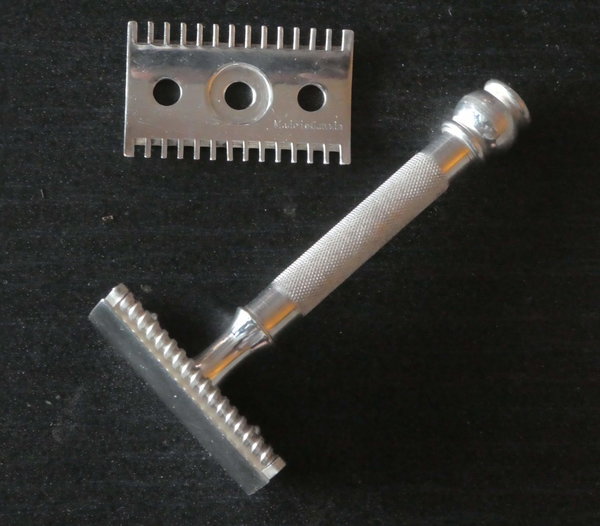 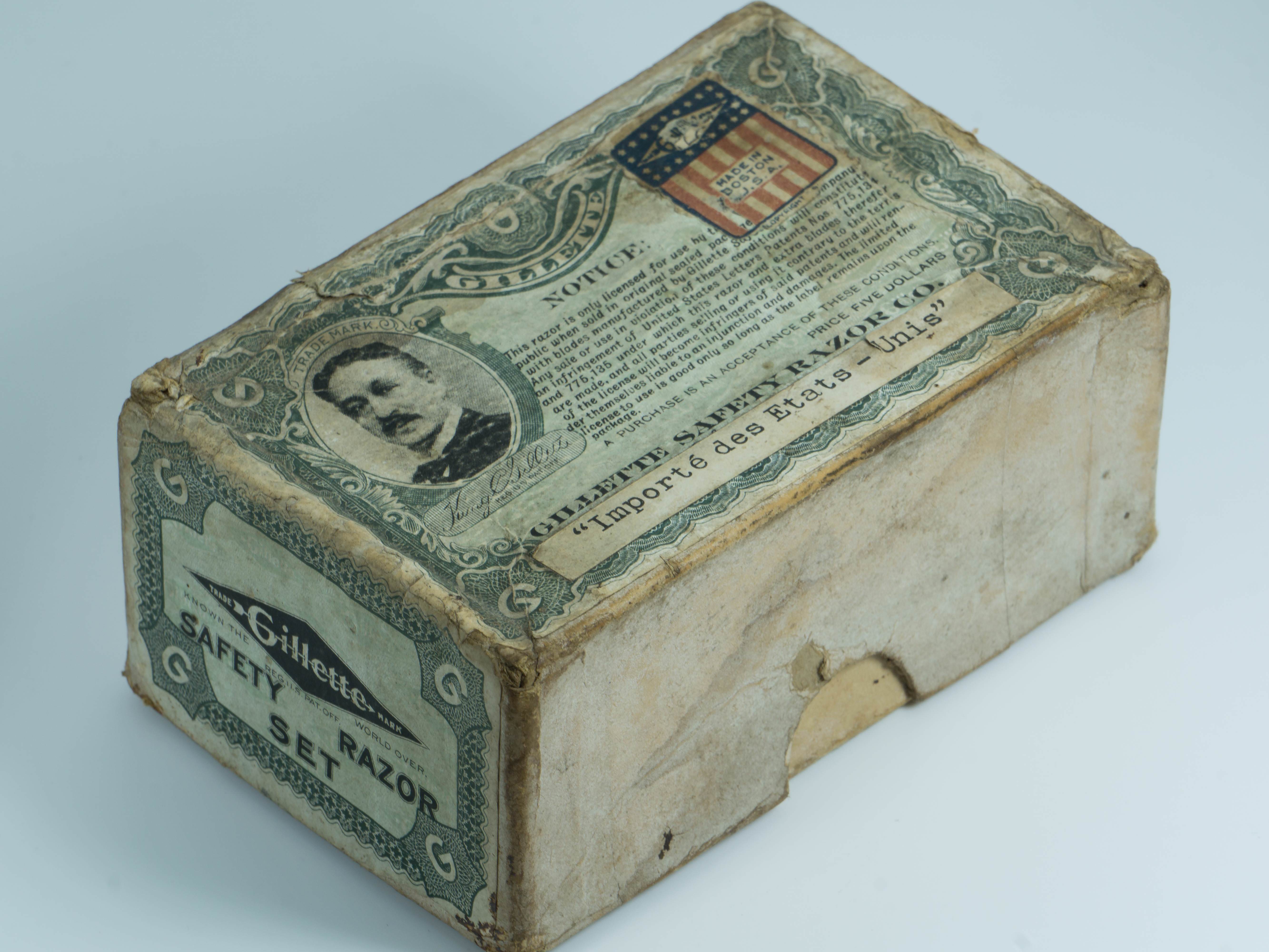 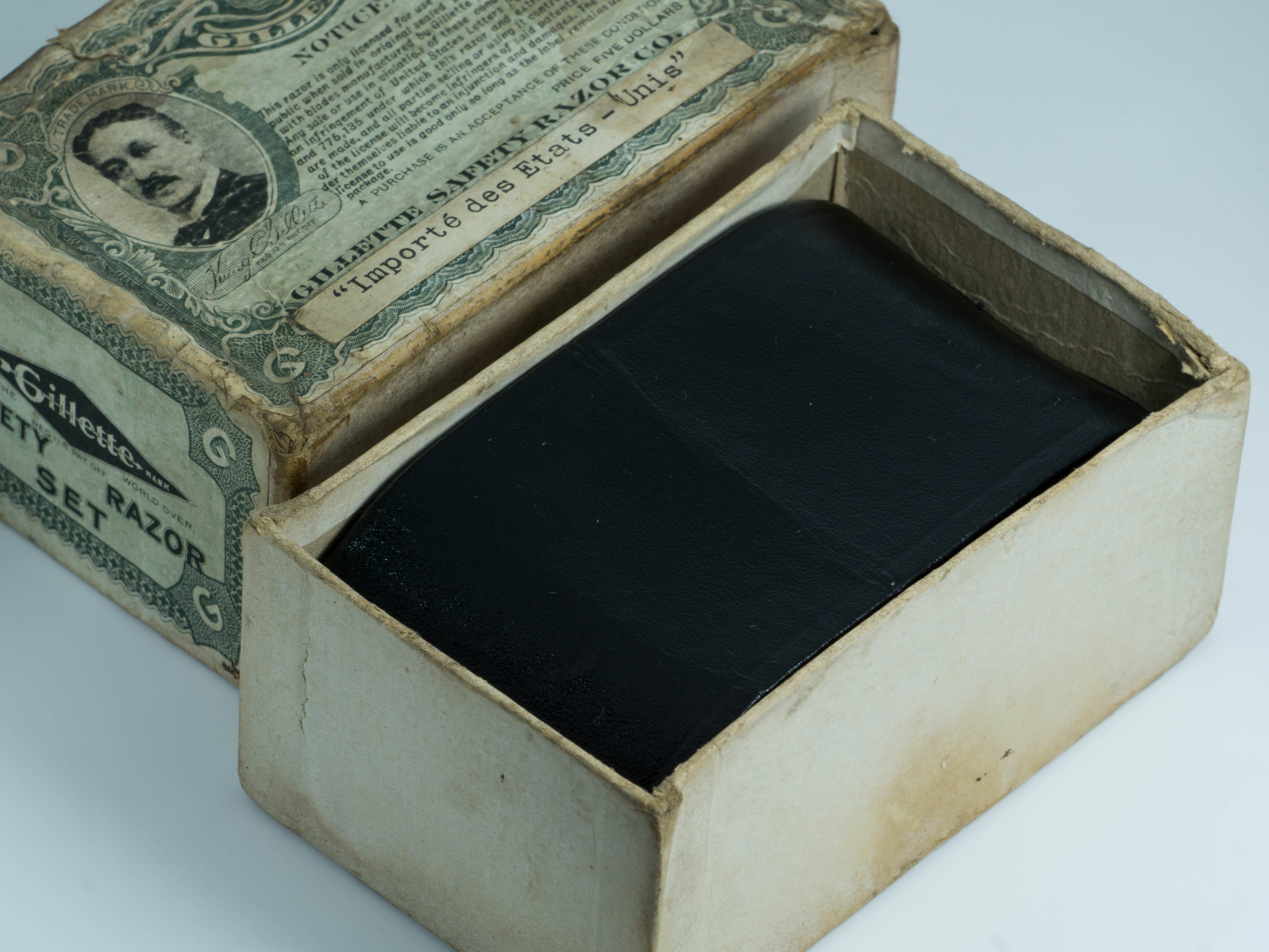 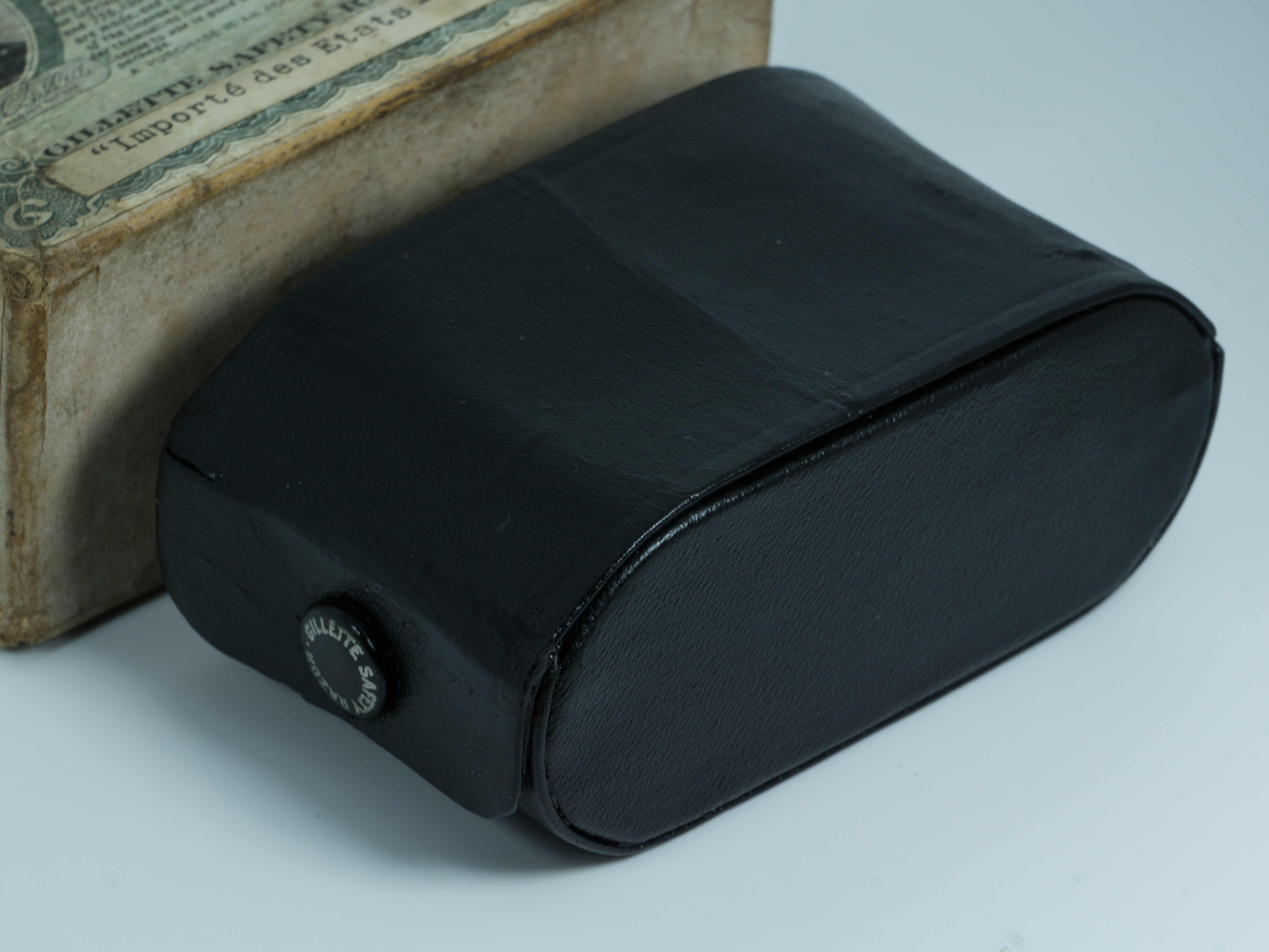 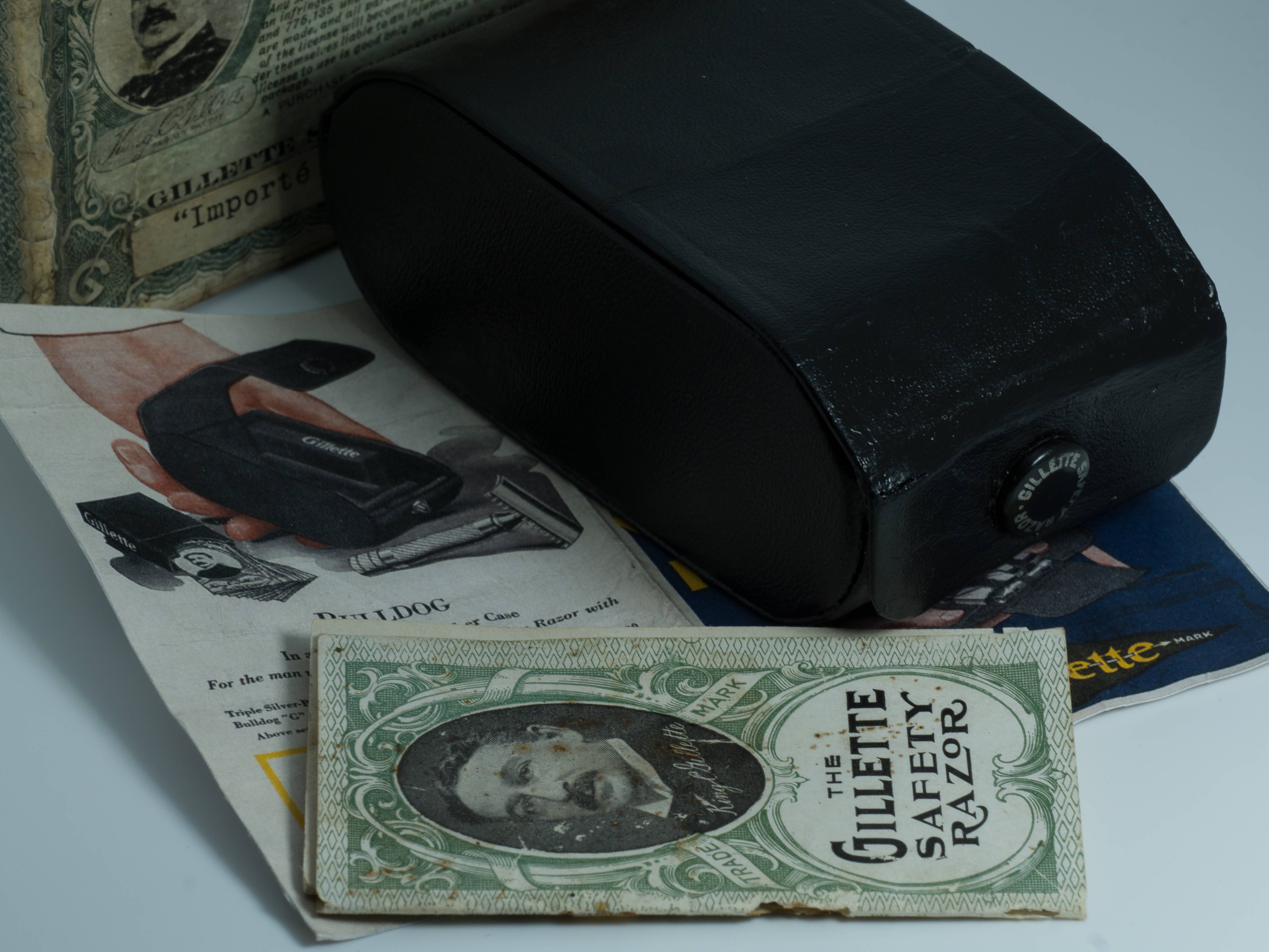 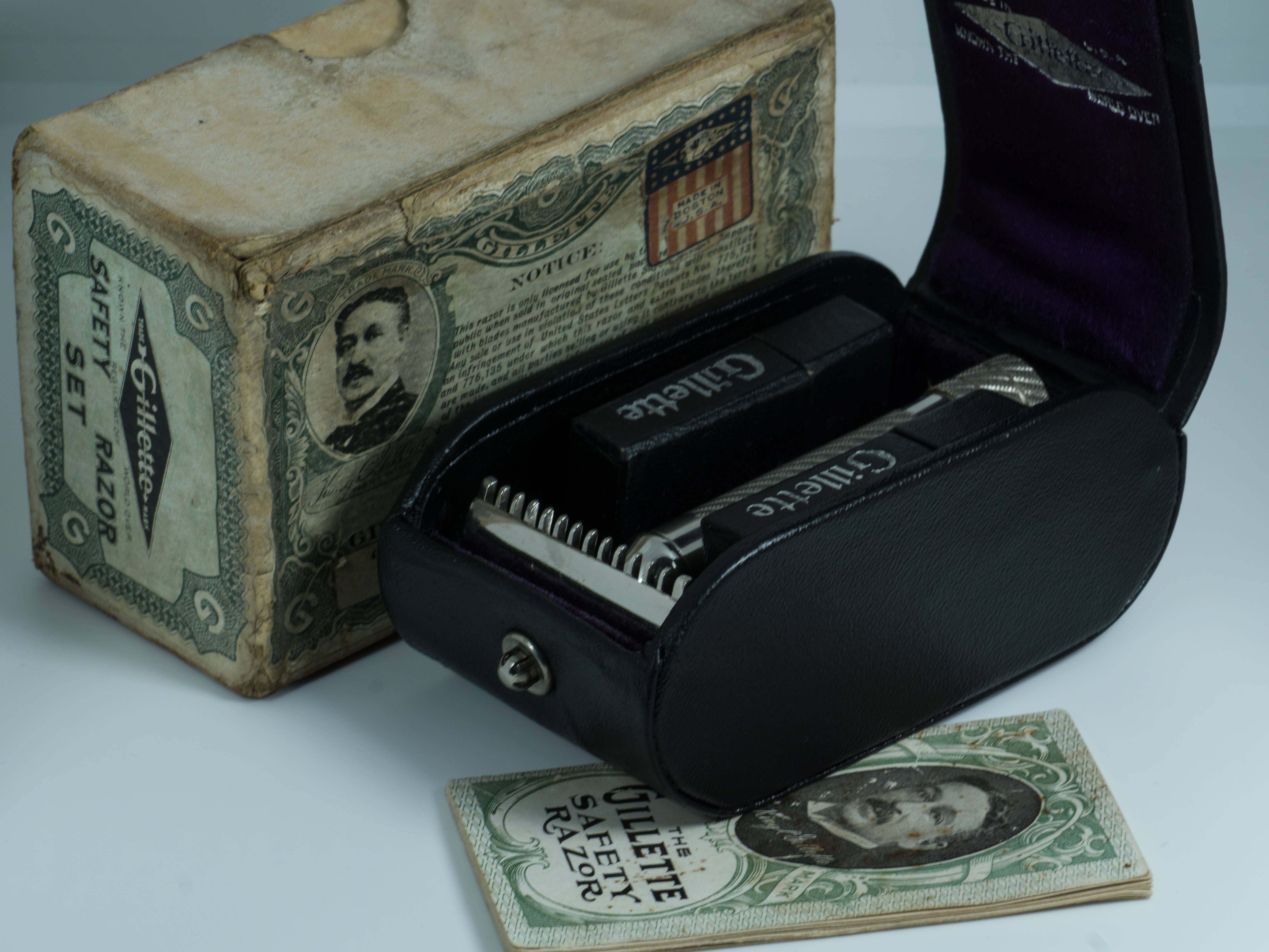 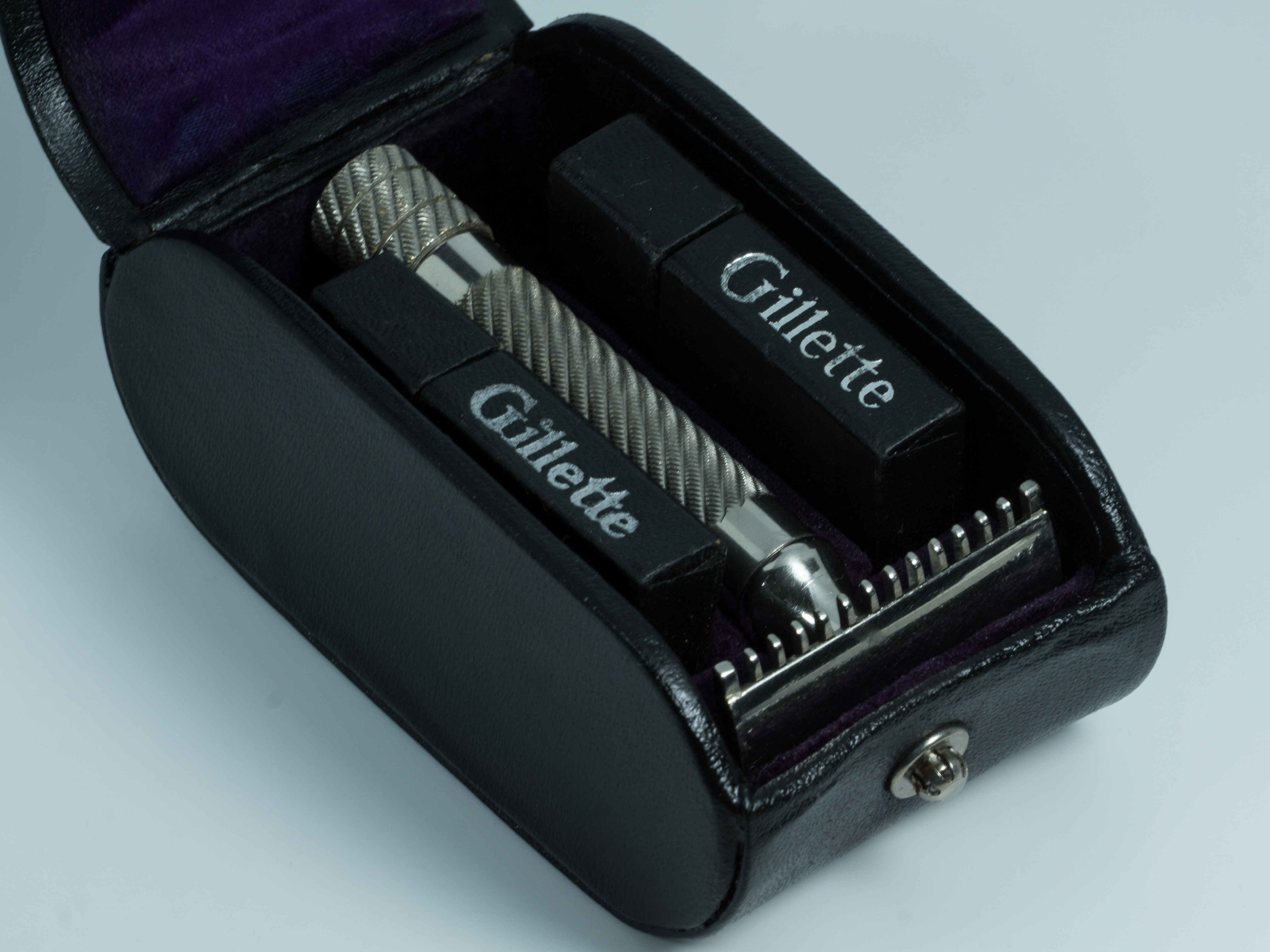 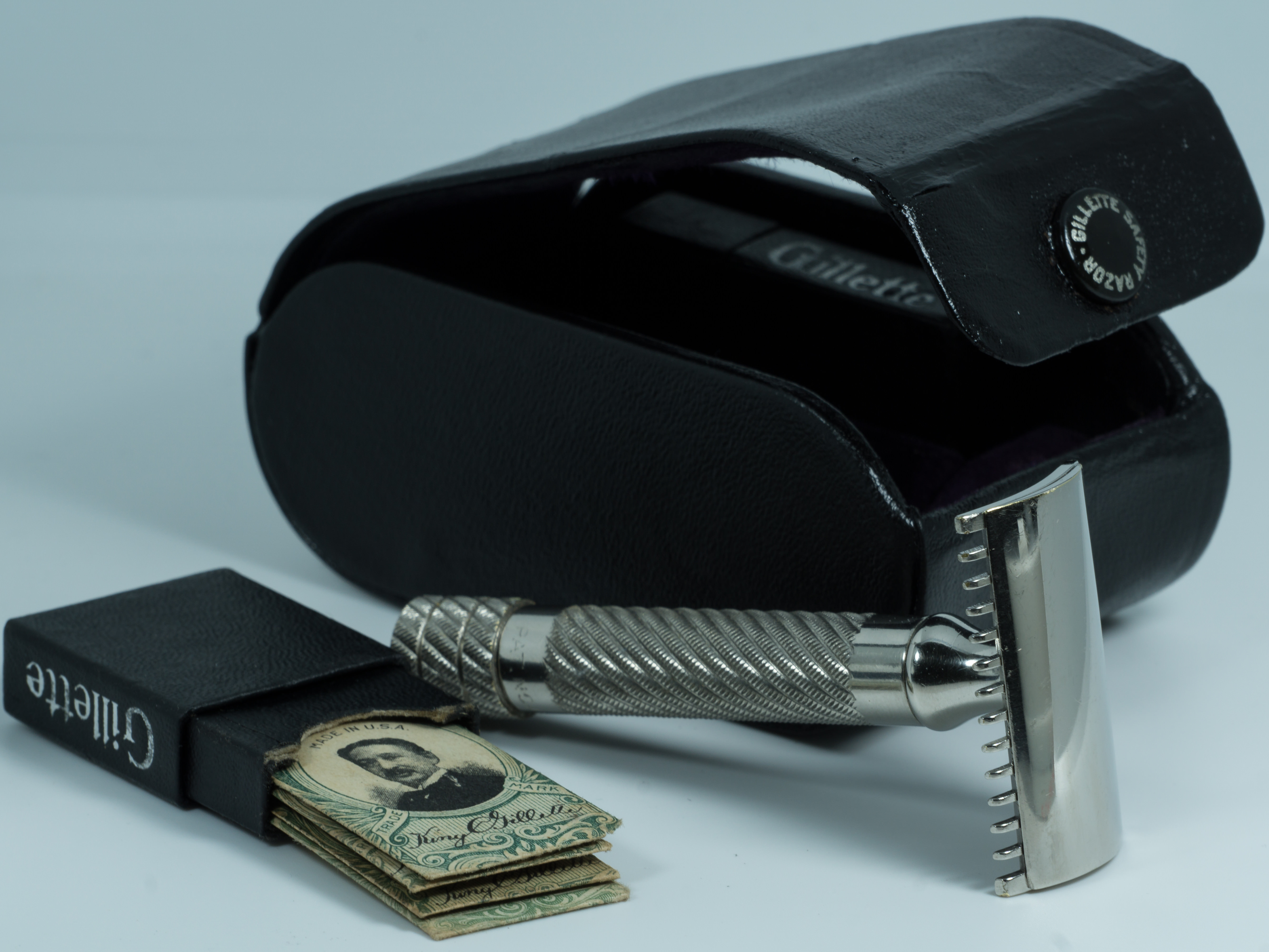 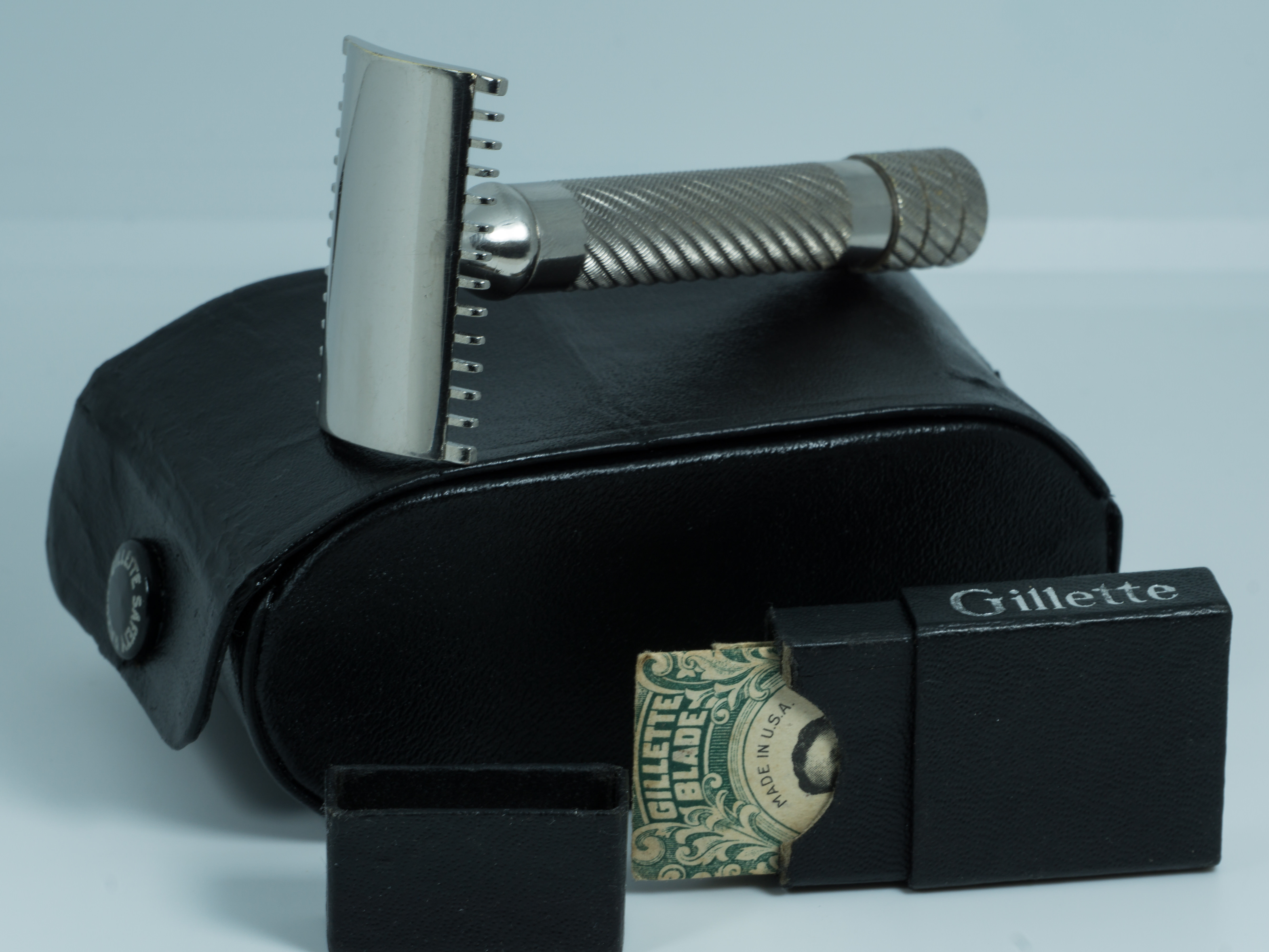 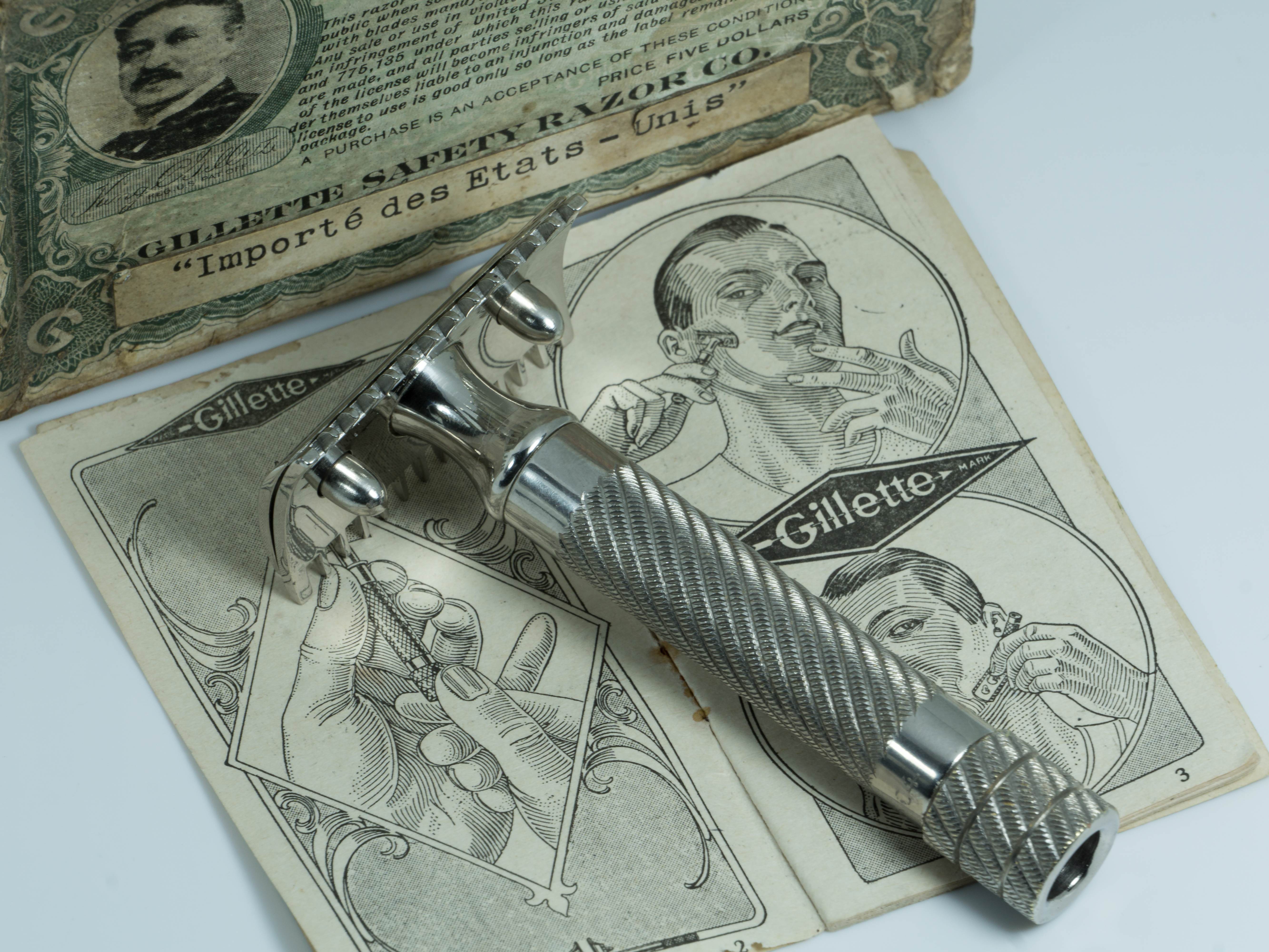 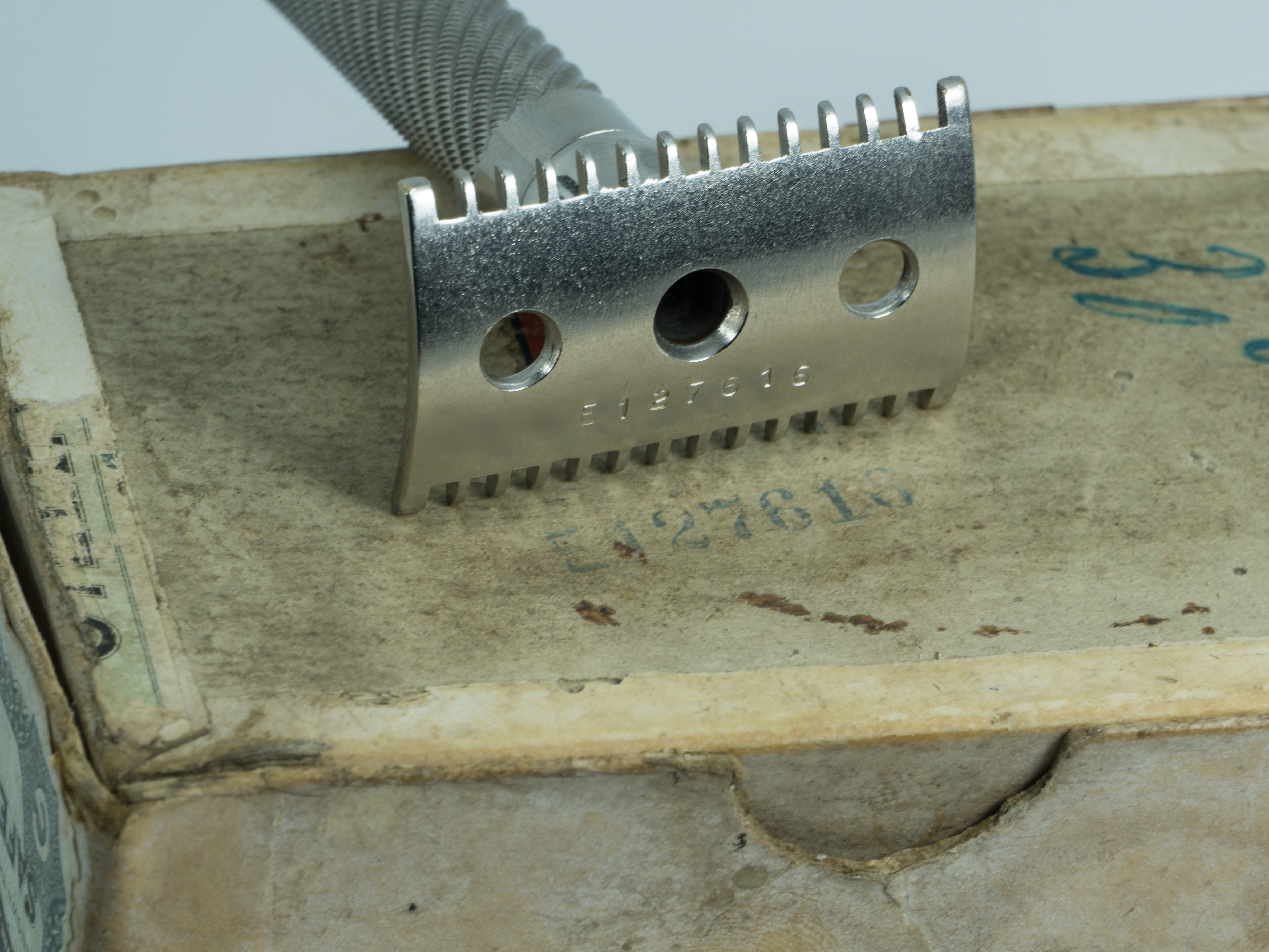 As you know, it is very rare to find a razor from 1917 in these conditions .. no bent teeth, no cracks in the handle, box,
original instructions and blades. Found years ago in France by an antique dealer.

Moderator
Marvellous find @benedetto!
An’ I don’t need no safety razor, neither.

Moderator
Here's a nice little Old Type in a green Waterfall case. Shipper has gotten a bit dirty from handling over the past 100 years, razor is flawless 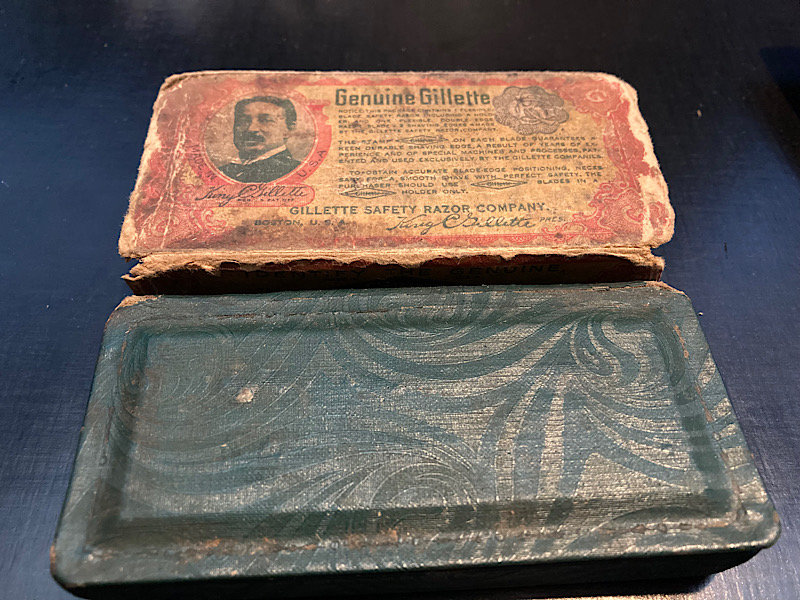 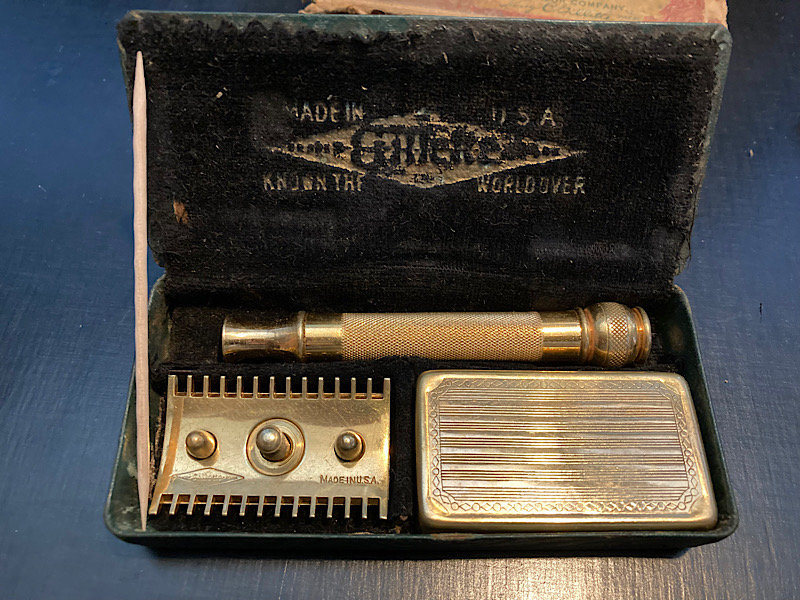 Moderator
No, this will remain as is, as will most of my Gillette.
An’ I don’t need no safety razor, neither.