Last weekend I went to my first flea market since CoVid, the first time since a year and a half....
One of my finds was a Gladweg razor I hadn't seen before. I thought to add it to the Gladweg thread, and discovered that there was no such thing...

Gladweg is a Dutch brand, making shaving supplies since 1929. production and sales stopped halfway the war. After the war they tried to come back selling blades, but the brand disappears in the late 40's.

Their first razors seem to be clones of the Gillette. All are marked with Gladweg in the handle. 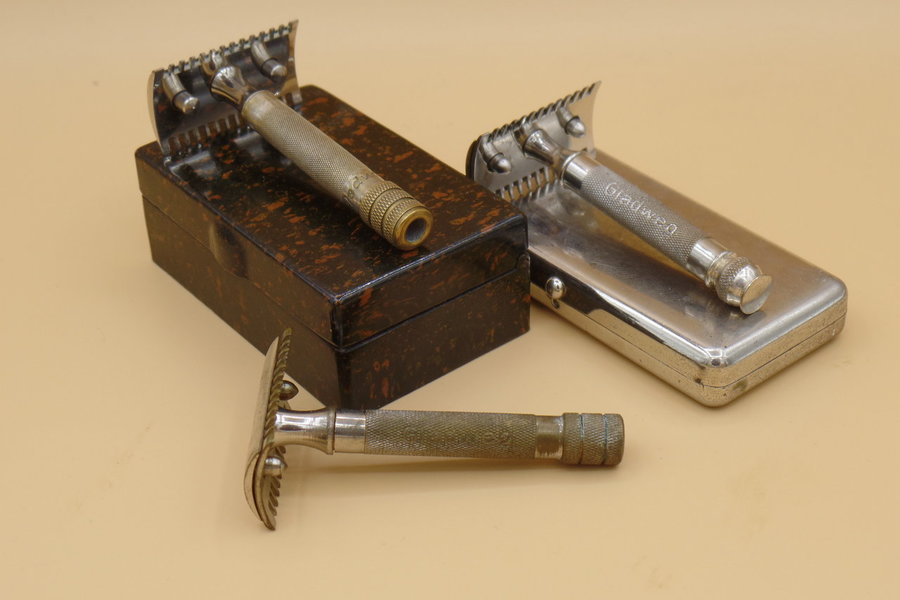 This model is very common over here. A bit cheap, and I have the same razor with other brands etched in the top. 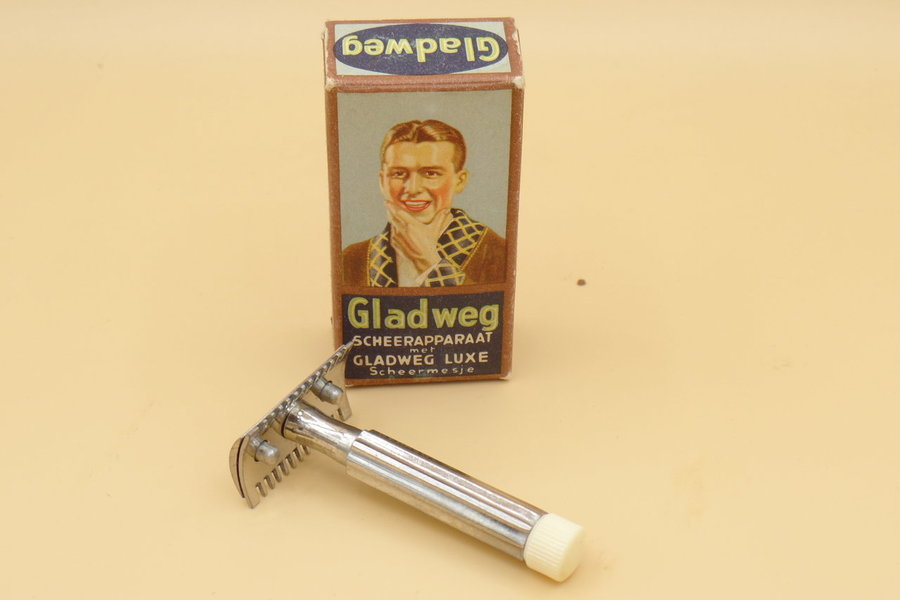 They did sell better models though. Here an OC and a slant: 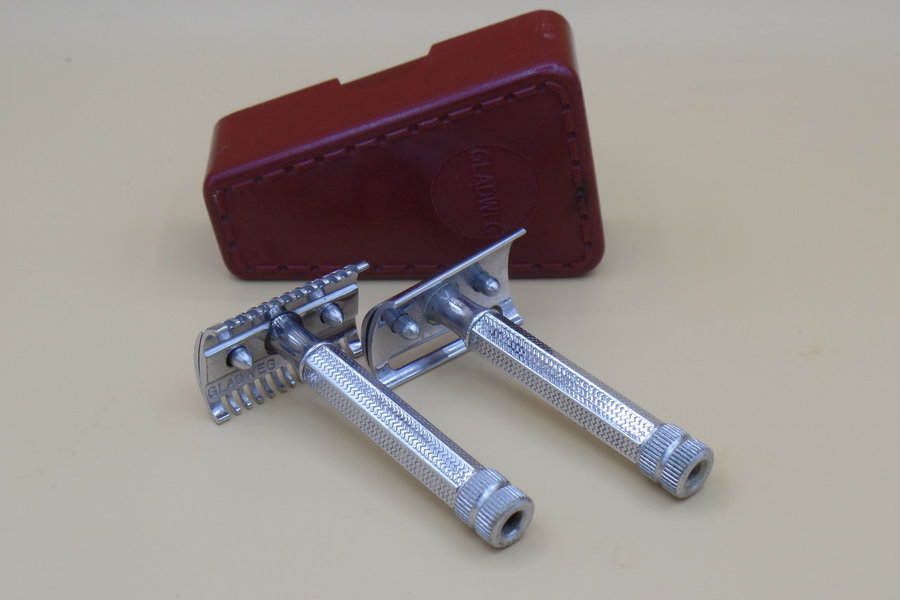 I don't believe they made the razors themselves, and have long suspected a link with the swedish Swing. Here a comparison with a swing, but the handle of the swing is much thicker.... 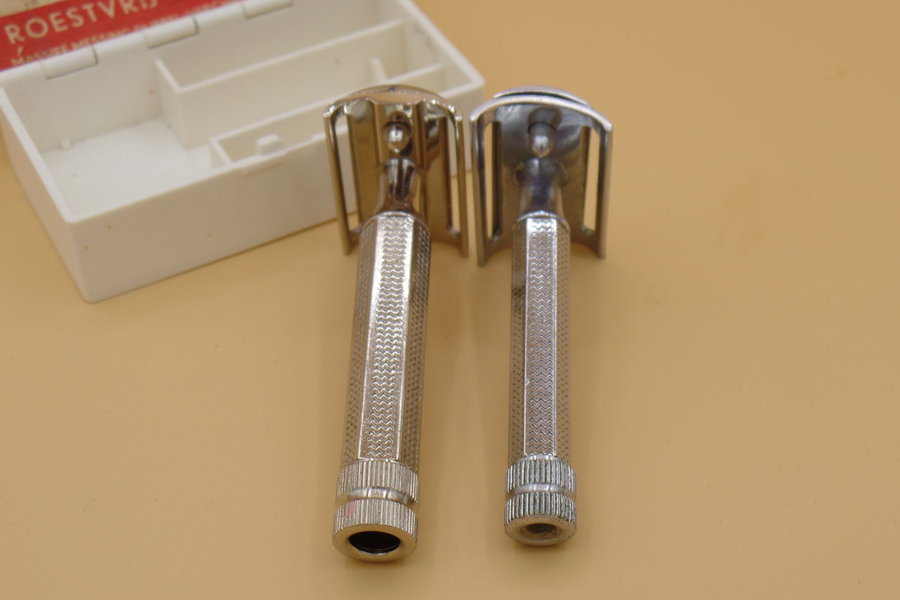 Another OC model. Gladweg impressed in the bottom plate and on the box:: 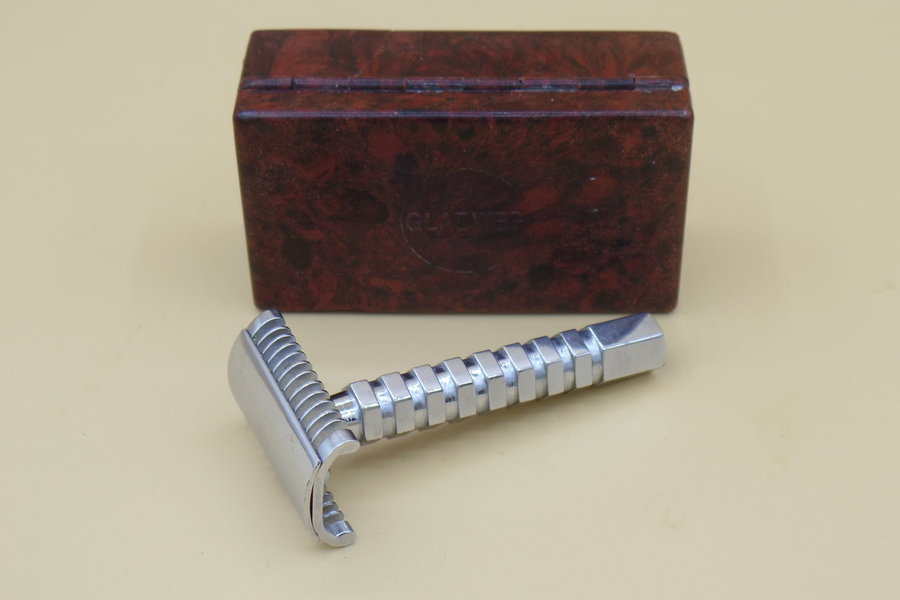 And my latest find: 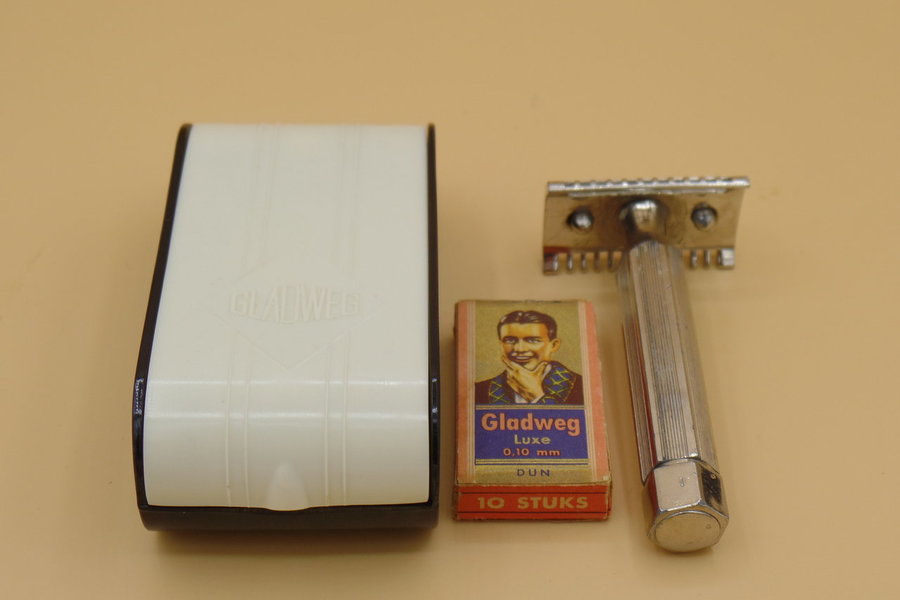 With both a closed and a open comb: 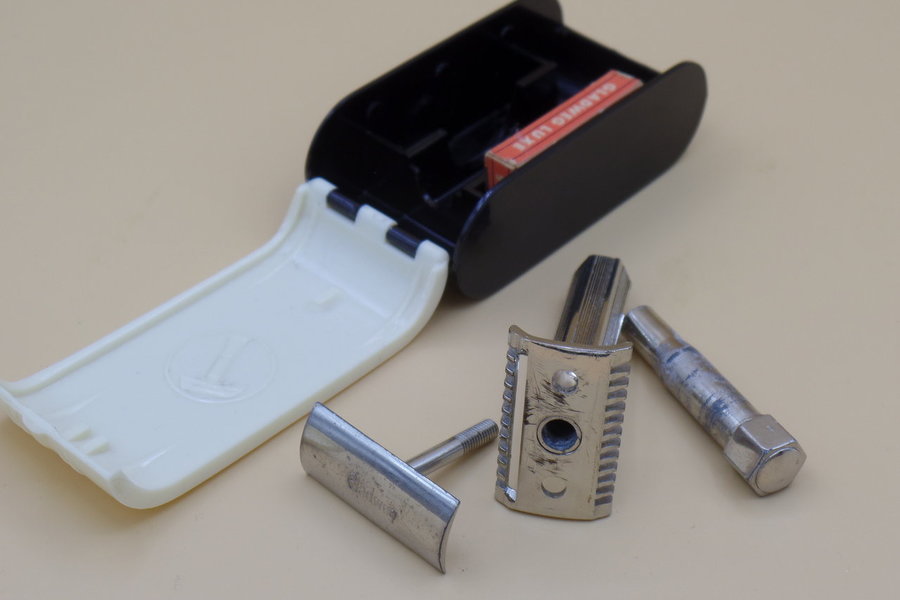