The Felix family - originally from Italy - settled in Provence around 1500. Having been expelled as Huguenots, their ancestors, who were specialized in the cloth trade, moved to the Mark Brandenburg. Gustav Felix finally settled as a farmer in Vockert, Solingen-Widdert, in 1770 and soon also ran a blacksmith's shop. Around 1810 a pocket-knife factory emerged from this, which gradually became the main source of income for the family. In 1843 the steel goods factory was built in the Grünewald - in the best surroundings of the Henckels and Herder companies. In the founding years after 1870, the young company experienced a rapid upswing. Scissors and long knives were now also included in the product range. In addition to the good trade relations with the Scandinavian countries, new connections to America and especially to Eastern Europe and Russia were established. The optimal transport connection not far from the Süd- or Westbahnhof (south or west railway station), built in 1910, did the rest. The company's own branches in Hamburg, Aachen, Leipzig, Magdeburg, Lübeck, Frankfurt and Berlin bear witness to the importance of the company at the turn of the century. By the way, Felix knives are still available in Solingen, but just for kitchen use under the name "Gloria".

Here a cute little 9/16 with a shortened 6cm blade. 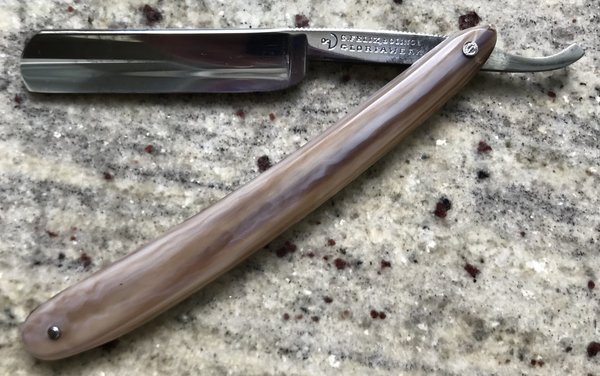 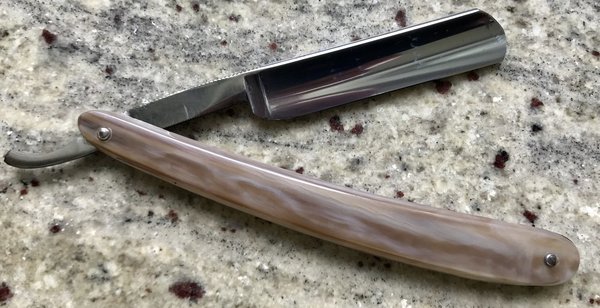