I have been good friends with the person that created the Hawaiian Shaving Company for a few years now. I was one of his first customers and bought many things from him partially because his company was in Kaumana, Hawaii, which was where many of my relatives on my mother's side settled, and partially because he was a small time startup from Hawaii. When he first started, he had ambitious plans and created soaps, beard oils, and aftershave splashes. I was very impressed with his products because he used all natural ingredients from Hawaii (many of the ingredients had healing properties according to the Hawaiians). His soaps used activated charcoal from coconuts and so it appeared like a Hawaiian lava flow. 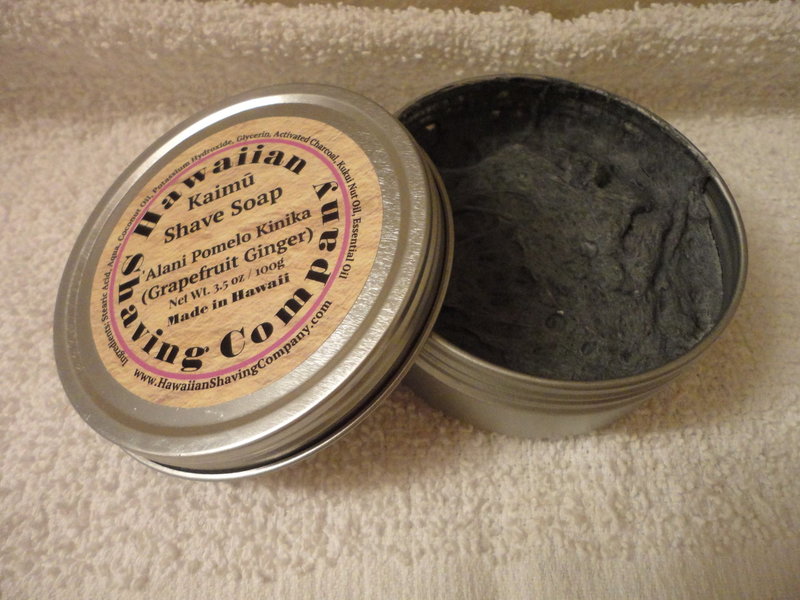 These were great performing soaps. Very easy to load on a brush, lathers very well, and slightly on the thirsty side. Cushion was great, but not as much slickness as the other premium soaps. Face feel afterwards was great. Sadly after a while, more soap makers came on the scene with more fancy formulas at more premium prices and so eventually he discontinued the beard oil and aftershave lines. Recently I noticed that he had a big sell off of the original soaps going on at Etsy and so just as I was going to send him an email asking if he was closing shop, he sends me an email telling me to expect something in the mail soon.

I posted a pic of the HSC soap along with my Tabac in the other thread. Last night was my first shave with the new version of the Kaimu soap. 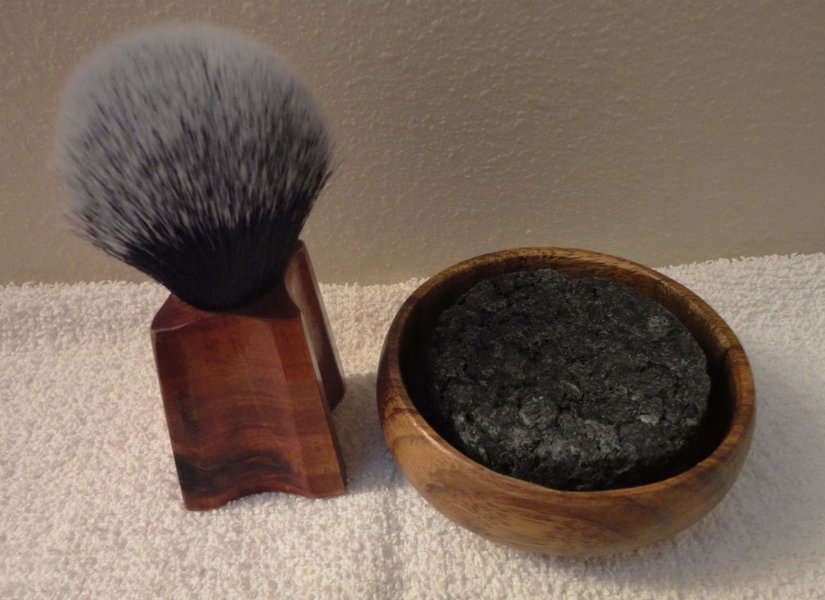 Of course, I had to use the Kukuna O Ka La brush he made for me a while back. The puck itself still retained the look of lava, except now, if Hawaii ever decided to have an Ice Hockey team, their pucks will probably look like the soap. This one is name Laupahoehoe, which I mentioned earlier that it was the place where my grandparents lived. I found out today that he named the soap after my comment a long time ago that the lemon scent reminded me of the Hawaiian rough shin lemon tree in Laupahoehoe when I was growing up. He also confirmed what I originally thought that this was just a pure Hawaiian lemon scent.

When I tried lathering the soap last night, I had trouble loading it on my brush. I usually like to just wet the tips of my brush and so not enough soap loaded. I had to dip the tip of the brush in more water and try to load more. Once loaded properly, it did produce a great lather, which was also quite thirsty like the original version. Soap performance was about the same as the original formula, with slightly better post shave feel.

Tonight, I tried doing what I do with hard pucks, and poured a little warm water on top of the puck to soften it up a little. Unlike the other hard pucks I do this to, the water was completely absorbed by the puck. The top of the puck, however was softened enough for me to load much easier than last night and I was able to get another great shave, this time with less effort loading.

In my conversation with HSC tonight, he will be rolling out the new soaps as soon as the old stuff sells out. He has seven scents in the roll out. Unlike his original soaps where he used Hawaiian names of the scents, this time around, he will be using Hawaiian names of places where folks have told him of memories of scents relating to the area (like Laupahoehoe reminding me of the Hawaiian rough skin lemon). 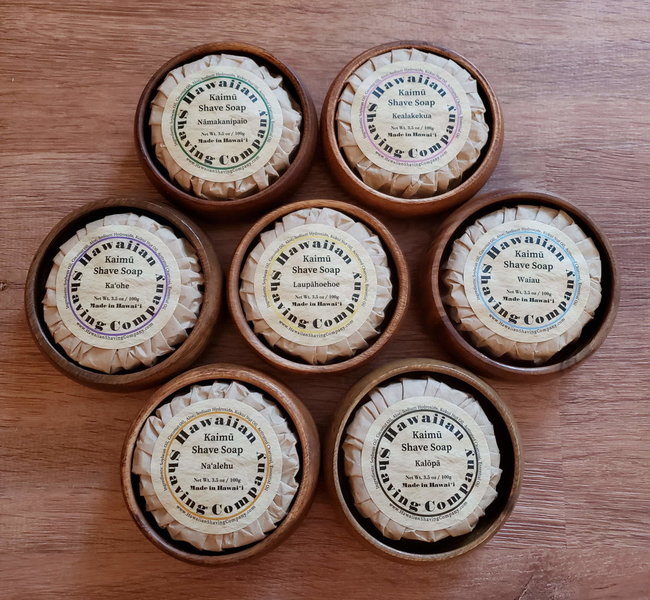 I don't know if there will be any major distribution other than Etsy, but if you have a chance to try them out, you will not be disappointed.
Last edited: Dec 17, 2020

Moderator
Earlier this year @gvw755 was so kind to send me one of the soaps made by HSC, which was the one in the first pic of his post. I'd used it a few times this year, and thanks to this thread decided to try again this morning, to refresh my memory before commenting.
This is a soap I use with a small brush, as the puck/container do not have a large diameter. Having a bit of water on top whilst showering is something I o with all soaps, and made for very easy loading and lathering. No difficulty at all in producing an nice lather on the face. Slick, cushion, nourishing, all great. After the face is cleared from all lather having an extra stroke along the jawline without lathering again could be a bit better, but most soaps do worse so no complaints there. I like the bit subdued pure scent of the soap, but those of you who expect a real scentbomb will be a bit disappointed.
Cheers!
Richard