Moderator
SU-Patron Gold
The IRO is a razor coming from Spanish Basque. It is often confused with Eibar, yet Eibar is the Basque city this razor is coming from. Head and handle have a Logo stating "Original" with an arrow through it, IRO, and the handle also has "Systema Oblicuo" which means slanted system which is about right.
The razors head is an ordinary, OC head, that can fit on all M5 handles to use as an ordinary head. The interesting thing about this razor is the handle. It is bent near the end, where it ends in a plate with two holes. One fits over a guiding post, one over the center screw, and a special "nut" is then used to fix the razor. In essence, most other razor heads can be used on this handle. See pics for illustration of how it works.
The Systema Oblicuo was patented 1935-12-16, Spanish patent ES4292. 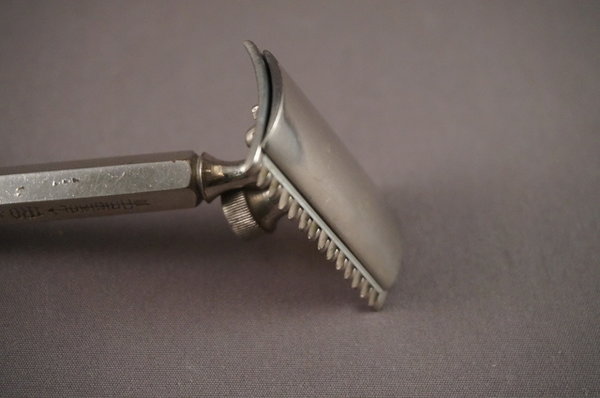 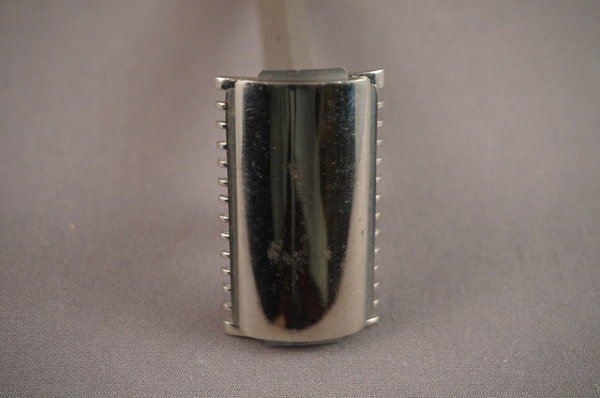 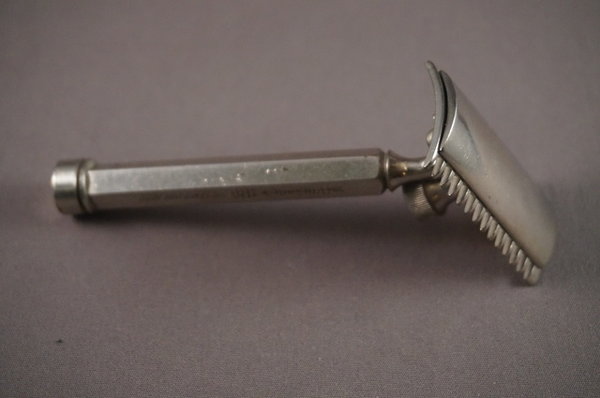 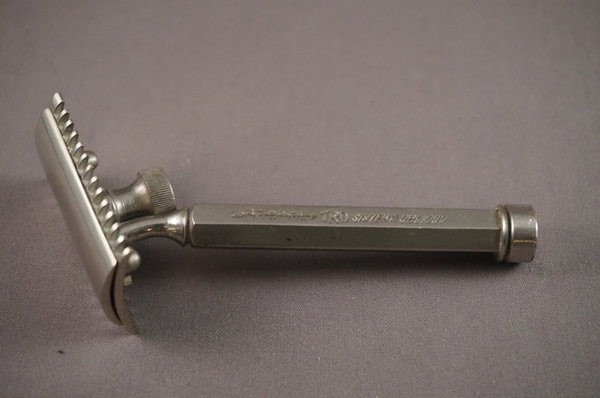 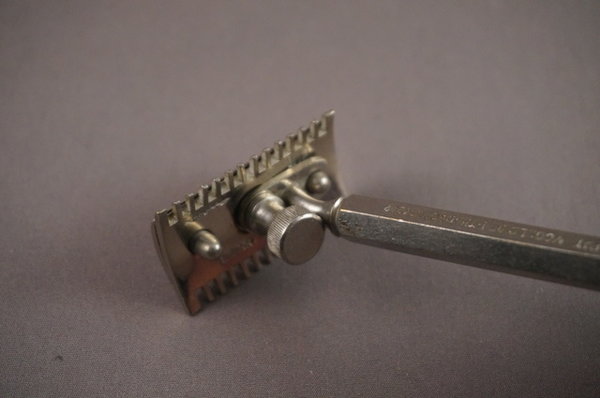 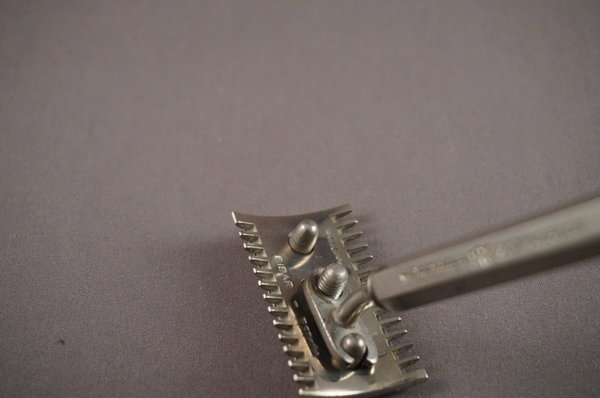 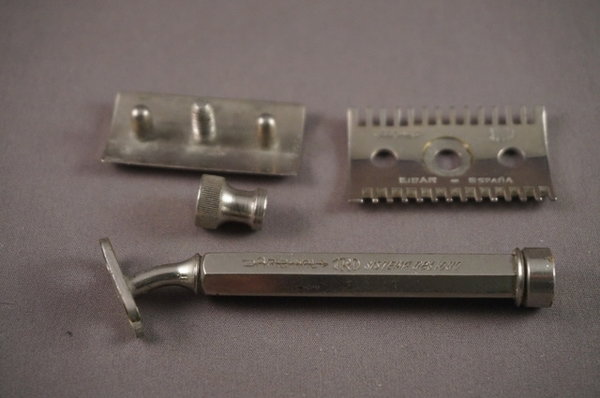 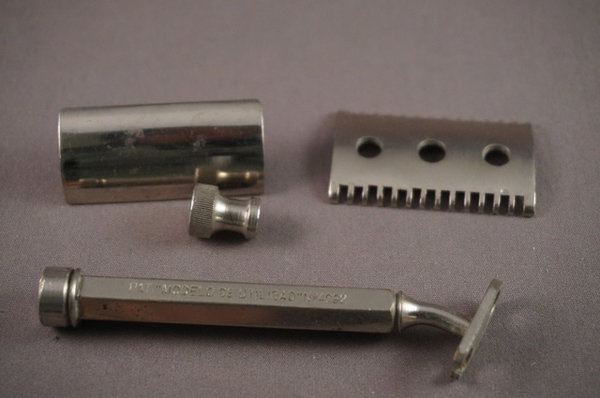 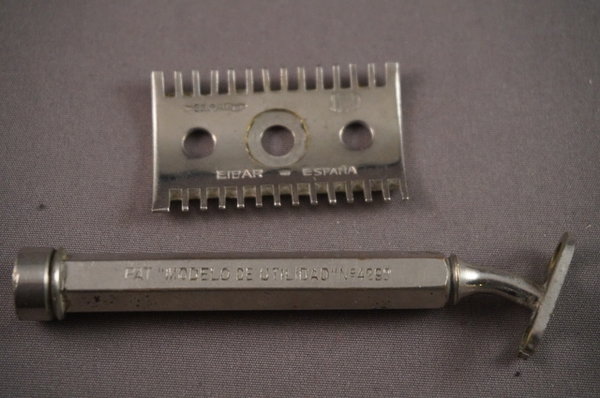 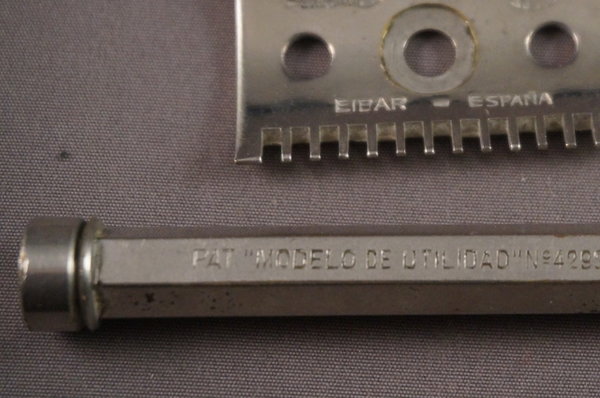 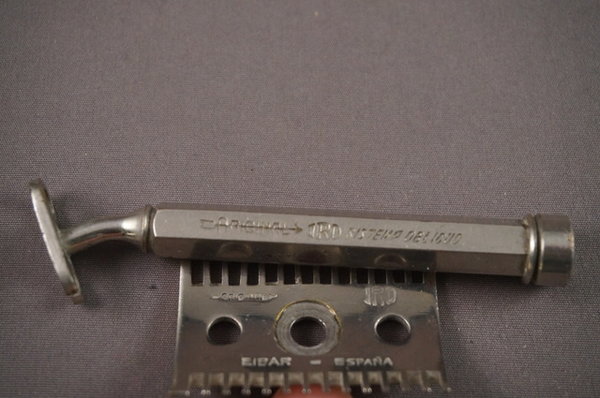 Moderator
SU-Patron Gold
I have so far found two different cases. Both made of carton, the difference being the front, where most significant one has the price and the other "Modelo A". The one with price also has a label on the base.
Note how on the box, the writing on the handle is the other way around from the actual razor. 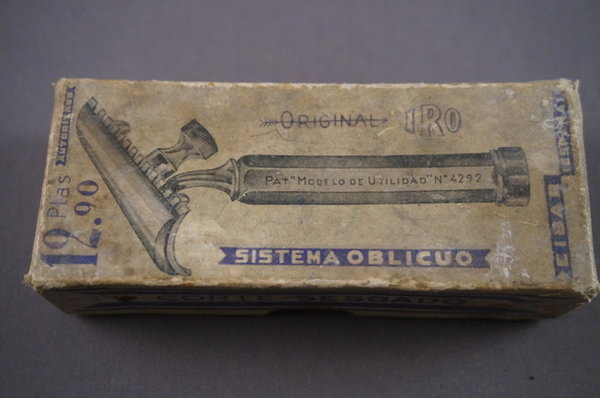 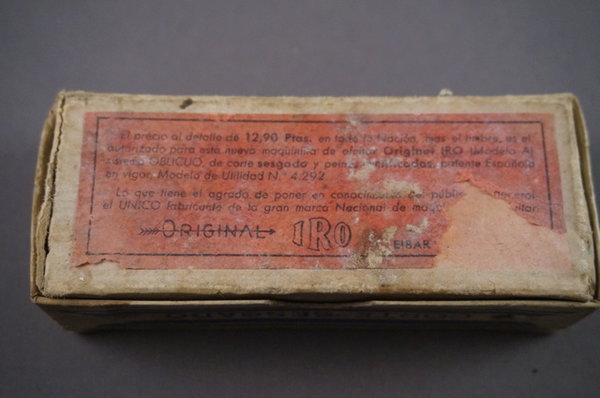 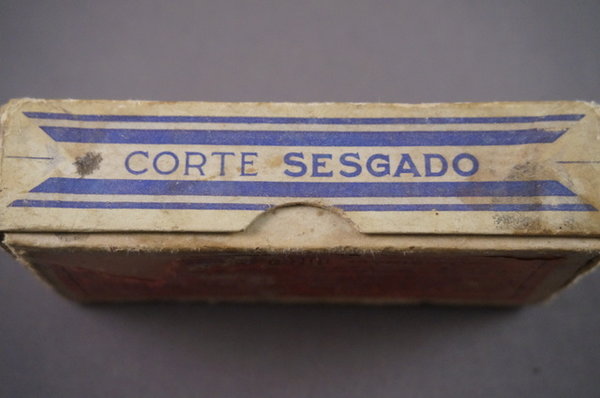 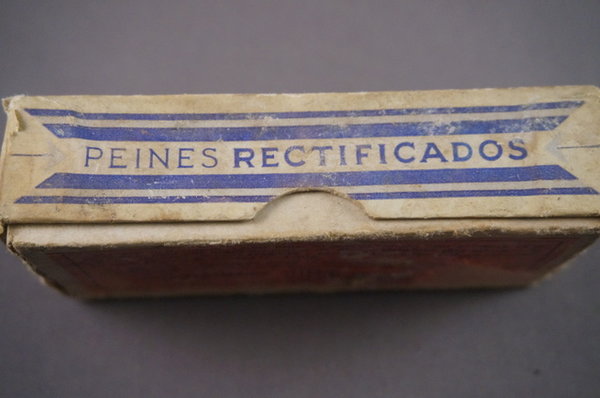 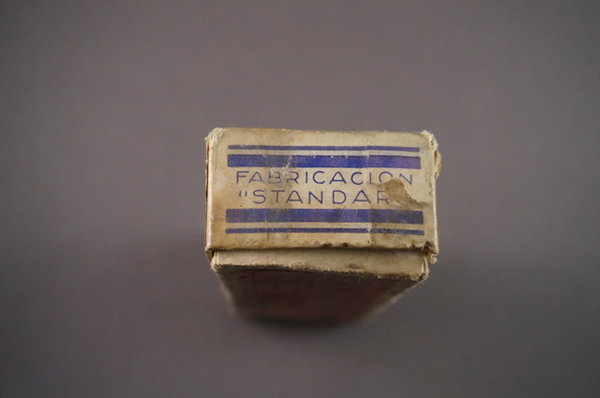 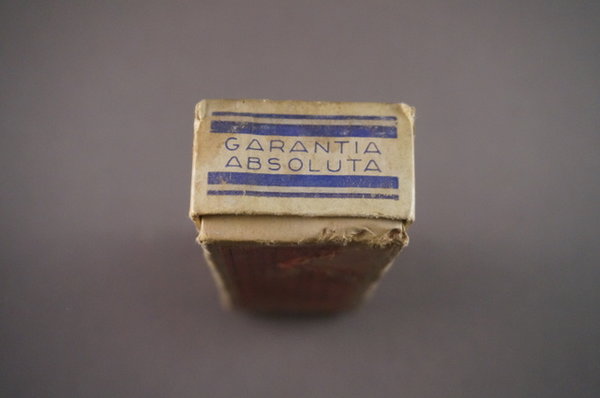 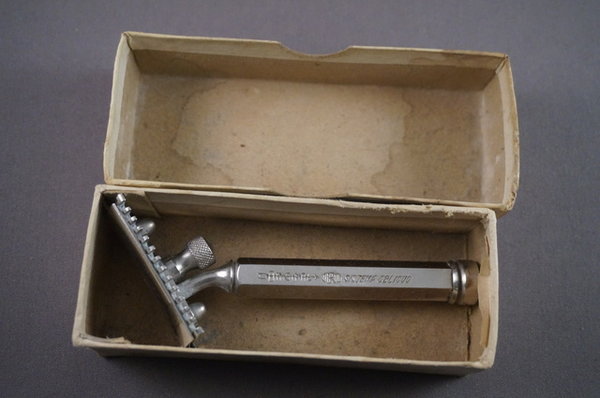 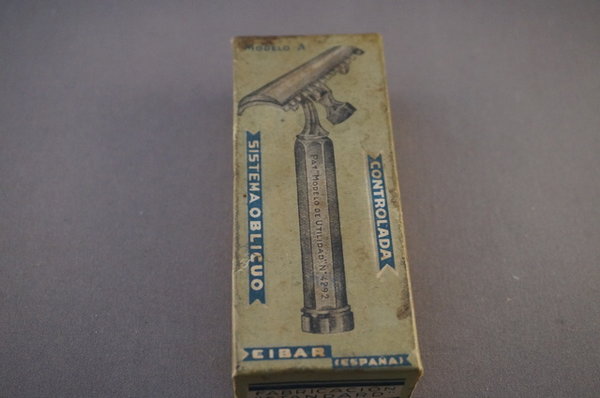 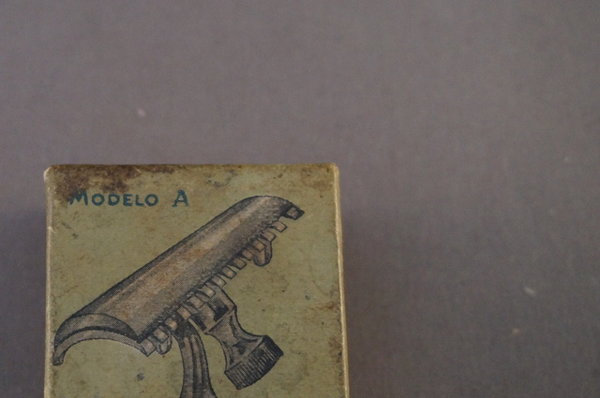 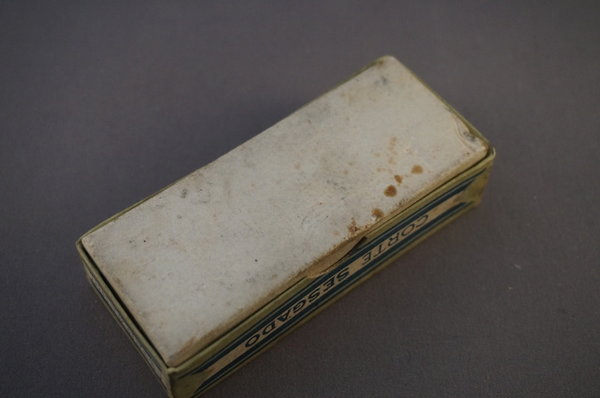 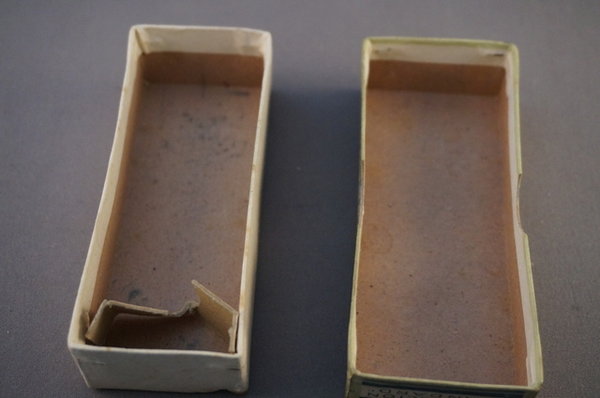 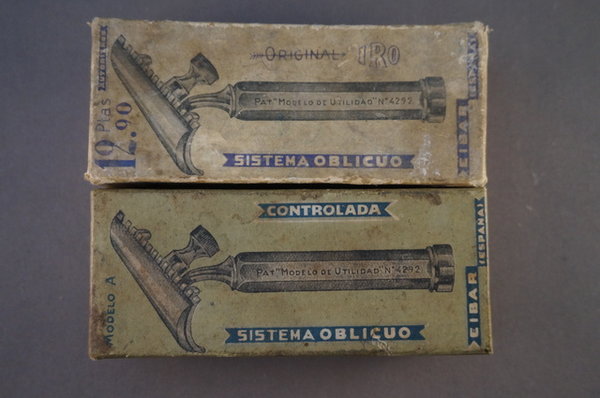 Moderator
SU-Patron Gold
I've also found three different handles. Two are 1.2mm fatter than the other. The thin one has a nickel sheen on it, the others are chrome. Details near the knob differ. 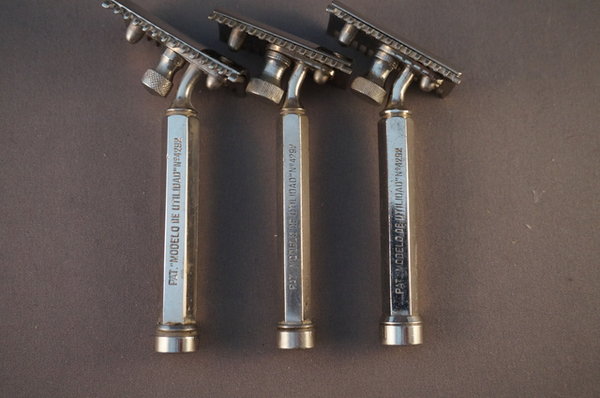 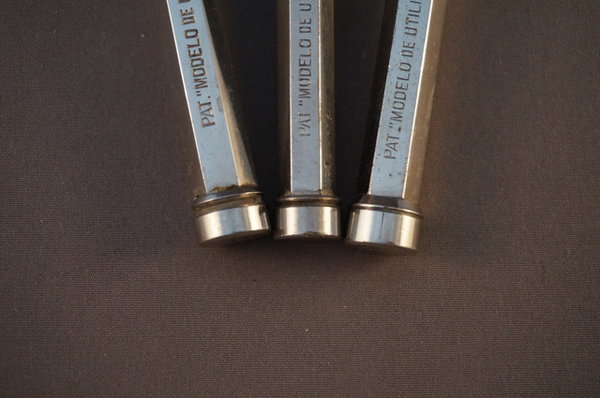 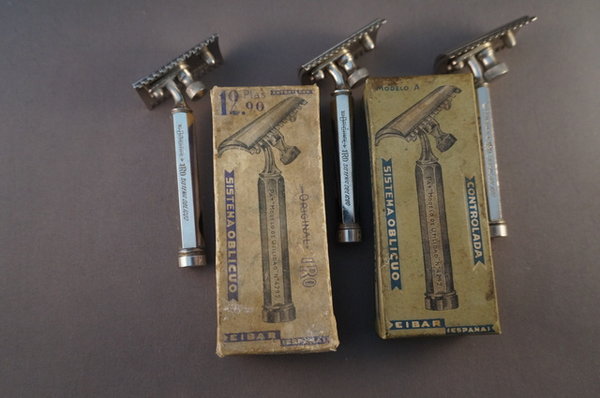 Now we just need for you to get a RR Wunderbar head to put on the handle. that way you can get a torsionshobel and schragschnitt all in one.

SU-Patron Gold
One of the strangest constructions I've ever seen on a safety razor and therefore very interesting to see.