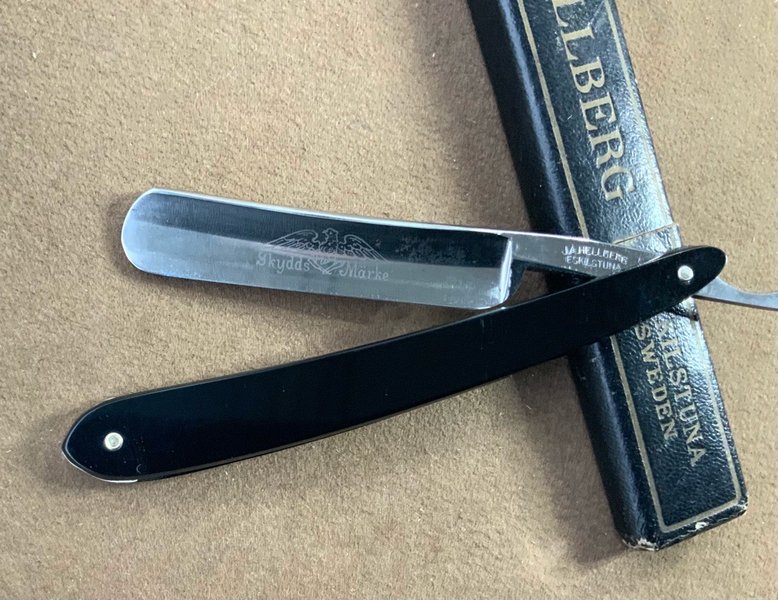 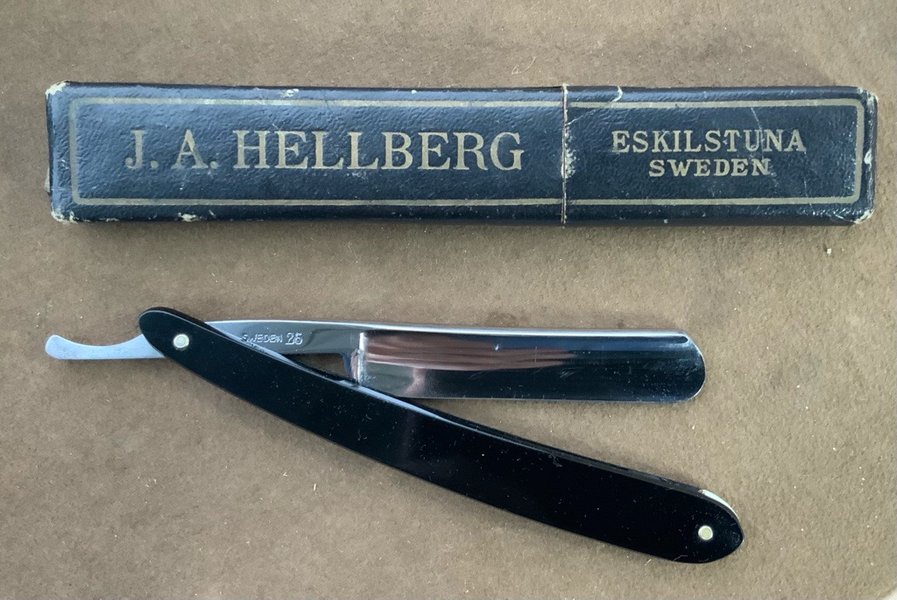 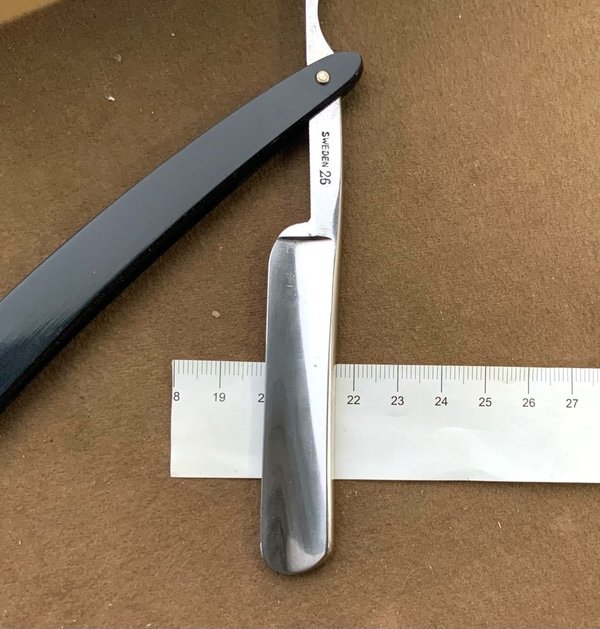 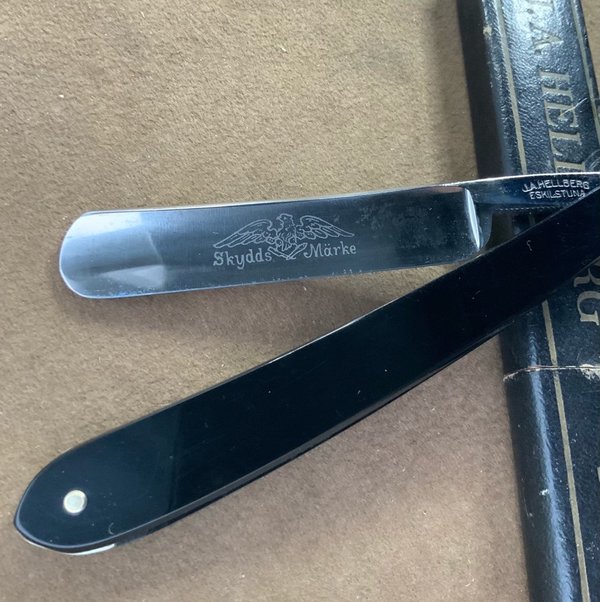 It is the one with the black scales. The right one in the front view.

Johan Alfred Hellberg (1860 – 1941) started his factory in 1891. Initially, J. A. Hellberg only produced razors but eventually added hunting knives, daggers, and various other sheath knives to the production line. Johan was also one of the first Eskilstuna cutlers to produce the barrel knife. When Johan died in 1941, the factory was operated by his sons Valfrid and Nils Valfrid. During 1961/62, the Hellberg brothers sold the company and after a series of new owners the company closed its doors in 2007. [Source: Marmér, A. (1999). Knivar från Eskilstuna. Samtek, Eskilstuna. ISBN 91-630-8176-8.]
You must log in or register to reply here.
Share:
Facebook Twitter Reddit Pinterest Tumblr WhatsApp Email Share Link
Menu
Log in
Register
Install the app
Top