J. Liese, Lüdinghausen, south of Münster. The city "Lüdinghausen" has to come together with the name as there was also a company Liese in Essen.

The razor is a three-piecer but looks like a two-piecer, and has the same head as for example Ibsen, Kratz, Geniol, and some others. But unlike the Ibsen I have never seen a Liese with a bented head yet. For me, shaving with in is very thorough and pleasant. 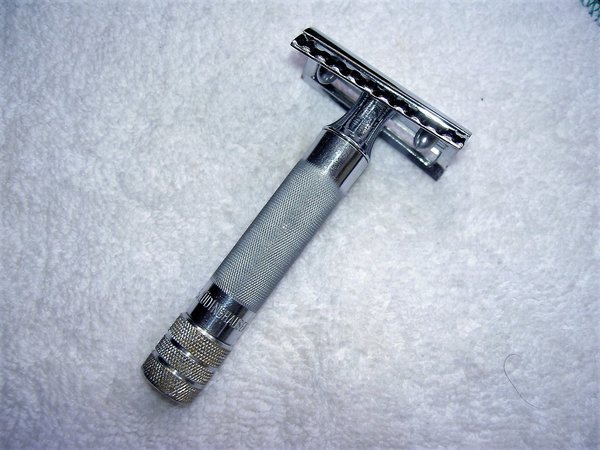 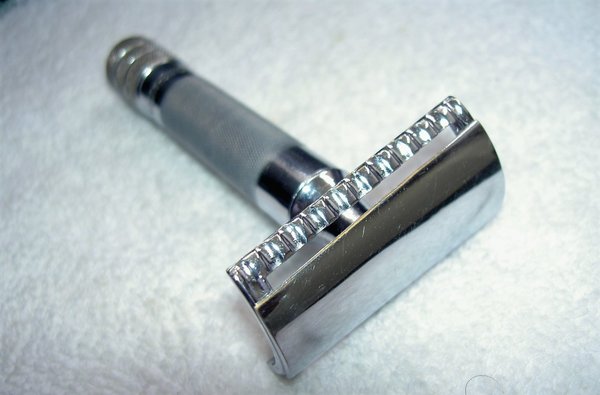 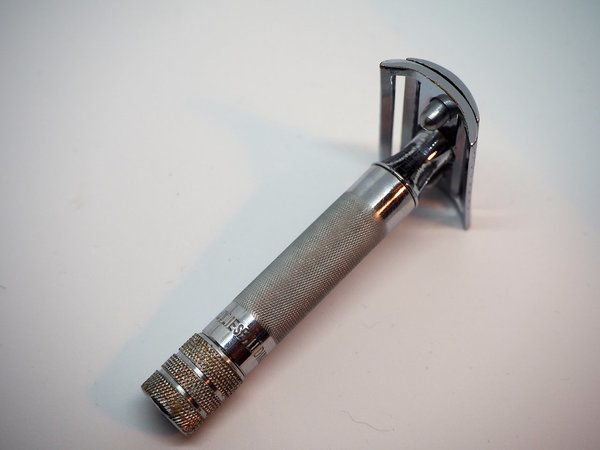 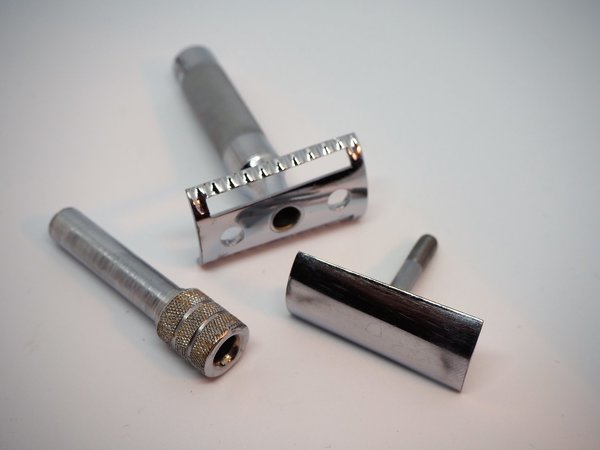 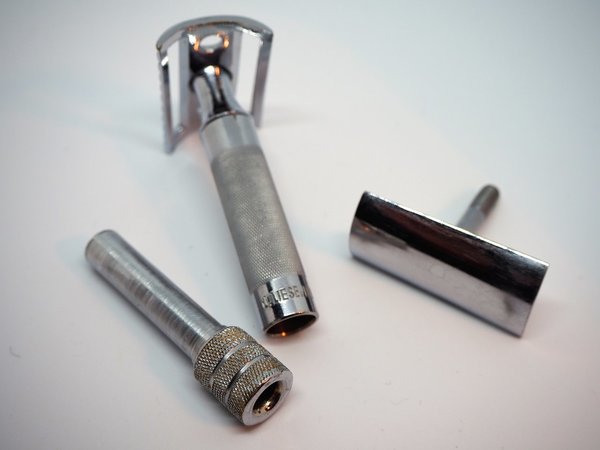 I've got another GHE-marked Liese. Not so shiny anymore, but I mean aged with dignity. It must have been completely coated, but the brass comes through now, which doesn't bother me, the excellent shave doesn't break off and I think the patina has something:

With the engraving on the cover plate "GHE" I suppose that the razor was probably made as a promotional gift or for long-serving employees or customers of the automotive supplier from Wuppertal who still exists today. In any case, the logo suggests "Gebrüder Happich Elberfeld". 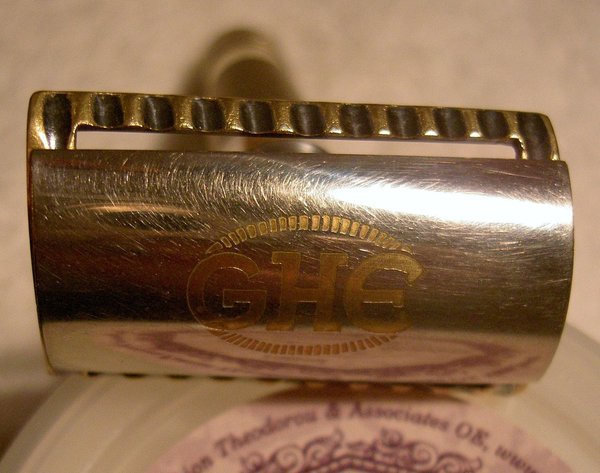 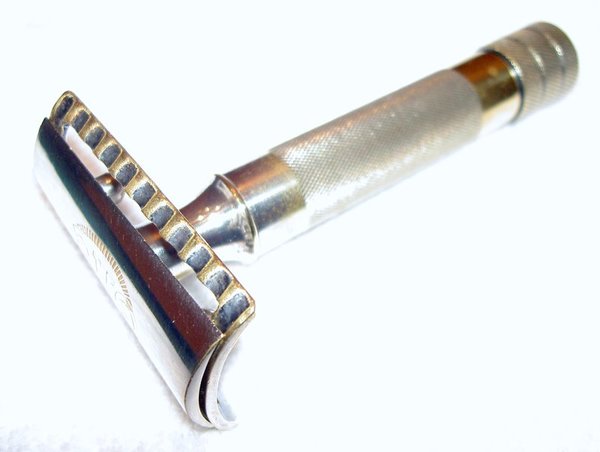 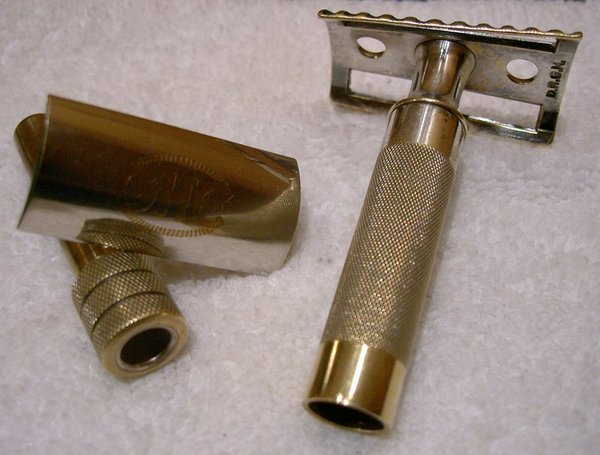 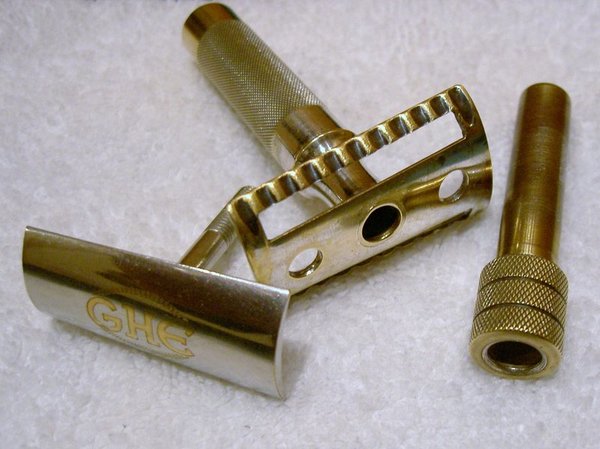 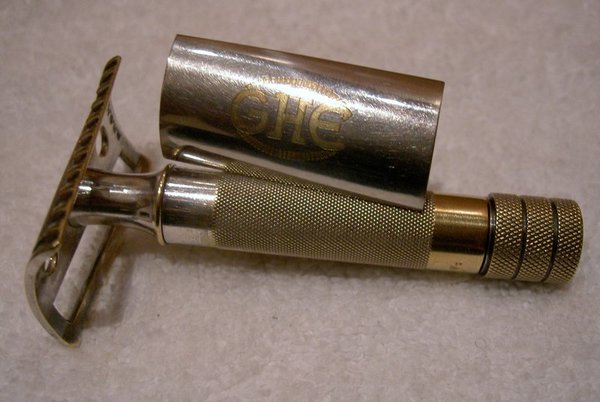 Moderator
SU-Patron Gold
Loads of slanted Liese (Lüdinghausen) around, but so far I've only ever seen one "regular" Liese DE. This happens to be the only "regular" Ibsenhead I've ever seen as well. 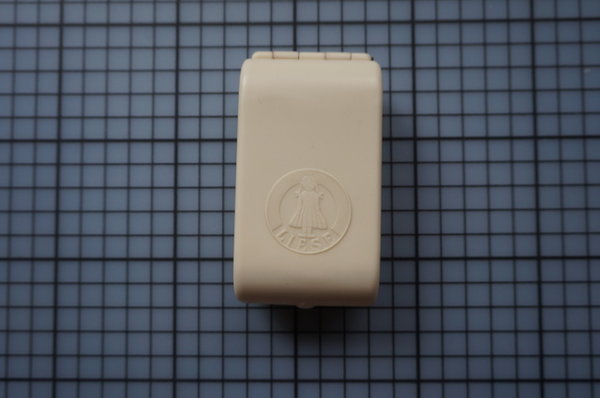 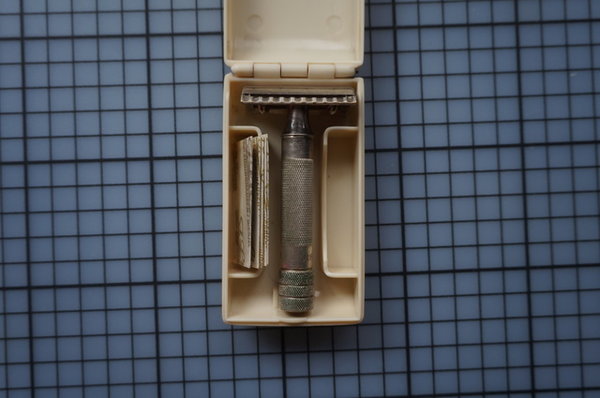 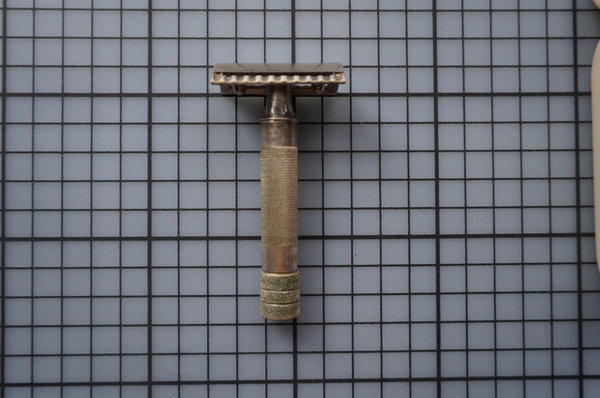 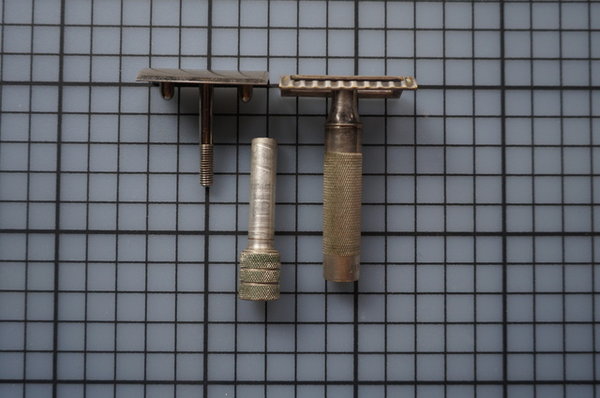 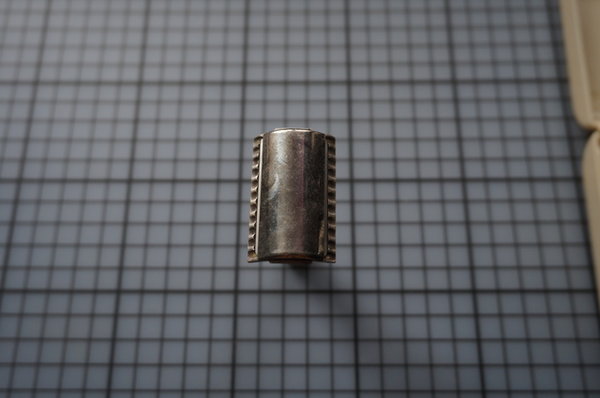 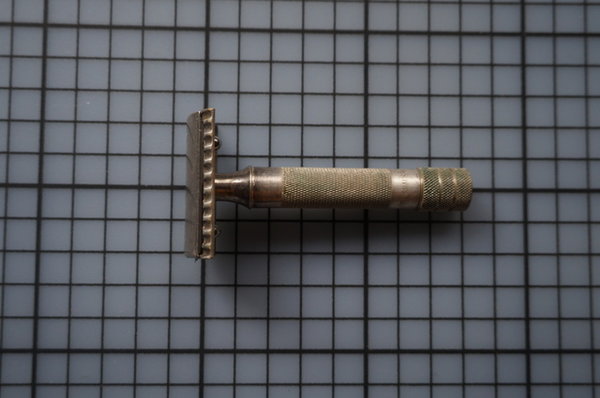 You only think so. This is a mirage razor. Does not really exist. Check again, it has to be somehow aslant