Moderator
Had been on my wantlist a long time, now it is here: the Kampfe Convex.
Beautiful case, look at the lock that has the trademark triple star on it, and locks by sliding the knoblet to the left, unlocks to the right. Purple interior looking great for its age: according to Waits, this was first advertised as Star Convex Nov, 1909.
Looking at the head, you can see why it is named Convex: the head is curved, forcing the blade into a frown, much like the Maravilla and Sseygus Zeppelin do. This meant, a special blade had to be used, one without the spine usually found with SE-razors. There's three of these blades in my set, maybe I see if I can get one into shaveready condition. Don't hold your breath though, I'm far behind testing.
Loading/unloading the blade is done in a nifty way: turning the knob on the base of the handle lowers the baseplate, thus releasing the blade for exchange. 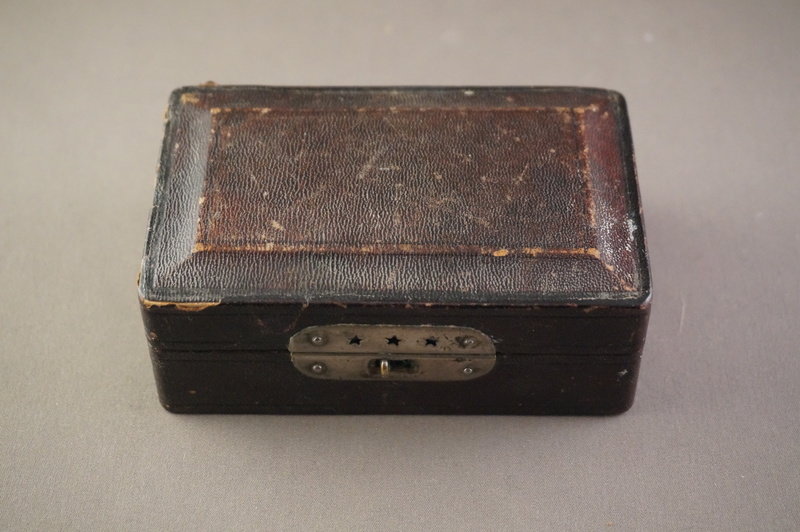 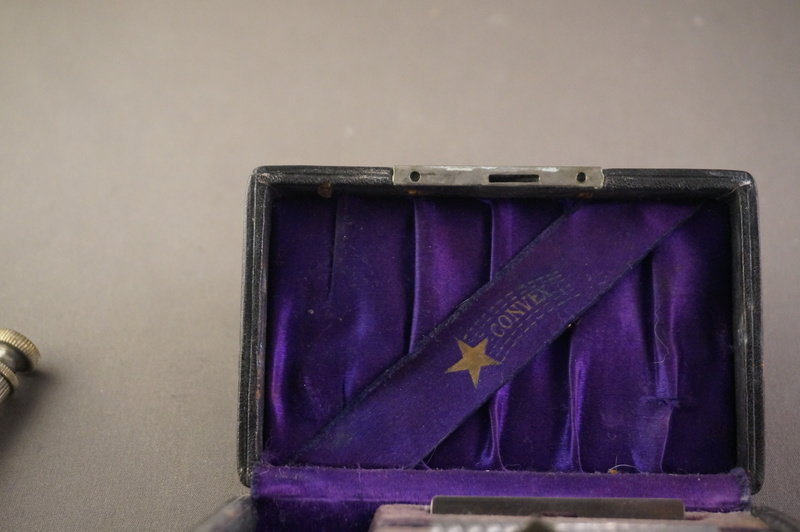 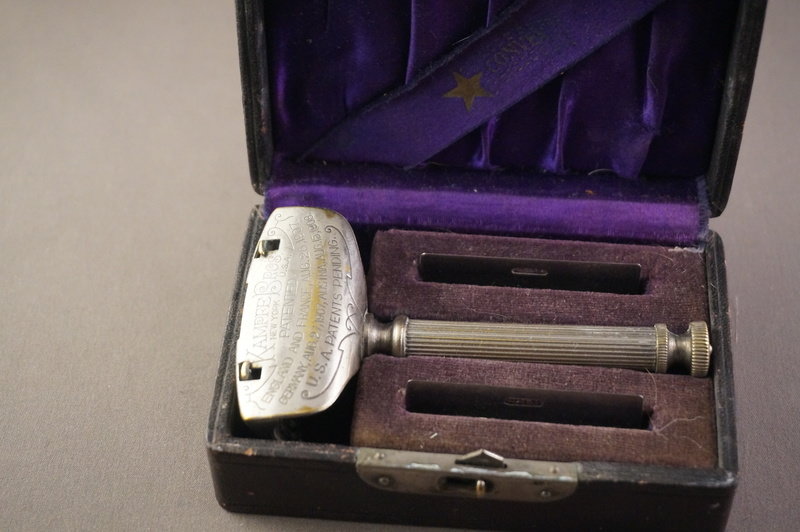 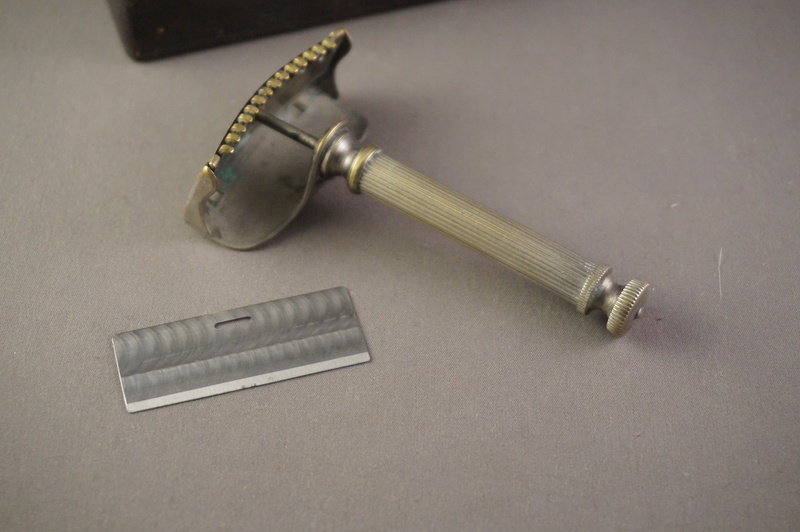 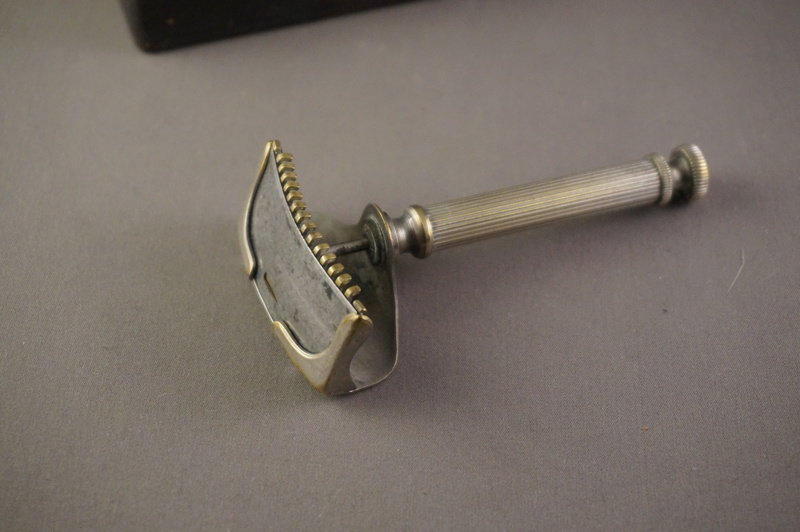 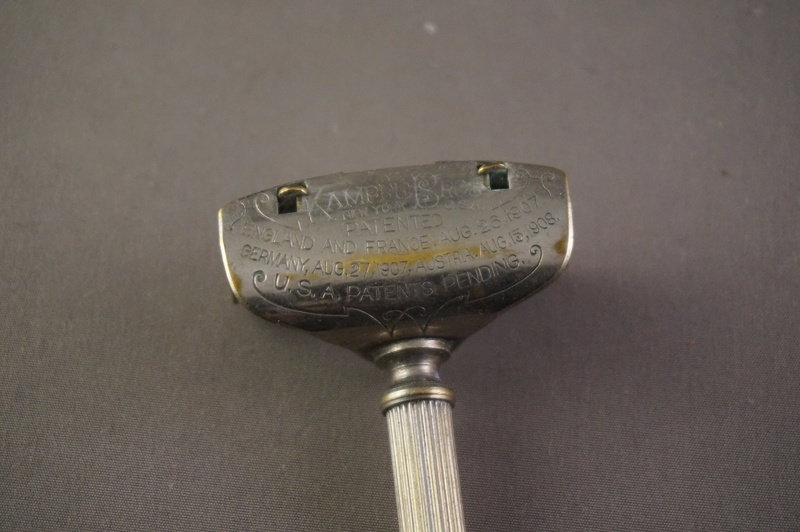 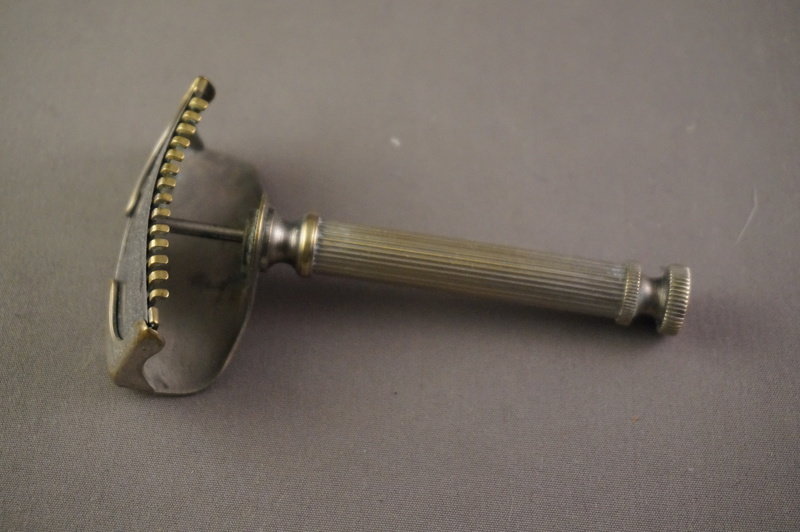 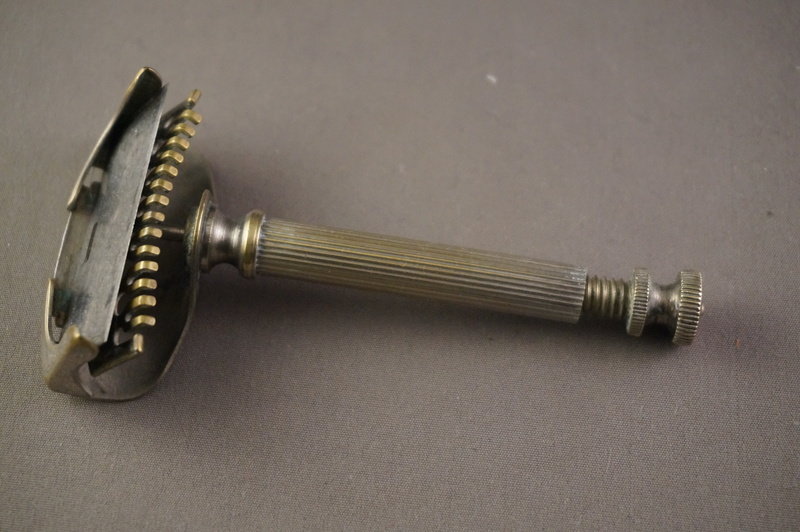 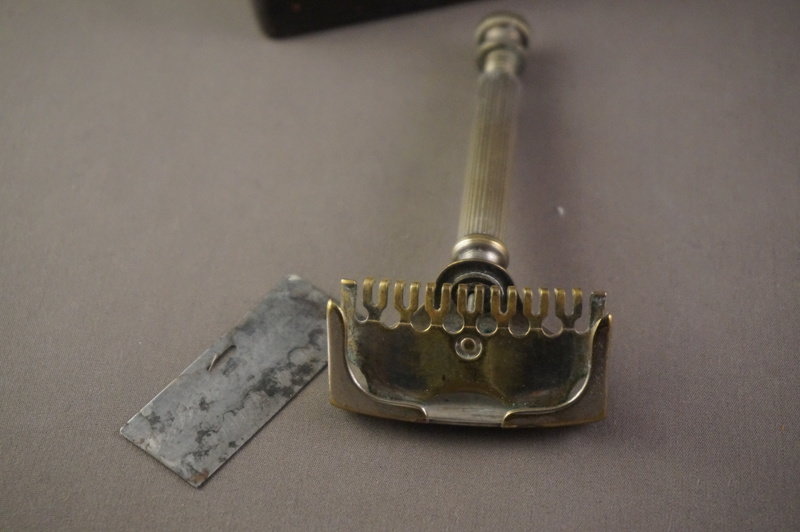