Well gents, it seems that no thread exists yet on these wonderful French razors from the 1930s. So here goes as I recently apprehended a couple of these.

The company
The Kirby, Beard & Co company was born all the way back in 1743 in London, according to this source:

The company originally made needles and pins, but some time after 1900 they fell into making DE razors also as well as expensive jewelry. Actually their razors alledgedly were manufactured by the famous French razor company Leresche.

Unfortunately the Kirby factories in London were bombed during WW II and the company never really recovered even if the company name seems to have continued for decades.

The razors
The Kirby, Beard & Co razors are somewhat rare today. Most of them are easily recognizable by their scalloped topcaps, and a number of them had really beautiful art deco style handles.

My two specimens are fine examples and very well preserved. They shave like other Leresches, mild, nice an efficient. The open comb is special as most (all?) Kirbys came with solid bars. The OC baseplate is non-marked Kirby and may well be a Leresche plate - theory is that customers could order their Kirbys with these baseplates if they so desired.

A wonderful, lengthy piece was written on B&B on the fascinating story of this company and their wonderful razors:

Very beautiful and rare razors. The only consolation to this all is that PAA cloned (loosely copied) the one on the right and called it the Prismatic. If the shave of the Prismatic is anywhere near the Kirby, the original must ave really be a great shaver.

Moderator
SU-Patron Gold
Found me a very nice Kirby with smooth cap, one original blade, celluloid blade banks and advertising insert. The blade banks and insert really give the set an extra dimension. 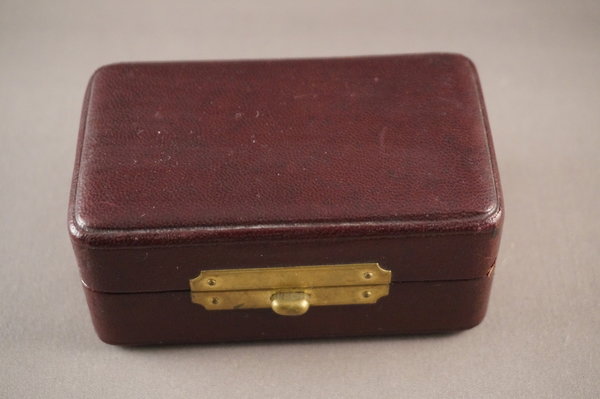 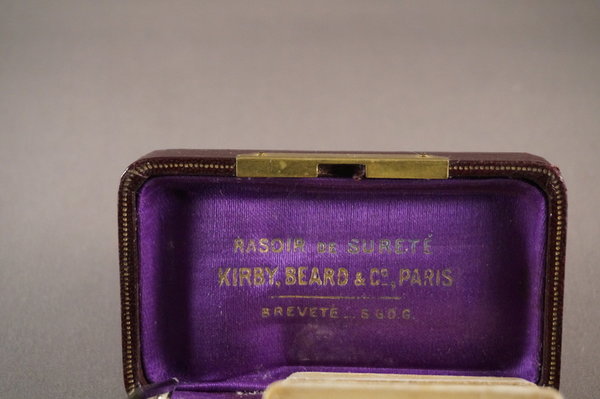 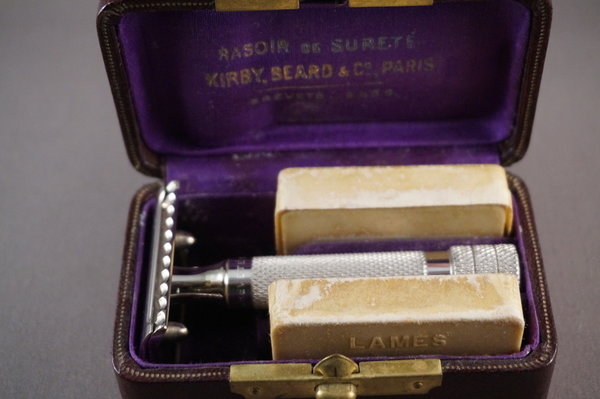 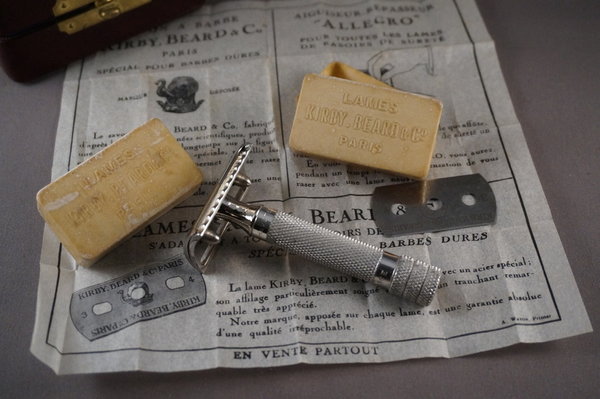 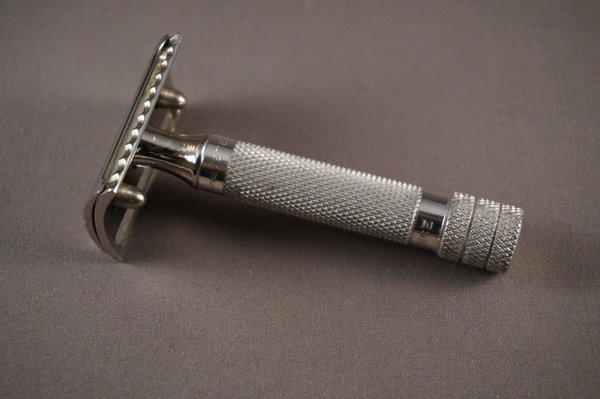 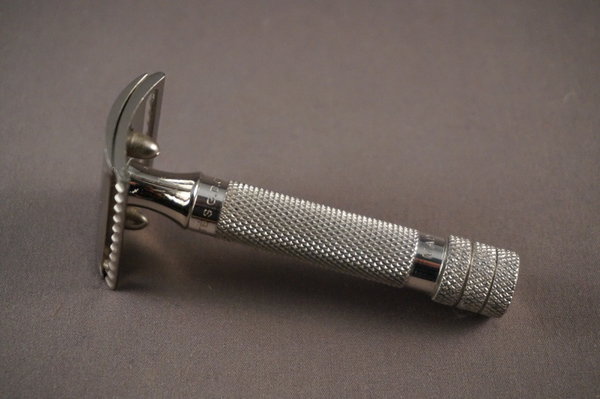 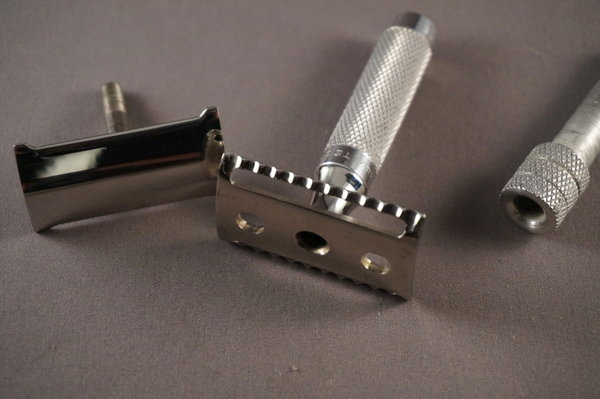 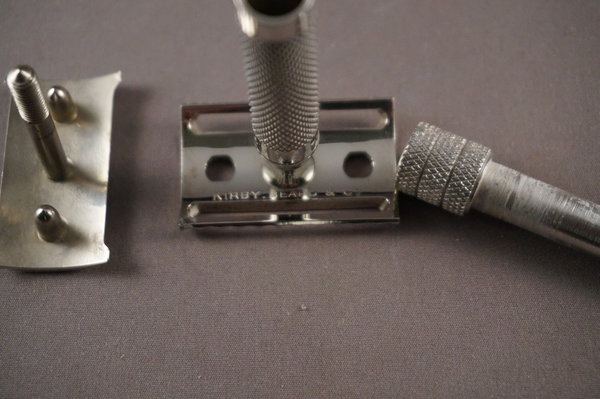 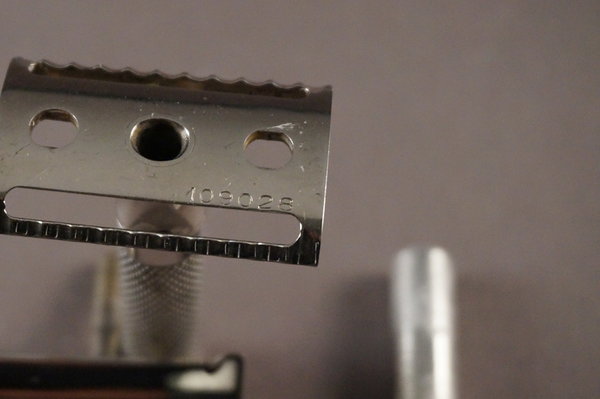 What an absolutely awesome set, Richard - sincere congrats on landing this!!!

I was not aware they came with a smooth cap.
E

I still have to show my kirby's. But I have found some advertisements. I made some screenshots of them. One of the advertisements shows the razor with the flat cap and the points in the corner to clamp the blade and prevent cuts. 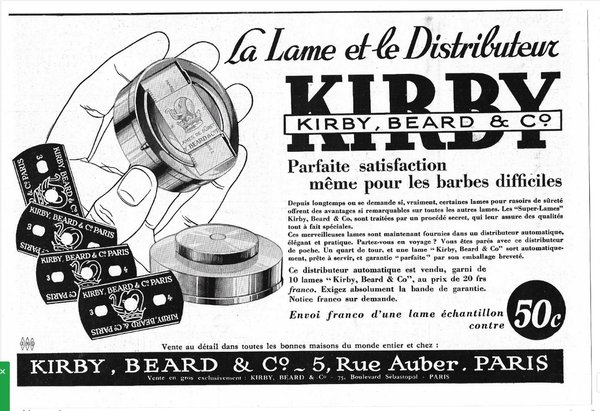 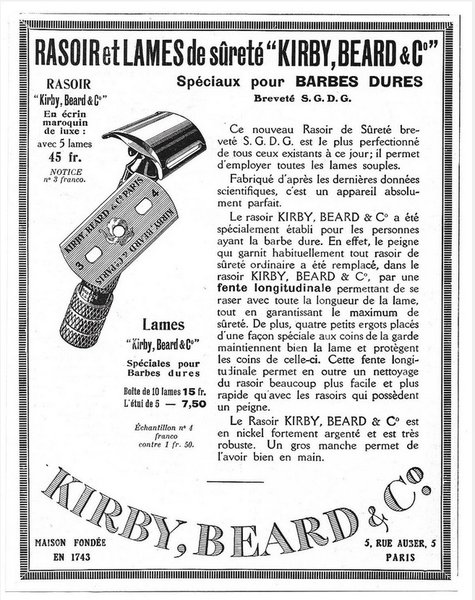 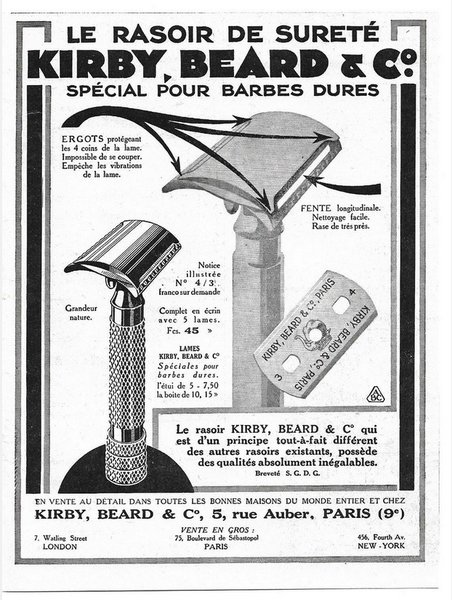 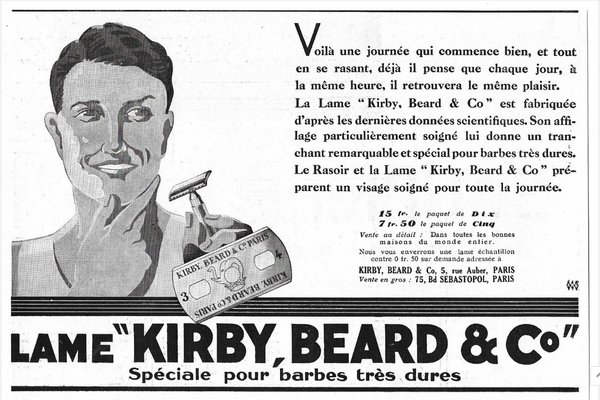 Here's my Kirby He arrived today.

Sometimes Ebay is really weird. This Kirby was discontinued 3 times, was not sold and I was wondering why the safety razor never had any observers either.
The seller only hired it for shipping to Germany and made a classic typo that I saw later.
The description did not speak of a Kirby Beard but of a Kirby Bread. So Kirby bread ;-) - No wonder nobody saw it.
Anyway ... the seller accepted my price proposal. Still not cheap, but still. Great condition and I'm satisfied. 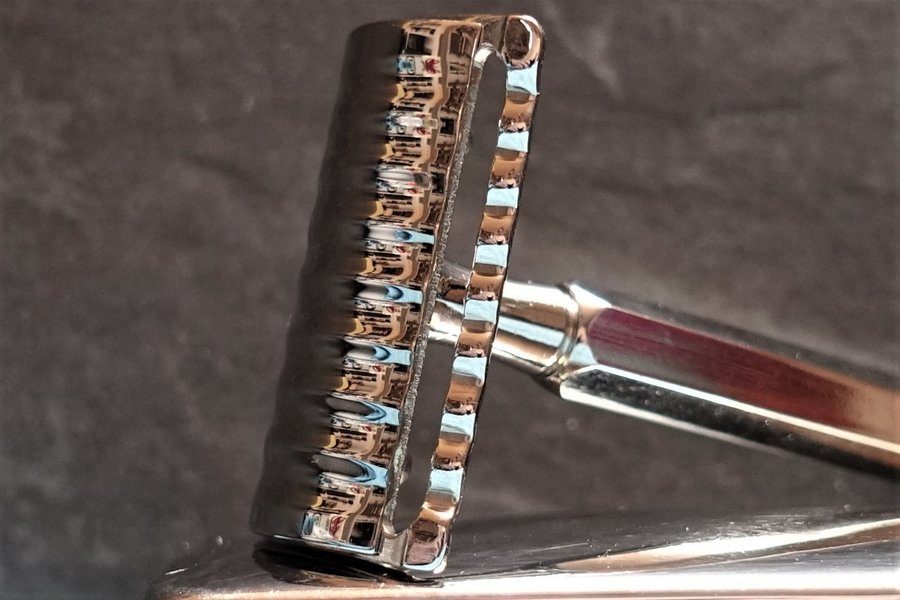 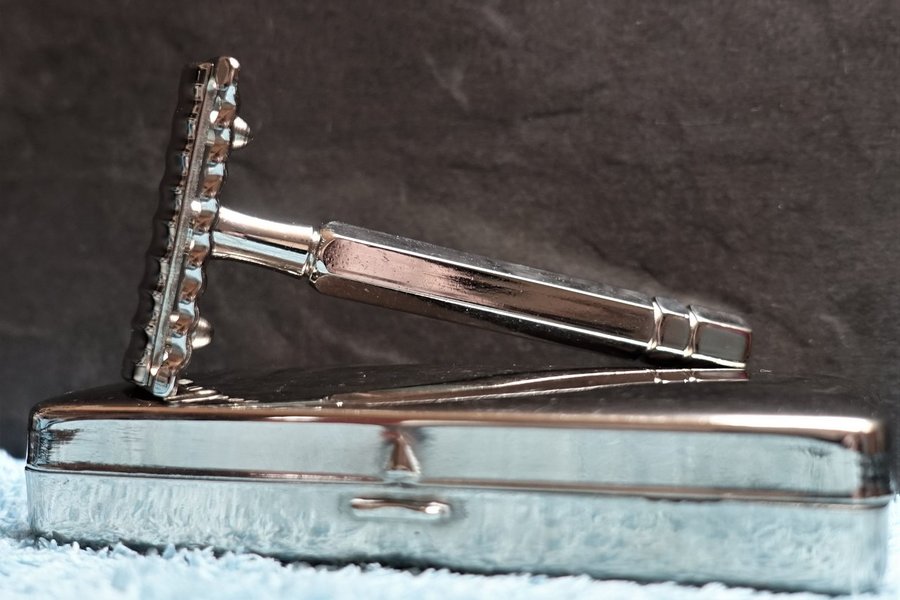 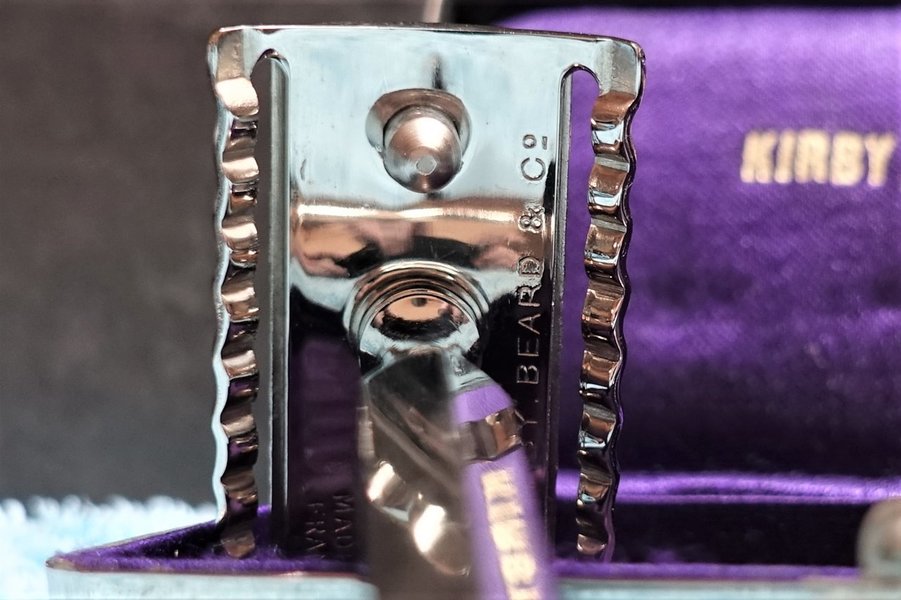 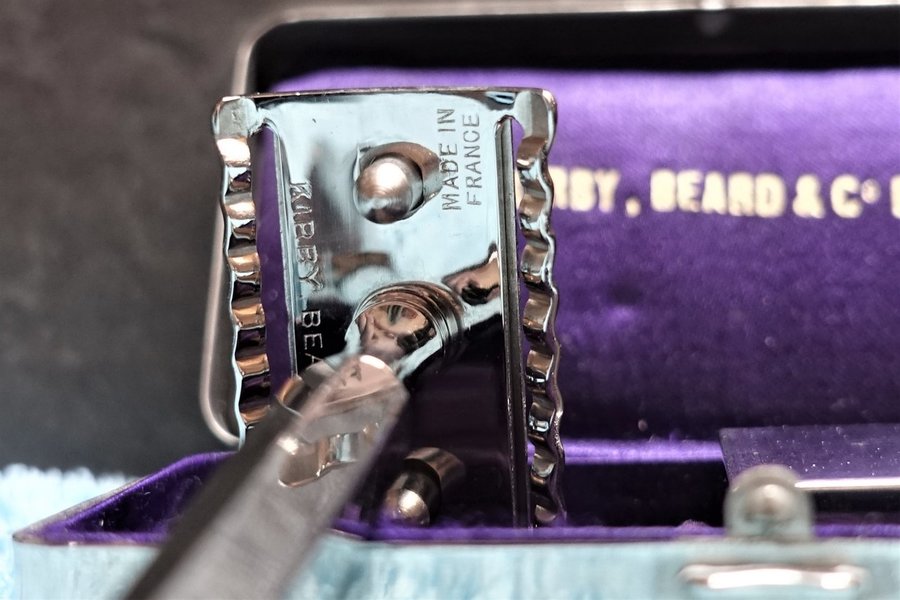 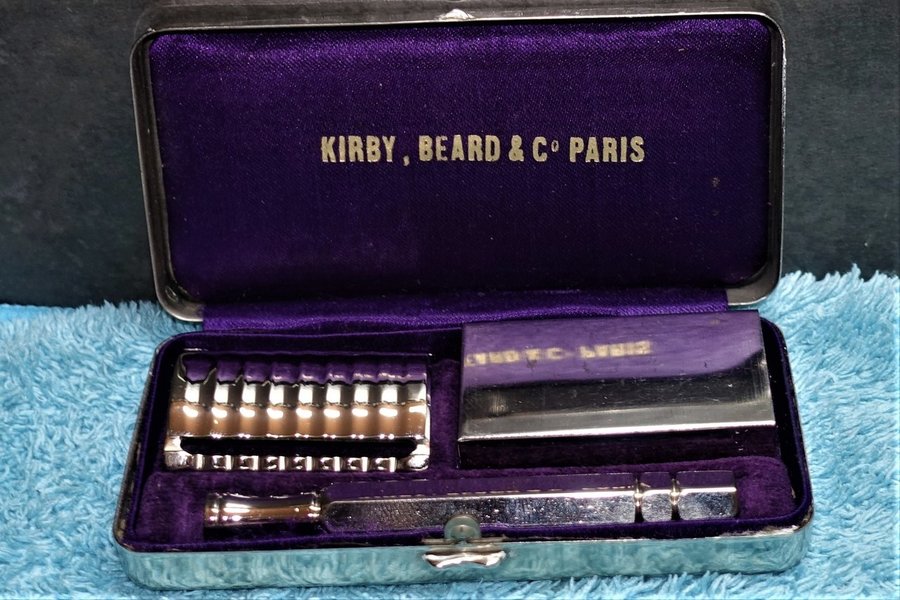 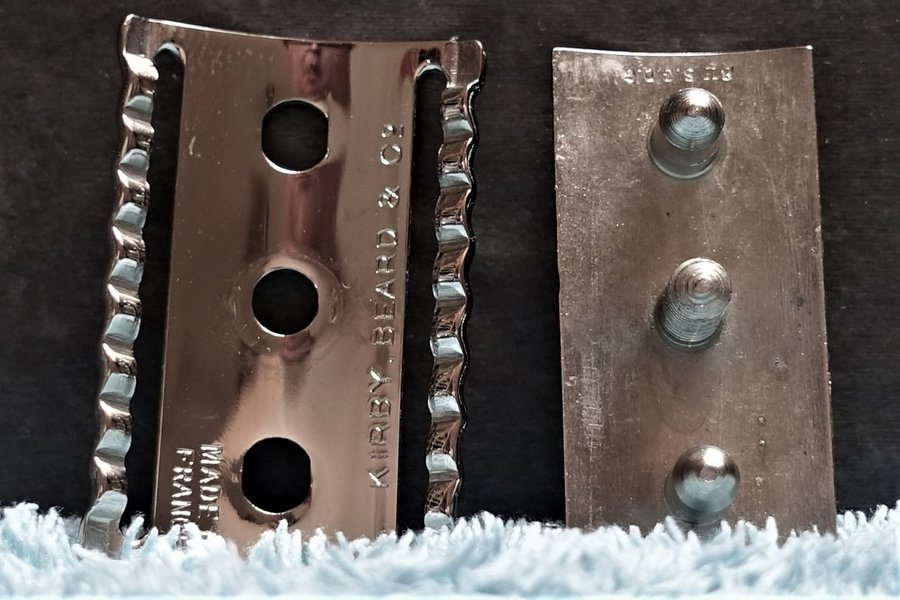 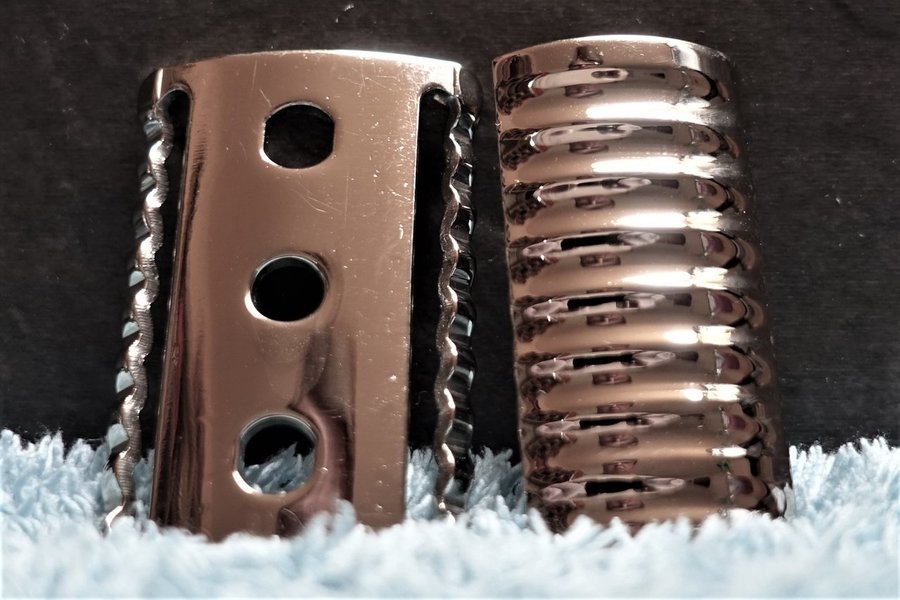 That is a gorgeous razor Thorsten, sincere congrats. My Kirby is currently en route to Australia to its new owner…

Thank you. I'm still missing one or the other safety razor.

I just sold a Mirabilia…

Someday, somewhere I'll get one