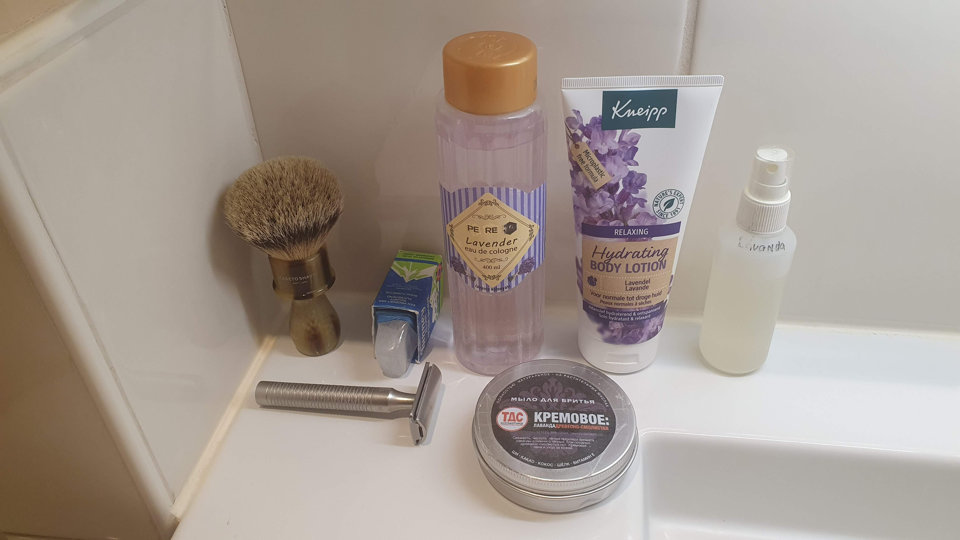 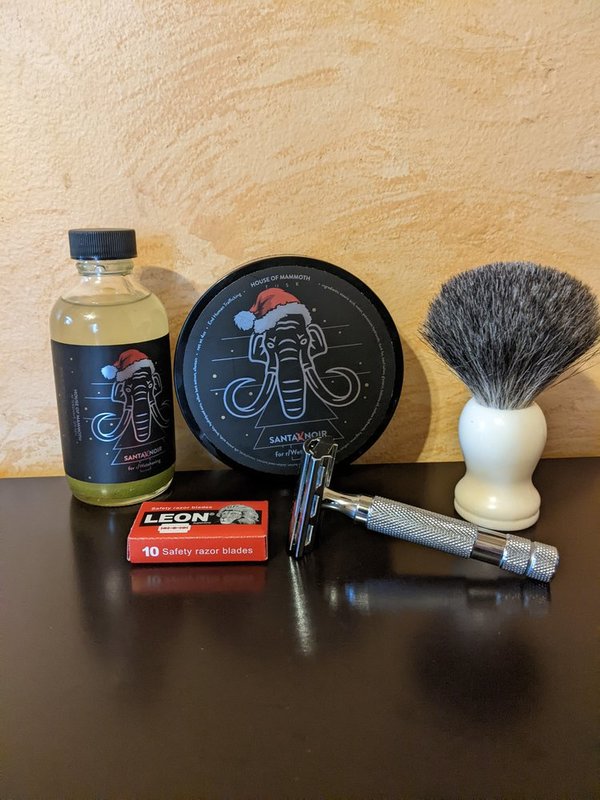 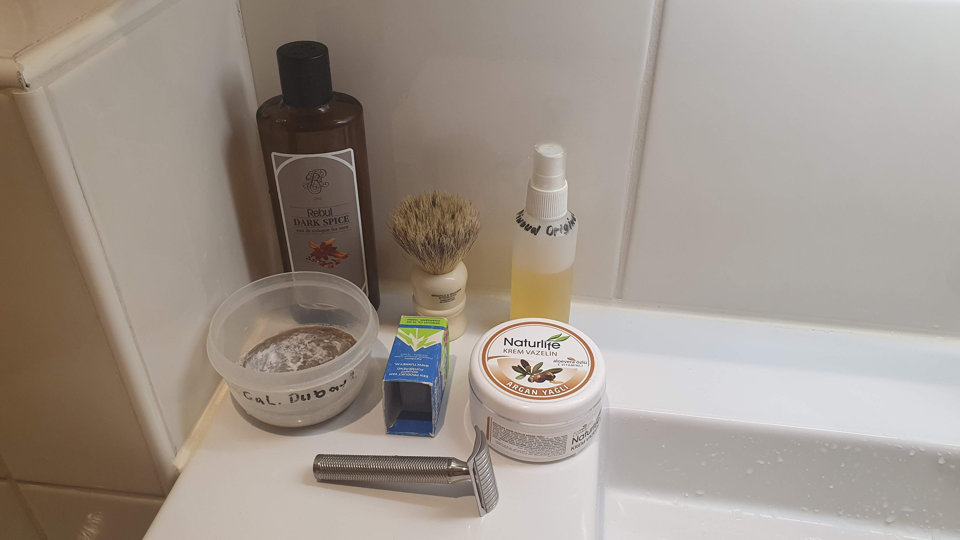 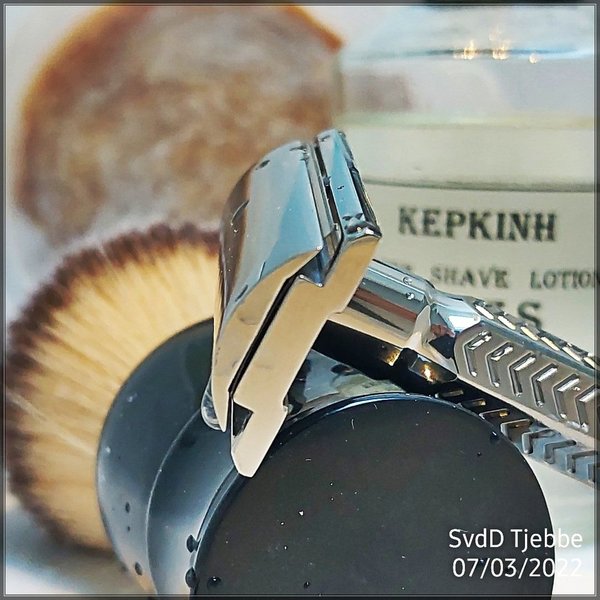 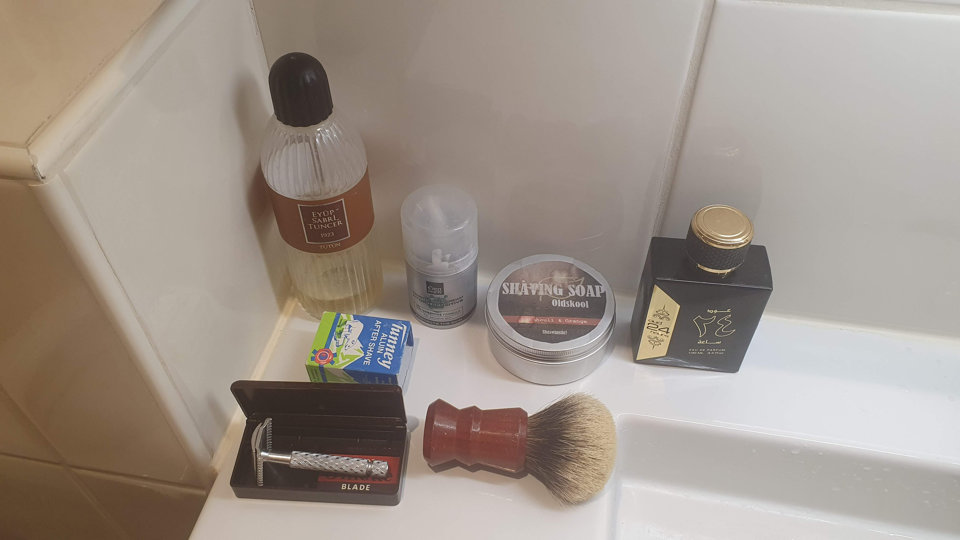 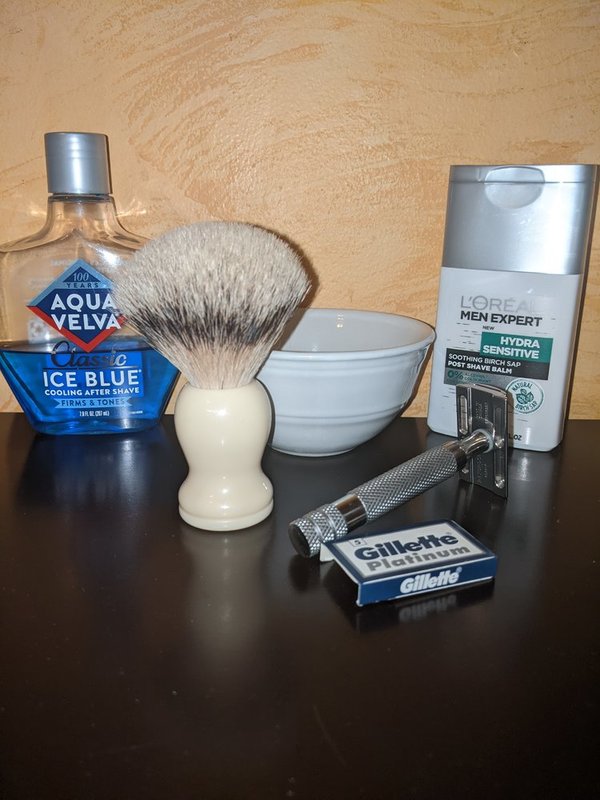 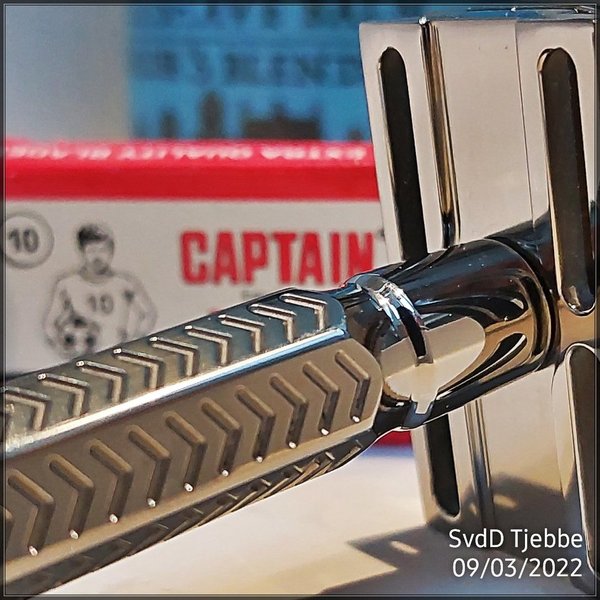 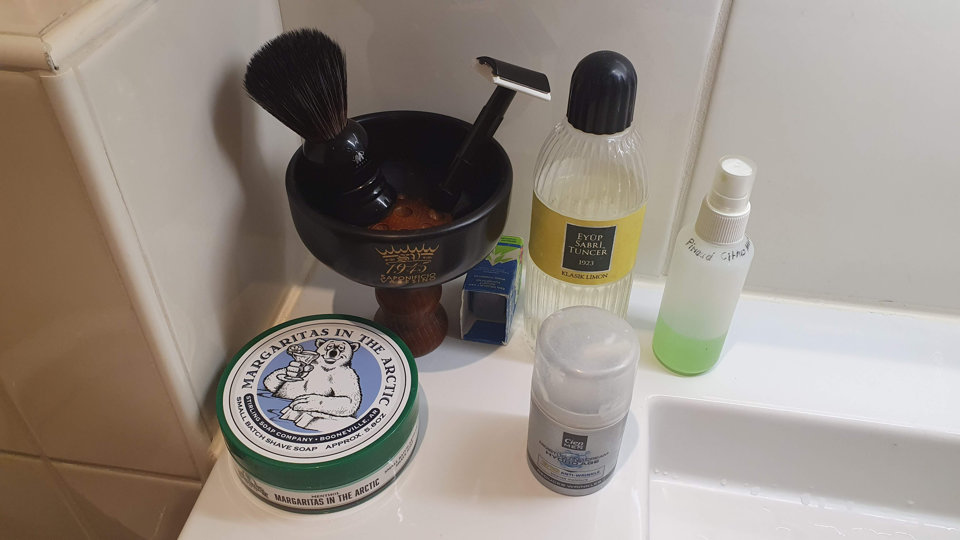 Brush and soap:
Mühle Black Fibre and Stirling Margaritas in the Arctic:
My worst badger, a real swab, was the Mühle Silvertip. Used it 120 times in over 10 years. 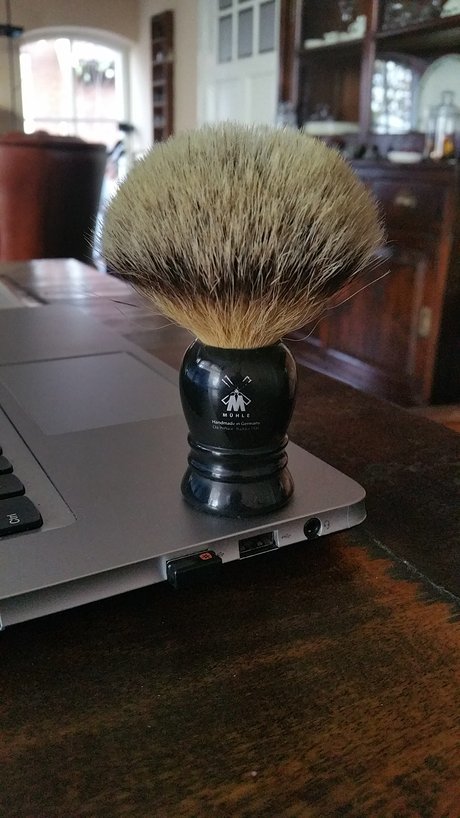 Since I still had a Black Fibre knot from Mühle lying around, the brush was converted into a Mühle Black Fibre yesterday. Just the quick method, boil the brush, remove the hairs, cool down, a firm drop of super glue in the handle, insert the bun, wait 5 minutes and you're done. Have done this before and is fine. Lathered up the Stirling Margaritas in the Arctic with this this morning and the brush is doing a great job again. Is a thin brush in a decent handle. Great for traveling with in the toiletry bag. Usable, but I have better synthetics. Well the lather was ok, easily a smooth layer on the skin.
Blade and razor:
Used the Voskhod for the 7th time.
The Voskhod again does a good job, but with 7x I am satisfied, so piggy bank. The featherweight combo Mulcuto Schrägschnitt (plastic) with the Voskhod is fine. Shaved nice and smooth.
Result: BBS.
Finally: citrus fresh finish with Eyüp Sabri Tuncer Kolonya Klasik Limon, Cien Men Hydro Age Q10 and Pinaud-Clubman Citrus Musk Eau de Cologne. I am satisfied again.
E 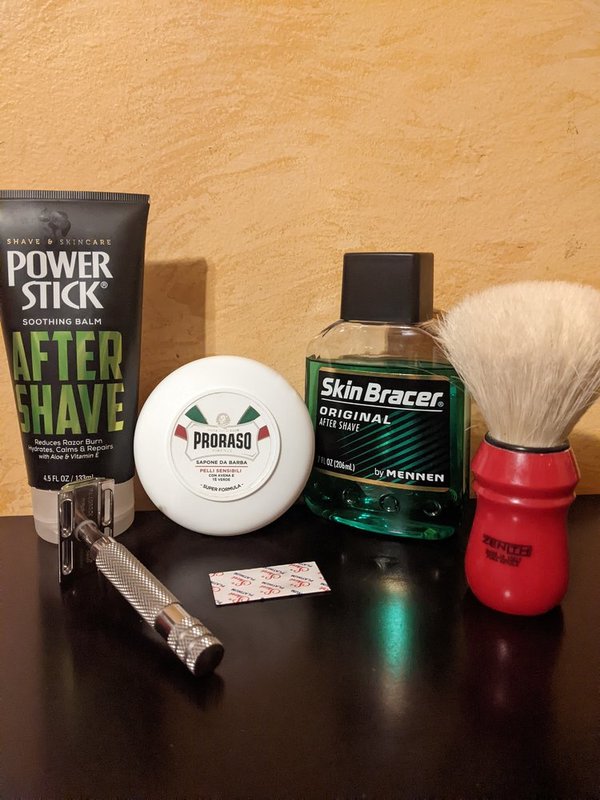