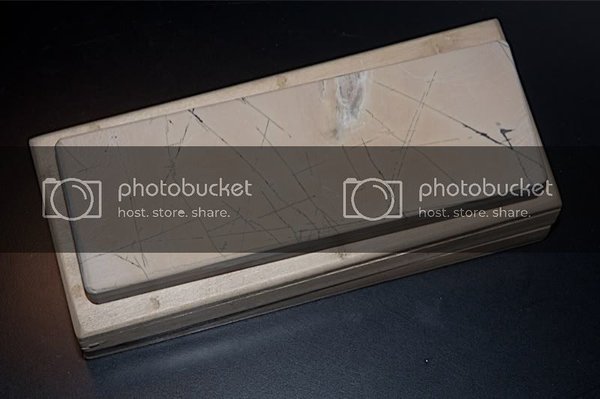 It looks like one but I'm not sure. ideas? 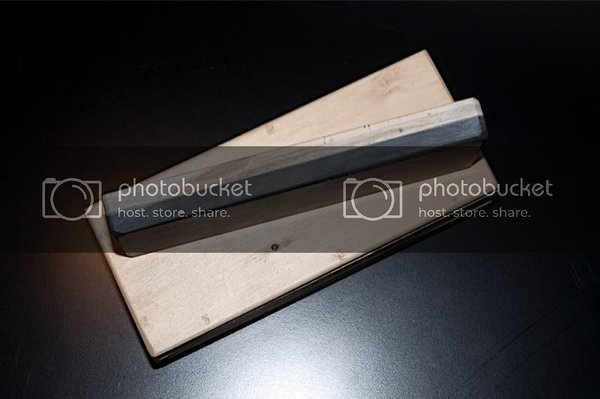 Seems more like a la Petite Blance. I am not sure.
Wishes
Emmanuel
M

than so much for taking the time. Now I will have to look up that coticule, I'm not familiar at all but I think I will get it either way.

I've only ever seen such high frequency of manganese hairlines on Les Latneuses and on La Dressante.

Based on the side view, I think, in this particular case, we're looking at a glued to slate Les Latneuses.
Please, Log in or Register to view URLs content!
.

Whatever it is, I'm almost sure that it's a blazing fast, very nice specimen you have there.

thank you very much Bart, when I saw you were online I hoped you would chime in. Les Lats is even better for my taste.
M 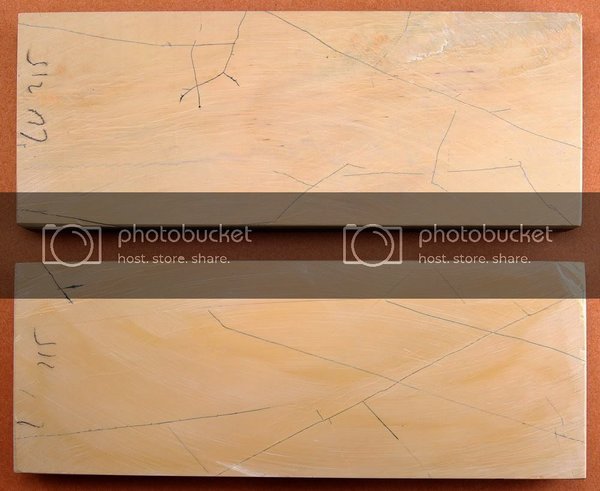 La Veinette is almost always a natural combo, because the layer is so thin that they can only cut one slice from it.
Only in the rare case that the Coticule separates from the blue stone and that blue stone is scattered, they'll glue it to slate.

That said, if you compare the side view of n°53 with yours, you'll see an almost striking resemblance.

We've had several confusing layer determinations lately. I don't know who wrote LV on that stone. Could have been someone at the SuperiorShave, or someone at Ardennes.
But regardless of who wrote those two letters "LV", and what he meant with them, I can only share what I think it is, based on what (little) I understand about the morphology of Coticules.
If I'm correct, you have a fast Coticule, that will provide a lot of tactile and auditive feedback while in use. The slurry should start to discolor almost immediately when you make halfstrokes, and the feel is that a a very fine, but quite present abrasion. That abrasion will not completely disappear as you progress to clear water, as it would on some other layers that turn "glassy" when working on water only.
There is a high chance that this Coticule is (relatively) fast on water. That means that you will see traces of black appear in the water after one set of halfstrokes starting on clear water.
That is the information I predict upon seeing this particular stone. What someone calls it, is not all that important.

I can see what you are saying Bart. I notice that on my thumb size Les lat bout. With water the slurry turns black very quickly and it is a very fast cutter. I am starting to understand what you all mean about fast versus slow as I work towards my 10,00 hours of honing )

I can't wait to get this stone or this one, which I couldnt resist as well. It says it's a deep rock coticule( the box anyway. I just love the look of it 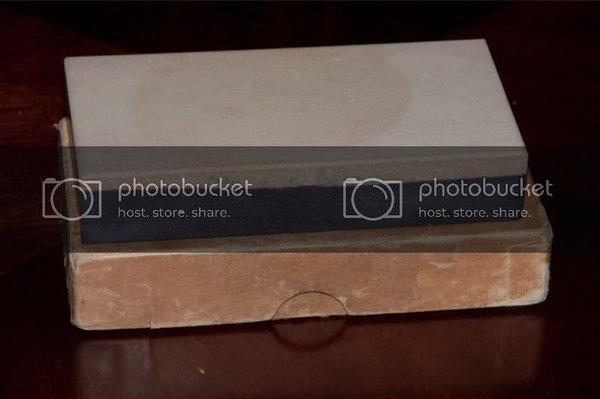 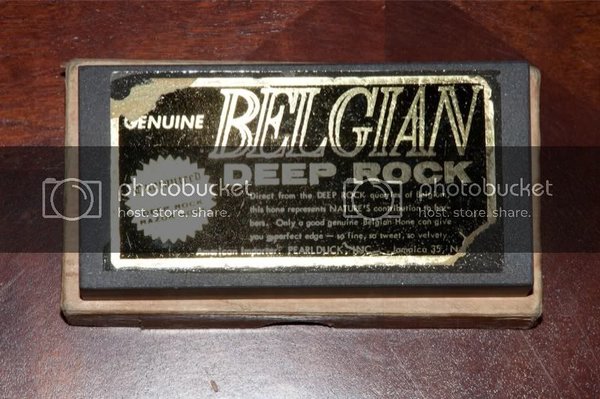 thanks for the help and I agree, how it works is much more important to know that what it is called.

I've not once scribbled any denotation of coticule breed on a stone; any such markings on our site came from some pencil @ Ardennes. I'll often scribble the # associated with the image file, but that's it.

Show that "LV" one above from the side image and you'll see it isn't like whatever's at the top of this thread when viewed from its side.

I don't worry so much about what the coticules layer is, but any time I've seen stones that look like above (it doesn't ring a bell but have seen a bunch that looked alike) and tested 'em they've always had extremely high minimum speed...and when they've also been marked w/ a vein as above, it has always been either Dressante or Les Lat.
B

This is a Les Lat glued to slate. I had this stone a while back and traded it. It is from the slower side of the hybrid layer and is quite hard and slow. It is a little faster on slurry if my memory is right.
You must log in or register to reply here.
Share:
Facebook Twitter Reddit Pinterest Tumblr WhatsApp Email Share Link
Menu
Log in
Register
Install the app
Top