Classic Shaving developed the original Occam's Razor as part of a Kickstarter Campaign. This razor took many design elements from the OneBlade, such as the flat handle and the blade where you push in from the back of the head. Unlike the OneBlade, the head did not pivot and the blade used was the Feather AC blade. They also decided to make the blade float like the OneBlade, however this did not work well (IMHO) because the Feather AC blade was meant to be rigid while shaving and it gave a gentle shave, but not a very close or efficient one. Shortly after that, another Kickstarter campaign was started for the improved version called the OREN, which had a shorter guard making the shave closer, but still had the floating blade design. These two versions did not stay in my collection very long.

Their two latest versions is the Enoch and the Hiram. For those wondering where the names come from, it is the names of the owner's sons. He has one more son and so I guess he can design only one more Feathr AC razor.

So the Hiram is essentially the SOS of the original razor but with a fancy looking handle in the shape of a cobra, which to me is kind of like putting lipstick on a pig. The Enoch, however was a very interesting design and when I pre ordered it, it appeared to take design elements from the no longer produced Asylum RX razor, which was my favorite Feather AC safety razor even up to the point where I traded it for a Vector.

The razor arrived late yesterday after I already shaved and so my first shave was tonight. The head design was a tongue and groove design very similar to the RX, and like the RX, I am able to clean the head and change the blade without totally unscrewing the handle. It also rigidly supported the blade, and so I was happy about that. The only thing I found odd was that the handle would not fit any other razor, but the head could take other handles, which to me was the main thing because the handle did feel too skinny for my preference. 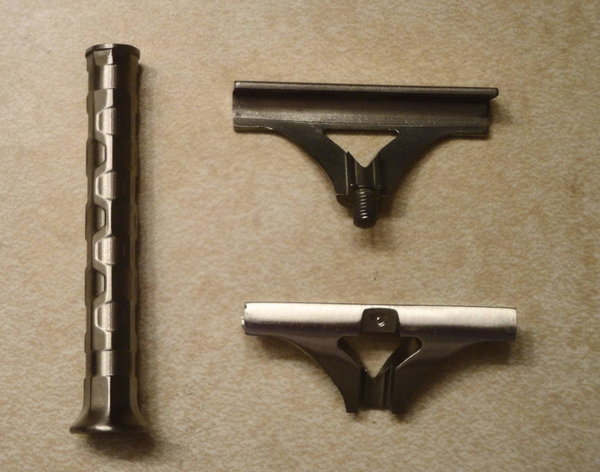 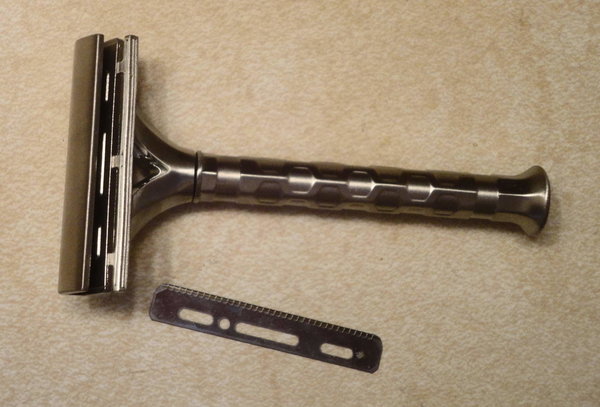 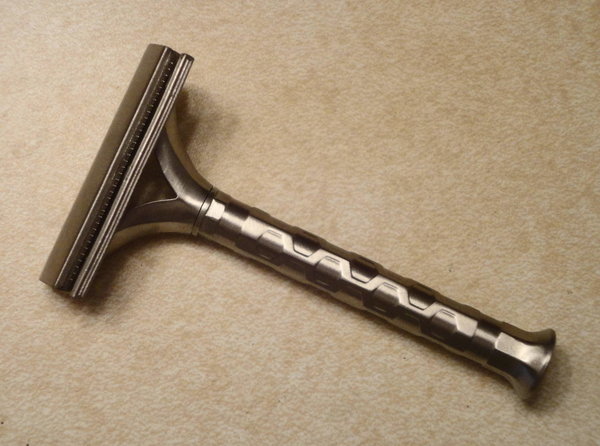 The handle resembled a cross between a honey comb and a Mulcuto railroad spike handle. Yes, the razor does stand by itself. Fit and finish was not the best, however these were rushed out the door after a six month wait and so I was not going to complain at this point. The last time I complained, I ended up without a Diamondback top cap for a month (and still don't know when it will arrive back).

For tonight's shave, I loaded a partially used Kai Protouch. I found out after the first WTG stroke that the Enoch prefers riding the guard and not the cap and so once I adjusted to that, the WTG pass went very well. It did not clear out as much as I was expecting, but I went ahead with the ATG pass and found out immediately that the Enoch prefers going ATG. After two passes, there was very minimal touch up. This exceeded the performance of what I remembered the RX doing, and came very close to the King Cobra. I can see where a shave off between the Enoch and King Cobra will happen soon.

After my first shave, I am very impressed with this razor.