The Razorock Hawk series have been around for a while now. It was introduced around the time when there was a proliferation of the Feather AC safety razors. The original Hawk has a beveled head much like the original Mongoose and was made of machined aluminum. this, the Ikon El Jefe, and the original Colonial General competed in the low cost Feather AC safety razor market. There was a v.2 version of the Hawk with a domed cap that resembled closer to the Ikon and Colonial General designs, and that is still available. Bowing to the desires of the shaving community which believes that stainless steel and titanium are the only metals worth of making a quality razor out of, RR introduced the v.3 stainless steel Hawk.

I received mine today after being lost in limbo between Canada and the US for over two weeks. I have to say that the Hawk surprised me because the pics of it makes it look more streamlined than it turned out to be. This is an oversized, overweight, unbalanced brute of a razor. It reminded me of that Windrose IDF clone that could be used as a carpenter's finishing hammer. 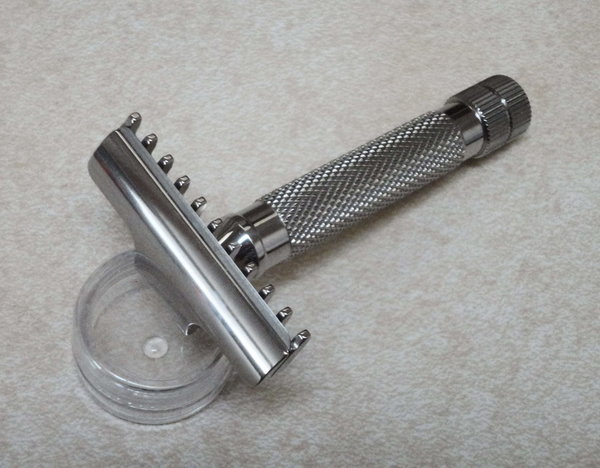 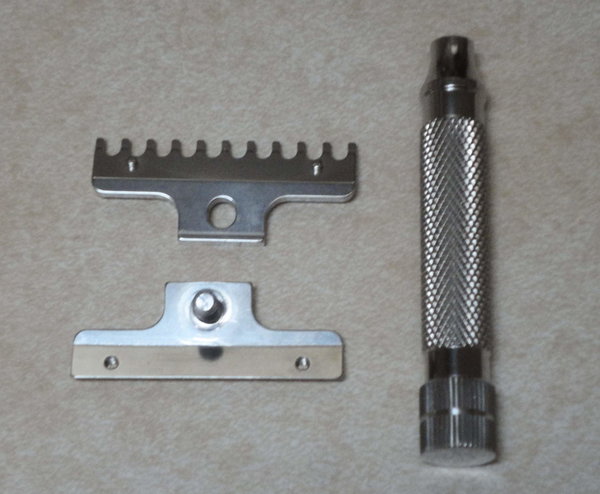 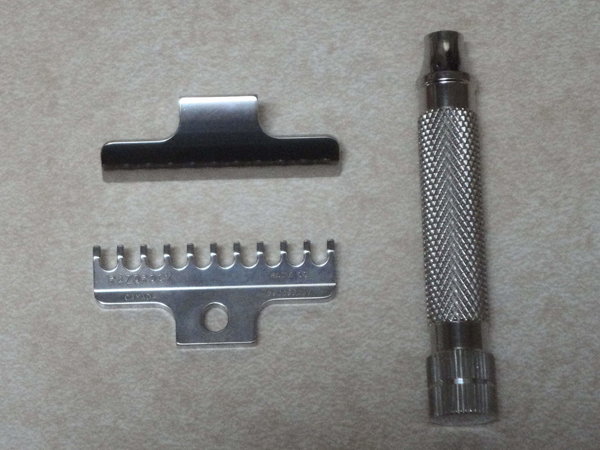 This goes counter to the latest designs like the Occam's Enoch or the Blackland Vector: 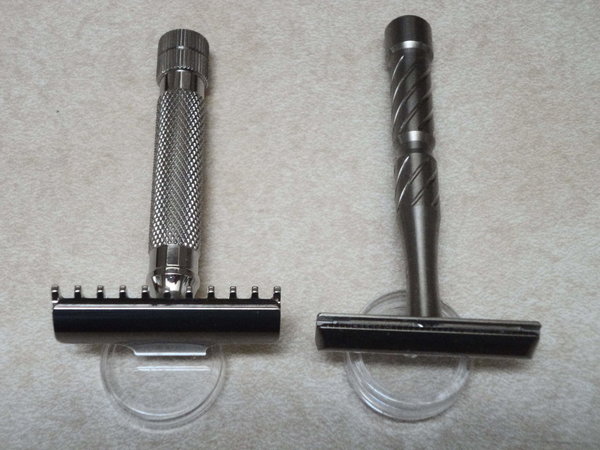 The teeth are spread far apart and so I guess I could use this as a garden rake in between shaves. The interesting part is that the guide pins for the blade is on the base plate similar to the Mamba/GC design, while the aluminum version has the pins on the cap.

First shave was tonight and I was not really looking forward to it. Once I started with my WTG pass, I found that the blade feel was significant, however it was not to the point of being uncomfortable once the right angle is found. The head maneuvered well across my face, and ATG pass went very well. Because of the weight of the razor, I was able to let the weight do most of the shaving and I just guided it along. I ended up with a two pass with minimal touch up BBS. The v.3 Hawk does come with three different base plates - Regular, Aggressive, and OC. Right now they are just selling complete razors. I think when it becomes available, I might buy the regular base plate and use the OC plate strictly in my garden beds.
E

@gvw755 thank you for writing this extensieve review. I have the aluminium v2. I have not shaves often with it. I put a ss handle it to increase weight.

I once used it with a feather professional. The first times they felt really sharp and smoothed out after a few shaves. The second blade was the schick p-30. That was smoother from the start.

After three months of finding myself not shaving with the garden rake as much as my other Feather AC razors, I finally cut my losses and sold it and immediately bought a new cap and regular base plate. Actually I bought the new head before selling the garden rake, but still ends up where I have just one Hawk v.3 razor and it is the regular base plate. I shaved with it the past two nights. The first night's shave seemed almost as rough as the OC version, however with some angle adjustment it did improve. The odd thing about this razor is that it is one of my few razors that shaves better going ATG instead of WTG. The shave experience was much improved over the original OC version, although this is not as smooth a shaver as the original aluminum Hawk (with a heavier handle). 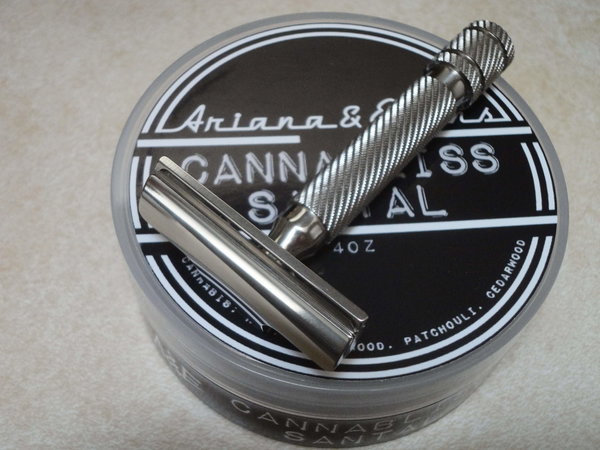