This interesting razor arrived this week after close to a 6 week journey. 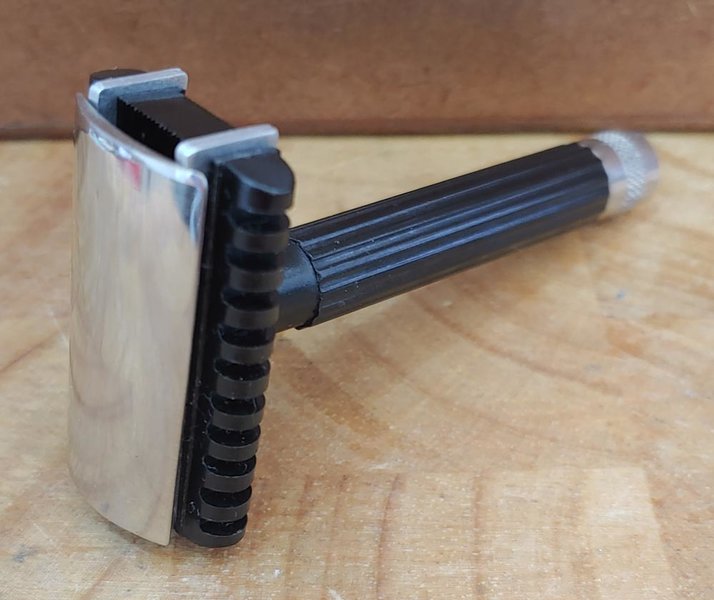 ​
There isn't too much info out there on it so feel free to chip in if I miss something out.
Made in France by F.N.L.R. S.A. 134 Faubourg Saint-Honore, Paris (per the instruction phamphlet). It's styling is very similar to that of a Bohin, so I am guessing its vintage at around late 30's early 40's.
It's mostly bakelite. The tin is completely made of pressed metal including the insert 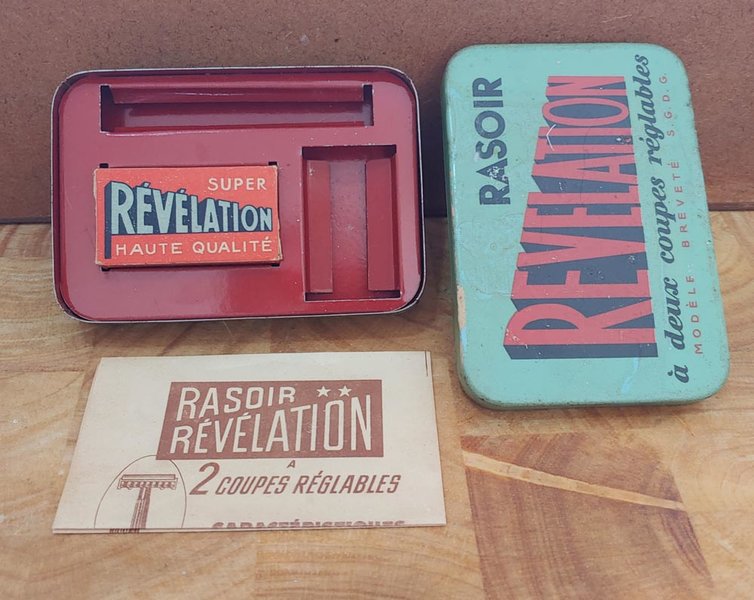 ​
Its a seriously interesting razor - Its actually two razors in one. The base plate is flipable, but with a difference.

​
If you use the one side it has two rails that are spring loaded. Loosening and tightening up the handle adjusts the blade gap. It has a line indicator on the handle but there are no corresponding indicator marks on the base plate so in order to get repeatability one would need to count the number of turns.

If you flip it over and use the other side, its a differential head razor with two different blade gaps and has:
BARBE DURE - Hard Beard
BARBE DOUCE - Soft Beard
to indicate which side is which. 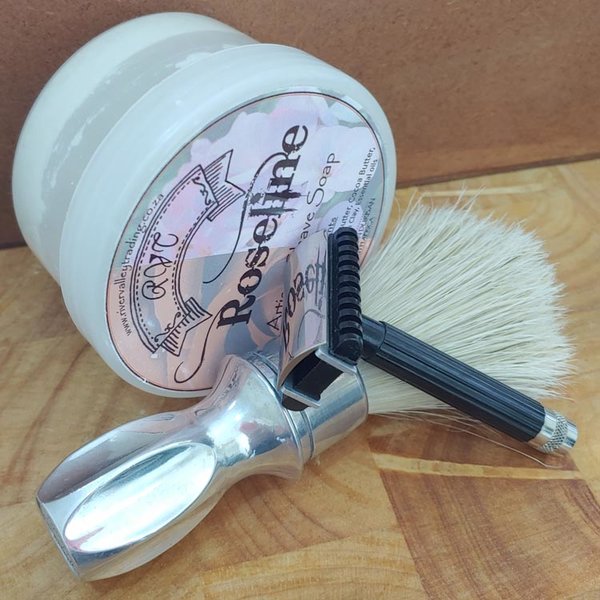 ​
The million dollar - How does it shave:
I used the "Adjustable" side
First off, I tend to favor heavier razors and probably needed to add more pressure then what I am used to doing.
Its a very mild shaver, I ended up opening it around two turns and still only ending up with a DFS

Moderator
SU-Patron Gold
Great introduction of this razor. Quite unique to see a combination of differential baseplate and adjustability.
The ultra lightweight razors I prefer, weighing 10-15 grams, perform perfect with no to light pressure. The only pressure needed is that to keep the razor against the face, no more.
Cheers!
Richard

Very interesting and gorgeous razor Claudio! Like a Bohin but with fancier mechanics... Thanks for sharing!
N 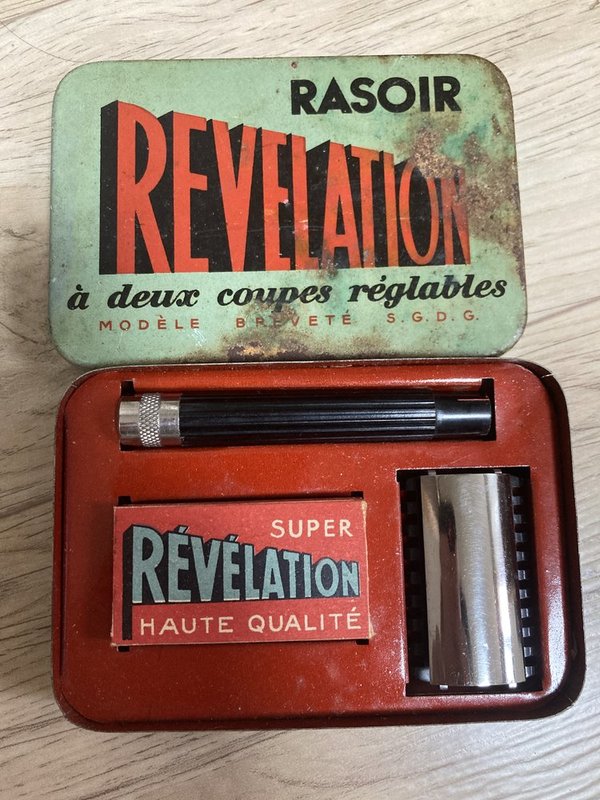 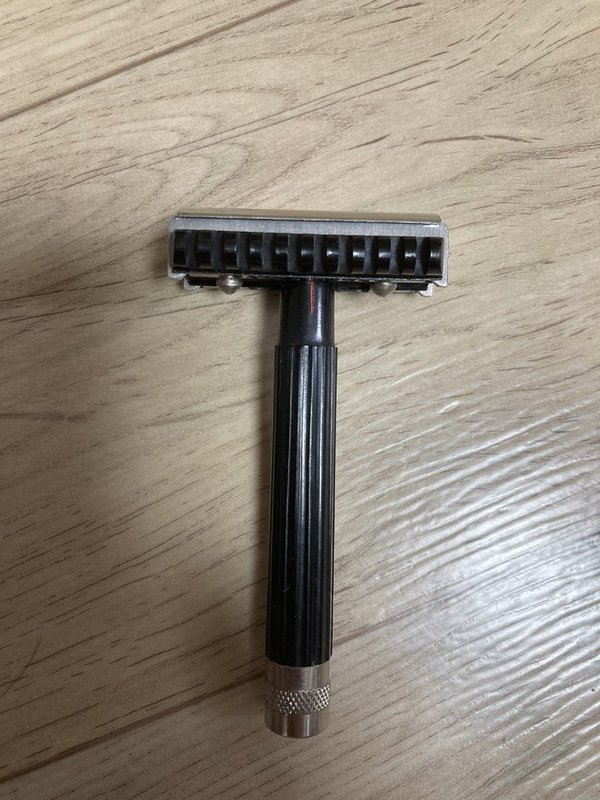 Grabbed one recently. It's a fine-looking razor indeed. 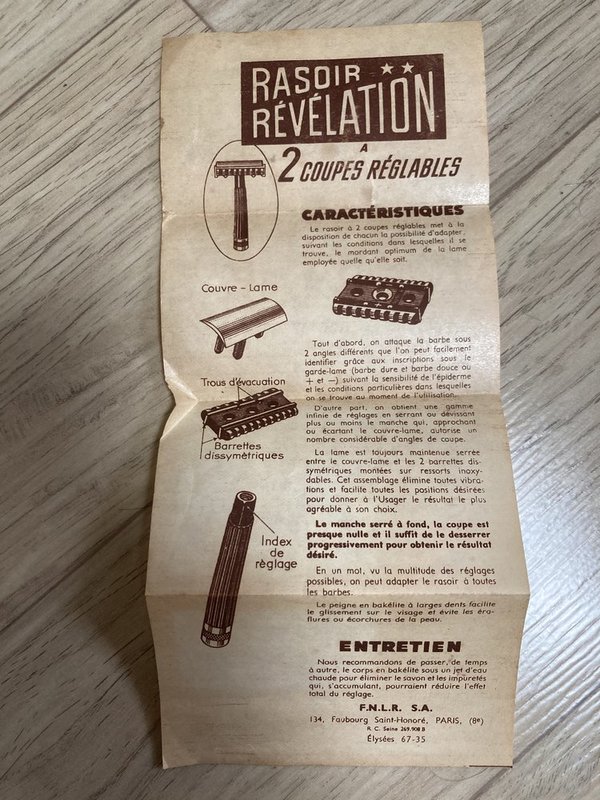 According to the manual included, there are no mentioning of flippable base plate. So I guess it is not intended by the producer. The 2 metal bar on the base plate is dissymmetrical so it gives differential aggressiveness itself. The letter Barbe Dure and Douce on the baseplate seem to indicate which bar is higher than the other.