Moderator
Even though the original slant-patent is British, I've yet to find a British slant following that patent. I did find a whole unique slanted concept, and that is the Shard.

The Shard razor is a British invented, British made razor with a
Please, Log in or Register to view URLs content!
, with one end wider than the other. This should cause an angled cut. In a way, this type head forces a Gilletteslide.
It also has a swiveling screw. Where, in some Punktal or Kabrand razors this is actually useful, I've no idea about the purpose here. The
Please, Log in or Register to view URLs content!
claims cheaper manufacturing, which is weird as you need more parts and more assembly, claims improvements with razors where the baseplate is connected to the handle, which is not the case here, and the head cannot be placed at a tilted position.

Hard to find any info on this razor. I've found adds in
Please, Log in or Register to view URLs content!
1933, last time I looked they were behind a paywall. Interesting of course that this British razor was marketed there and, as far as I know now, not anywhere else.

Two more interesting tidbits before the pics: This razor was produced in Denmark by Ginge, and a Mr Shard has a
Please, Log in or Register to view URLs content!
(dated 1931, nicely in between the patents for head (1928) and swivel (1932)) for a razor-blade-container. I've yet to link this Mr Shard with the Shard razor, but it seems to much of a coincidence if they weren't connected. 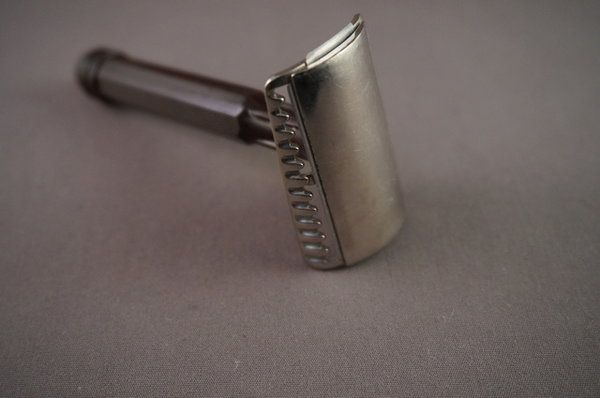 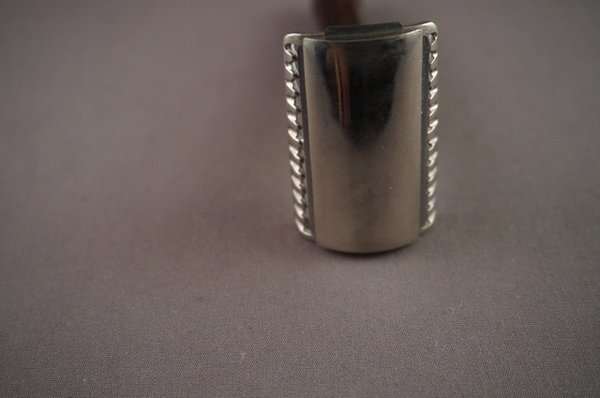 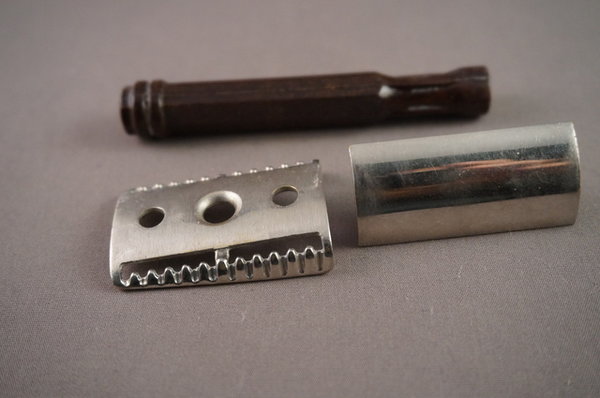 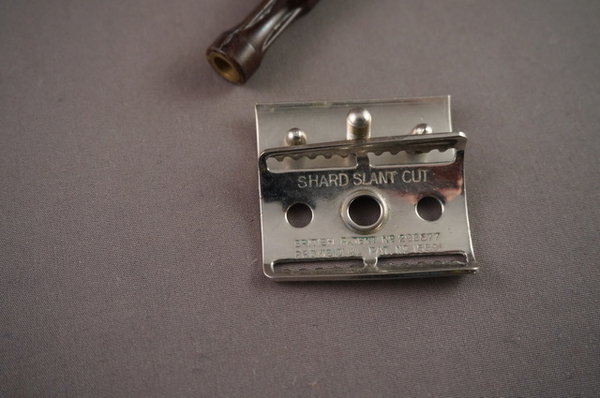 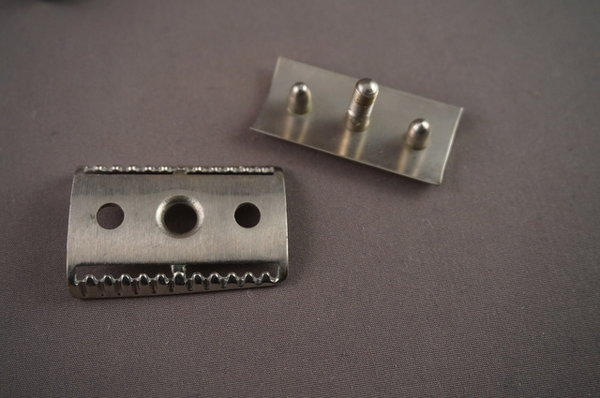 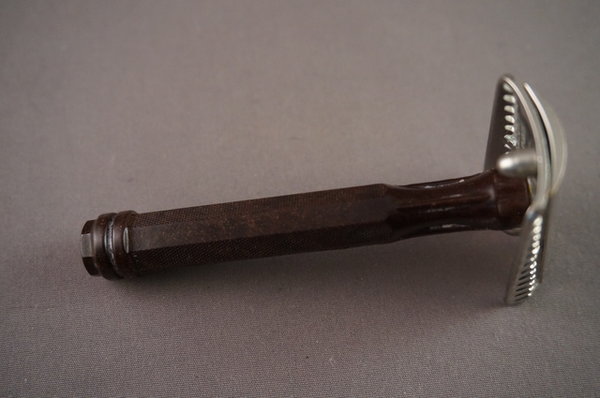 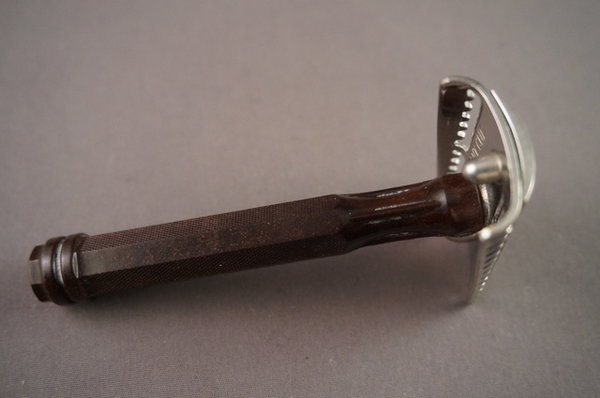 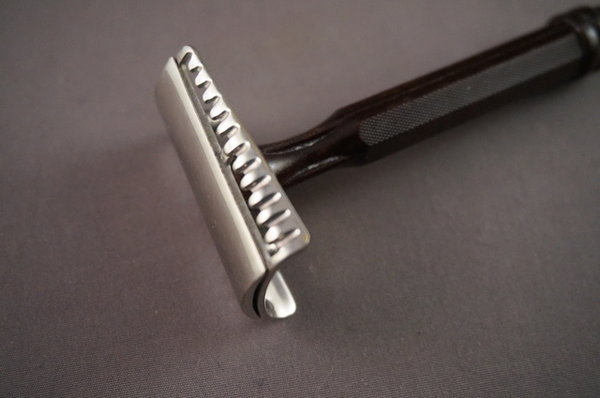 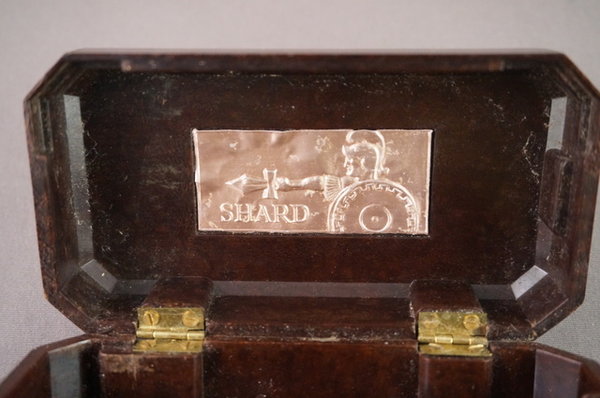 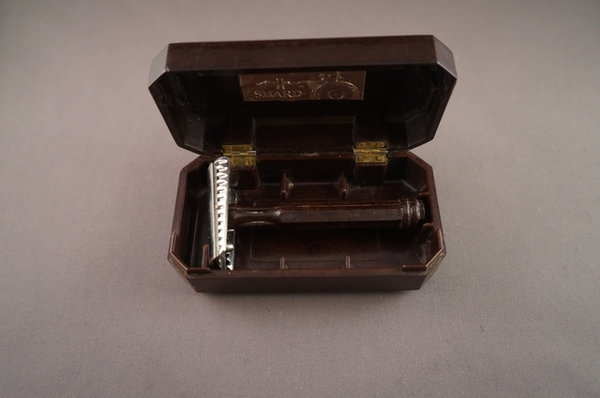 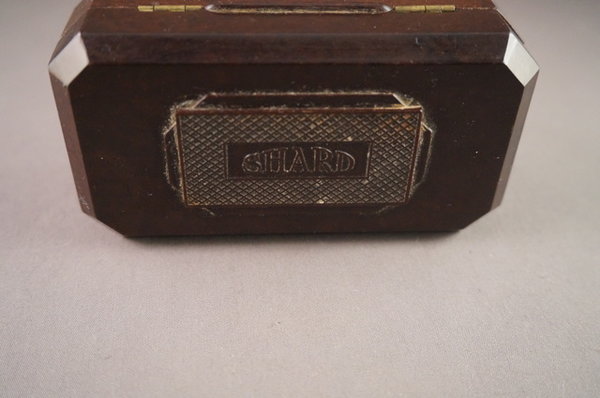 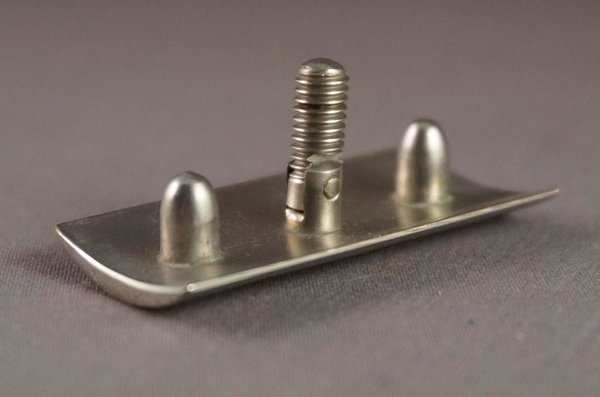 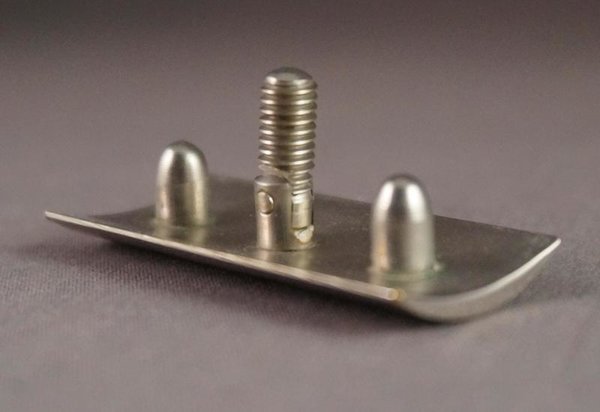 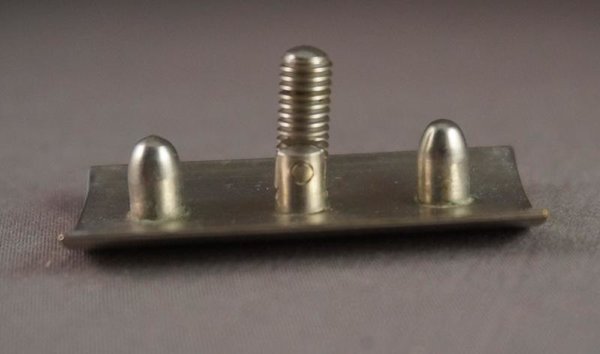 Interesting that the shape of the guard is uneven but on the same end. It would seem that one side of your face will always have one end of the guard and the other side, the other end. I still cannot figure out the hinged screw post. It is as if they had an idea to make a diagonal but changed their minds after they produced the caps.

Moderator
The hingepatent dates from four years after the patent detailing the shape of the head. So they did think it would add something, but what exactly ...
An’ I don’t need no safety razor, neither.

GREEN is the moderator in me
D

I can confirm Mr Charles Shard was the owner of the Shard Razor company, he was my grandfather. I have one of his DE razors in the same Bakelite box, with an unopened box blades.

I know very little about the company, but believe he was at Gillette (probably in the UK) prior to setting up the Shard Razor company. 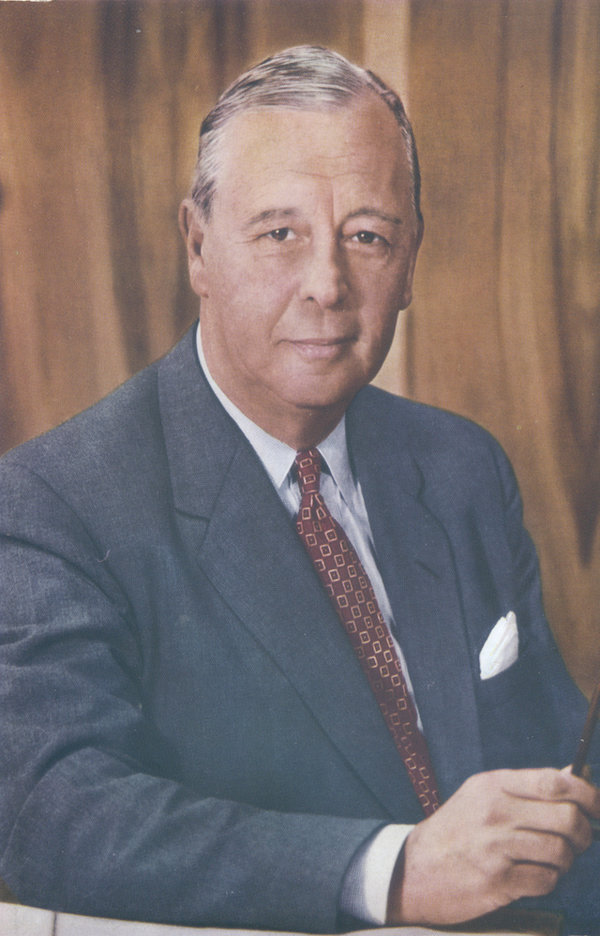 Moderator
Hi Matthew
Welcome and thanks for sharing!
An’ I don’t need no safety razor, neither.