This little oddity comes all the way from Sweden. Strivel is apparently a word-play. The first part of the word comes from the Swedish word for Strap which is "Strigel" and the second part comes from "Rakhyvel" which translated is razor - So "Strap Razor" OR "Honing Razor"

Its made of pressed metal and has "RostFritt Stal" stamped at the top of the handle. The handle is a rolled sheet metal cylinder covered with a diamond knurled hard plastic sleeve. Its a one piece razor that the top flips open. The blade tray has a spring arrangement to hold the blade in place.

It was patented in Sweden back in 1949

When you do find them they mostly are non-adjustable

This is it with its very cool and unique case. 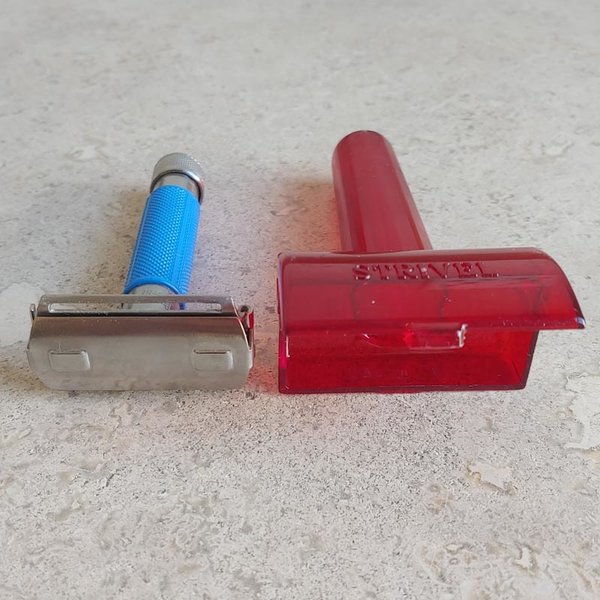 The top portion of the picture shows it open and ready to accept a blade. The "adjuster" plate is the thing that moves from side-to-side when you work the mechanism. The little tab on the right is the spring loaded arrangement referred to above. The bottom of the image shows the stropping mechanism extended open. 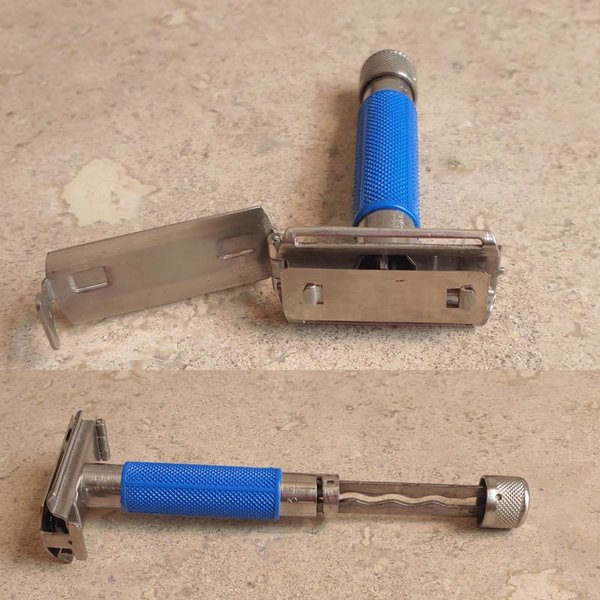 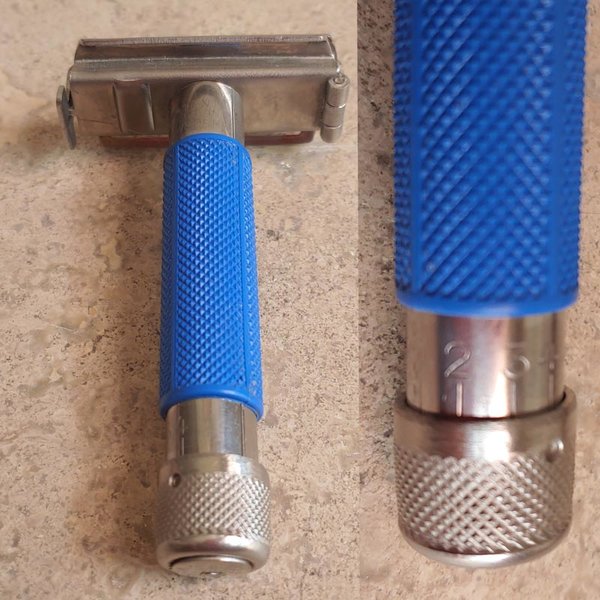 How does it shave
I've been expecting it so have kept a "old" blade aside just to test it.
Firstly, what does the stropping mechanism do - I don't believe very much.

Considering that it was a well used blade in the first place I found it to be a pretty decent shaver. I started it on 4 (low) and soon dialed it down to 2 (high). It was a bit tuggy but a 2pass gave me mostly a BBS but didn't completely mow down some spots. A third pass probably would have cleaned them up. Next drive will be with a new/newer blade.

What is unusual is that it sounded "tinny" for want of a better word, which I guess is a result of it been made of pressed metal. 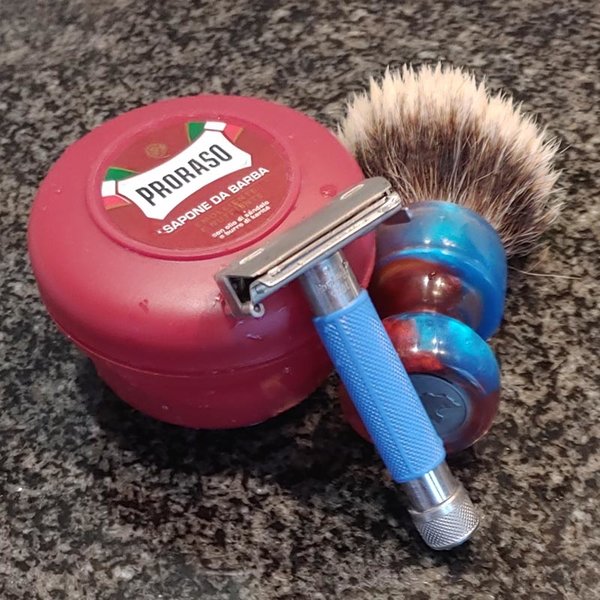 Finally a big thanks to @efsk for the logistics work on my behalf.
E