Being a very cheap person, I cannot pass up getting a cheap razor even when the postage cost as much or more than the razor itself. Such was the case with this interesting razor from Turkey called the Zazor. The razor is a double edge, however the handle continues from the side of the head instead of perpendicular as a regular razor. Many of you will say that is is not a new idea since the Razorine and Razorock Switch are of the same design. The Zazor, however was being sold at least 10 years previously. 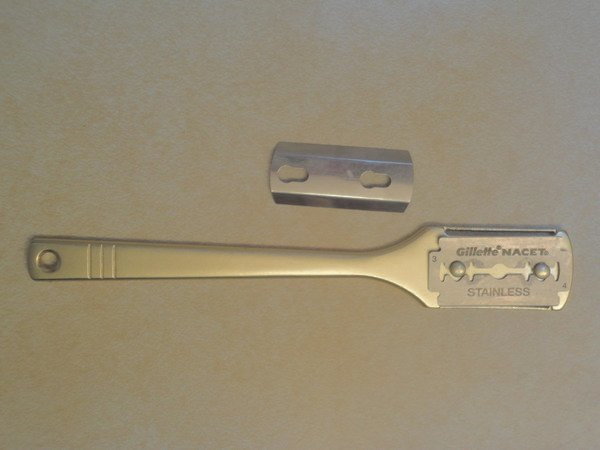 The cap just slides on to the alignment posts on the handle and the blade lies flat. The Japanese experimented with this design in the early 1960s, probably because they were so familiar with the kamisori designs, however they did not last for too long. 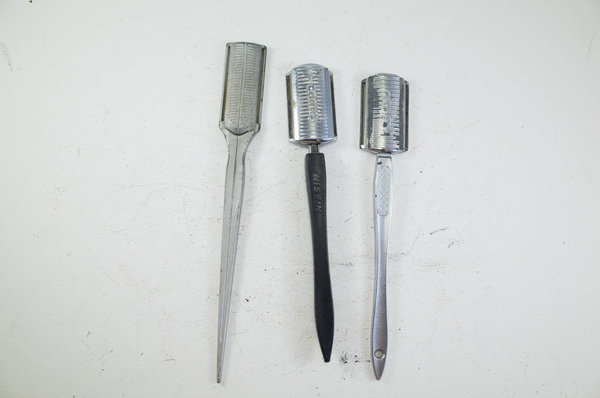 Shaving with the Zazor was definitely different, however familiar at the same time. I am very familiar with the kamisori style razors, and the Zazor felt like a kamisori with two edges. The beveled cap made it easy to find the proper angle. Definitely a razor to try out if you come across one. The price will set you back a Starbuck's Latte.
You must log in or register to reply here.
Share:
Facebook Twitter Reddit Pinterest Tumblr WhatsApp Email Share Link
Menu
Log in
Register
Install the app
Top