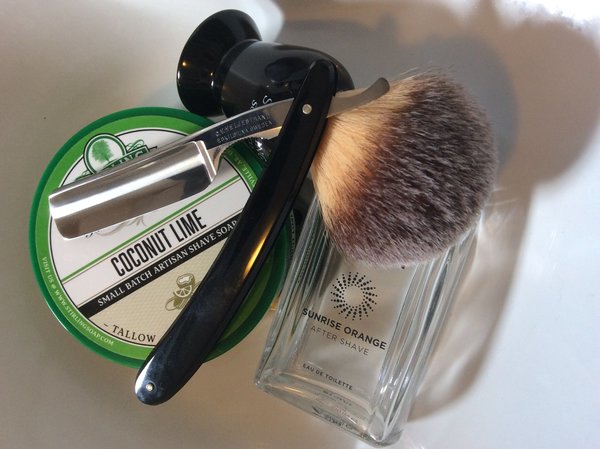 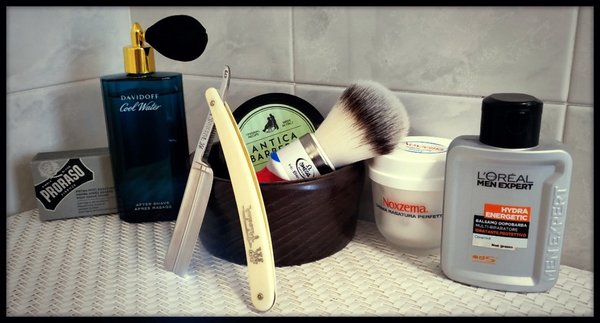 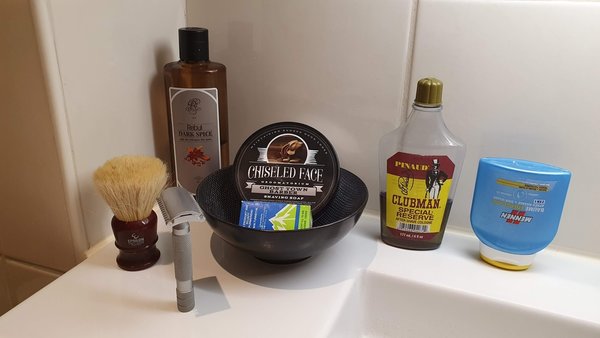 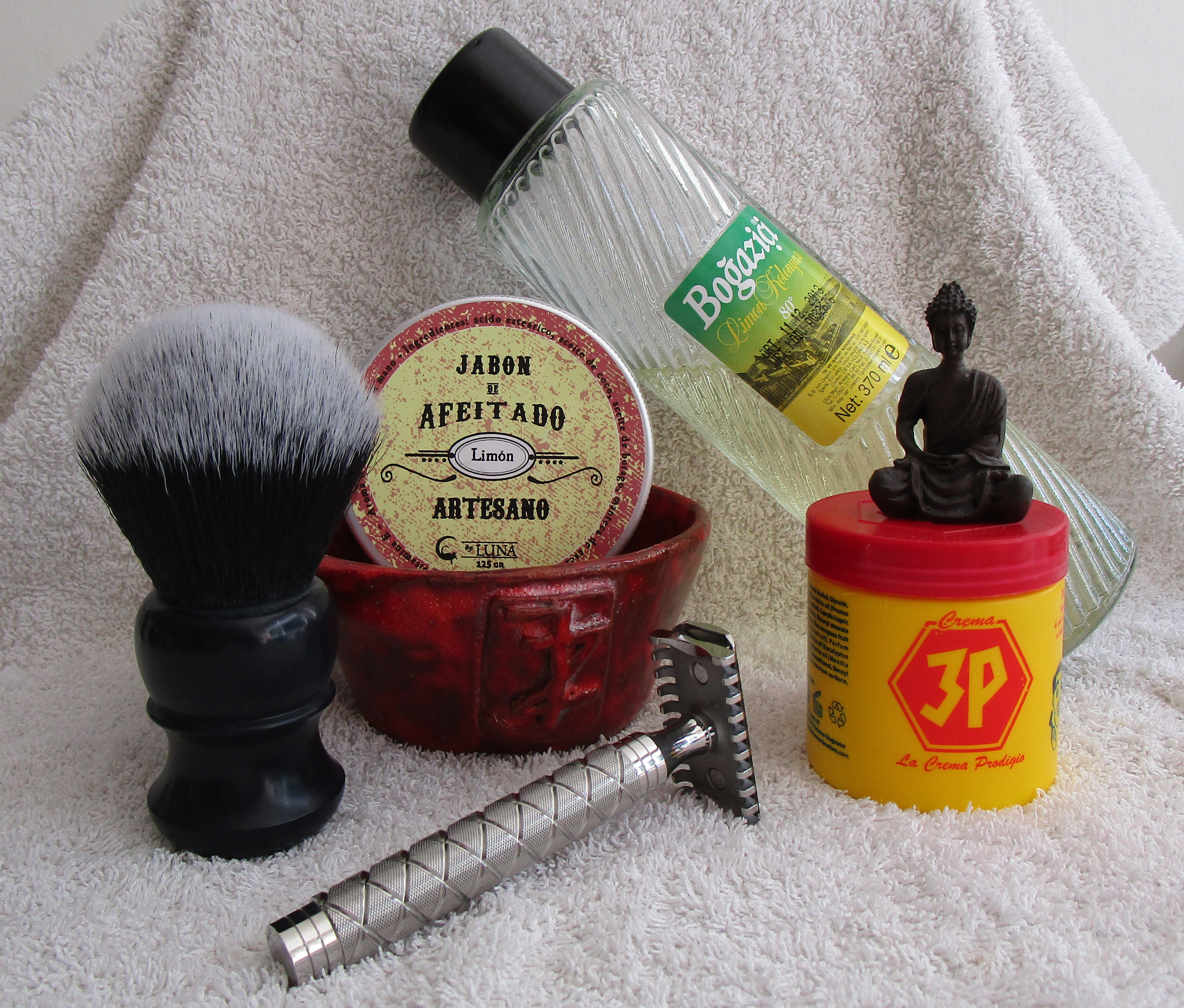 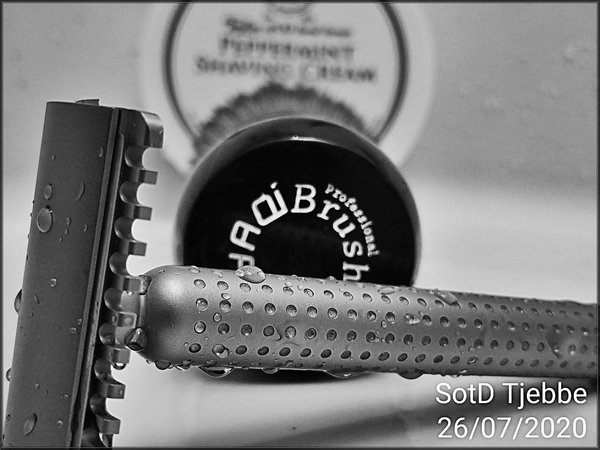 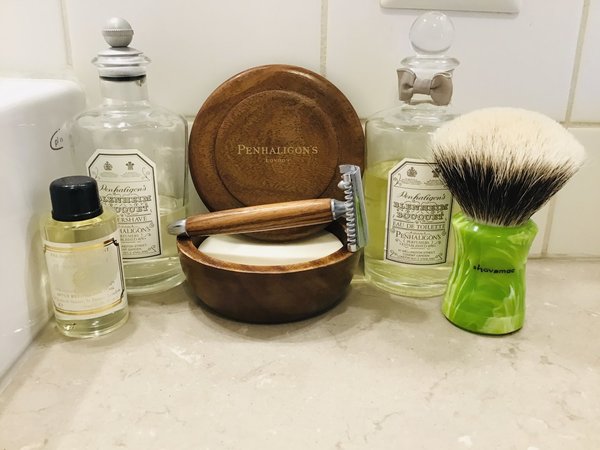 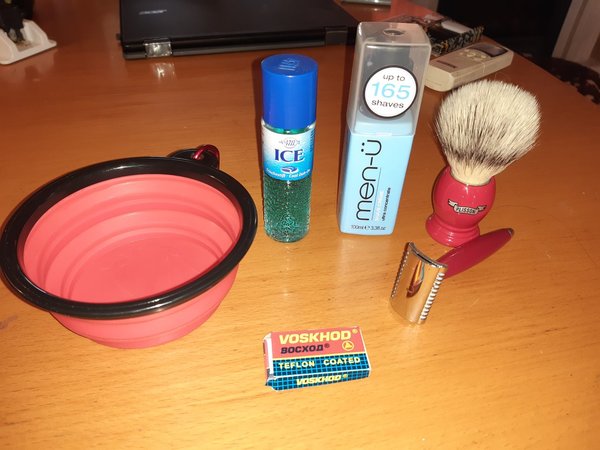 now in the right topic

CH Men of Carolina Herrera.
this aftershave found i back, after online search A few weeks back and balreadit again, is already an oldie but still one of my favorites. Love the Sweet flowery scent, combined with sweaty leather.
U 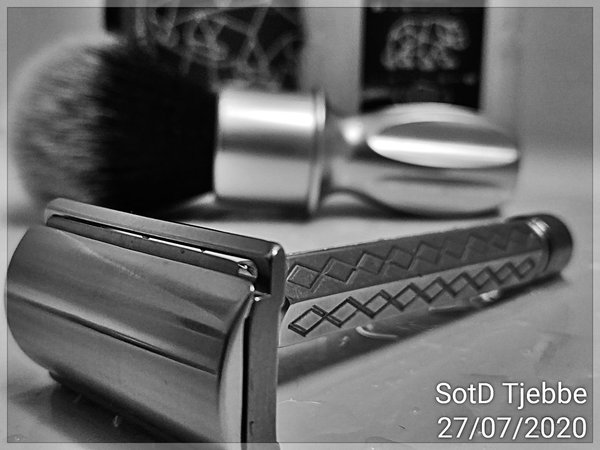 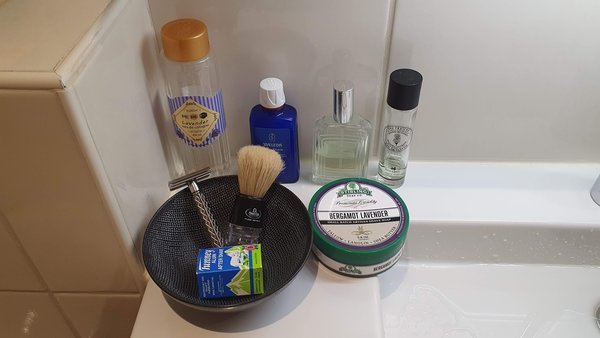 Brush and soap:
Omega 10019 and Stirling Bergamot Lavender:
Lavender in its pure form is one of the finest for me. However, the Bergamot Lavender is certainly not to be despised. So again I was very pleased with the foam, beaten with the Omega 10019 from the Stirling Bergamot Lavender. Known Stirling foam quality with a nice firm scent.
Blade and razor:
The Gillette Rubie® Platinum Plus for the 8th x used.
The Gillette Rubie® Platinum Plus did a great job again. In spite of that, the blade disappeared in the piggy bank because there was less sharpness to be felt. The Paradigm Daimondback clearly showed that the Gillette Rubie® Platinum Plus was becoming worn. Well, and since my stock is very large, don't use it until it's really uncomfortable.
Result: BBS.
Finally: In order to hold on to the delicious lavender smell, I splashed and smeared with L.T. Piver lotion Lavande, Weleda Aftershave Balsam and Panier & Sens Lavanda Edt. 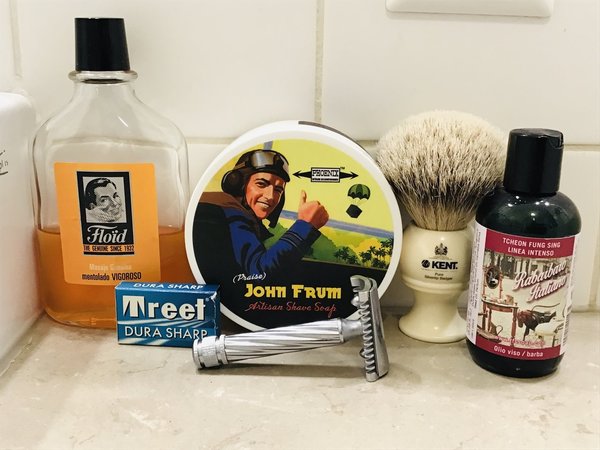 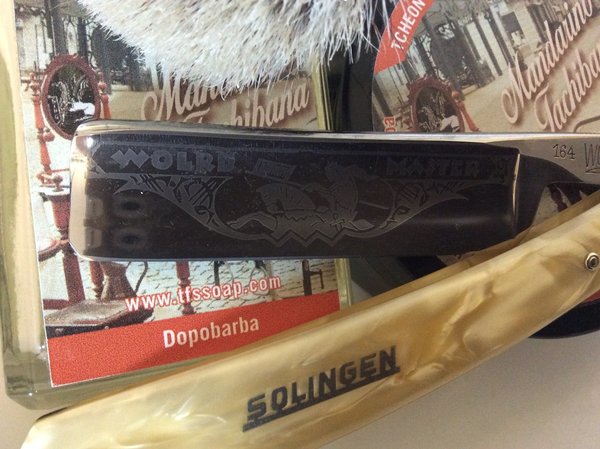 And how beaves the Fatip razor? Hans? 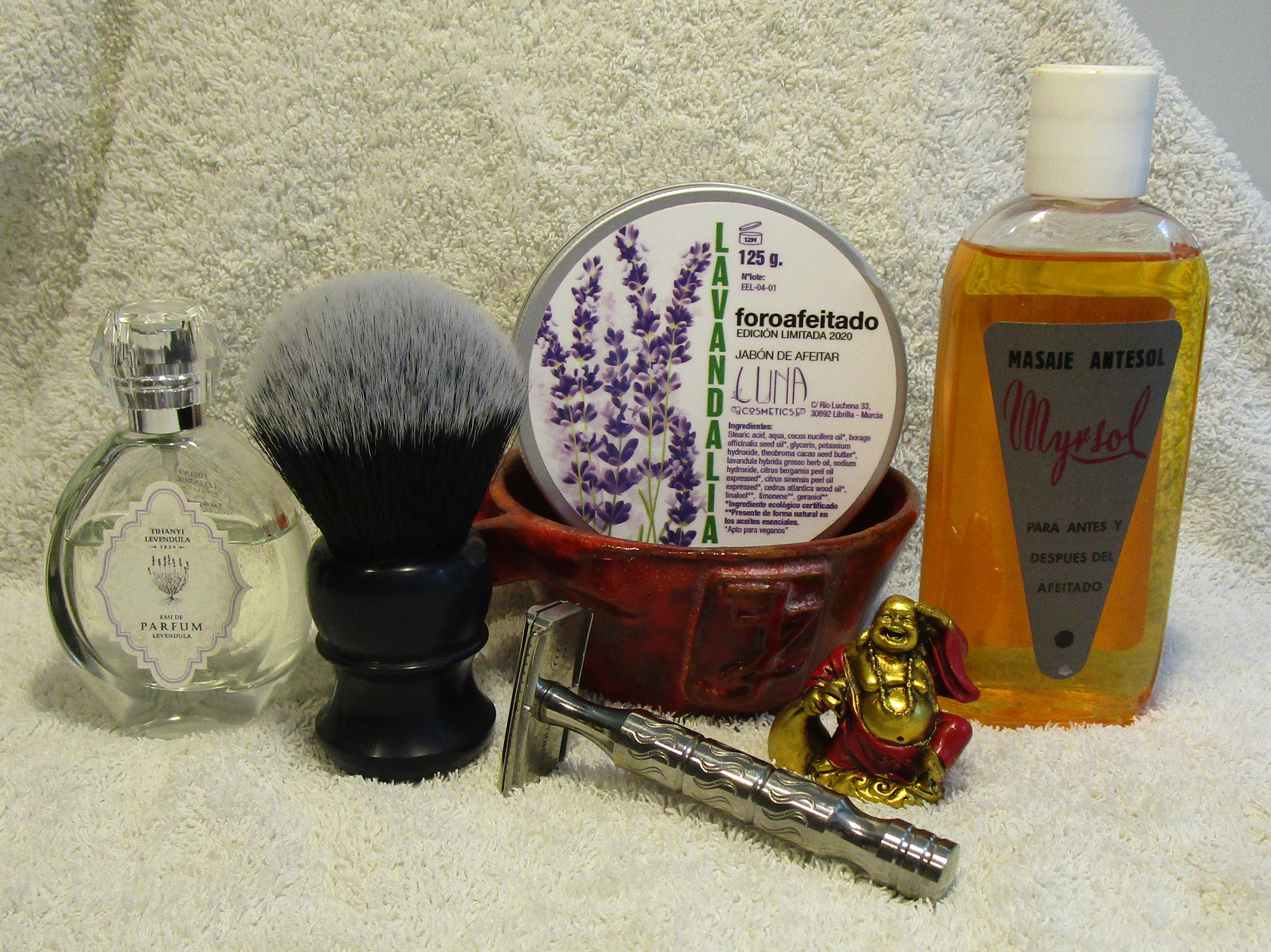 Good Evening Gentlemen. Back in Germany, today’s morning shave was 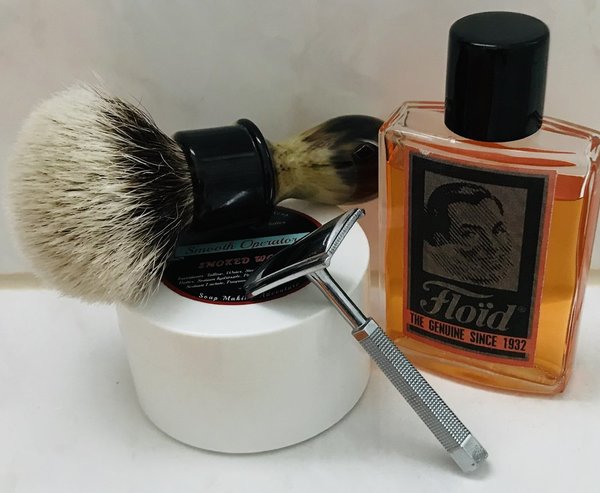