Moderator
SU-Patron Gold
A few years back I found razorblades of the Still Angle brand. Pics showed these to be far from standard, and suggested a slanted razor, so I bought a bunch. Ever since I've been searching for the razor that should hold them.
The blades: 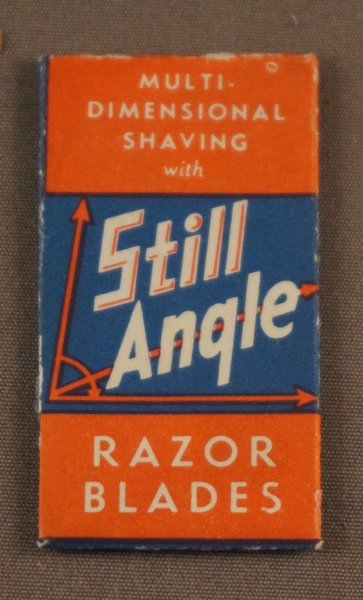 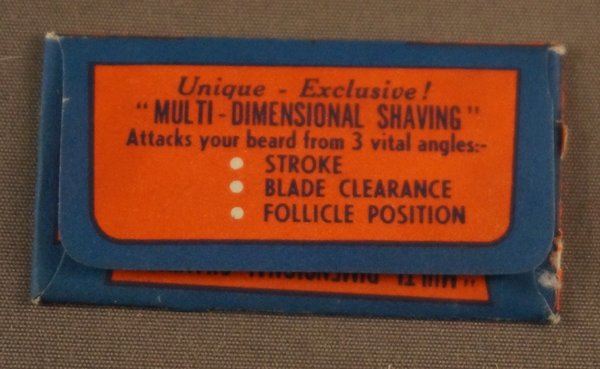 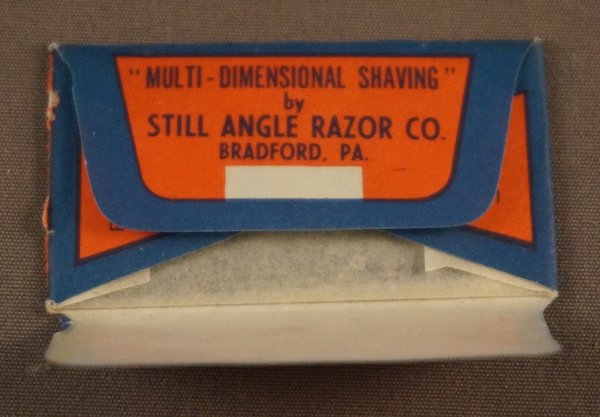 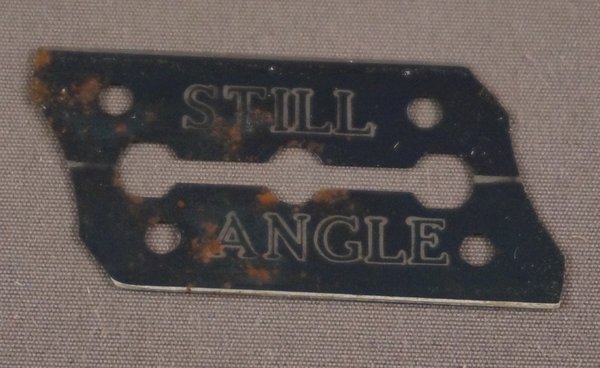 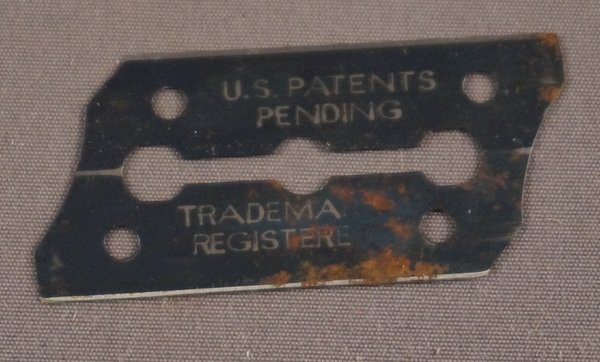 Then, recently, I found a razor advertised as the Still V.E. Razor, a vintage slant that was not in my collection. Took a while before I realized it was the razor to my blades.
Patented in 1929, US patent 1727392 by Lawrence Briggs of Toronto Canada. Produced by Still Razor Products, Bradford Pennsylvania. Cap is branded V.E. Angle, has four tiny posts for alignment on the underside. The handle is annoying as you can only hold the razor correctly with your right hand, for a lefty the natural angle is shaving with the short sides.
One of the bars looks bent, but only from the top, the rest is straight. No idea if this is intended.
Waits Compendium does only show an advert for the razor, there branded Still Angle, and has no pic of the razor itself, however the ad clearly shows this razor, and claims adjustability by loosening/fastening the razor, and also claims no alignment issues whatsoever. 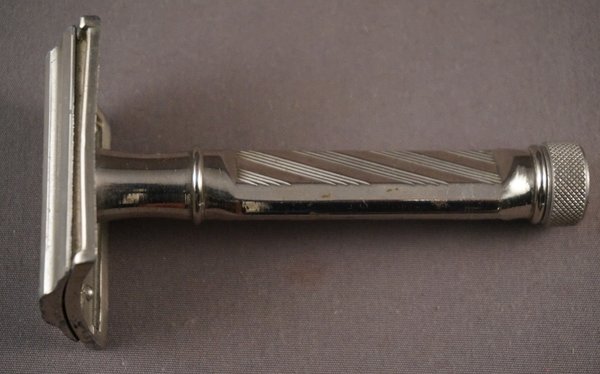 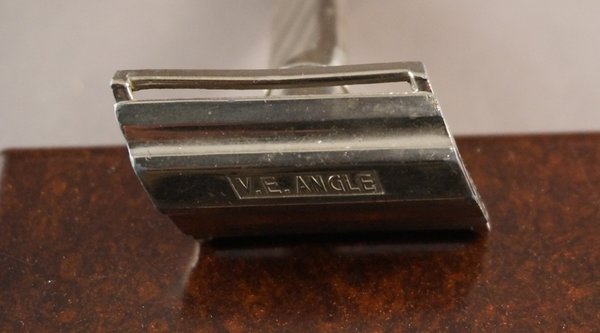 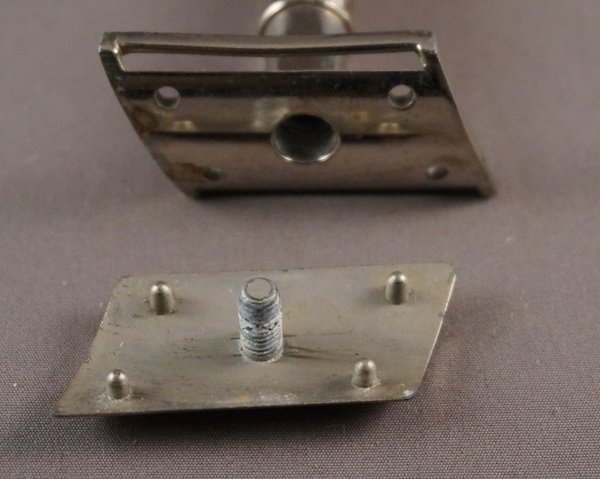 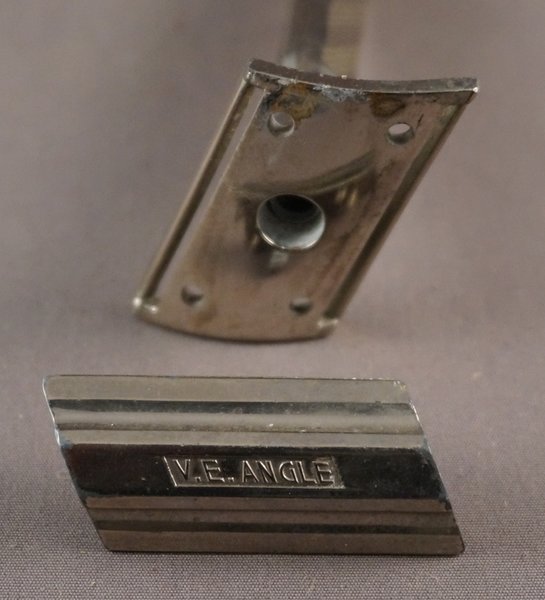 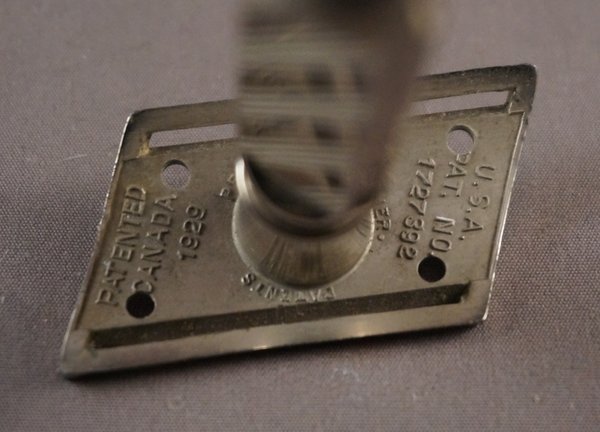 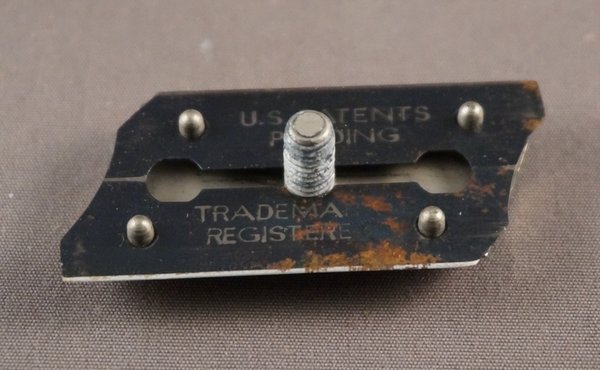 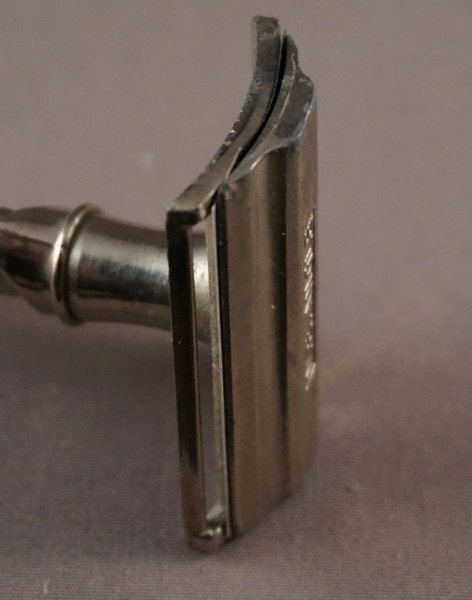 Woops, interesting and scary at the same time, Richard! - Will you shave with it?!?!?!?!

I wonder what the fascination of such a blade was in the old days. This one beats them all by having four alignment posts.

If I an find a blade that looks good enough that I can hold it to my face without getting rust poisening (or worse). To that end, I've ordered a hundred more.
Cheers!
Richard